Fantastic Beasts: The crime of Grindelwald is an adventure, fantasy American-British production film released in 2018. The film is the second sequel of the previous film “Fantastic beasts and where to find them”. The film is written by J.K Rowling and is related to Harry Potter and directed by David Yates.

The film began with the Harry Potter film series and is the tenth film in the Wizard World Franchise. The film starring Eddie Redmayne, Johnny Depp, Katherine Waterston, Dan Fogler, Alison Sudol, Ezra Miller, Zoë Kravitz, Callum Turner, Claudia Kim, and William Nadylam. The movie describes the adventures of Magic-zoologist Newton Scamander, who is a kind and brave hero, but lacks social skills and nerdy, and Albus Dumbledore to put down the dark wizard Gellert Grindelwald as they face new challenges in the Wizard World. 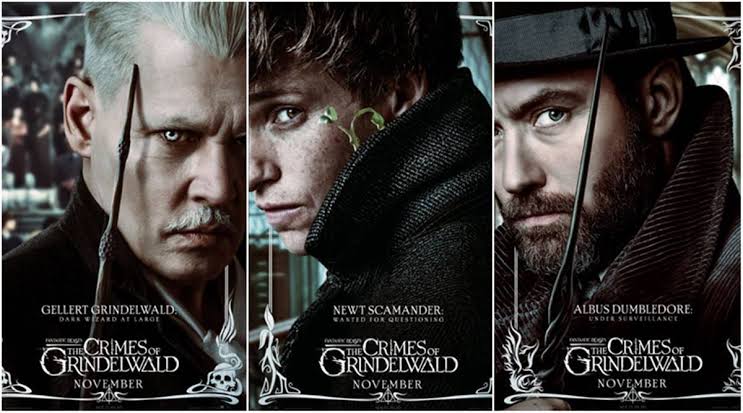 Plot and Overview of Fantastic Beasts: The Crimes of Grindelwald

The story starts, showing the dark wizard Gellert Grindelwald played by Johnny Depp, being brought to trial in 1927 by the Magical Congress of the United States of America (MACUSA). However, when Grindelwald was transferred to London, he escapes from the trail. Later after three months, Newton visits The British Ministry of Magic, where he came across his old Hogwarts friend Leta Lestrange, who is currently Newt’s brother’s fiancée.

In the Ministry, the great professor Albus Dumbledore suspects that Credence might be in danger and asks Newt to save Credence from the wizard, Grindelwald. He also believes Credence, who is now in Paris, is Leta’s long-lost half-brother.

When Newt returns home, he notices that his assistant Bunty gets an arm scrape. He also finds his American friends Queenie Goldstein, and Jacob Kowalski has paid him a visit. And to his surprise, Jacob recollects his past memories, which got erased earlier. He also got disappointed when he heard that Queenie’s sister Tina Goldstein had moved on from him after she mistakenly thought Newt and Leta are engaged. He realized that Jacob was put under a spell by Queenie to make him fall in love with her. Newt lifts him from the spell, and Jacob denies marrying her due to the marriage ban between muggles and magical people/wizards.

In Paris, Credence was working under a barbaric ringmaster, Skender, and manages to escape them. Tina, on the other hand, meets Yusuf Kama, who is also searching for Credence. Newt and Jacob find Tina and gets to know that Yusuf has made an unbreakable vow to kill Credence, and he might be his half-brother. Worried, Newt and Tina meet Leta, and the misunderstanding among them gets cleared. Leta also reveals that while sailing to America, she got irritated by her small brother’s crying, she exchanges him with another infant who is Credence. And unfortunately, the ship sank, and her real brother died.

Queenie joins Grindelwald’s rally, where Jacob comes to search for her. Grindelwald asks his followers to spread the message about his vision of a future global war across Europe and entreats a ring of blue fire that kills the Aurors. And only his loyal followers can safely cross it. Other followers, including Queenie and Credence, escapes, but Leta chose to sacrifice herself for the sake of others. Several wizards got killed in the fire.

That time, Newton decides to fight against Grindelwald. Because of a childhood unbreakable vow between Dumbledore and Grindelwald, Dumbledore cannot fight against him. But, Newton assures that he might break it. Grindelwald tells Credence that only he can destroy Dumbledore. Surprised by hearing it and to test out the strength and power, Credence blasts the side of a mountain. 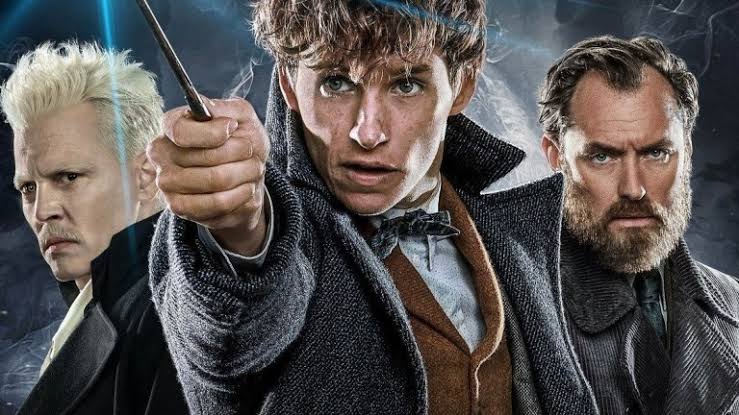 Newton Scamander, played by Eddie Redmayne, is the protagonist of the movie. He works in the British Ministry of magic under the Department for the Regulation and Control of Magical Creatures. He is a known magizoologist and has good knowledge about it. He is a trusted person of Albus Dumbledore. He dies a solid-job and gives an excellent performance in the movie. His screen charm is praiseworthy.

Johnny Depp plays the character of Gellert Grindelwald, who is a legendary, powerful dark wizard who causes brutality, dread, and chaos around the world. He wants to lead a new Wizarding World Order based as he Considers himself superior to others. Johnny Depp portrays his character perfectly and proves himself as a versatile actor. It was his idea to make the character’s heterochromia.

Katherine Waterston plays the role of Tina Goldstein, who works in Magic Congress of the United States, and is an Auror. Alison Sudol plays the role of Queenie Goldstein, who is pretty and cunning. She is the younger sister of Tina, and she uses a magic spell on Jacob to make him fall in love, which was against the wizarding law to marry a non-magical person. Jude Law plays the role of Albus Dumbledore, who is an influential and mighty wizard in the British Wizarding Community and is famous for his academic excellence.

The performance of all actors was well appreciated, and every one of them had something different to offer in their roles. 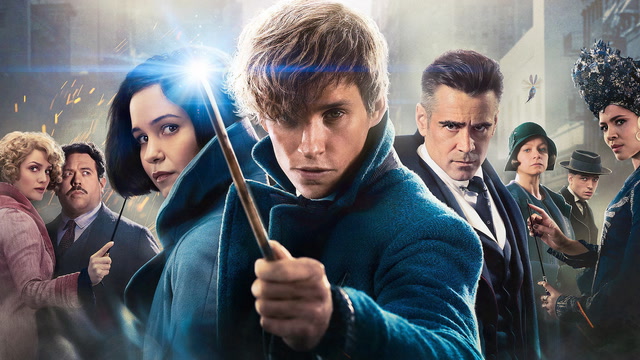 Direction and production of Fantastic beasts: The crimes of Grindelwald-

The film is directed by David Yates and produced by David Heyman, J. K. Rowling, Steve Kloves, and Lionel Wigram, and Warner Bros. The film is based on the characters written by J. K Rowling is very famous for her character Harry Potter. The music was directed by James Newton Howard, and the cinematography was done by Philippe Rousselot.

The film was released on 16 November 2018 in the United States and the United Kingdom. It is 134 minutes long. The movie had a budget of 200 million dollars and earned a box office of 654.9 million dollars. Fantastic Beasts: The Crimes of Grindelwald got two nominations at the 72nd British Academy Film Awards in the categories of Best Production Design and Best Special Visual Effects. The film also received 11 nominations overall and won two awards.

It is rumored that a third sequel would get released in 2022.

Critics and audience review of the movie-

The film received mixed reviews. Even if the film had excellent work of cinematography, visually stunning, direction, entertainment, soundtracks, and performances by the actors. Yet, the film is considered to be unnecessarily complicated. The portrayal of the Magical beasts adds the best visual to the film and looked real. The story has a lot of plot twists and sudden revelations, which may have confused the audience. Yet, in the end, everything seemed sorted out.

The locations and the visual effects on them were attractive. The last thirty minutes were excellent and made it worth the watch. 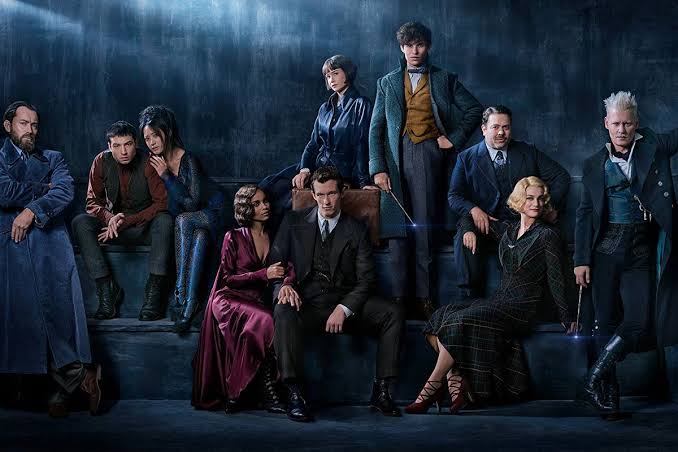 The overuse of spells and magic in the story was a thumbs down, and it seems it could have been avoided a bit. The dark and intense movie scenes were greatly liked by Harry Potter fans and the audience. Eddie Redmayne and Johnny Depp delivered brilliant performances and added life to the character. Undoubtedly, they were the attraction of the movie.

The film shooting got a bit delayed, and it was controversial because of the accusations of domestic violence Johnny Depp was facing at that time, though lastly, he was proved to be not guilty.

The second sequel was better than the first Fantastic Beasts, and a lot of scenes improved in terms of intensity. The film got a negative response because it seemed different from other films, and it looked like a risky experiment. The main characters deserved more screen timing and detailing. The dialogues used were difficult and confusing. It continuously shifted the audience’s attention and made them uncertain and overburden about what’s going to happen. The relationship between a few characters was sudden and bizarre.

The film is underrated as many people got confused because of the different storyline and complicated narrative, yet a mature plot. Harry Potter fans were satisfied with the film, as many characters were based on it and had references from it. So, if you are a fan of movies surrounded by magic, spells, and are familiar with Rowling’s writing, knowing she always has a different and unexpected twist to offer, this film should be on your list. My ratings for the film, Fantastic Beasts: The Crimes of Grindelwald would be 4 out of 5.

All American Season 4 Episode 4: Release Date, Recap & Where To Watch

The fourth season premiere of 'All American' takes place soon after Mo's sad death, including both Coop and Preach. The...

Are Itadori and Choso Brothers For Real? Who is Their Common Parent?