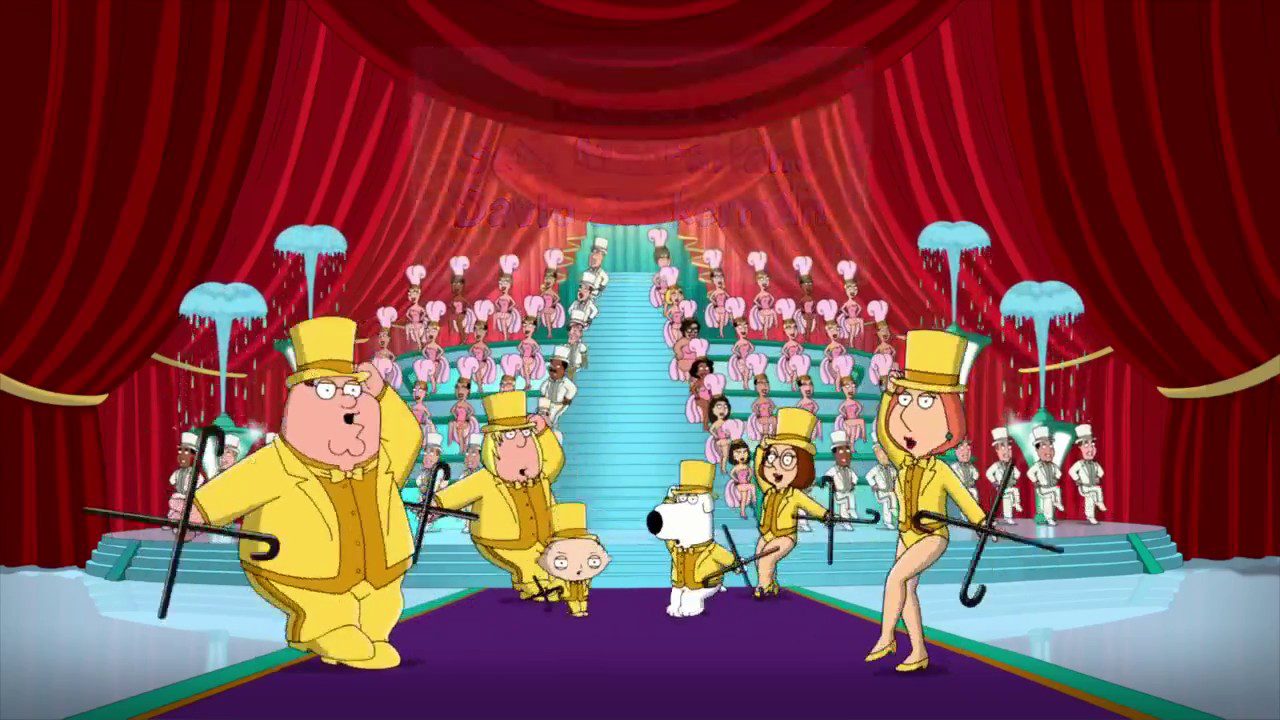 Family Guy Season 20 Episode 3 sees an unexpected friendship formed between Quaigmaire and Brian. Quagmire seems to be trying to get someone’s attention and Brian seems to be the only one who could help him here. Talking about help, Stewie has found himself taking one from Chris when he finds himself in a mess on Halloween. So anyway, before we move to this Halloween-themed episode that may appear next week. We thought let’s look at the recent Rock and Roll special episode that the show revisited.

Much like the finale of Season 19, Family Guy once again explored a themed episode. Last time, it was Peter and his friends re-enacting their greatest sports stories. This time around, they were retelling the stories of their favorite rock legends. Starting from The Doors frontmen Jim Morrison to Mississippi’s Muddy Waters who invented Rock and Roll. Lastly, the legendary Elton John’s story is right from the mouth of Stewie. Here is a quick look at what it was all about before we move to Family Guy Season 20 Episode 3.

Previously on Family Guy Season 20, we opened up with Peter and his friends at the record store. As they were buying themselves new music, the discussion about the greatest rock legends began. It started with Peter telling the story of The Doors Frontman Jim Morrison from his perspective. Taking us into the 60s, Peter began on how Morrison met his bandmates in the first place and unexpectedly began forming a rock band. Then moving to how Jim fell in love drifting himself apart from the band.

The story continued with how Jim Morrison had stage freight and how he used to perform by not facing the audience upfront. To the point, a producer wanted to sign Morrison for a musical contract along with his band. Until the night that marked the end of Jim Morrison’s rock god status and how he died in Paris after heroin overdoes and drowning in his bathtub. 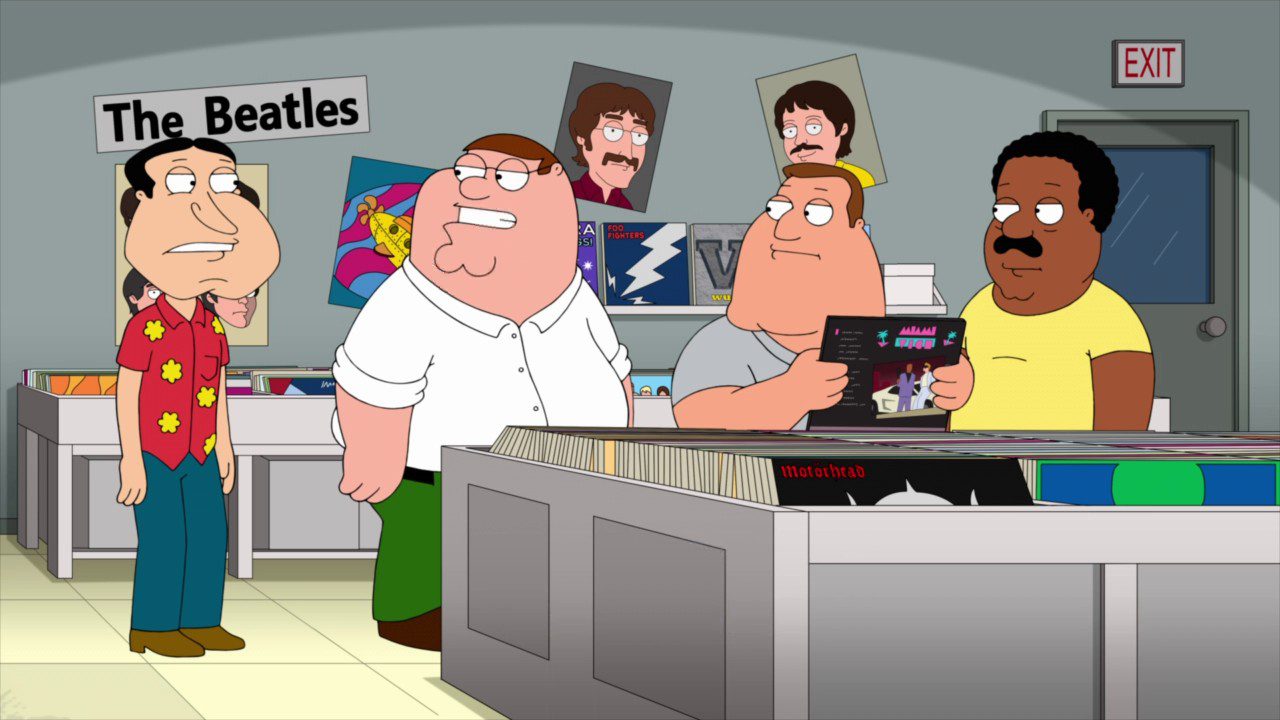 As Peter claimed it’s the white guys who invented Rock and Roll. That’s where Jerome came into discussion telling the story of a black man who actually invented Rock and Roll. The story of Muddy Waters but instead he referred to him as Muddy Drawers. Right from Mississippi, Muddy came from a poor family. He had his eyes sight on mastering the guitar. For this, he went so far as to even deal with the Devil for a soul.

With that, Muddy went on to create the sound of Rock and Roll that kept his sound mixer on edge. Muddy soon received his first music contract. Then came some challenges where Muddy had to go to perform in the most racist towns. There he befriended a white man who supported him and helped him in all ways. Until he stole his music revealing himself as Elvis Presley. 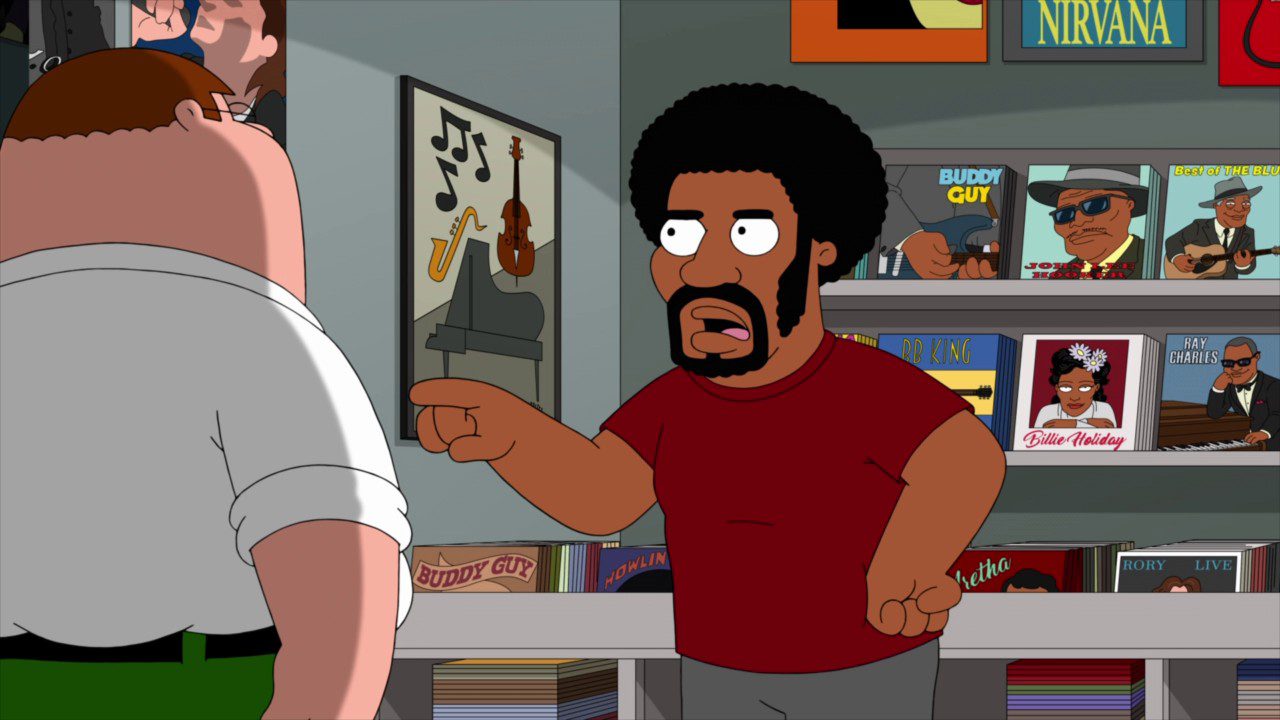 Next, Stewie walked into the record store to buy an Elton John record. Thus the story of Elton John began. Right from his rough childhood to meeting songwriter Bernie. John’s songwriter had to marry three times to prove he is not homosexual. As Elton John signed a music contract, he had a lot of loads for recording music but it all paid off. John’s story came to an end with a scheduling error and him attending the wrong party.

The episode came to a close with the guys mentioning the four men who started a band in 1962 and changed the world forever. Peter and Glenn both had different bands in mind. Peter spoke of Steve, Dal, Bob, and Robin of The Trashmen while Glenn spoke of John, Paul, George, and Ringo of The Beatles.

Family Guy Season 20 Episode 3 is releasing on October 10, 2021. It is titled, “Must Love Dogs”. The official synopsis of the episode says Quaigmaire comes across as an avid dog lover and to impress he wants to pretend to be one too. So he takes Brian to his side for help. Now he just needs to make sure that he doesn’t make much use of Brian that may hurt his feelings leading to something he didn’t expect. Plus, how long can he actually hold this act together is something to look at too.

Meanwhile, it’s Halloween and everyone is out there celebrating. Even Stewie too who unfortunately sees his candy stolen by someone. Now he wants to figure out who he is and Chris has turned up for all the help his brother needs. All in Family Guy Season 20 Episode 3.