Family Guy Season 20 Episode 11: What Will Go Down? 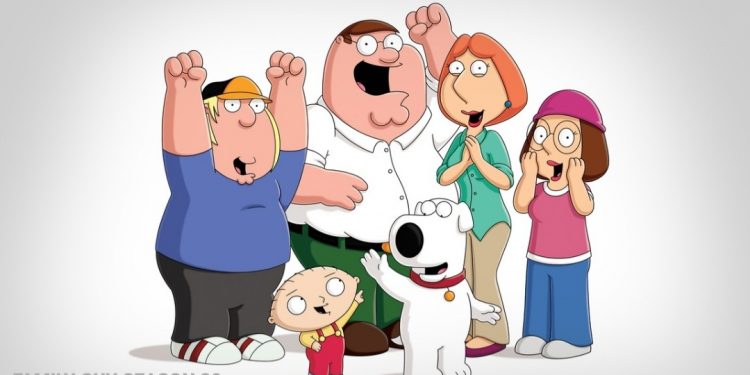 ‘Family Guy’ Season 20 Episode 11 will release next year after a hiatus due to the Christmas season. Following the hiatus, the show will return on air with an episode involving Peter’s accident and Stewie’s weird affection for Lois’s masculine physique. The synopsis sheds some light on the weirdness and hilarity that will ensue in the next installment. We will also see Jesus making an appearance and helping Peter with his problem regarding the choir boys. The cast for the next episode includes Seth MacFarlane, Alex Borstein, Seth Green, Mila Kunis, Patrick Warburton, and Arif Zahir.

Titled “Mister Act”, Episode 11 is written by Artie Johann while the directing credits are still to be announced. Let’s now delve into all that episodes 10 of 11 of the ongoing season entail. Spoilers ahead!

Episode 11 of “Family Guy” Season 20 is set to release on January 9, 2022. The official synopsis reveals that the upcoming episode will see Peter have an accident. The accident will make his voice very high-pitched. Jesus will come to his rescue and help him fend off the choir boys. Meanwhile, Stewie will develop the loves for none other than Lois. He will find her new masculine physique rather attractive. So, a lot of typical “Family Guy” weirdness and gallows humor will ensue in the next episode. There are currently no promos available for Episode 11.

‘Family Guy’ Season 20 Episode 11 will air on FOX on Sunday, January 9, 2022, at 9:30 ET. New episodes of Family Guy air weekly on Sundays. However, the next episode will return after a 3-week hiatus. You can watch Family Guy online on Fox’s official website. You can access Fox station via live TV services such as Fubo TV, DirecTV, YouTube TV, and Hulu+Live TV. There’s also an option to rent or purchase individual episodes of Family Guy via VOD platforms. These include Amazon Prime Video, iTunes, and Google Play Store.

Episode 10, “Christmas Crime”, opens with the Griffin family watching the TV together. The advertisement running on the TV catches Stewie’s interest — it’s about a toy panda. However, it’s much more than a toy panda, as we soon learn. The advertisement is a dig at China’s alleged repertoire when it comes to spying on other countries through their homemade appliances and toys. “Happy Asking Panda” is the name of the toy panda, who looks anything but cute.

The advertisement runs like a menacing warning, devoid of any subtleties when it comes to the toy’s purpose. The made-in-China toy panda isn’t like other toys. It asks questions and the more questions the innocent kids answer, the happier the panda becomes. However, the questions are pointedly personal and seek confidential information. Everything from the credit card information to the parents’ political affiliation to the average household income — it asks it all. The panda’s Terminator-esque eyes glow red whenever he’s happy, or when credit cards are held in front of him. However, the data-hungry panda is only a cute toy for the kids. Stewie is not so different either, he wants the panda.

Brian comments on how Stewie is manifesting the same consumerism upon which Christmas is built. We soon learn that Brian hates Christmas. Meanwhile, the Griffin family is leaving for the annual Tree Lighting. The mayor welcomes all and addresses the gathering. He then unveils the Nativity scene he built. Brian takes objection to a religious display at a government property. Everyone else tells him to cheer up. Later at the pub, Peter and his buddies decide to mess with the drunk Brian. They decide to play only Christmas songs to piss him off. Brian confronts them and again goes off on speech on how Christmas is all about consumerism.

Annoyed with the boys, Brian heads off, driving under influence. He loses control of the wheel and crashes his car is into the Nativity scene at the Town Hall. Fearing what they might do to him, he crams all the rubble into his car’s trunk and parks it at the airport. Meanwhile, the missing Nativity scene becomes news. Mayor Wild West sets off to find the culprit. His investigation eventually leads him to Brian. He tries his best but finally gets caught. Mayor sends him to prison. At first, Brian claims he’s finding it great at the prison. At least he doesn’t have to tolerate the Christmas spirit he so hates.

Through his prison window, he sees his family celebrating Christmas. Stewie has bought that toy panda who’s hogging all the credentials he can. Chris has kind of replaced Brian’s role as a dog in the meantime. So, the usual Griffin family shenanigans. However, these shenanigans start making Brian sad. He starts realizing that he’s missing out on the Christmas spirit and quality family time. As he regrets his action, Mayor arrives and tells him he’s free to go. He says he only wanted Brian to realize that he was the only one who understands the true meaning of Christmas. Brian returns to his family and celebrates Christmas. Meanwhile, the toy panda company collapses because Griffin family’s assests were worth less than what they spent making their toy panda.

How I Met Your Father: Is The HULU Spin-off Going To Be Legendary Enough?