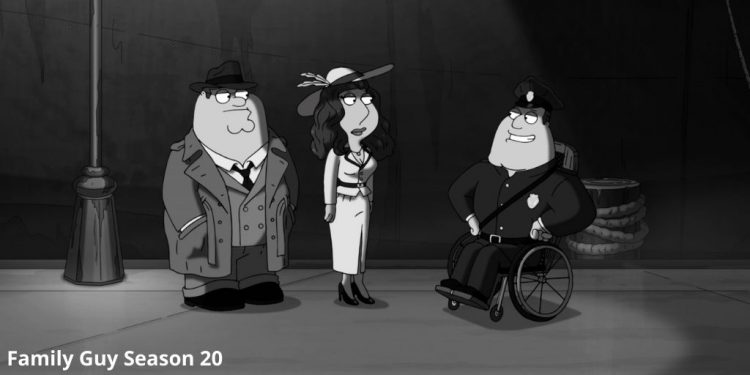 Yet another episode of the animated sitcom has been released and the fans are wondering about what is next in store for them from the show in Family Guy Season 20 Episode 10. The previous episode gave our characters a change of name and role. Moreover, the show was based in the year of the great depression in America. We saw Peter as Detective Mac Bookpro, Lois as Hedy, Meg as Sister Meg, and Stewie as Macbook Pro’s secretary. Meanwhile, Chris was a man named Carol and Brian was a news reporter. Furthermore, there were other regular characters in different roles.

The American animated sitcom has been going on for quite a long time since it first came out on 31st January 1999. The show has been hugely popular not only in the United States but around the world as well. Moreover, the show has managed to be among the top known popular animated sitcoms even though it is an adult show. A popular American actor named Seth McFarlane has created the show. In addition to that, he is also the lead voice actor on the show voicing for the character Peter Griffin.

However, Seth is not only famous for “Family Guy” but other popular animated sitcoms such as “American Dad!” and “The Cleveland Show”. Coming on to the other voicing cast members of Family Guy, it includes, Mila Kunis, Alex Borstein, Seth Green, Patrick Warburton, and many more. The twentieth season of the show kicked off on 26th September 2021 and has been going strong. Now the fans are eager to watch Family Guy Season 20 Episode 10. However, let us first take a recap of the previous episode to find out what was the story all about. 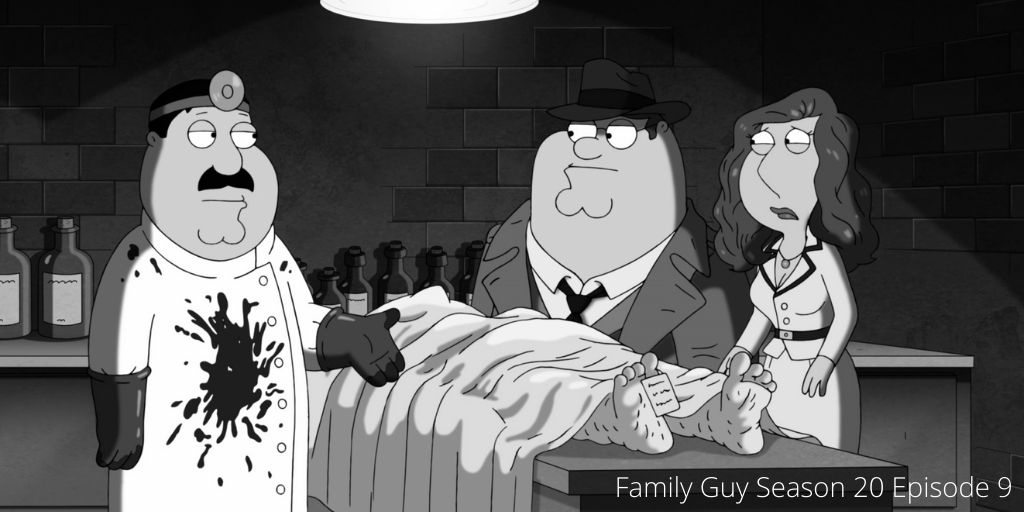 Episode 9 of The Family Guy came out on 28th November 2021. Furthermore, the episode was titled “The Fatman Always Rings Twice”. The episode took us back to the year of the Great Depression. Private Detective Mac Bookpro got a visit from a lady named Hedy Toothgraze who came there for a case of her missing daughter. She had given away her daughter to the church and she was a nun there. Detective Mac took the case and started his investigation with the church where he met the Cardinal. He questioned the cardinal about Megan but he had no idea about her. While coming out of the church, he met his old friend named Red Wiener who was a news reporter.

He mentioned getting a call from Megan a few days ago to meet at the speakeasy, but she disappeared. So they both went to the club to find out about her but didn’t get any information. But the bartender warned them about the cardinal being shady. However, Mac wasn’t stopping here so he met his friend at the police station named Ace who also warned him about the cardinal. Meanwhile, things got dangerous for Mac when he got cornered by Bogey and Bacaw. They warned him to stay away from the case and he was about to consider that. But then he got a call about Sister Megan’s body being found who was shot in the head. Later he got some photos from a reel found with Megan’s body and learned from a guy named Carol that the cardinal was the illegal alcohol supplier in the town.

So Mac went to see the cardinal but was framed there when someone murdered the Cardinal. However, Wiener bailed him out and he went to see Hedy at the docks who was leaving town. He thought of her to be involved in the case. But he got surprised seeing a particular orphan alongside Megan in a photo that looked familiar. The next moment, Mac’s secretary came out who was dressing up as a woman all this time. He told how Megan was mean to him at the church so he killed her as revenge. Meanwhile, he killed the cardinal because he didn’t stop Megan while she was being mean. Whereas, he framed Mac because it was Mac’s fault that he slipped and broke his leg. However, before he could shoot anyone, Ace came along with the police and arrested him.

Also Read: What To Expect From Bob’s Burgers Season 12?

The viewers are excited to watch another episode of the season after the previous episode. “Family Guy Season 20 Episode 10 will release on 19th December 2021 at 9:30 pm ET on Fox.” Moreover, the episode will be titled “Christman Crime”.  The next episode will see Brian facing an accusation of ruining the nativity scene of Mayor West. However, the viewers will have to wait a little longer for the Christman special episode. Since the show will be taking a 3-week break before it returns. So stay tuned for the episode to find out what happens.

Also Read: Hank Azaria Apologies For The Controversial Voice Acting For The Simpsons