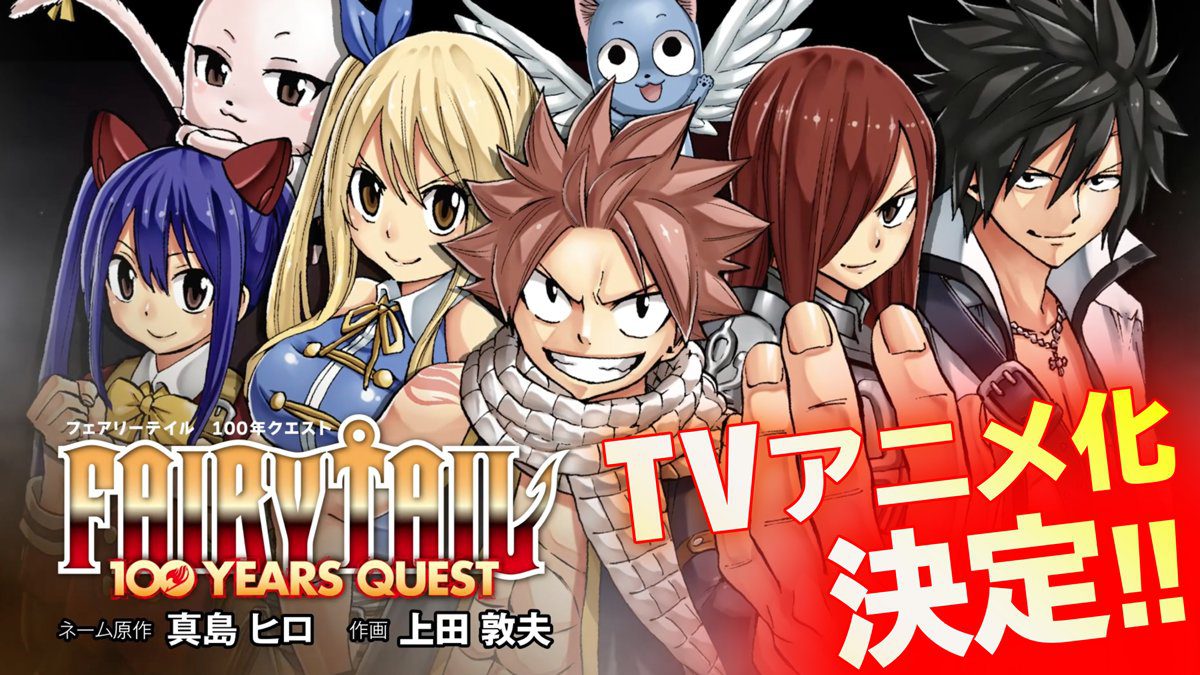 Anyone who has watched anime for a long time now knows what a fun anime Fairy Tail was. The anime was a big hit with several amazing arcs and villains that made things super enter entertaining. Fairy Tail ran from 2009 till 2019. In 2010, the anime also won the Anime of the Year award in SouthEast Asia. The show has been praised widely for its entertaining plot and great features. Within its span of 328 episodes and 9 OVAs, Fairy Tail managed to build its own fandom filled with weebs who wanted to see the series return. It’s been two years since the anime ended, and we finally have some news regarding its return? A new season? Well, Fairy Tail: 100 Years Quest has been announced, and I bet people are going crazy over this announcement!

Fairy Tail is based on Hiro Mashima’s manga that goes by the same name. It was launched in 2006 and published by Kodansha. Later, it was serialized by the same in its Weekly Shonen Magazine. The Fairy Tail manga was compiled into 63 volumes, each of which was encased into bright covers. It revolves around a world where different wizards join guilds and complete missions for money. Lucy, enthusiastic about joining the Fairy Tail guild, meets Natsu Dragneel by chance. Natsu was a very strong wizard from Fairy Tail who could breathe fire. After a chain of events, she finally makes it to the guild. She meets different wizards and encounters many adventures with them.

Fairy Tail: 100 Years Quest is going to bring in several nostalgic feelings for us to re-live. Here’s what we know about this anime so far!

After the Fairy Tail manga concluded in 2017, the series came back with a sequel, titled the “Fairy Tail: 100 Years Quest”. The manga takes place a year after the original series. After defeating Zeref and Acnoligia, the main characters embark on another adventure. This time they are completing a task that hasn’t been completed by anyone in the past century since the Fairy Tail guild was found: The 100 Years Quest. Thus they move to the Northern continent of Guiltina to get back into action once again. 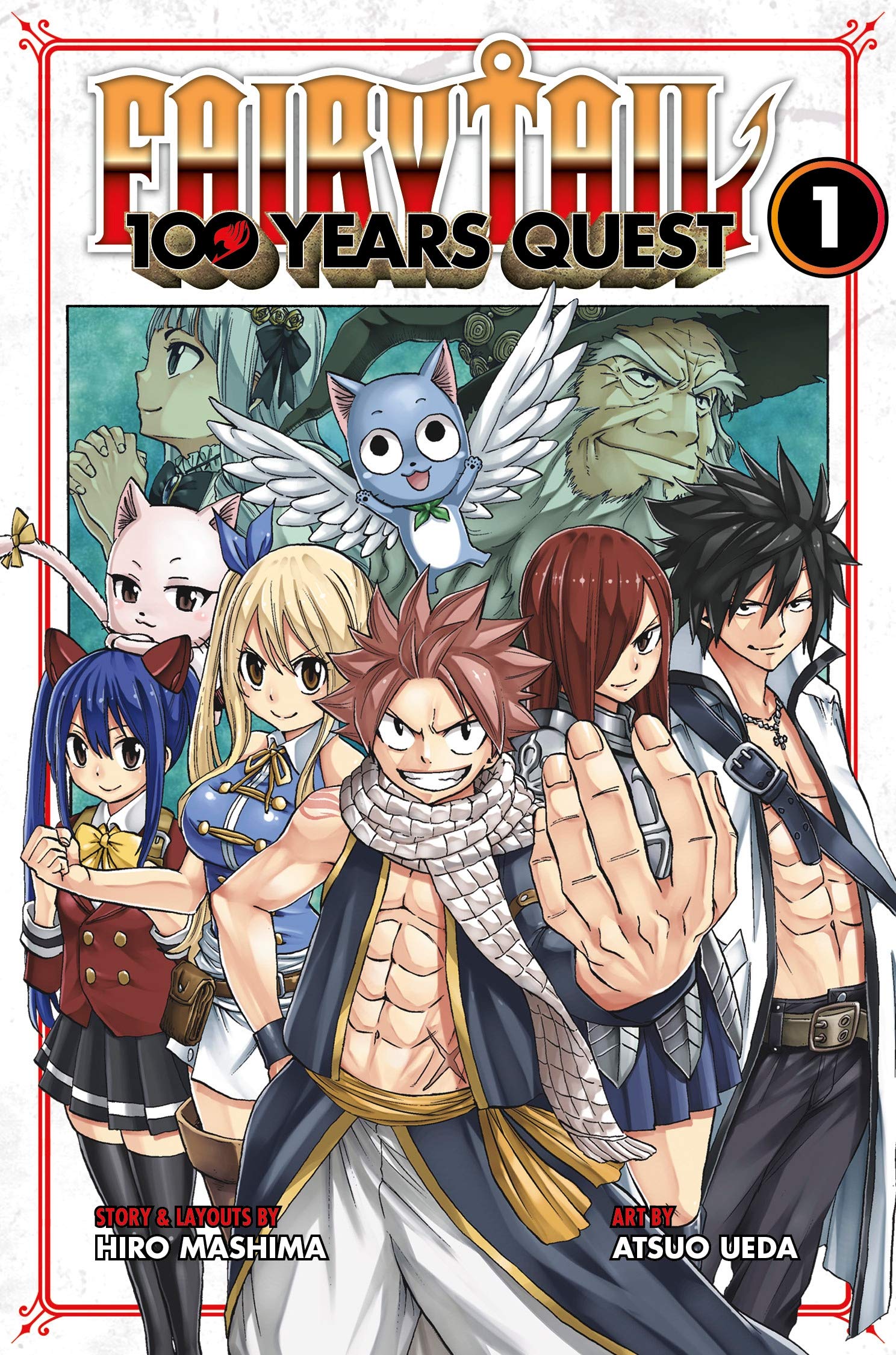 Fairy Tail: 100 Years Quest is written by Hiro Mashima and illustrated by Atsuo Ueda. The manga tries to fill in all gaps left by the cliffhangers of the parent story. New chapters are released biweekly in Kodansha’s Magazine Pocket. So far, 90 chapters have been released, out of which 76 have been compiled into 9 volumes. The manga introduces several new characters, each of which is strong and plays an important role in the story. If you are curious about the plot, you can always catch up with the manga, which is currently streaming INKR comics.

Fairy Tail: 100 Years Quest is expected to release in Fall 2022. On 11 September 2021, Hiro Mashima, the mangaka, announced that a Fairy Tail: 100 Year Quest anime was confirmed. The announcement was made during the “Hiro Mashima Fan Meeting”. Three years after the sequel manga’s launch, an anime is finally making way, which will see several exciting fans. A release date has not been specified so far, but from the looks of it, Fairy Tail: 100 Years Quest release date might be announced by the end of fall at the latest. There is a high possibility that the anime will air by the end of 2022.

A Promotional Video was uploaded on the same day as the anime’s announcement.

A lot of details have yet to be announced. There is a high chance the sequel might be animated by A1 Pictures, the studio which also aminated the parent series as well as the OVAs. With the change in the illustrator, we may see some changes in the staff too. These details will be announced soon, too, so keep checking in to our website to receive all recent updates about the anime.

Apart from the additional cast, we expect all the old cast members to resume their roles. Hopefully, there will be no change here, and if that is so, we may hear Tetsuya Kakihara as Natsu Dragneel, Yuichi Nakamura as Grey Fullbuster, Aya Hirano as Lucy Heartfilia, Rie Kugimiya as Happy, Sayaka Ohara as Erza Scarlet, and Satomi Sato as Wendy Marvell. 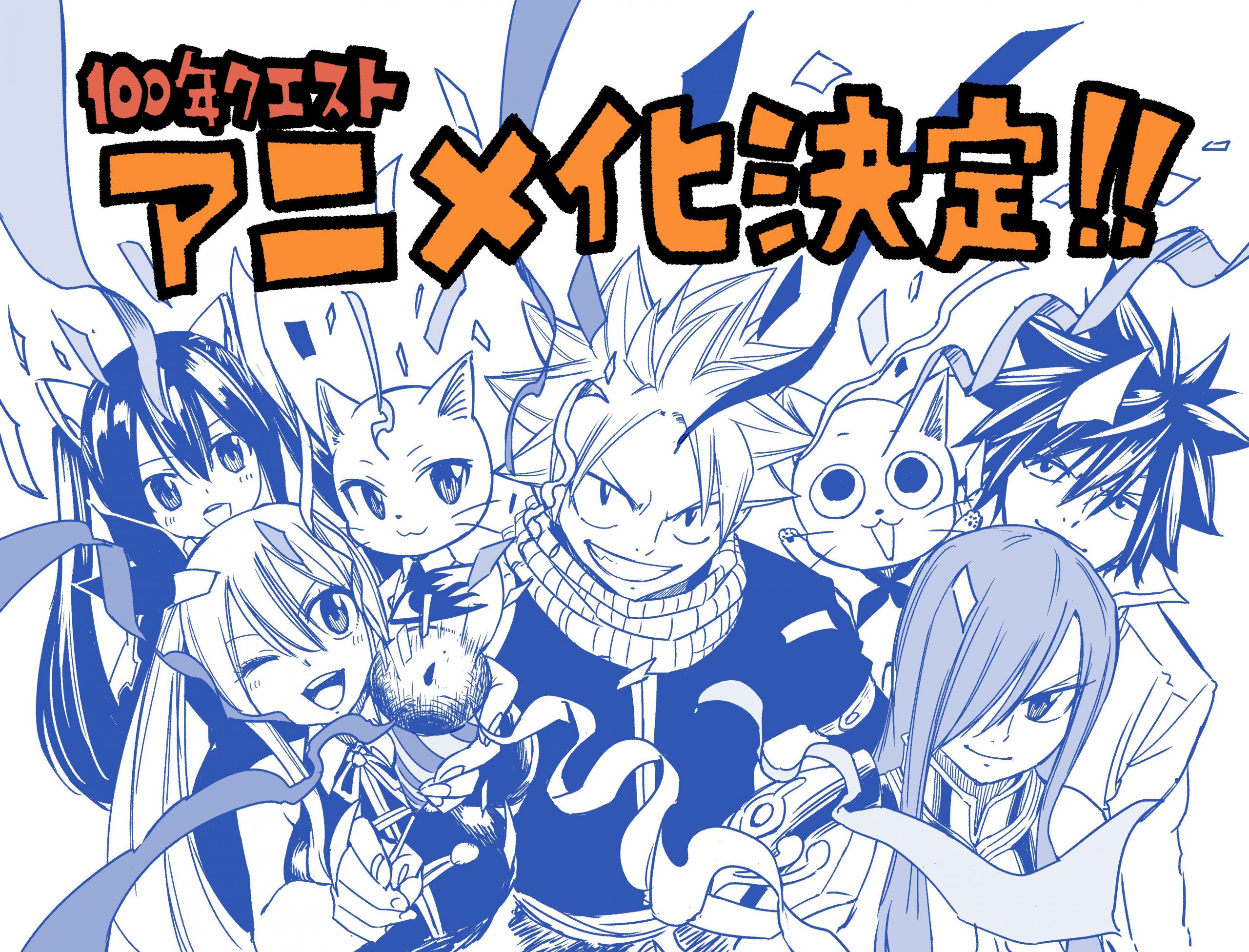