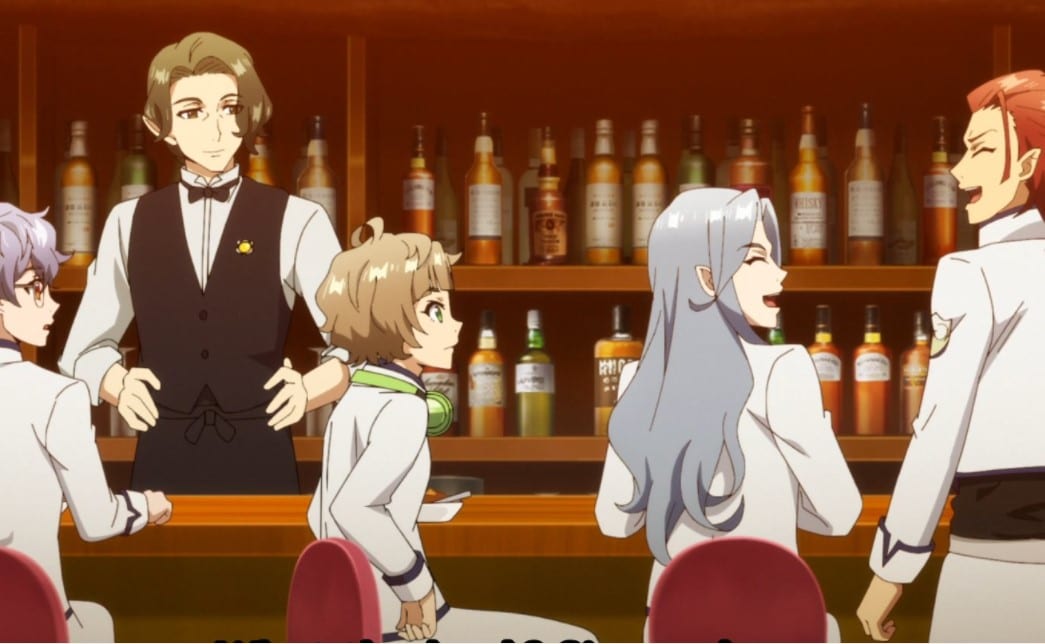 The Bar F boys are ready to save the world after receiving orders from the Queen. Queen sends the boys to protect the humans without making contact with them. The boys have completed their missions so far. However, only one task needs to get completed yet, to take down Sirius. Fairy Ranmaru has concluded, let’s see how the Bar F deals with their last obstacles. The episode begins with Takara trying to cheer the boys and serve them their daily curry breakfast. Juko complains about eating curry and rice for breakfast.

Juko wonders if something is boring about the human lifestyle. Urru, Ranmaru, and Homura enjoy eating curry like they are eating something different. Juko can’t believe that the trio got possessed with eating curry that they forget the taste. Juko asks Takara how long they will continue to live this way. Takara told Juko to stop being cold, and routine is what runs life. Homura put more hot sauce in his food, and Urru gets annoyed. Urru asks Homra about too much sauce. Homura replies that Tubosco makes stuff taste hotter. Baku is also using Tobosco, and Homura told Urru to try the sauce.

Urru tried the source, and his face turns red, and he started to breathe fire. Homura offers Uruu water. Urru comments that Homura is vulgar, just like things he likes. Homura gets furious and replies that if he doesn’t like he doesn’t have to try. Juko tries to stop the war. Urru laughs at Homura, who also laughed, and Ranmaru realizes that it is for the first time the two are laughing together. Junko asks when did the two start to get along. Ranmaru is glad that Bar F got filled with a burst of laughter.

The episode title is ”Hatred.” Hojo notices that Queen is bothered by something and asks her how long will she limit herself to this confined space. Queen told Hojo not to minds her well-being. He reminds her about the attachment they have, and they would be a sufficient foundation for rebuilding the Kingdom. Queen gets furious and reminds Hojo of his place. Hojo asks Queen about the laws that got created to prevent a repeat of past errors. She scolds him for reminding her about the past.

Hojo teleports someone’s after Queen told him to give her space. Later Hojo arrives somewhere in town and checks his watch. Sirius is near the shop that sells flowers and comments that Procyon will pay. Sirius felt the presence of Prycon and comments that Prycon has been hiding in this world. He floats in mid-air and performs magic spells. Meanwhile, the Bar F boys are enjoying a hot shower, and Ranmaru felt the presence of Sirius. Urru notices that wicked souls got send all over the human world.

Ranmaru dashed towards the scene, and Juko wonders where Ranmaru is going. Takara and the Bar F boys assemble and talked about the incidents. Juko notices that the wicked souls incidents are trending all over social media. Takara comments that they can see this as an attachment-gathering free-for-all. Urru reminds Takara that it is not time for self-service thoughts. Homura wonders where Ranmaru went to, and Urru reveals that everything in the human world will affect the fairy world. 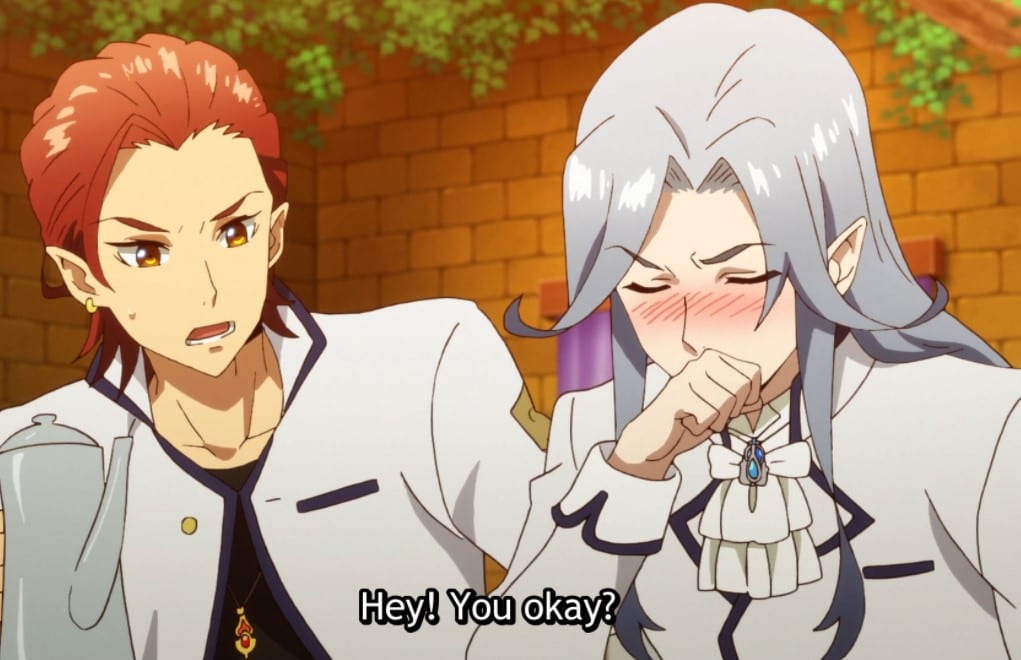 Takara comments that Baku is with Ranmaru, and they can’t worry about him. The boy got a surprise visit, and Takara thought it was someone who needs help and comments that they are closing. The boys realize that it is Hojo from the fairy world. Hojo warns the boys that Ranmaru is facing Sirius. Meanwhile, Ranmaru arrives at Sirius’s location. The two calls each other by their old name Betelguese and Chilka. Sirius asks Ranmaru if he has forgotten his best buddy in all the world.

Sirius reminds Belteguese that he threw out his old name like him. The two decided to talk like old-timers. At Bar F, Takara reveals the shocking truth about an idol unit once popular in the human world. The name of the idol unit is Winter Tri-Angels, and Takara reveals that Beltegeus is Ranmaru. Sirius is the fallen angel, Chilka, and their producer and labels president, Procyon, the Bar F boys’ Queen. Homura, Juko, and Urru get shocked and realize that they were in the dark all the time.

Hojo reveals that Winter Tri-Angels happened a long time ago, but he will narrate the story to the boys. A long time ago, three young fairies brimming with hope arrived at the human world. The three young fairies began to complete their task and vow to stick together. The trio became idols and earn a spot in humans’ hearts. Sirius, who is known as Chilka, decided to become human and abandon the fairies. Hojo told the boys that for them to remove the seal, their hearts have to become one. Urru volunteers to talk with Sirius.