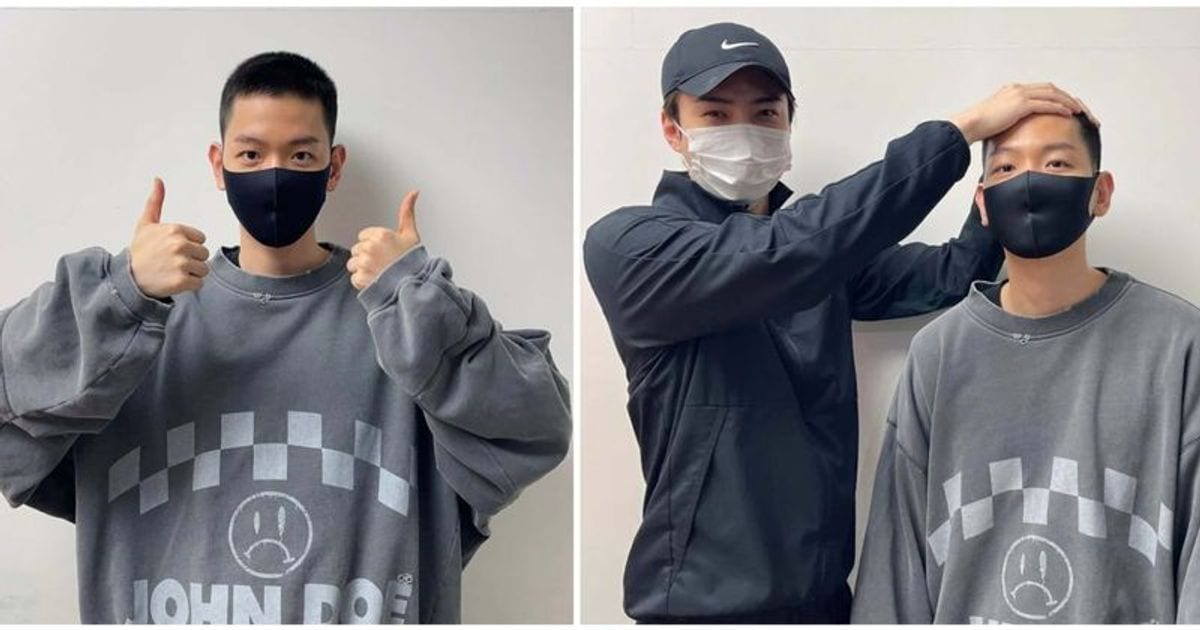 Baekhyun before leaving for his military service

EXO’s Baekhyun Enlists in Military Gets picture with Sehun is a recent piece of news attracting the maximum attention. Baekhyun is a South Korean singer, songwriter, and actor. His birth name is Byun Baek Hyun, and he was born on 6th May 1992. Since 2011 Baekhyun had been training under the SM entertainment and finally, in 2012 made his debut with the South Korean-Chinese boy group EXO. I am sure enough that if you are a true k-pop fan, you must have heard of EXO. The boy’s band is extremely famous all over the globe and even has a huge fan following. The individual members of the group also enjoy their own separate huge fan base as well. Similarly, Baekhyun has his own separate fan following as well and enjoys huge popularity globally. The k-pop idol even has a tremendous fan following on his social media platforms as well.

Now that Baekhyun has enlisted in the military, any piece of news related to the topic is creating a huge buzz amongst his fans and followers. Baekhyun also keeps updating his fans via his IG account and shared a post there as a goodbye. He has recorded several songs and OSTs, which will be released after his enlistment. Finally, Baekhyun is going fr the mandatory South Korean military enlistment. Before Baekhyun, five of his fellow members have already enlisted before. Baekhyun being the sixth to enlist in the military after D.O., Xiumin, Suho, Chen, and Chanyeol. He also has hypothyroidism due to which he did not qualify for the active service. Baekhyun also shared a picture on his IG with the caption “D-1 I’ll go (serve) and return safely.” It is now a proud moment for his fans that he finally enlisted himself to serve in the military.

EXO’s Baekhyun Enlists in Military Gets picture with Sehun 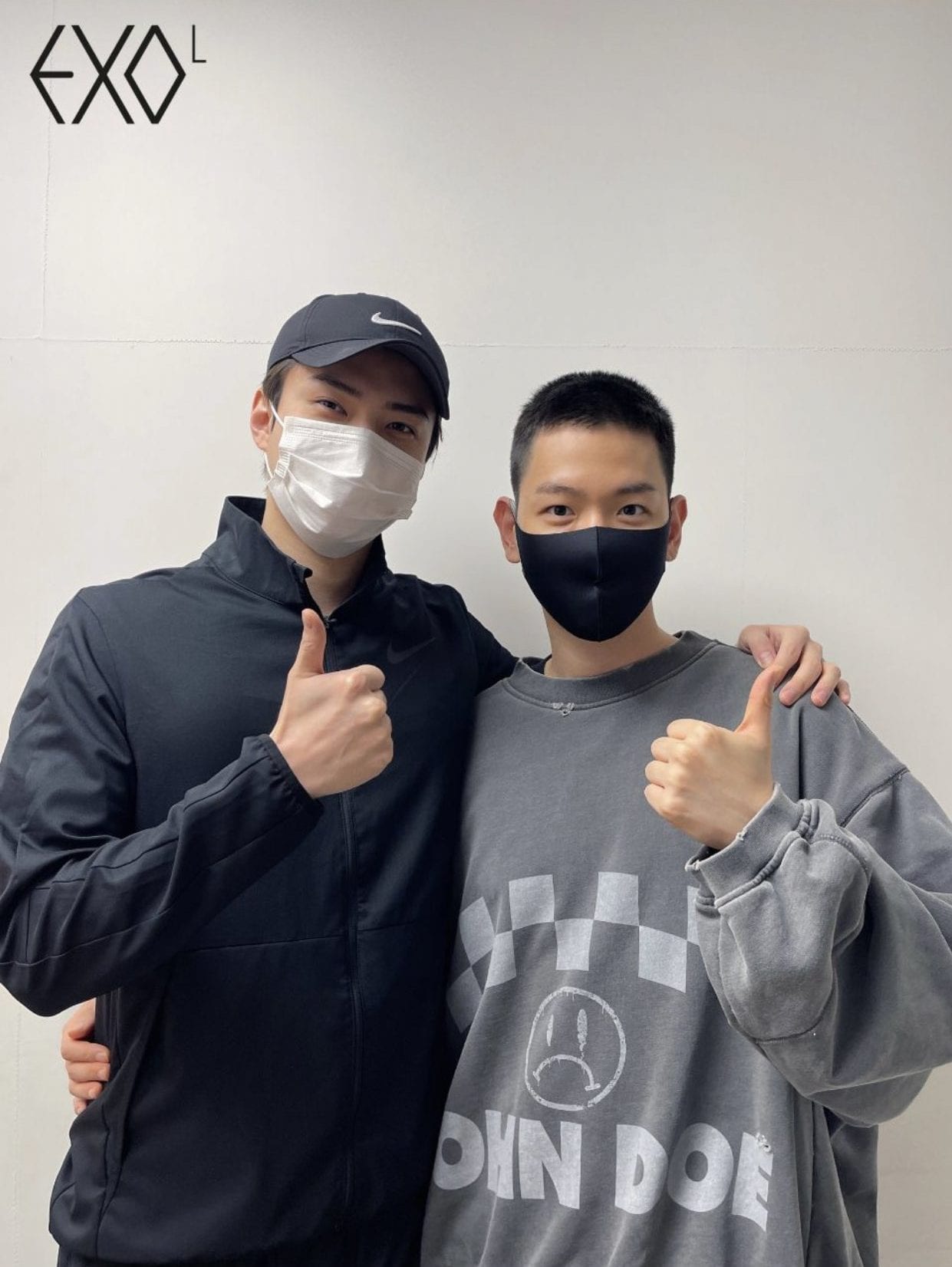 Baekhyun enlists for the military and puts pictures along with Sehun.

Before going to serve the military, Baekhyun also shares some pictures along with his fans. In the pictures, we see him posing after a head shave and also along with his fellow group member Sehun. Labeled as the genius idol Baekhyun is now all set to leave for the military. We already know that it is mandatory for every Korean citizen to enlist in the military between the age of 18- 28 years. His fans currently are all proud of him as well as getting emotional. We all wish him a safe journey ahead and dearly wish him all the best as well. Baekhyun will first begin a three-week training exercise before he starts his duties as a public service worker. Since he didn’t qualify for the active service due to his hypothyroidism. Baekhyun also conducted a live session for interacting with his fans all around the globe.

Baekhyun also celebrated his birthday on the 6th of May, and social media is filled with good wishes. Since some other members of the group are all currently in military service seems like the send-off tradition that the boys band follows was fulfilled by Sehun this time. 6th May was his birthday, and he also started serving in the Korean military on 6th May. The members Chen, Suho, and Chanyeol, are currently serving in the military while Xiumin and D.O have completed their enlistment. Baekhyun is also leaving a lot of his works for his fans which will all be released soon. Now let us also look at some notable mentions from the Boy Band EXO. 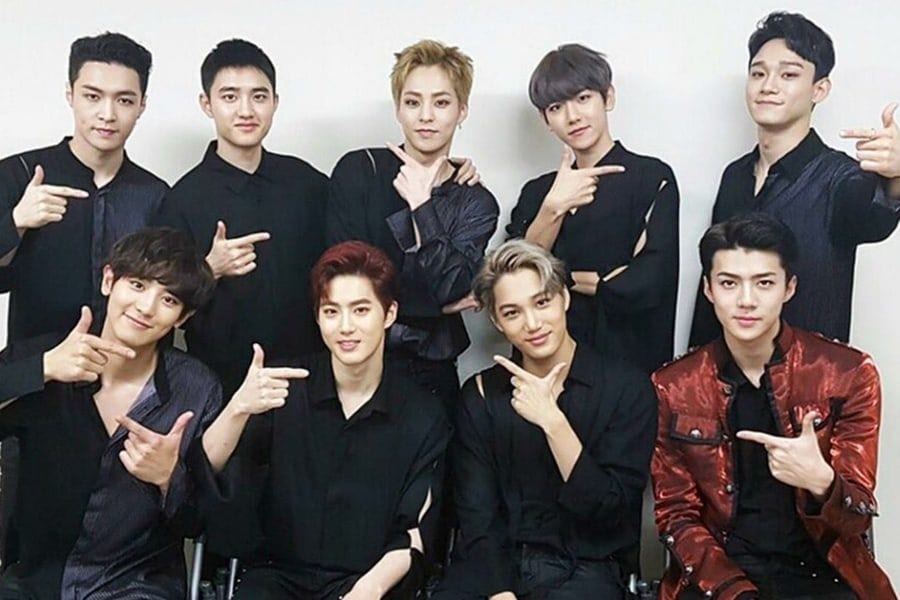 Baekhyun is a member of the South Korean-Chinese boy group EXO. EXO was formed by SM entertainment and currently has nine members. Xiumin, Suho, Lay, Baekhyun, Chen, Chaneol, D.O, Kai, and Sehun. They have been ruling the hearts of their millions of fans all around the globe, EXO has also been labeled as the Kings of k-pop. They appeared on the top charts of many magazines as the topmost influential celebrities. The band initially had twelve members, but three of them left the group. Baekhyun is a fellow member of the group and is extremely successful. His second EP sold over 1 million copies and hence being named the genius idol.

Also Read: Is EXO Band Going To Disband? Here Is What We Know