The number of fans in costume at conventions and on the internet is enormous, but, after meeting some of these fans, it seems terrible not to interact with them. Cosplay can be intimidating and mysterious to those of us who aren’t part of the cosplay community. Showcasing some new and exciting artists, this will serve as an excellent introduction to the community.

Cosplay allows us to see our favorite characters from movies, TV series, and video games in a whole new light. Satiella’s collection piqued our interest, so we asked her about the steps she took to become a cosplayer. Instead of calling her, we sent her an email to see if she’d be open to an interview, and she said yes.

Satiella is a 24-year-old dutch cosplayer who replied positively to our interview. She streams on Twitch and plays video games such as Genshin Impact. In this interview, we will be able to know better of her interest and her journey so far as a cosplayer. So stay tuned till the end and make sure to follow them on their respective social media accounts.

To begin, let us say how much we admire your costume. So, what made you want to become a cosplayer in the first place?

Satiella: I have been in love with gaming since I was very young, due to my brother’s influence. When I went to high school, I started watching anime. Then I found this video by Sneaky Zebra, which showcased lots of cosplayers at a convention. I loved seeing all those cosplays from game characters and anime characters and was immediately hooked! I really wanted to experience that too, so I planned my first cosplay when I was around 17, and that’s how the ball started rolling. 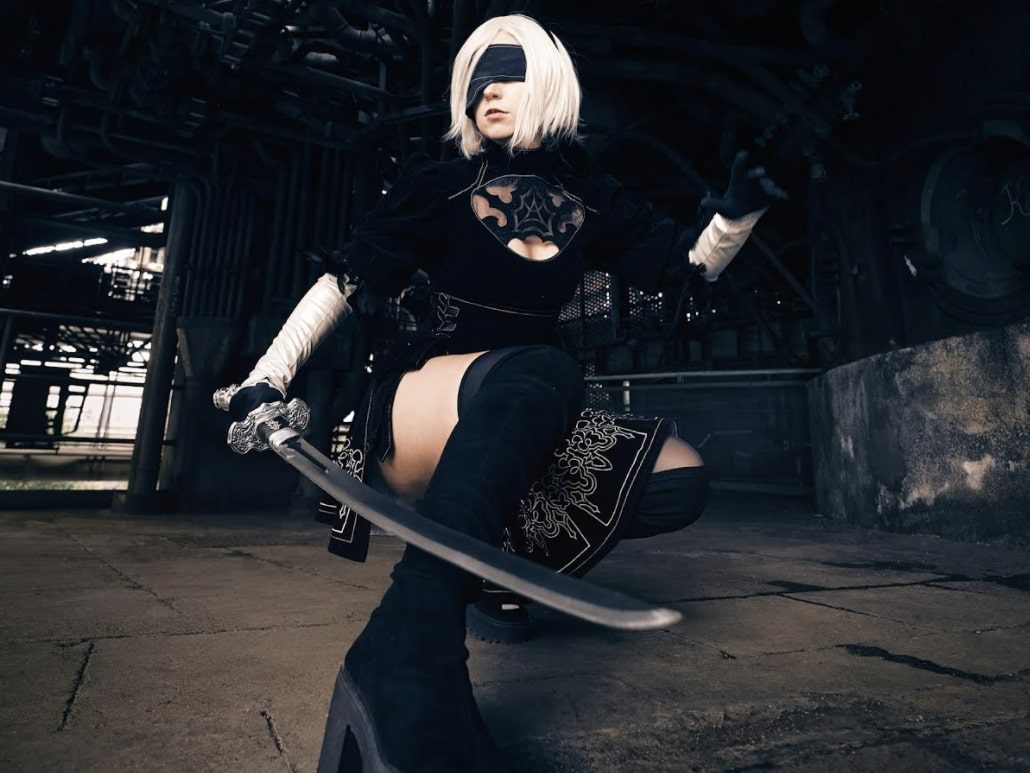 Question: Cosplay is a time-consuming technique that necessitates meticulous attention to detail to achieve the highest level of realism possible. And how do you go about doing it? What do you consider to be your biggest challenge?

Satiella: Stuff doesn’t always go the way you want it to go. I fall in love with characters with all of my heart, but sometimes they really do not fit me. I’ve had cosplays fail because I just felt so uncomfortable with them, even though I loved them so much. I try to find the balance now, mostly cosplay characters I really love and make me feel happy and comfortable!

Question: You have been in this field for quite some time. Are there any notable cosplay memories or experiences you’d want to share with us?

Satiella: A while ago, I cosplayed Jaina Proudmoore from the game World of Warcraft. I believe I was one of the first with her new costume introduced in Battle for Azeroth, so Blizzard, the company behind Warcraft, shared my pictures. Being recognized by them was terrific… but then I also got a message from them asking me for my address. They sent me her necklace! I cried when it arrived. My other favorite moment with cosplay is whenever I go to a very fantastic location or shoot with a horse or some other animal. There is something about adding that next level for me that makes cosplay genuinely epic. I’ve worked with horses a lot for shoots (for Jaina, Ciri, Geralt, my Viking, and lots of others!).

Question: There are still things you want to do now that your cosplay career has been a success. How did you get inspired and motivated to get to where you are today?

Satiella: That video from Sneaky Zebra and Jessica Nigri. I first stumbled upon Nigri in a Blizzard video from Blizzcon. Her armor looked so pretty, and she looked gorgeous too! Then I found her videos on her youtube channel, and I instantly fell in love with her character. She is gorgeous, but she is also just this hardworking, geeky chick with a fantastic sense of humor and humbleness. I strive to deliver quality as she does, yet staying geeky, crazy, and approachable.

Question: Satiella, have you ever considered a new career or new opportunity because of the difficulties you’ve faced in the past?

Satiella: Yes. I am a student, and I’ve had some hard years with losing loved ones. The pressure became pretty high… Additionally, while I love seeing people and really enjoy interacting with people at conventions, I’m also very private. When my profile started to grow, I would have messages from people every day asking very private things, trying to get very close to me (which I sadly can’t do very well). But I don’t want to disappoint or hurt people’s feelings.. so at some point, the stress of trying to stay nice and responding to everyone became too much in combination with my own life struggles.  I really felt like stopping right there and then. I took a bit of a break, and my dear followers were very understanding. I try to find a balance now. 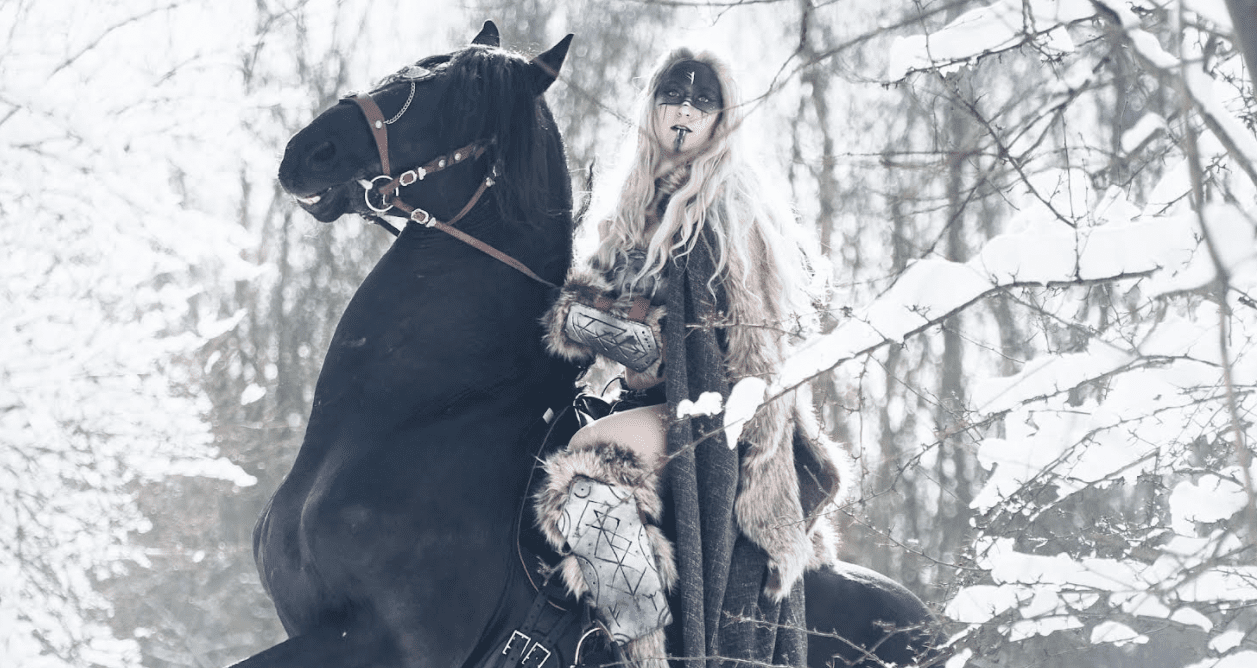 The next question is, considering the number of picture shoots in which you have participated. Which one of these outfits was the most fun to make?

Satiella: My Dungeons and Dragons Barbarian character (better known as ‘the Viking). It was a very chill project with lots of freedom and different materials (I used fake furs, fake leathers, eva foam, and worbla!). Also, everything went right the first time, which is rare, haha!

Question: When you consider how much time it takes to make a cosplay character. Which of your cosplays did you find the most difficult to put together?

Satiella: Alleria Windrunner. I only had around three weeks to finish the whole thing due to a deadline. I also had exams at the same time. Alleria has some decently difficult armor pieces with lots of detail, so that wasn’t the most chill build I’ve done. However, I was very happy with the result, and it held up all weekend.. so in the end, I did make happy memories with it!

Question: We’ve pounded you with cosplay-related inquiries. How did you get into this area of employment because of your favorite cartoons or TV series and the characters you saw?

Satiella: Naming one favorite anime is very hard! I have around ten which I like almost equally. And then like 200 more. But if I must name some, I’d say my favorite is Made in Abyss for the excellent story, worldbuilding, music, and character building. It’s a very deceptive show, the first three episodes might make it look like a kiddy show, but I can guarantee you it’s one hell of a watch! Honorable mention to my forever-love One Piece. My favorite tv show at the moment is The Witcher. I really liked how they portrayed the world, and Henry Cavill is perfect for Geralt. Music was also prime.

Question: Other than cosplay, what else piques your interest?

Satiella: In my free time, I like gaming (World of Warcraft, Genshin Impact, The Witcher, League of Legends), watching anime, and reading (Favorite books are Dune and the Red Rising series). I also spent a lot of time at the stables with the horses, as I have been horse riding since I was 4.

Question: With the help of Instagram, you’ve grown a considerable following. What advice do you have for someone who wants to follow in your footsteps as a cosplayer?

Satiella: Cosplay is going mainstream. That is both positive and negative… because it means the community is less close-knit. Social media can be harsh; not everyone will be friendly. What matters is that you love what you do. If you are insecure, take some extra time to finish the extra touches like a good wig, nice materials, and good make-up. It will be worth it.

As for make-up—if you can, do look into that! Make-up can really make the character come to life. Cosplays can be very bombastic, especially with those colored and/or big wigs, so sometimes your face gets lost in it all. That’s why sometimes it may feel like something isn’t right. I promise you, some eyeliner and contouring can do a lot.

I learned by watching loads of tutorials (Nikkietutorials) and trying all the stuff in the bathroom. Do keep in mind that what you see on youtube/insta,/any social media is usually fake. So if your skin doesn’t look as perfect as theirs, it’s not you. They use filters and other stuff. That also goes for most cosplay pictures btw. Pictures are just the one perfect moment out of hundreds of other pictures, polished even more.

Question: You and cosplaying, in general, were well-covered in the interview, which was a lot of fun. Your ongoing success is in my best wishes. With your interest, would you share your social media accounts?

Did Natsu and Lucy End up Together In Fairy Tail?

The My Seanna had a lot of steamy things happen last week. And what's coming to Below Deck Season 9...

All Ryomen Sukuna References In The Pages Of Japanese Mythology

"Know your place, fool." The phrase itself is enough to figure out whom I am talking about. Despite being an...

John Higgins Net Worth: How Much Does The Snooker Player Earns in 2021?