Cosplaying isn’t something you can learn in a day; rather, it’s a combination of many different skills, starting with makeup and sewing and progressing all the way from the screen to the real world. It doesn’t matter if, for a while, the character we like is there in front of us. Putting on the costume isn’t a one-day event but a labor of love that lasts for days or even months.

Understanding your character through and out is essential when it comes to cosplaying so that you can accurately represent them online or anywhere else. When creating a character’s essence, art techniques such as makeup and embroidery are crucial. This is how we came upon Roxanne in the first place. Her very enthusiastic profile piqued our interest in her. She is extremely talented, and we believe that her mostly sweet yet sometimes sour journey is definitely worth sharing.

Roxanne is a cosplayer with origins from both the Philippines and China. Other than being a cosplayer, she is also an artist and a streamer.  She is the ambassador of MSI gaming, Philippines. If you go through her Instagram handle, you will find cosplays from Chainsaw Man, Demon Slayer, Genshin Impact, and whatnot. Read more about her journey below, and don’t forget to follow her on her socials if you haven’t already.

Roxanne, I’m glad to hear from you. Why don’t you introduce yourself to our viewers before we get started with the interview? 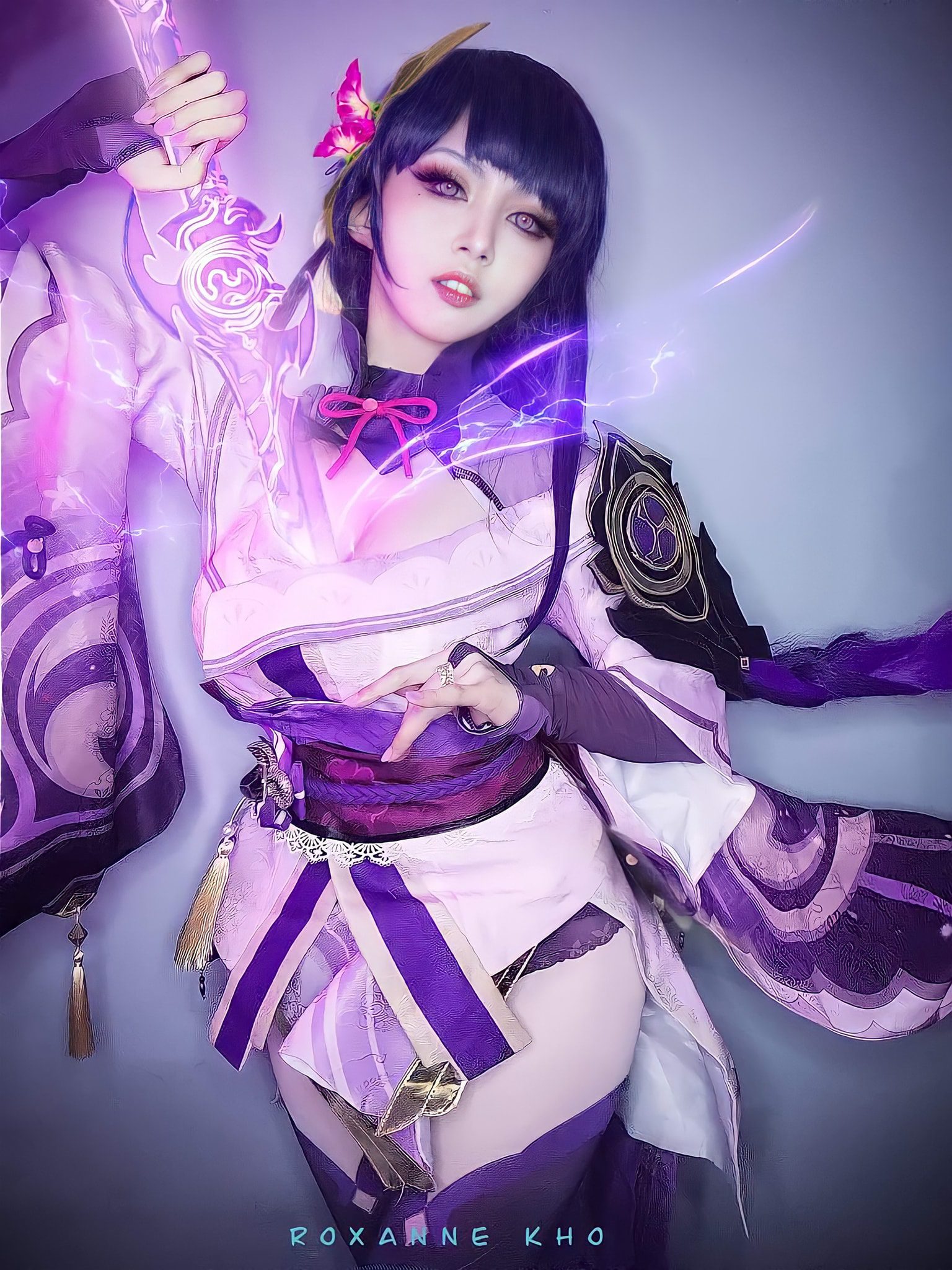 Roxanne: Hello guys! My name is Roxanne Kho! I’m a cosplayer, makeup artist, and I’m currently MSI Philippines’ brand Ambassador. I’m mostly known for my Genshin Impact cosplays, and I’ve been featured by a lot of international websites and publications.

Question: First of all, could you share with us your motivation behind choosing cosplay as your profession?

Question: Having done so many cosplays, what part of cosplaying was challenging?

Roxanne: There’s a lot, actually! It starts with the planning, drafting, and actual production of the cosplays we post on our social media pages. When things don’t go our way, especially when costumes or props don’t arrive on time for our shoot, we have to improvise or make it ourselves. Even with the backdrops, we usually gather things in our house and make a production set that is similar to the theme I have in mind, and we just shoot it.

Question: There’s a lot more, to be honest, especially with the discrimination and people’s views about us. A lot of people consider us weirdos and crazy for being passionate about the things we love, but I think that’s okay. By embracing what I really am, I became more confident of the things I love, and I am able to express myself more through it.

Question: As a cosplayer, you’ve had a slew of adventures. So, what was the most unforgettable experience you have ever had?

Roxanne: There are a lot, but the most recent I can remember is my shoot for Ning Guang. For that certain photoset, we used real candles to light the room so we could get the lighting that we were trying to achieve. So, as we were shooting, I told my photographer if he could also smell something burning, and when we tried to look around, we saw that the edge of my costume was burning! So we put out the fire, and thankfully, the fire didn’t spread too fast, and the costume was still okay. 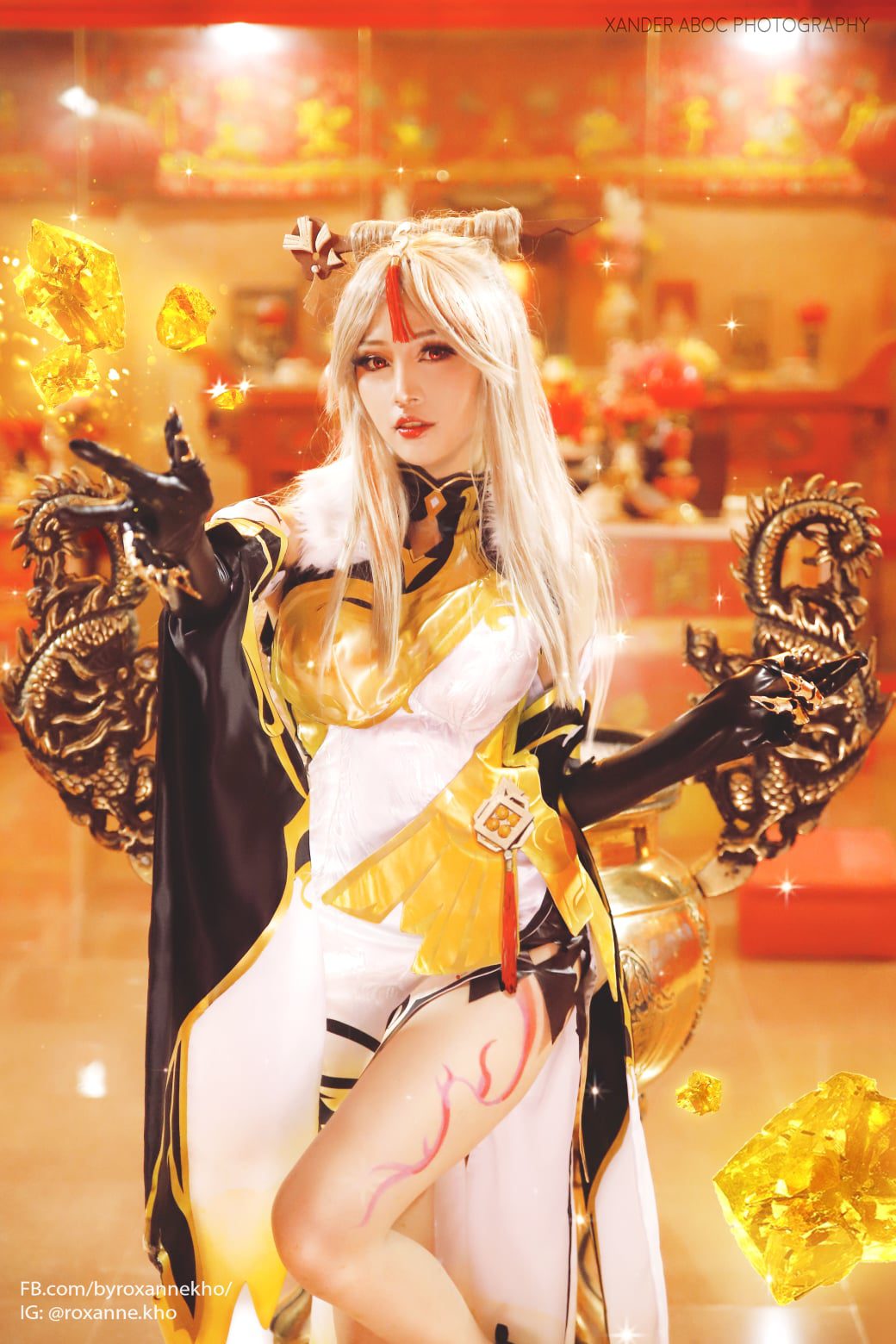 Question: Roxanne you’ve had the opportunity to portray so many inspiring personalities. Could you tell us a little bit about your inspiration for taking up the hobby of cosplay?

Roxanne: One of my biggest inspirations in becoming a cosplayer are also cosplayers whom I look up to. A few of them are Alodia, Saya and Touya, Kaname, Kipi, and a lot more. I saw that they were able to portray their favorite characters perfectly, and I aspired to be like them, so I tried cosplaying too!

Question: Did you ever feel like the road you are on demands too much of you and felt like quitting after all the conventions you have attended and the characters you have cosplayed?

Roxanne: Yes, I did. I was 16 when I started cosplaying, but I wasn’t too active. And I had to go on a long hiatus because my college course was becoming too hectic for me to handle. I was only able to slowly go back to cosplaying in 2016 when my partner invited me to try cosplaying again.

Question: What was the most enjoyable cosplay project you’ve ever worked on?

Roxanne: For me, it was my Jean Gunnhildr cosplay from Genshin Impact. It was in the middle of the pandemic last year, and I have so little knowledge and experience of making props, but because I was determined to cosplay her no matter what, I got by. It was so fun; even though it was super rushed and I was so inexperienced, the photos came out so well. 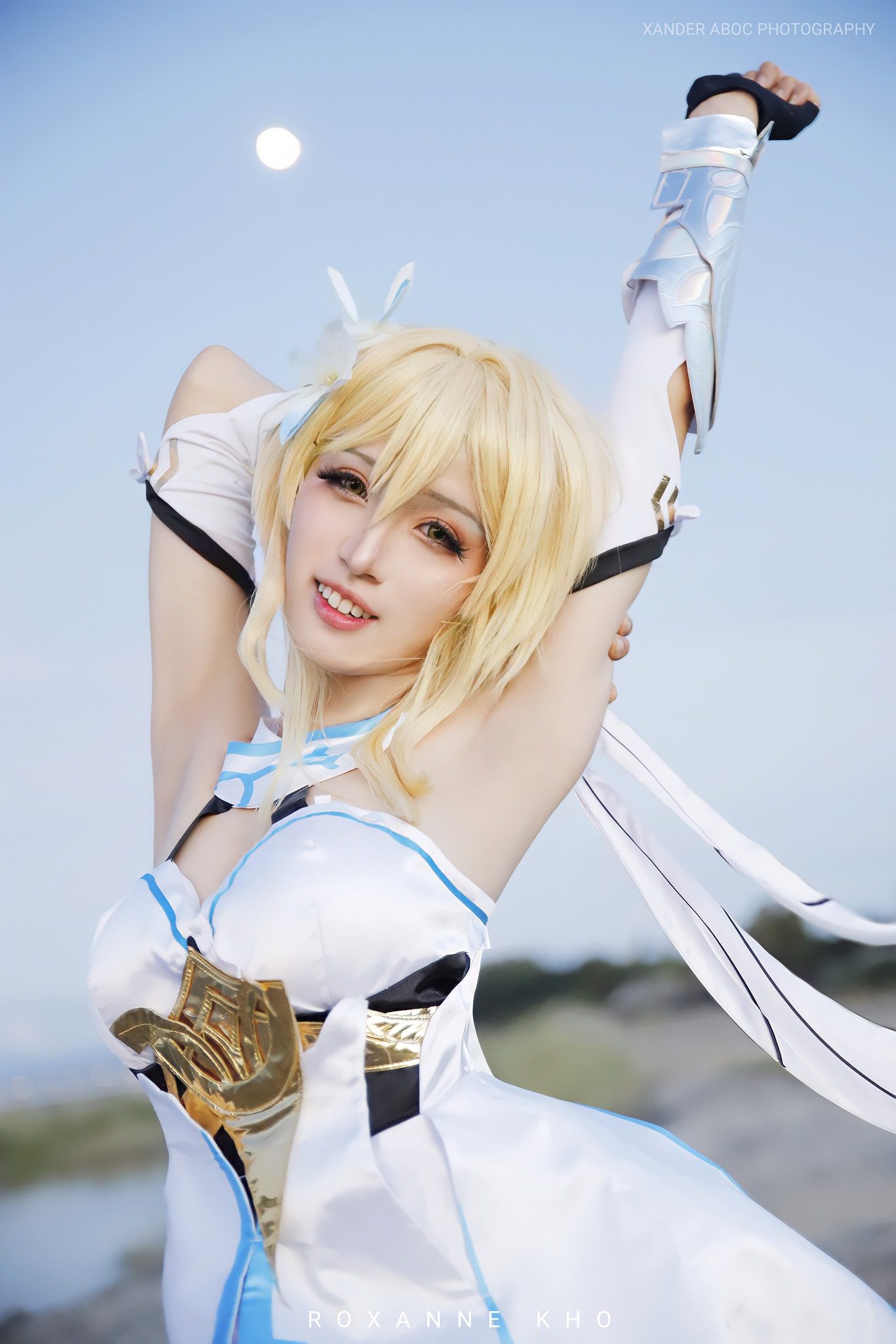 Question: Now that you’ve described the most enjoyable cosplay, why not talk about the costume that was the most difficult for you to create?

Roxanne: The hardest so far was Mona from Genshin Impact. I commissioned my friend to make her costume, and everything else was made by me. I had to sew her hat, make earrings, necklace, and other props, plus dye stockings for her whole costume. It was so tiring, but it was all worth it!

Question: I bet our readers would love to hear about your anime choices. What are your favorite TV shows or anime?

Roxanne: My all time favorites are Naruto, Code Geass, and Jojo’s Bizzare Adventures. The current ones are Demon Slayer and Re: Zero.

Question: If given an option, what other hobbies interest you other than cosplaying?

Roxanne: I also do painting and a lot of reading. I play the piano and sing a lot too.

Question: So, Roxanne, when you’re talking about characters, do you have a favorite type of character? Assuming so, why are you drawn to this type?

Roxanne: The type of characters that usually attract me are the strong-headed females. It might be because I look up to them a lot. After all, I want to be like them in some sort because of my naturally introverted nature.

Question: You have cosplayed multiple characters from video games as well as anime. Could you share with us some of the upcoming characters you are planning for cosplaying?

Question: Could you share with us some of your experiences at Cons? What are the biggest con you have attended and your favorite part about them?

Roxanne: I’m actually always in a con! My partner and I have been selling merchandise of our cosplays for years now, and we really enjoy meeting up with friends and catching up with them through conventions. The biggest one I have attended so far is the Asia Pop Comic Con, where I met some of my idols, and some of them became my friends too. I really love how diverse the crowd was in APCC, and everyone is just completely geeking out with friends.

Question: What is your favorite aspect of cosplay? If so, why are you so enthusiastic about it?

Roxanne: Can I be greedy? I have to say every single step in cosplaying is what makes me happy! Even wig styling relaxes me. I love all the planning, drafting, and the whole production itself. It’s really hard, but if you really love what you do, it can never be tiring.

Roxanne: As I always say in every podcast, interview, or guesting that I have been to, I always have one piece of advice to aspiring cosplayers, and that is to start simple. If you try to immediately want a big and complicated cosplay, you might overwhelm yourself and lose drive in the middle of preparing. It’s good if you start simple and small then learn skills as you move forward and upward. Always be goal-oriented, and remember to take pauses and rests in between.

Now that we’ve wrapped up the interview, we would like you to link all your Social Media profiles?