Cosplay is a mashup of the words “costume play” and “costume.” People from all over the globe come to the festival dressed as their favorite movie, television, anime, and video game characters. Characters. Anime lovers, on the other hand, are the ones who use the phrase the most. For the sake of amusement, “cosplayers,” or those who participate in Cosplay, dress up as their favorite characters from movies, TV series, and video games in a whole new light.

Alice is one such cosplayer who has caught our attention. On doing a bit of study, we found that she has participated in several conventions and has diligently collected 212k Instagram followers just by doing so. In addition to that, she is a Russian twitch streamer and a YouTuber. The fact that she loves video games, anime, and dressing up as her favorite characters are abundantly evident from her profile.

Considering that cosplaying is similar to any other creative area in that it takes a great deal of patience and other components to become someone else. When it comes to reproducing the characters in actuality, Alice has outdone herself. However, looking at Alice’s costumes aroused our curiosity in the cosplaying process. Instead of approaching her, we wrote her an email to ask if she’d be open to an interview, and she responded positively to it by emailing us back.

To learn more about her Cosplay and to read our interview with the great cosplayer, browse below.

Question: Starting with the interview, you have established yourself well in your career. So what has kept you inspired all along, and you chose the path of a cosplayer?

Alice:  There was no particular reason. Since childhood, I have liked watching anime, and sometimes I went to anime festivals. At festivals, I saw that you could not only watch anime but also become your favorite character yourself. And I decided to try it, and I like it.

Question: Cosplay is a time-consuming technique that requires meticulous attention to detail in order to achieve the highest level of realism possible. So, how do you do it, and what do you consider the most difficult part of the process?

Alice: Creating costumes, searching for new materials, recruiting an audience. There are many challenges. But you yourself decide how important these things are. The main thing is to have fun in any case.

Question: For someone who has done this for a while. Could you share some of your most memorable cosplay moments or experiences with us?

Alice: Probably when I first went to Igromir (the largest geek of culture festival in Russia), not as a spectator, but as a cosplayer. It’s very cool when people recognize you at a huge event and take your autographs.

Question: Your cosplay career has progressed, but you still have goals to achieve. Could you describe what has inspired and driven you to this point?

Alice: It’s pretty simple. I just wanted to make my favorite anime character. And I liked it;) 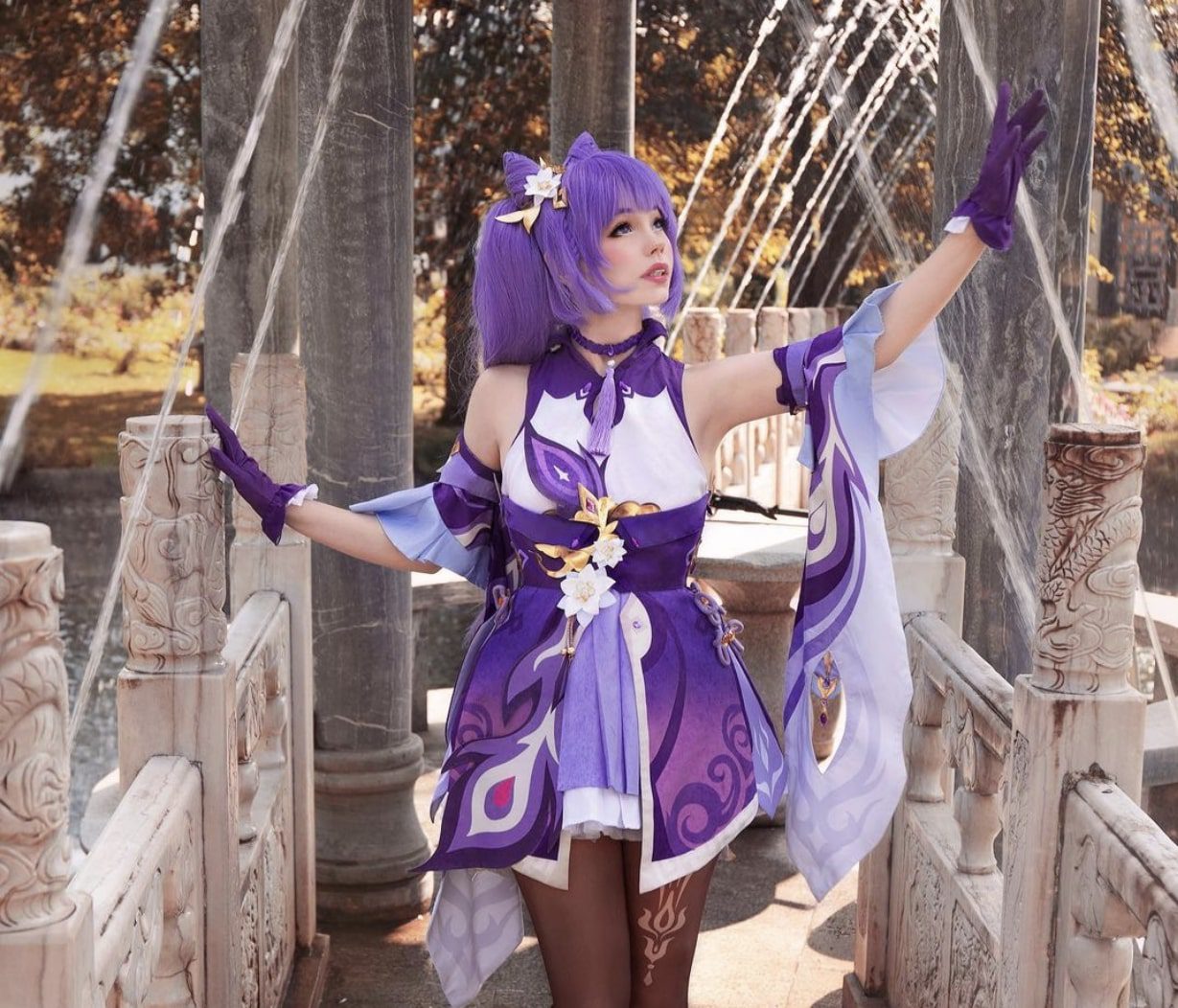 Question: Were you ever inspired to change careers or explore a new opportunity as a result of the difficulties you’ve encountered so far?

Alice: No, I never thought about it. While I myself like it, I see no reason to think about it.

Question: The next question for you is, you have appeared in many picture sessions. Which of these cosplays did you have the most fun making?

Alice: Keqing. This is my favorite character in Genshin, and it was with her that I went 500 kilometers from my city for the sake of a cool location, got a rare katana at an auction. In general, an unforgettable fun.

Question: Considering the intricate procedure in making cosplay characters. Tell us, which of your cosplays do you believe to be the most difficult for you to create?

Alice: Yoimiya, because she has a very difficult wig to tinker with and a bunch of intricate details on her costume. Well, a separate problem is that instead of underwear, she has bandages.

Question: We have asked you a lot of cosplay-related questions. Now could you tell us about your favorite anime or TV series or the characters who first inspired you to pursue this career path in the first place?

Alice: Toradora, Akashic Records of Bastard Magic Instructor, Slayers, Fumoffu are some of my favorite titles.

Question: What would be your second favorite pastime if you had to do something other than creating cosplays?

Alice: I love to draw and eat deliciously;)

Question: You have a really good number of followers on your Instagram. Therefore, if someone had to pursue as an aspiring cosplayer or fans that wish to follow in your footsteps, what would be your advice to them?

Alice: If you want to do Cosplay not only for yourself, it will become a very expensive and time-consuming hobby. And do not pay attention to haters; you cannot be liked by everyone – this is normal. Cosplay should be fun for you in the first place.

Question: It was a pleasure talking with you, and I hope you’ll keep up the excellent work. Do you have any other online personas that you’d want us to include in the article?

Yes, you can add me on Instagram at Caticornplay.

‘Red Shoes’ Episode 72: Release Date, How to Watch, and What to Expect

'Doctor Who' Season 13 Episode 5 see if Doctor could survive the wrath of Angels or not. Will Dan and...

Bruce Springsteen Net Worth: All about the Rockstar’s Earnings in 2021