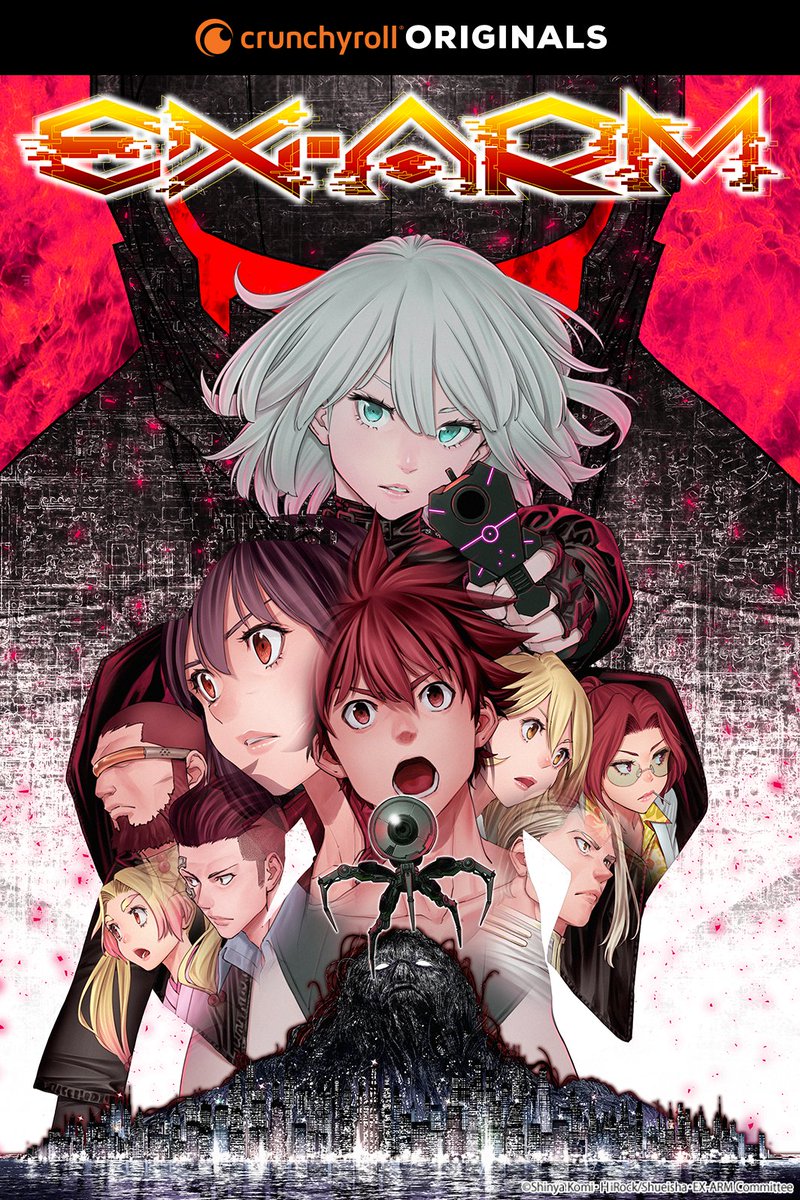 ‘EX-ARM’ is a Japanese sci-fi manga comic series that was written by HiRock and illustrated by Shinya Komi. A sequel of this manga comic was made in the month of August 2019. It was known as ‘EX-ARM EXA’. On the other hand, An Anime television series adaptation of ‘EX-ARM’, which was directed by Yoshikatsu Kimura, was launched in the month of January, in 2021. The last episode of the series was released in March 2021. The Japanese web series was supposed to be launched in the month of July, in 2020, but was aired in the month of January 2021 on Tokyo MX, SUN, and BS Fuji due to the Corona Virus Pandemic. The opening theme song of ‘EX-ARM’ is “Rise Again”, which was performed by AIRFLIP and the ending theme song is “Diamonds Shine”, which was performed by Dizzy Sunfist.

A secondary school student called Akira Natsume perseveres through his fear of electrical gadgets while being exceptionally amazing at handling them, at the same time. He lives a normal, unfulfilling life, but he keeps taking steps towards improving himself as an individual. In 2014, Akira was met with a terrible mishap and a deadly accident that took his young life. After sixteen long years, a young police officer named Minami Uenozono and her android accomplice ‘Alma’ recover and actuate an exceptionally progressed AI superweapon known as an “EX-ARM” and put it into full control of their ship. The AI ends up being Akira’s mind but in a computerized structure and form. The series ‘EX-ARM’ spins around the policewoman’s endeavors to stifle and crush enemies by using EX-ARM for a good reason.

The official trailer of ‘EX-ARM’

Cast and characters of ‘EX-ARM’

The star cast of ‘EX-ARM’ has a bunch of amazing voice actors like Soma Saito as Akira Natsume, Mikako Komatsu as Minami Uezono, Akari Kito as Arma, and Daisuke Namikawa as Soushi Shiga. Not to forget Sumire Uesaka as Chikage Rokuoin, Yui Ishikawa as Alisa Himegami, Taku Yahiro as Kimura, Shomaru Zoza as Kondo, along with a number of more voice actors!

It is guaranteed that you have not seen anything as original and fresh as this Anime series – ‘EX-ARM’. Your eyes will be glued to the screen from the very first scene. How did the protagonist suddenly end up on a ship and why are two pretty girls coming to rescue him?! Hands down, this will probably be the best Anime series one has watched in a really long while.

Although the plot of the series seems exceptionally fascinating and gripping, the official trailer of the Anime series ‘EX-ARM’ was, in a split second, met with an extremely negative online reaction because of the low quality of the CGI animation. The Anime series has, likewise, been scrutinized to be homophobic as the subsequent episode edited out a same-sex kissing scene. However, the poor animation quality might have been the reason for that to occur.

In any case, this is a mind blowing Anime series. Each of the twenty-minute episodes is drowned in intriguing and interesting content. One is simply not able to peel away their eyes from the screen in fear of missing out on something. The jokes are witty and really well delivered. It was a complete delight to witness the blossoming relationship of the robot and the main character.

You can now watch ‘EX-ARM’ on Crunchyroll.