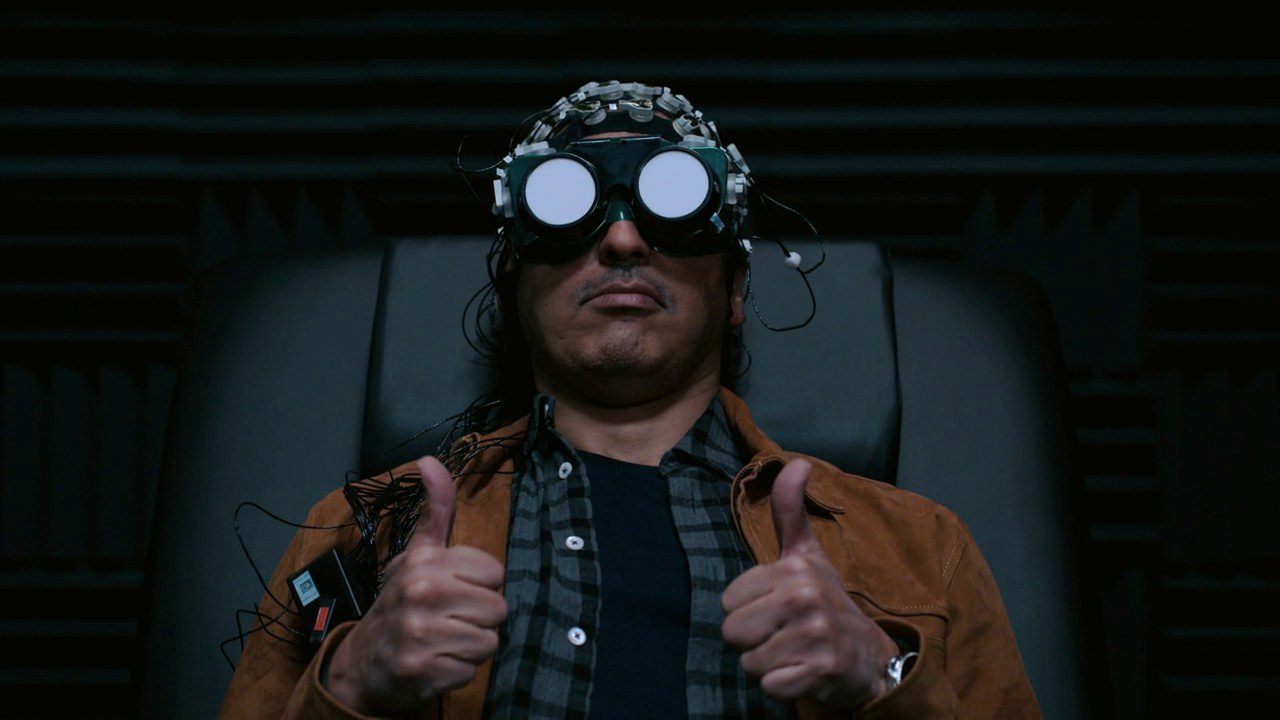 Evil Season 2 Episode 8 might bring us to a machine that every other person who believes in god could dream of. Something that will help you see him? But how much of that is real, and what are its consequences? That’s what Kristen, David, and Ben will be figuring out. Apart from that, the group is already in their personal mess. Ben was looking for forgiveness while Kristen trying to hide a murder of her own. But a cop friend of hers let her go as the man she killed seems to deserve it. But that came with a heavy price.

Next, we also had a look at Monastery that has shut the doors and kept itself away. They haven’t talked for 130 years, with no movies, stories, or fun activities they could. All of this just, so that contain a demon stuck inside the box. Our group decided to investigate when claims of humming from the tomb came into question. The research, on the other hand, revealed something more silly. But at the end of the day, this place was in peace, and the group decided to keep it that way. What was all this about? Let’s find out.

Previously on Evil, we opened up with Officer Turley accused of shooting a black woman believing she was looking to grab a gun. Instead, all she wanted was to was grab her phone. Turley, in his defense, claims the devil made him do it and is adamant he saw a gun. This leads Bishop Marx to have Ben, David, and Kristen look into it. Investigation dives deep into the beliefs of cops and a Sigil tattoo which everyone has. It comes from a TV show and works as a good luck charm for cops, and every cop out there is influenced by it.

So this leads the team to the creators of this show called Justice Served. Only to figure out if this cop show in some way encourages police brutality. Creator Mick on his side, says all his show does is encourage more people to join the force. Although Turley is free for now and ruled innocent, more investigation into Mick leads to some unsettling from the number of cops who love the show. They end up harassing Ben and David, two black cops.

Meanwhile, at the same time around, Mira Byrd working on LeRoux’s death, believes Anya may have persuaded Emily’s boyfriend into killing Orson. Until Emily’s boyfriend comes with a story of his own. So Mira decides to go back in time, and now she has started suspecting Kristen for a reason or two. Especially she asks her about her location the night of the murder, and she comes up with a story about Lexis.

Lexis keeps it secret until Sheryl tries to disclose it and introduces a creepy doll in Kristen’s room that asks for sacrifice. Believing someone is trying to hurt her girls, Kristen calls Mira. She tries to hide the weapon, but Mira and Anya end up discovering it. Kristen spills the beans. But Mira believes some people deserve to die and says she will help to cover Kristen’s track. The department knows LeRoux had many enemies, she says she will just say there was a black man out there, and that’s how the department works, they won’t give enough attention.

Apart from all of this, the episode also saw Ben battling Abby, who is the result of one of his past mistakes. After taking advice from Kristen about Lucid dreams, Ben ends up having David in his dream. He believes he can help and ask how he can seek forgiveness even if he doesn’t believe in god. David advises going for the simplest ways.

Previously on Evil Season 2,  Kristen, David, and Ben paid a visit to Monastery. Father Thomas died there a year ago. Now the monks at the Monastery claimed they heard Father humming from his tomb. The Monastery required everyone to not speak a word. A vow they have carried for over 130 years now. Kristen finds a friend in a woman named Fenna there while Ben and David spent time helping the monks move Father’s body.

The group later comes across a demon box and bruises that the Monastery calls a second miracle. Kristen crosses the second miracle as fake as she believes the marks come from using the wheelbarrow. Plus, the demon box is probably the reason Monastery is built around. Further investigation leads Kristen to find out more bruises on Fenna’s body while David comes around the demon cabinet and something weird on the ground. Meanwhile, Ben comes across a dark shadowy figure inside what looks like a cave.

Men and women dine separately and sleep separately. Kristen is required to sleep in a room full of statutes and skeletons. Of course, they need to sleep with their mouths tied in order to keep the vow. But before sleeping, a simple “boo” spills out of Kristen’s mouth to counter the skeleton. This leads the demon trapped for years to escape. Havoc wreaks at the Monastery with everyone around sorta infected. Kristen, David, and Ben get a chance to go outside the wall. Kristen criticizes the place for being so against women. David believes since they are on their turf, they need to work their way for a while.

The Nun Fenna feels most of the pain, and exorcism begins. The wounded parts see flies coming out towards the end of the process. Ben’s in-depth research tells about Botfly infesting inside the demon box and Father’s tomb. So it has nothing to do with the demon but bots. The same botflies larvae under the skin. Hence the wounds of Fenna, Thus upon putting the ointment on the wound brings them out.

With that, although the Monastery solves all the infections. But the question of why would anyone want to live like that all of the years comes in place. David believes the reason is probably that the monks are here at peace. The episode closes with Father Emanuel wanting David to stay, but he believes God needs him out there. Fenna gets a gift from Kristen in the form of her T-shirt.

Evil Season 2 Episode 8 is releasing on 5 September 2021 and will be available to stream on Paramount+. Five more episodes remain before the second season of Evil wraps up. So expect a new episode every Sunday following the eighth for Evil Season 2. Apart from Paramount+, Evil Season 2 Episode 8 is not available anywhere to buy or rent. So you may have to consider the Paramount+ subscription of either with ads coming for  $4.99/month and annually for $49.99/year or ad-free for $9.99/month and $99.99/year.

Evil Season 2 Episode 8 is titled, “T Is for Temporoparietal Lobes”. As of now, there is no official synopsis for the episode yet. But the ending moments of the previous episode gave us a little insight. We may see Kristen, David, and Ben investigating a helmet which, if you put it on, can let you see the god. But it brings more than that to see and a lot to suffer for the ones who used it. Plus, a sister is wreaking havoc as Leland tries to stop her.

The Commuter Ending Explained: What is The Thriller Movie About?