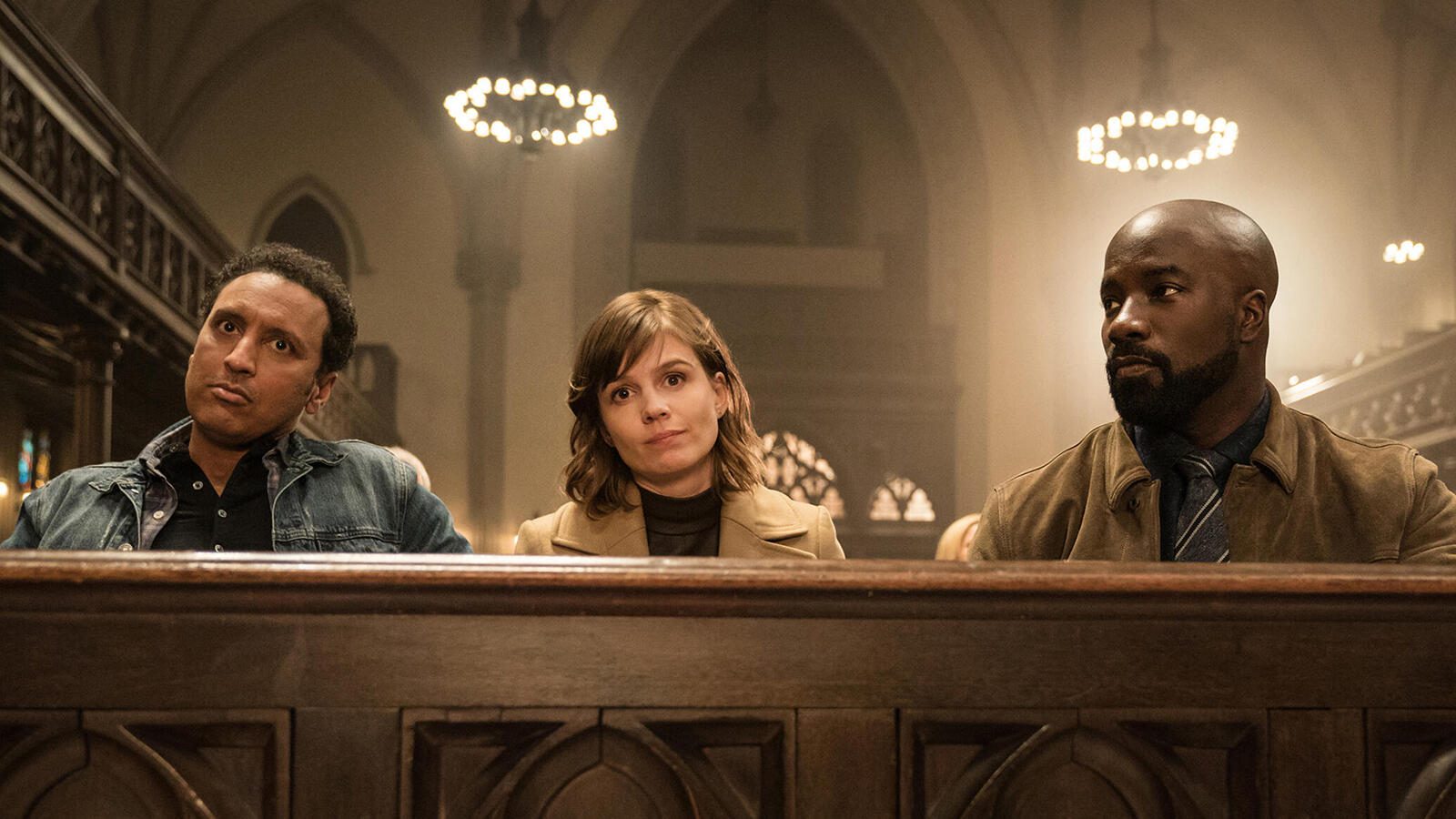 Evil Season 2 has started airing and the creators have delivered 13 episodes till this point in time. The main genre of this show is supernatural as well as drama. Robert King and Michelle King have worked together on this project together which later premiered in 2019. Evil Season 2 has been produced under the banner of CBS Studios and King Size Productions. The main focus of the plot is thrown at Herbers. He happens to be a skeptical forensic psychologist. On the other hand, we have Colter who is a Catholic seminarian. The third main character is Mandvi who is a technology contractor. The trio joins forces in order to investigate deeper regarding the supernatural incidents happening all around them in the world.

Previously on the show, the episode titled B is for Brain gave us the scene where Bishop Marx sends Kristen as well as Davis and Ben over to Cornell University. They all are trying to get to the bottom of the an electrode based experiment which is called the God Helmet. There was a lot of thrill in this one where we saw the characters coming together for a fun journey. Then in the ninth episode titled U is for UFO, Bishop Marx is all hyped up regarding a place where an UFO was seen. It was spotted by a pilot working in the Air Force. We saw yet another entry which focuses on the supernatural theme and whether or not the myths were true. The 10th episode rolled out soon and was titled O is for Ovaphobia.

In this entry we saw Ben as well as David and Kristen trying to search more about the RSM fertility clinic. It was obvious that their past cases have had plenty of connections to this ominous place. Thus, it was high time that the trio set their foot on the case and try to investigate more about the location. Episode 11 took its toll on us with the title I is for IRS. As the name suggests, the IRS taps the whole team in order to search even more regarding the legitimacy of this whole new organization. These guys are trying to search the religious status in order to have the taxes exempted. There was yet another mystery waiting to get solved with this one episode and we obviously loved it all. 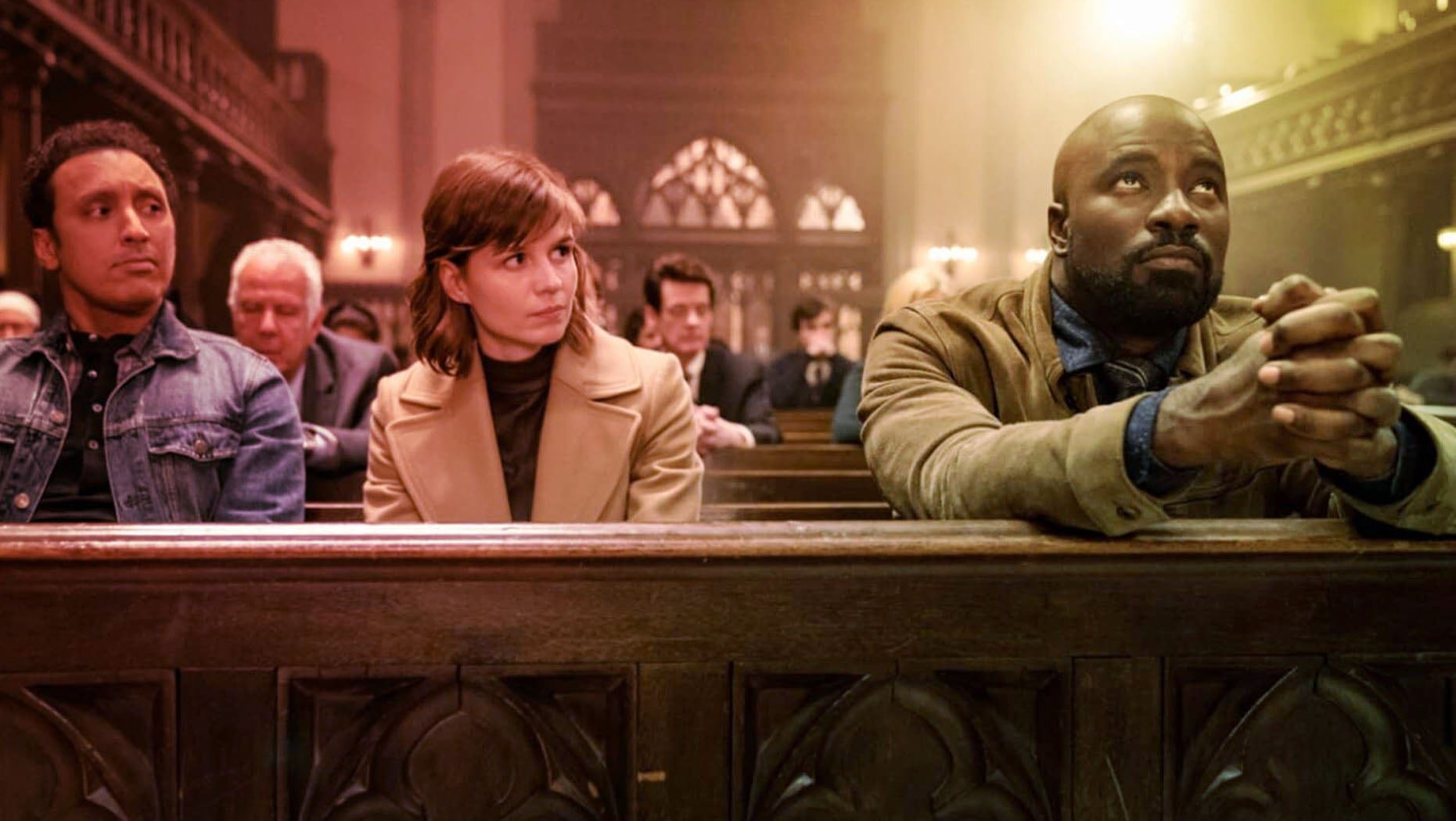 A still from Evil Season 2

The 12th episode came rolling down soon after this one and we saw Dr. Bogg making a brand new request. This entry was titled D is for Doll. On a side note, does anyone else thinks that these type of titles for the episode are actually pretty dope? Let us take a moment out for the creative team employed for Evil Season 1 and 2 which decided to name the entries in a such a manner. Well, back to the recap section, the 12th episode brought forth a whole new set of mystery. As per the request made by Dr. Boggs which we talked about earlier, the team comes across Nathan.

This guy happens to he a recently widowed Catholic. The trio also have a meeting with Nathan’s son named Elijah who is currently a teenager. The 13th episode was titled C is for Cannibal and obviously gave us the chills right away. As the title suggests, there was cannibalism included in the episode and major trigger warnings for anyone who might get affected due to these. The team sets on a journey where they meet with Mitch Jasper. He happens to be a student with a growing compulsion to intake human flesh as his regular food. This was all the recap that you needed and let us discuss about the future of the show.

There is no easy way to put this but Evil Season 2 Episode 14 does not exists. This installment ended at 13 episodes. Although, we have a good news from the creators of the drama. Evil Season 3 has been officially confirmed a while before the second season even released. This just simply explains the level of confidence that the network and the production companies have on the show.