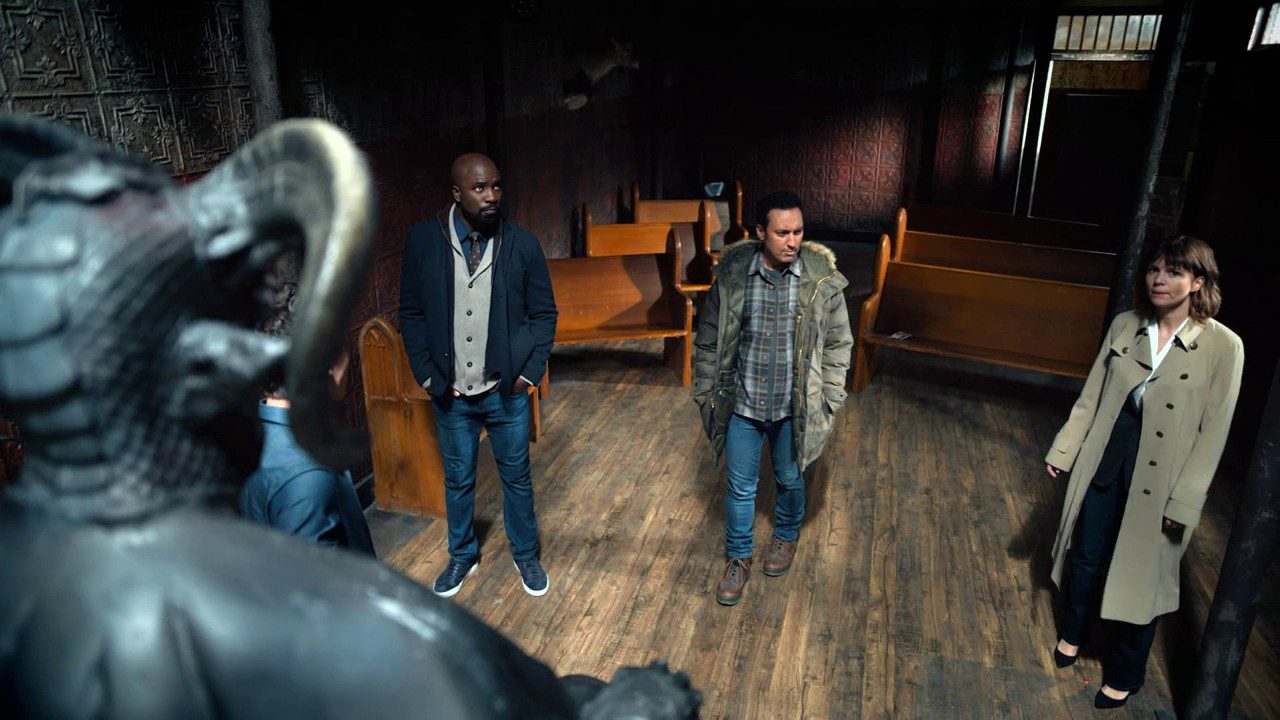 Evil Season 2 Episode 11 will take us to Ministry Of Satan and David and Kristen facing one of the biggest challenges. Recently on the show, Kristen started coming closer to a harsh truth about her own daughter Lexis. This had to do with the fertility clinic RSM. So the trio decided to investigate starting by asking other mothers from their about their experience. Well, they shared quite a few things and quite new ones as well. Some of them we saw coming true with Lexis which no one knows about yet.

Anyway, when Kristen found out about the person paying for eggs for years. She decided to go all out and confront. But that didn’t really go well for her. Apart from all of this, we had Ben watching her girlfriend Vanessa going crazy. Vanessa believes her sister Maggie is wreaking havoc in life just because she is looking for happiness. This leads Ben to a path he doesn’t really like. Towards the end, he finds out Vanessa isn’t really the same person he thought. So what went down? Let’s find out.

Previously on Evil Season 2. Ben, Kristen, and David opened the show by discussing the problem with the RSM Fertility Clinic. The question about Lexis triggered her a bit on whether she is demonic. David on his side suggests talking to other mothers who had experience there. Ben returns to his girlfriend Vanessa’s home. He sees the house messed up and Vanessas blurting that her sister maggie did this. Ben comforts her and asks her to meet a friend of his who could help but Vanessa is adamant that she is not crazy.

Tammy is the first person David and Kristen are talking to about their experience at RSM. She retells about the letter she received for paying for eggs and one tiny difference about her daughter was the teeth. They were different. Quite similar to Lexis’s as the show cuts the other side. Lexis on daily basis starts worrying about her looks. Kristen works her way to talk to RSM for an update on eggs only for them to not give away any information. 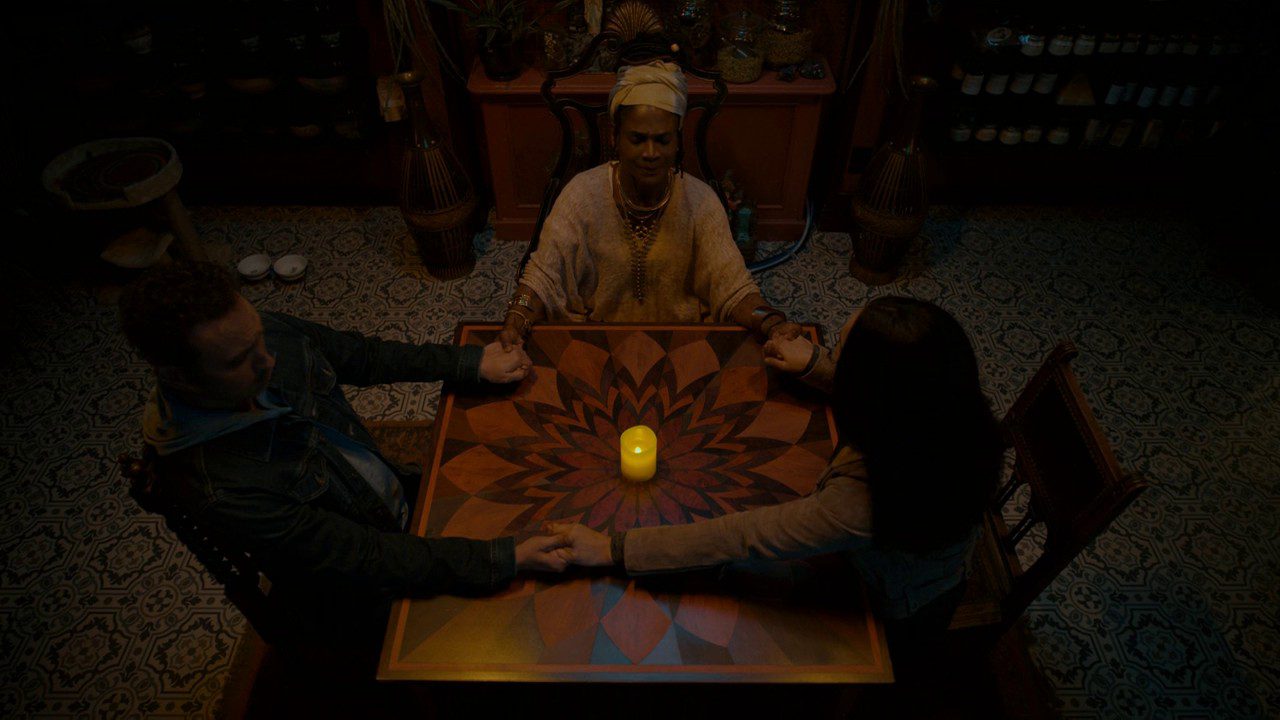 Vanessa takes Ben to a psychic. He doesn’t believe in these things but for her decides to go through a session. It goes wild and the psychic assures Maggie’s spirit is gone as she asks for money. Paying a visit to RSM results in Kristen finding out about some doctor named Autry. She has been paying for her eggs. As Ben asks Kristen to help Vanessa, he comes to her house to find a completely different personality out of Vanessa.

Sarah is the next person David and Kristen talk to. The one thing common between them is Dr. Autry paying for the eggs. Lexis’s obsession with body image continues as she edits her pictures through the app. This worries Kristen further. Kristen confronts Dr.Autry the next day. The doctor decides to lie her way out. The next time they visit her, they find out she has gone out for a long vacation. 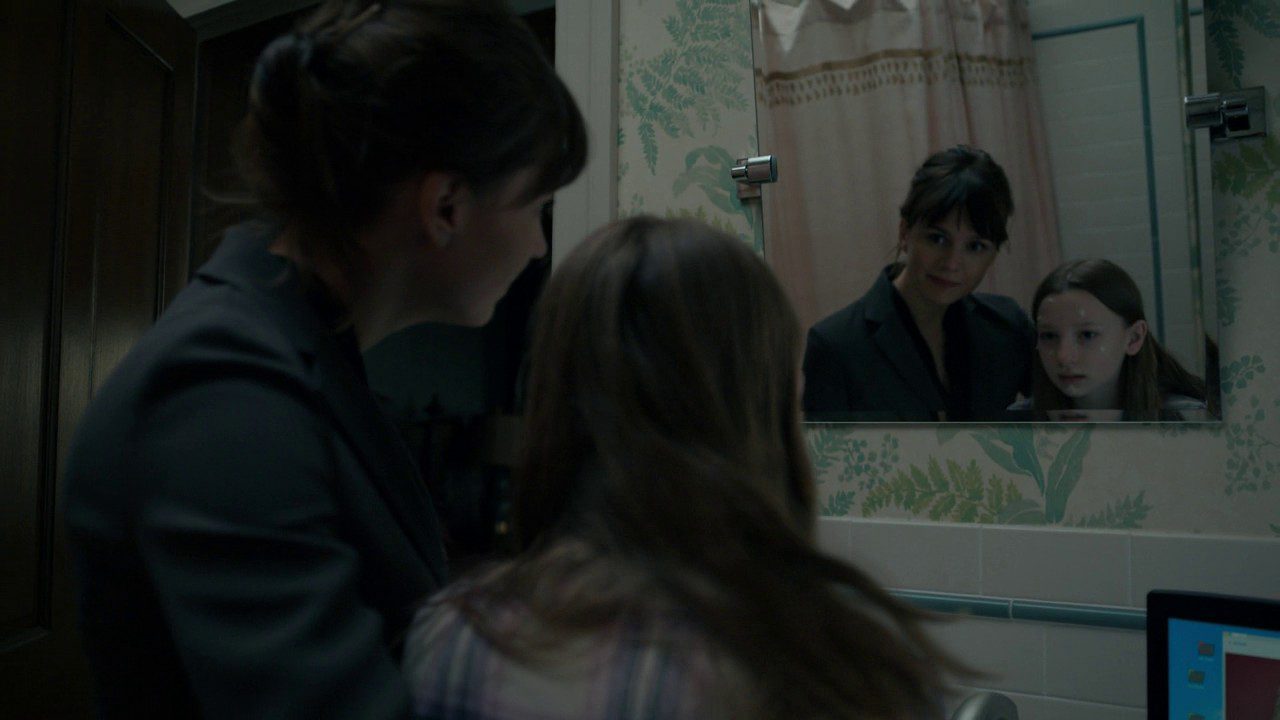 The episode closes in with Ben confused about Vanessa who now claims that she is her sister Maggie after sleeping with her. Vanessa is on the other hand is somewhere away. Leland introduces Sheryl to a man named Edward. But they both end up kidnapping and experimenting on her. The next we see is a completely new Sheryl meeting David. Lastly, Kristen has a heart-to-heart with Lexis about body images and gives her some strong lessons. With that Lexis gets comfortable with her tail which no one knows about yet.

Evil Season 2 Episode 11 remains untitled with not much information yet.  The closing moments of the previous episodes suggest that first, the church is requested to have an opinion on the new Ministry of Satan. Next, we have Kristen who is going hard on herself on day to day basis with her medicines. Lastly, David has found himself busy as Leland will be going through his last exorcism. All in Evil Season 2 Episode 11.