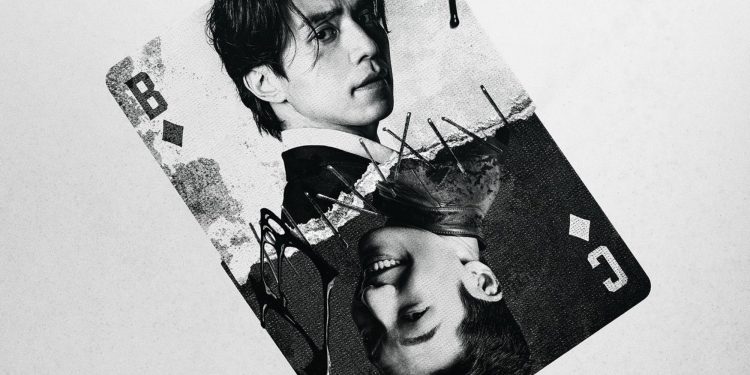 With 2021 ending on just an okayish note, channel tvN is bringing superhumans into the town the next weekend. Matching up to its name, “Bad and Crazy” is the upcoming k-drama bringing a morally obsessed hero with the determination to change the world. Straight from the minds from “The Uncanny Counter” screenwriter and director duo, Kim Sae-bom and Yoo Seon-dong. The k-drama is filled with action, fine details, romance, bromance, fear. Almost everything you name it, everything’s exceeding here till the level of mad and crazy.

“Bad and Crazy” Episode 1 will be released on December 17, 2021. It will be premiering on the channel tvN at 10.40 pm KST. The time slot was previously occupied by “Happiness”. The fans will also be able to watch “Bad and Crazy” on iQIYI streaming platform globally. Having a number of 12 episodes for now, the drama will run till the end of January. With some stills and videos, a number of teasers have been out till now.

The cast members of “Bad and Crazy” are known for their memorable performances. Along with their charming visuals and dreaming yet bomb characters played till now. Our very own Grim Reaper from the ‘Goblin’ who recently was also a Gumiho, Lee Dong Wook, is coming back as the man who is selectively good, Ryu Soo Yeol. With only a high school diploma in his hand, Soo Yeol is a competent police officer of the drug squad. Doing whatever his superiors tell him to do, he lives his life, making them happy. But as he sees his chance of getting a promotion drowning in front of his eyes. Congressman Do Yoo Gon did give him some hope, but things won’t be going that smooth.

Known for his roles as a renowned graphic designer from “The Romance is a Bonus Book” and the incredible detective whose phone battery never dies from the “Squid Games,” Wi Ha Joon joins the cast playing the character of K, a crazy dude who loves justice. Coming back in Soo Yeol’s life at an important moment, just like an ex coming back during mercury retrograde. The first glimpse we got of K is as a crazy helmeted man with an innocent smile. Unlike others, he doesn’t seem to be having an existential crisis as he thinks his aim is to bring justice to the corrupt world. And his first choice for his plan is our corrupt yet lovely detective Ryu Soo Yeol.

The badass gym teacher from “Lovestruck in the City,” Han Ji Eun, is back, playing Lee Hee Kyum. A police lieutenant in the drug investigation unit and ex-lover of Soo Yeol, Hee Kyum is someone who’s not afraid to stand up for herself and beat up bad people. While Sassy Go Go’s N will be joining the cast, playing the Oh Kyung Tae, an upright police officer. Being the fourth lead, his character is still a surprise that will open up in the episode premiere.

All The Tea: “Bad and Crazy” Teasers!

One of the few posters released earlier of the show has the bad guy Soo Yeol on the top while crazy guy K on the bottom. Both of them are two sides of one card. Or more like two different cards roughly joined together. Companied by the caption “Bad guy vs. crazy guy! Character redemption team play.” As if this wasn’t enough for the fans to wait in excitement and confusion, the video teasers showing Soo Yeol and K’s bromance have them choking with laughter.

Releasing the recent stills, the production team has given another look into the show. A picture of Dong Wook and Ji Eun looking at each other. Getting into their characters of the former lovers, Ji Eun seems to be looking at him in annoyance. While Dong Wook looks at her with a tired expression. While in another poster, both can be seen staring at each other intensely. Judging from the just the stills and as production has revealed, both Dong Wook and Ji Eun have done justice to their characters.

Julie Bowen’s Net Worth: How Much The American Actress Earns in 2021?