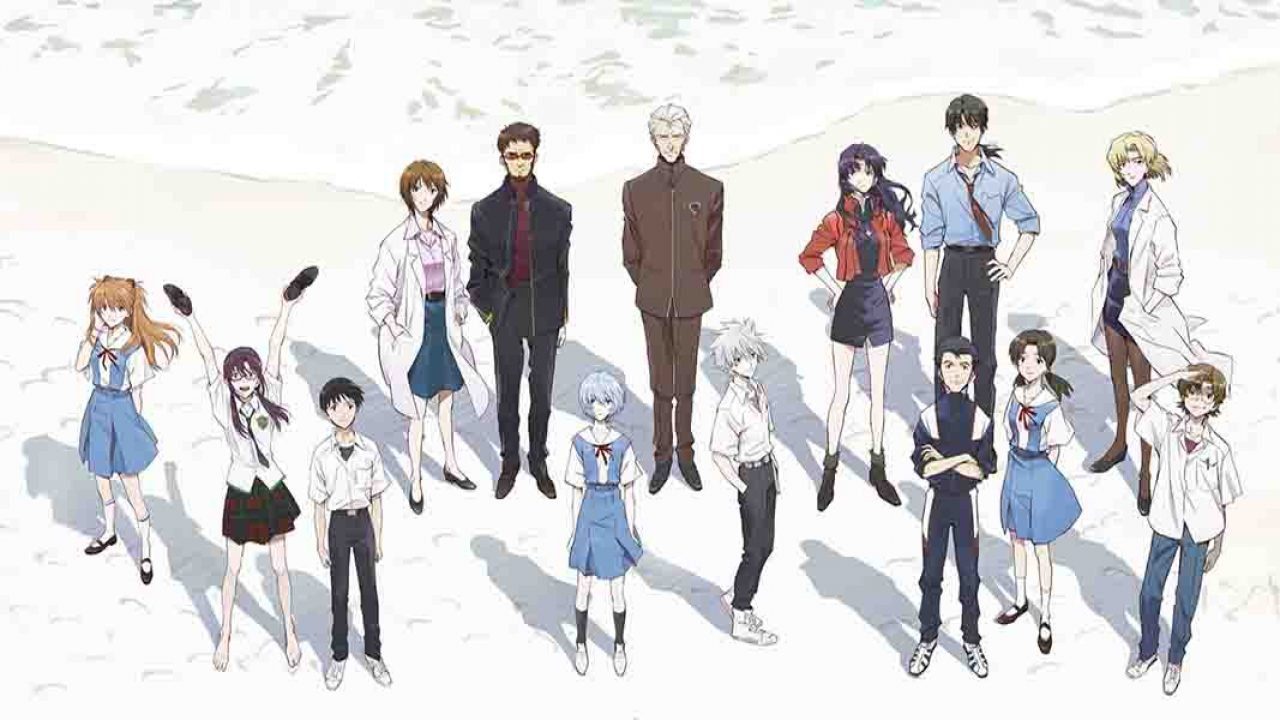 So after breaking records after records in Japanese theatres, it’s time for Evangelion 3.0+1.0 Thrice Upon A Time to break the same internationally. So the movie recently has made its appearance on Amazon Prime Video for viewers outside the country. The end of the decades of the story of Evangelion is coming to a wrap with one teary-eyed end. While some applauded and whole-heartedly expressed their goodbyes, some of them, the ending of Evangelion 3.0+1.0 Thrice Upon A Time, didn’t really click in. So here we are explaining what it was all about.

We will start right from the main plot and narrative of the film. Then answer questions like what made the main character Shinji change his mind about the world of Angels and Evangelions. How did he do the same with his father? The back story of Gendo. How one person changed everything for him. The thousands of clones ended up motivating Asuka to work hard. Lastly how the fate of every character changed towards the end of the movie. All thanks to Shinji’s hard decisions. Let’s break it down.

Evangelion 3.0+1.0 Thrice Upon A Time opens with Maya Ibuki’s team of Wille organization trying to restore Paris. They fight the interfering Nerv forces and manage to successfully restore the city. Then we move into our main characters Asuka Shikinami Langley, Rei Ayanami, and Shinji Ikari. The group comes across a settlement for survivors near the outskirts of Tokyo-3 before Wunder takes away Asuka and Shinji.

From Evangelion 3.0+1.0 Thrice Upon A Time Featuring Shinji.

Rei decides to stay behind as she explores the village as a farmer. She starts getting along with the world, knowing she doesn’t have much time. Later she ends up exploding. Meanwhile, when Gendo opts to restart Unit-13, Wunder leaves for Antarctica, and three Nerv ships and a swarm of EVA units come all blazing to attack. Soon it is revealed, all these events are part of Gendo’s sinister plan to restore Unit-01.

Shinji, on the other hand, started understanding the emotions and world of other humans little by little. Especially after meeting the settlements, which included adults Toji Suzuhara, Hikari Horaki, and Kensuke Aida, and also the son of late Ryoji Kaj. This leads to his change of perspective and attitude towards things. Now it’s up to Shinji to confront his father after all these years and if he wants to help in restoring the world or Unit-01.

So meeting with the human settlements sees the change of heart for Shinji. He rethinks of the world if he never would have gone inside the EVA and how things would have been different. But at the moment, he learns to let go of the past events and their impact. Instead, focus on the future. So he plans to stop his father Gendo, and instead of using violence, he decides to talk things out, which they never opted to it. This leads Gendo to reveal his true motives behind this all. 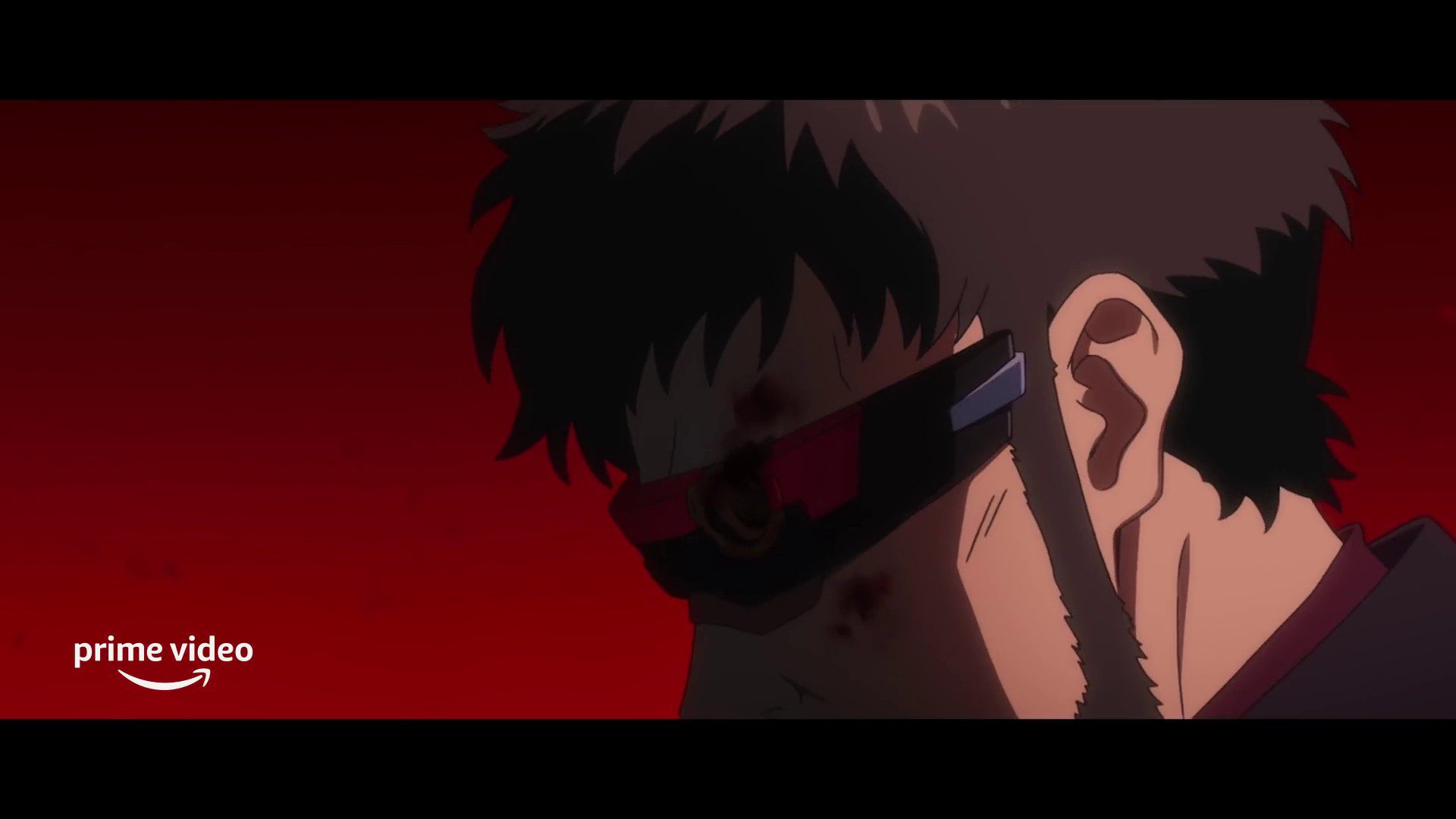 From The Official Trailer Of Evangelion 3.0+1.0, Thrice Upon A Time Featuring Gendo.

We witness the past of Gendo and how he is much like his son. He was not able to form social relationships until he met his wife, Yui. But when she died, things turned upside down for him. So he started focusing on resurrecting her and mostly abandoned his son. He believed it was a sacrifice to bring her back. But towards the end, he realizes Yui is not gone but is living right inside Shinji.

So they come to a circle, and Shinji looks for a complete reset and rebuild the world with angels and Evangelions. With the help of Yui inside him, Evas of Gendo and Shinji both work towards rebuilding the world, and we get a true ending.

Well, probably one of the most talked-about topics around the internet. Although we already knew from the previous movies that she has multiple clones. Probably the reason Asuka has a different surname from the original series. She is in fact, a clone of the original one, and there are thousands of other ones, and she is considered the most perfect of them. 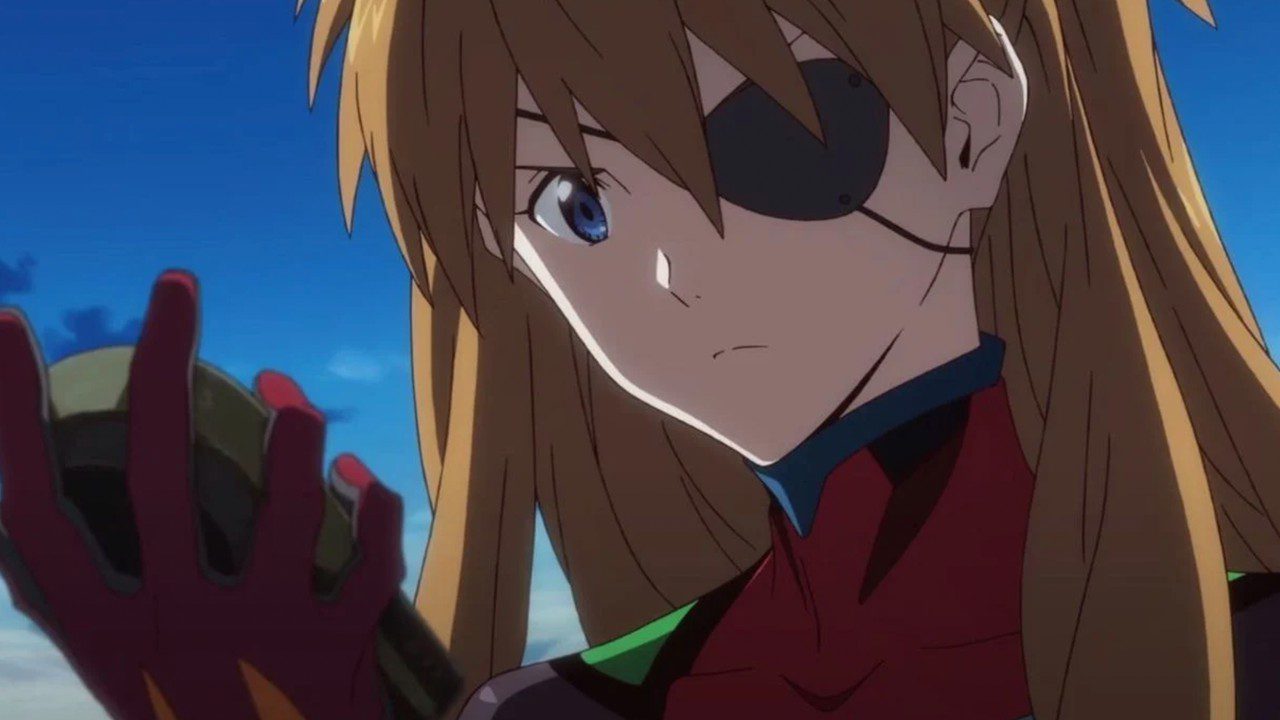 From Evangelion 3.0+1.0 Thrice Upon A Time Featuring Asuka.

Asuka’s drive to being the best pilot is because of the fact that once she starts failing to expectations, she can be replaced anytime. After observing Rei as one of the failed replacements, the fear increases, and that’s the reason we constantly saw her going all out. Including the time she fought Gendo in this film where she decided to uncover her eye patch and reveal the Angel trapped inside to defeat him. Although she didn’t win.

Evangelion 3.0+1.0 Thrice Upon A Time’s final moments see Gendo and Shinji successfully recreating the world. Thus giving a new chance to everyone in a world without Evangelions. The events from the previous films in this world never really happened. The film ends at a train station with every one living a normal life. We see Shinji and Mari running away together while Kensuke is with Asuka and, lastly Rei and Kaworu. Although Shinji and Asuka don’t end up together despite the fact, Asuka confessed her love earlier in the film, it is what it is. It may have ended up breaking many fan’s hearts, but it is said their love grew out.