Eva Amurri has found herself in love again after getting divorced from Kyle Martino and is in a relationship. 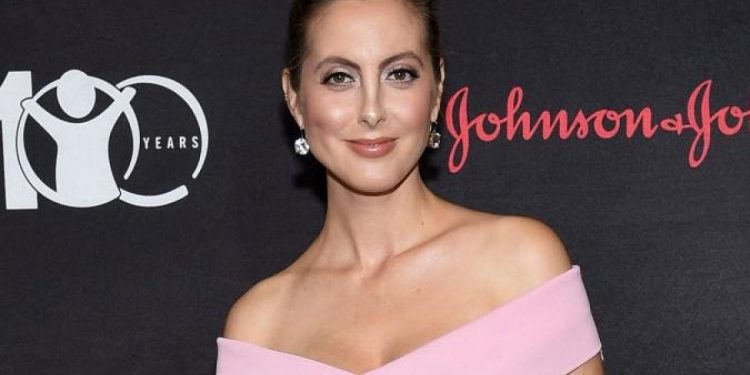 Eva Amurri has found love for a second time after splitting with her ex-husband, Kyle Martino. So who is Eva Ammuri’s boyfriend? Well, her boyfriend is not some renowned celebrity but a chef from New York. Her meet-cute-up with her boyfriend is very interesting as she explains in her blog how she got to know him. Before that, the American Lifestyle Blogger was married to Kyle Martino for almost eight years. However, they could not work out their marriage. She also shares three children with her ex-husband.

The American Lifestyle Blogger has already and publicly told about her current boyfriend in her blog post. In fact, she, her boyfriend, ex-husband, and their kids often spend time together. Their most recent getaway was on Thanksgiving. They were also spotted together on their daughter Marlowe’s birthday and Halloween. Eva mentioned on Instagram recently how she never thought she will spend time together with her boyfriend, ex-husband, and their kids together. The mother of three seems happy and glowing despite everything.

Also Read: Lucie Donlan’s Boyfriend: Who Is The American Model Dating in 2021?

Eva Amurri’s Boyfriend is Ian Hock, a chef, and baker from New York. The American lifestyle blogger revealed about dating in the early of January 2021. She introduced her boyfriend on January 07, 2021, on her blog of Happily Eva After. She spoke in her blog about how she is very happy to be dating again after her split with her ex-boyfriend, Martino. Eva went on to describe her boyfriend as funny, super loving, handsome, and creative. Furthermore, she said that both of them have a lot of things in common. Her boyfriend is 6’4″ and makes her feel like a small little person considering how it is not easy to do to her as she is 5’10”. Meanwhile, she got divorced from her husband in 2020.

Eva Amurri Met Her Boyfriend in His Restaurant

Eva Amurri spoke in her blog as to how she met her boyfriend. She and one of her friends went to his restaurant. They were dining together. Her friend already knows her boyfriend from their high school days. Later on, the pair had a spark and an instant connection after talking for a while. The new Girl alum also thought how he was easy to talk to and cute. However, neither she nor her friend knew anything about his relationship status or life. After that, he followed her back after she followed him on Instagram. They begin talking with each other. The pair got to understand each other from texting and laughing together while exchanging messages for a month.

The American Lifestyle Blogger Divorced from her Ex-Husband in 2020

The American Lifestyle was once married to the former athlete, Kyle Martino. The ex-couple got married in 2011. However, they decided to divorce in 2019 with their legal divorce taking place in February 2020. The ex-pair did not publicly state their reasons for the divorce. Later on, the former athlete revealed during an interview in 2020 how they were sucking at their marriage despite their efforts for making it work. He did not realize during that time how he was undergoing depression. Kyle did not know how to deal with it. They love each other. But they should not be married as they suck at that. The ex-pair will also be in each other’s lives forever as co-parents. Furthermore, they have the best relationship they have had in a long time now.

Eva Amurri surely spends a lot of time with her family. Her recent Instagram post on Thanksgiving surely gave a hint as to how she is on friendly terms with her ex-husband. In fact, her boyfriend also gets along with her ex-husband. In the most recent post, the three of them were matching pajamas along with their children. Eva also mentioned the squad’s getaway in the caption of the post. She also spoke about how she changed over the past two years while sharing a throwback video and post. The lifestyle blogger already mentioned in her blog post last month how they were planning a vacation for the kids along with some other friends for Thanksgiving.