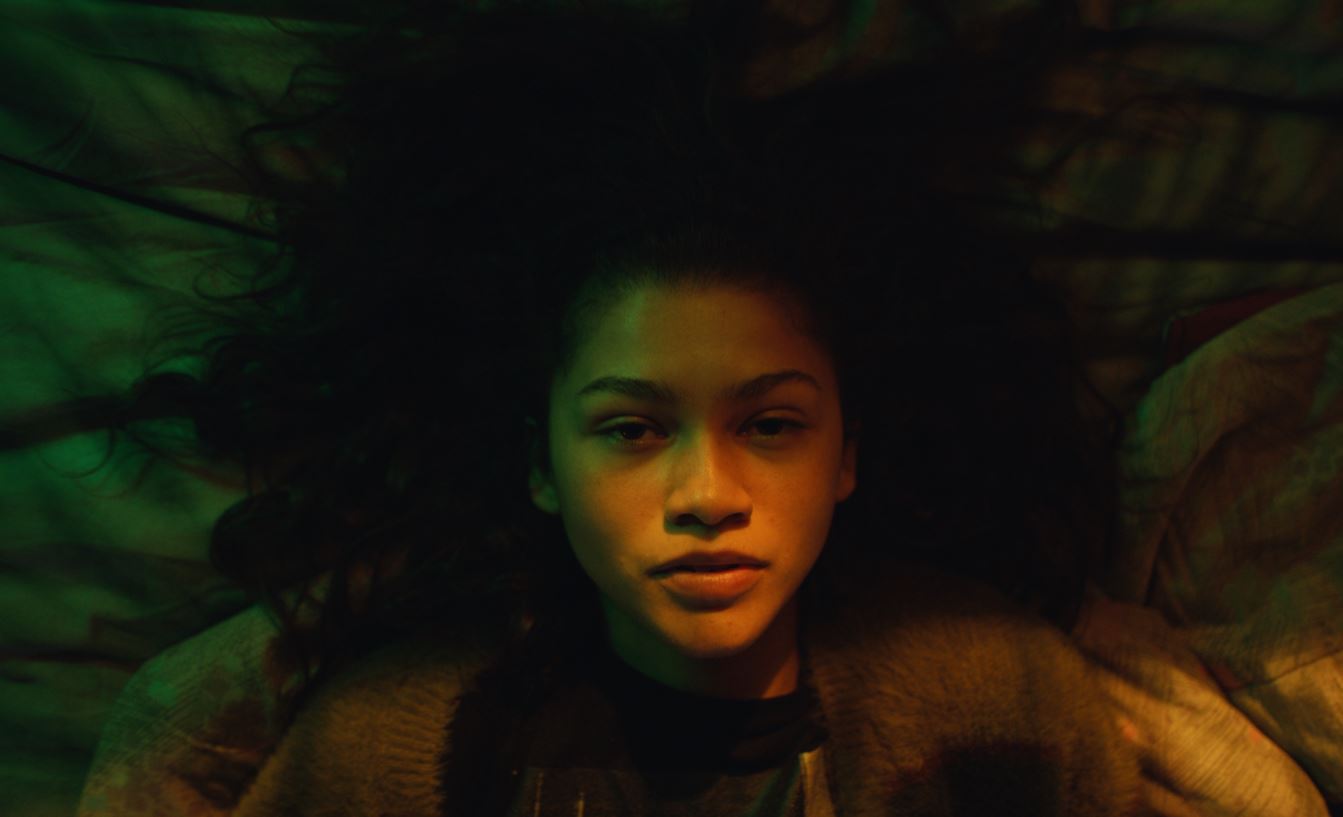 Euphoria is a teen drama TV series that has been loosely based on the Israeli TV mini-series of the same name. Created and written by Sam Levinson for HBO, Euphoria is a multiple award-winning TV show. While the cast as a whole was wonderful, the talented Zendaya played the lead role winning an Emmy Award for the same. The show became an instant hit as it followed the messed-up lives of high school students. For this, the show made use of elements of drugs, sex, friendships, love, trauma, and one’s identity. If you all remember, Euphoria was given a green light for season 2 even before season 1 ended. This made the fans believe that Euphoria Season 2 wouldn’t be that far away. Luckily for the fans, they will be able to experience Zendaya’s raw portrayal of Rue Bennet this year as the filming is finally underway.

Euphoria Season 2 is highly anticipated as Season 1 left the viewers looking for more of the controversial HBO series. Worry not, as HBO had confirmed that the pieces are finally falling back together, and a season 2 will soon arrive on our screens. The characters in the show were left dealing with quite a bit ranging from pain to trauma. It could be a stretch, but all of us have gone through a fair bit of this ourselves through the last year. With impending fear of the virus, many faced mental health issues as well. Euphoria not just gives its portrayal of all the dark elements in the lives of a teenager but shows it in such a raw way that one could always connect to it in some way or another. Fans can rejoice to know that Euphoria is set to return this year itself.

When Will Euphoria Season 2 Release?

Euphoria Season 2 is set to be released sometime in late 2021 or early 2022. With the beginning of the pandemic, many TV shows and movies had to halt their productions. But unlike other shows, which had the opportunity to at least start the productions or not at all, Euphoria had begun with the table reads. The cast and crew were back on the sets preparing for the upcoming filming only to be shut down later in March 2020. The good thing is, at the 2020 Emmy Awards, HBO President Casey Blogs announced that the show is most likely to resume production at the beginning of 2021. In the meantime, we were greeted by two special episodes starring Zendaya and Hunter Schafer. The special episodes are called “Trouble Don’t Last Always” and “Fuck Anyone Who’s Not a Sea Blob”. More on this will be discussed later.

The filming does seem to be back on track as there is a backstage listing revealed for the production of Euphoria Season 2. This was revealed on 17th February, saying that the production was supposed to be started later on 5th April 2021 in Los Angeles. As Eric Dane made a cameo appearance in Grey’s Anatomy, he was asked for any updates on Euphoria’s filming. He replied, saying that the filming did resume in mid-April. Euphoria Season 2 filming has begun, though his shoots were scheduled for later dates. According to him, the bar they set in Season 1 was pretty high. And as they worked together to put out a worthy installment, he believes that Euphoria Season 2 will be released as soon as possible. This could possibly mean that Euphoria Season 2 might just be released this year than next year.

What are the Euphoria Special Episodes? 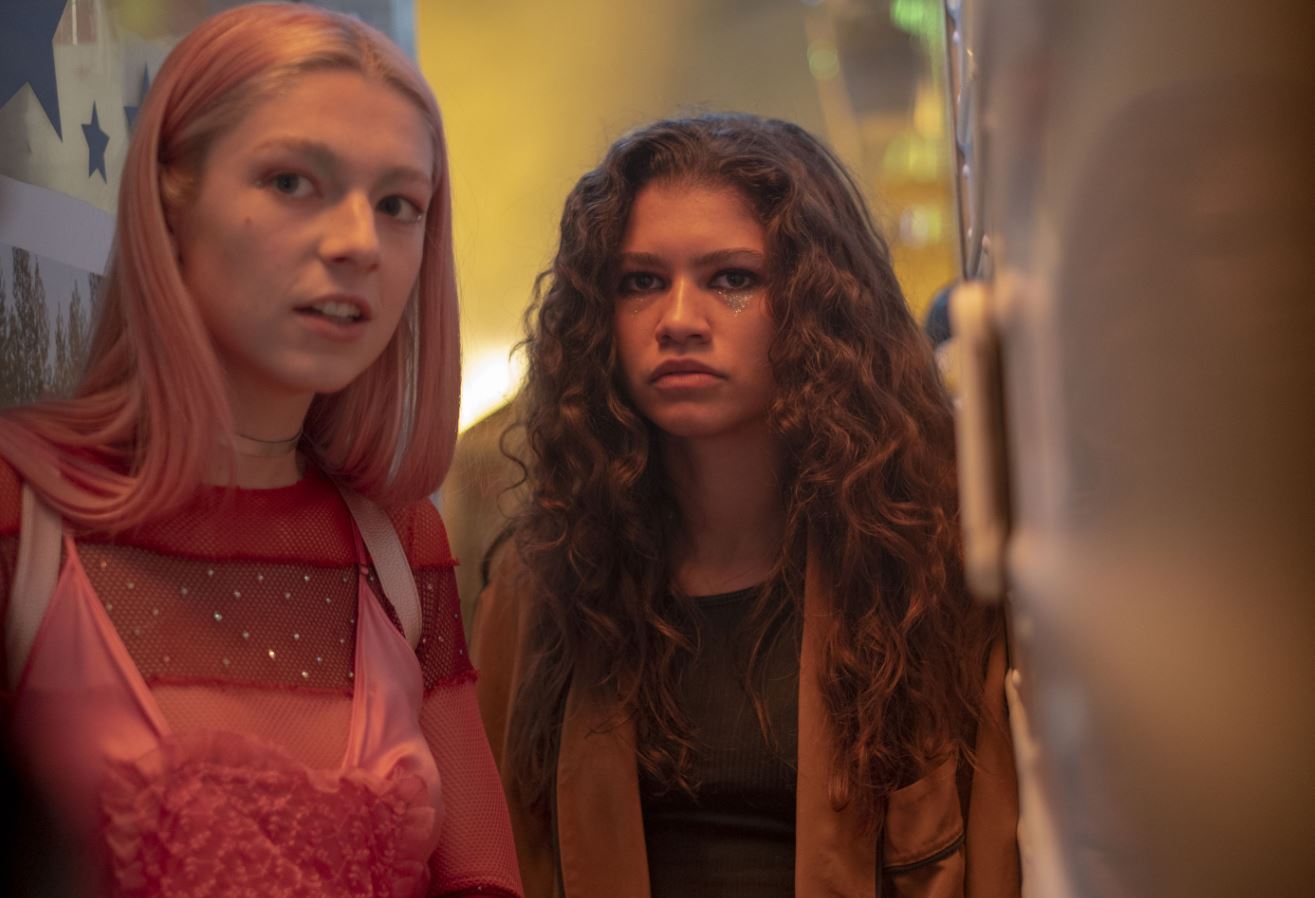 What will be the Plot for Euphoria Season 2?

While HBO did give a green light on Euphoria Season 2, there has been no confirmation on what the installment will be about. The lead actress Zendaya confirmed how the second season was written to have a “beautiful” story. Even Zendaya wasn’t able to give out something concrete, and rightly so, Levinson is known to be one to rewrite his scripts. Possibly that will be the case for Season 2 too.

In an interview, Cassie actress Sydney Sweeney teases how the script even managed to shock her. According to her, the script was so over the top that it dropped her heart. It is something unexpected by the viewers as Cassie is about to go through some difficult times. The storyline around her in Season 2 is crazy, and as Sydney read the script for each of the episodes, her jaw kept dropping. It’s difficult for her to even fathom that this story came out of someone’s mind. This makes Sam Levinson’s script even more intriguing. A similar reaction was viewed from Kat actress Barbie Ferreira as she praised the Season 2 script. 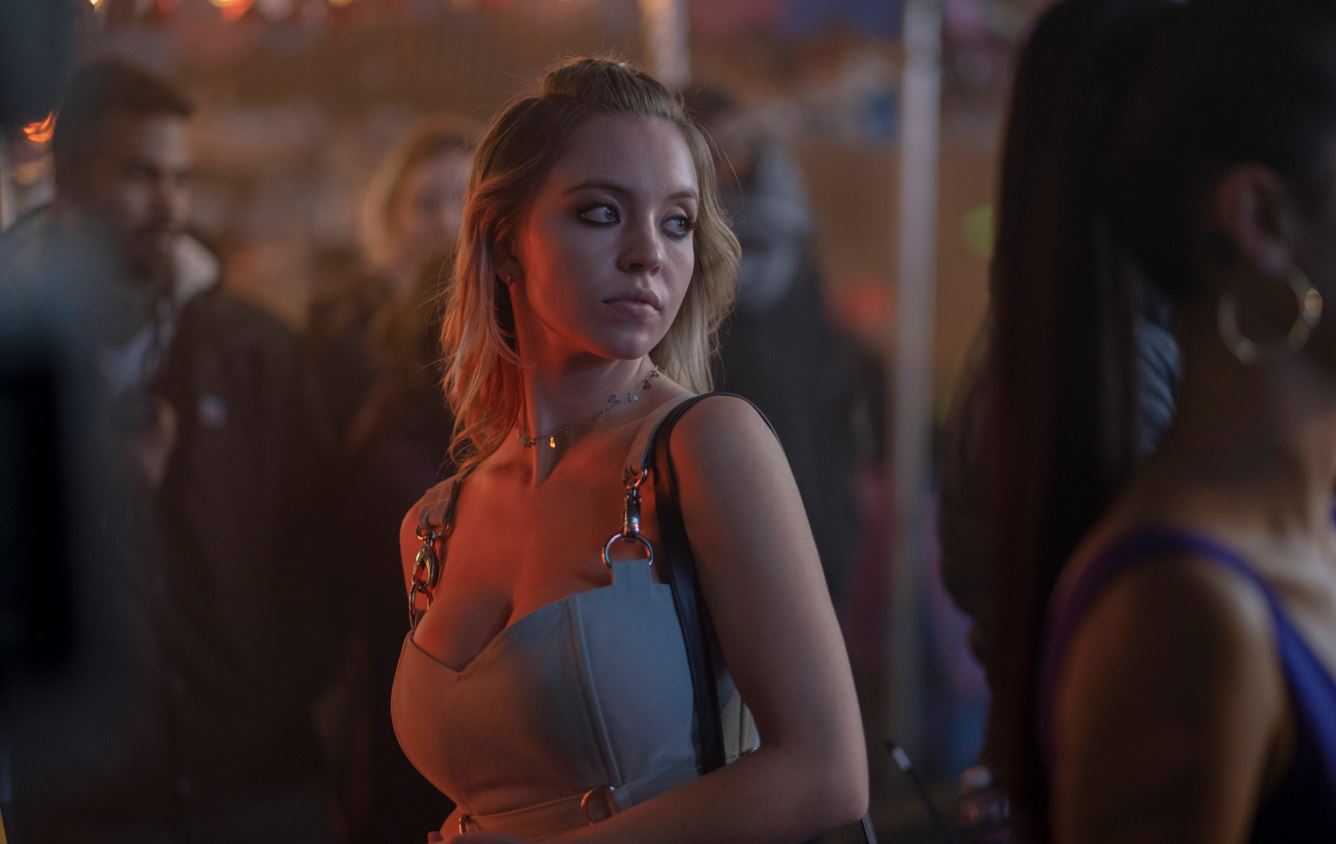 The first COVID Special Episode showed a sense of indifference Rue had towards Jules. At the same time, the second one showed Jules question her relationship with Rue as she had become overly dependent on her presence. The two characters have parted ways at the end of the first season, and it will be exciting to see how they react as they get back together. There is no confirmation of them actually getting back together, but they are sure to head horns. Elsewhere Nate and Maddy end their seemingly toxic relationship in the season 1 finale. While Cassie finally decided to terminate her pregnancy.

Who will be in the Cast of Euphoria Season 2? 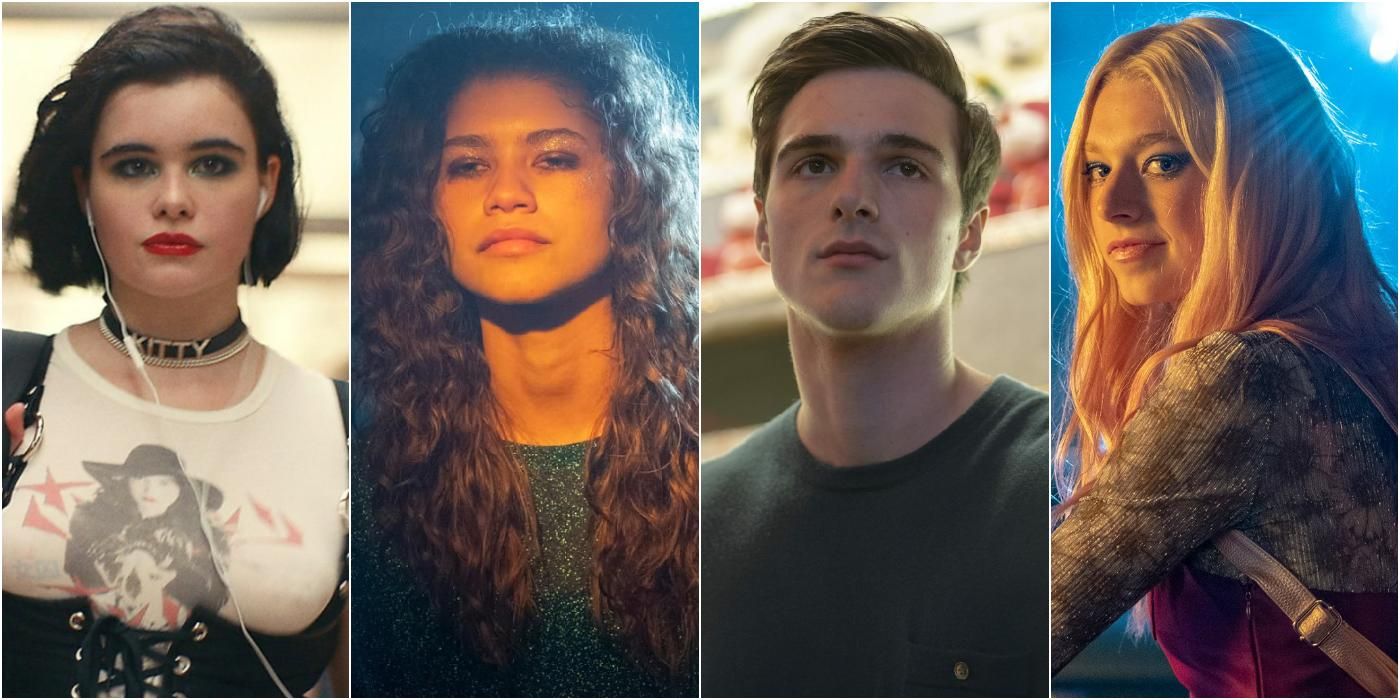 The cast for Euphoria

At the end of Euphoria Season 1, we see Rue starting to relapse in a melodramatic way. Here fans were doubting whether she is still alive. Thankfully, as the COVID Special Episodes aired, it was confirmed that Rue was still alive. This would mean that Emmy Award-Winning Zendaya is set to reprise her role as Rue in Euphoria Season 2 as well. Rue is a recovering teenage drug addict. Additionally, we should expect Hunter Schafer to return to the role of Jules. Other reprising cast members are Maude Apatow and Sydney Sweeney as Lexi and Cassie, respectively. Nate and his father, Cal, both will be continued in the series by Jacob Elordi and Eric Dane. Alexa Demie will play as Nate’s on and off girlfriend, Maddy, while Storm Reid is to play Dan. Other roles of Barbie Ferreira, Algee Smith, John Ales, etc., are all set to be reprised.

Also Read: TV Series Similar To Euphoria You Can Watch This February

Will there be anyone New in the Cast?

Back when the Backstage listing was revealed in February 2021, HBO revealed that they were in search of two characters. One would be a new leading role named Jamieson. For this, they require a Black Male Actor aged 18-25 who could play a 17-year-old teenager. The role will probably have drug problems for himself. While he is also supposed to be mischievous, funny, unafraid, and sensitive nature. This role could quite possibly be a new love interest for Rue or Jules, considering the casting call mentioned that the actor should be comfortable with sexual scenes and nudity. The other character will be called Bruce and will be a recurring character having guest appearances. Lastly, as all know that Kelvin Harrison Jr. was to join the Euphoria cast in Season 1. But due to scheduling conflicts, his character has been rewritten for Euphoria Season 2. 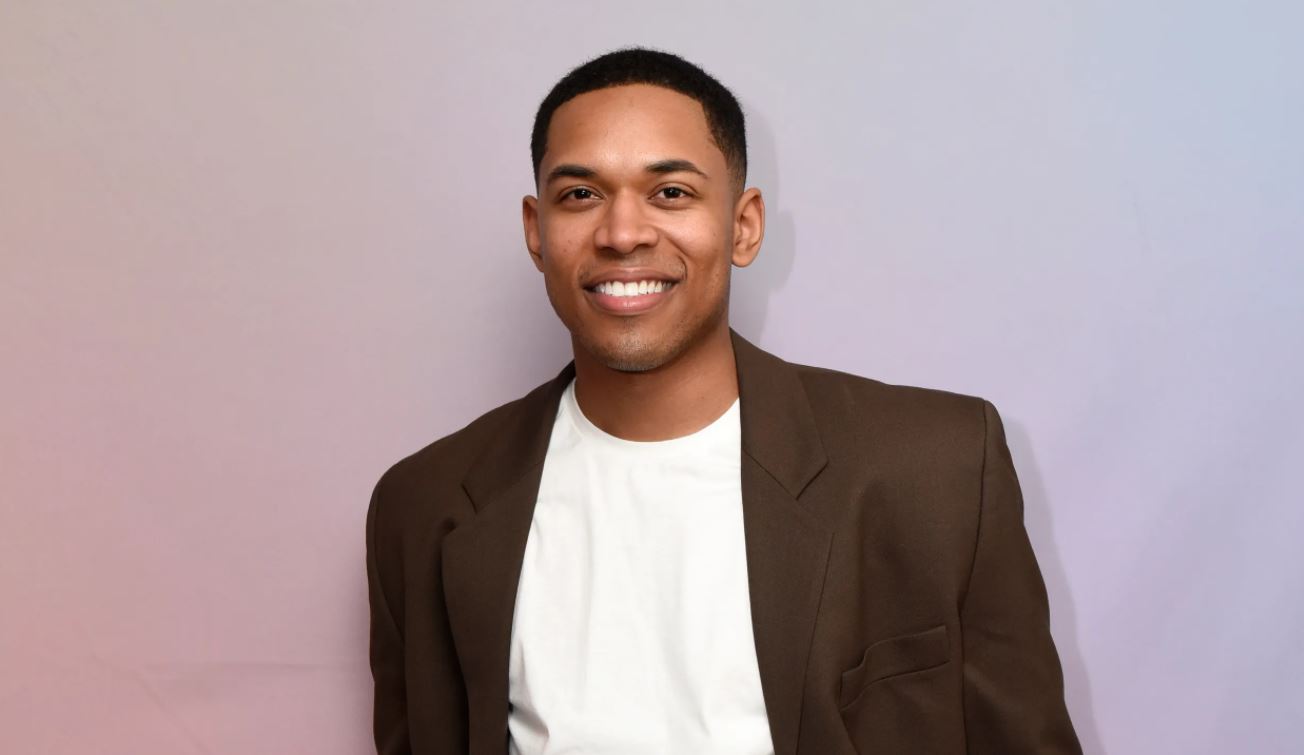 Where to Watch Euphoria?

Euphoria is a TV show originally made for HBO, and so it could be viewed on both its website and HBO Max. Other options to watch the TV show are Amazon Prime Video, and Hulu. The series may not be available in India in the above-mentioned services. Therefore it has been made available on an alternate streaming platform. Viewers from India can watch Euphoria on Disney+ Hotstar.

Also Read: Who Is ‘Zendaya Coleman’ Dating? What We Know About The Euphoria Star