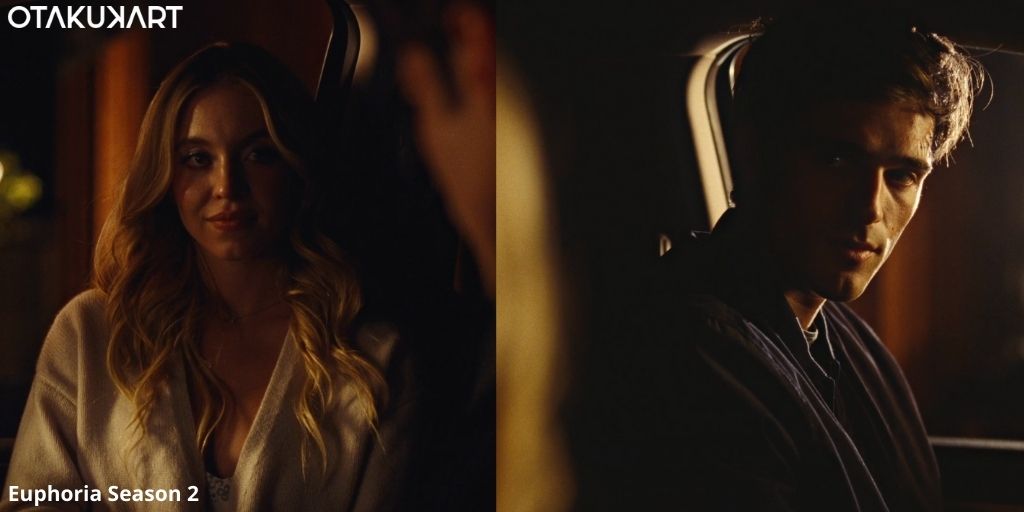 Things are going to get a lot more chaotic for everyone on Euphoria Season 2 Episode 3 next week. Whereas, the previous episode was nothing less of chaos in itself as we saw a lot happening with the characters throughout. We got a look at Rue and Jules finally back together in a relationship. However, things got a lot awkward when Jules got all clingy and jealous seeing Elliot between them and assuming a theory of her own.

On the other hand, Nate got out of the hospital early and instantly started regretting it as he had to fix up the mess he created by hooking up with Cassie at New Year’s party, whereas Cassie was in depression since the party due to her thoughts about everything that went down. Meanwhile, Cal was trying to find out who beat his son Nate so badly and therefore went to Cassie’s house to ask her about what happened that night. It did not look good for Kat either, who was having doubts if she even loved Ethan or not.

The teen drama from HBO has garnered a huge number of viewers since its debut in the year 2019. The exceptional and engaging storyline has ensured that the series remains a hit among the audience. After a successful first season, the series has kicked off with the second season on 9th January 2022. Although, the fans are now excited to watch Euphoria Season 2 Episode 3. However, let us find out what happened in the previous episode first.

Episode 2 of Euphoria Season 2 dropped on 16th January 2022 titled “Out Of Touch”. The episode began with Cassie, Maddy, and the others taking Nate to the hospital after Fezco beat him up. While Nate was fantasizing about having a life with Cassie and what it could have been if he got in a relationship with her instead of Maddy in the first place. Moreover, he also fantasized about how he could be a better dad and not destroy his child’s life as his father did to him. However, he soon got discharged from the hospital and started to recover. On the other hand, Cassie had been a mess since the party night and was probably having a nervous breakdown about betraying her best friend, Maddy.

Although Nate told her never to let anyone know about this otherwise, Maddy would kill her. Moreover, he met her in person a week later and tried to clear it all up by calling it all a big mistake on his part. But eventually, they hooked up again. Moving on, Rue and Jules were back together but realizing Rue was in touch with Elliot got her jealous, thinking that Rue has a crush on him, while Rue was trying to hide the fact that she was doing drugs with Elliot not crushing on him. Later at night, Jules went out bowling with Maddy, Kat, and Ethan and had a really good time. However, Maddy told her that she was considering getting back with Nate, but Jules suggested to her that it was a bad idea. Coming to Cal, he was desperate to find out who beat up Nate so badly.

Therefore, he got Cassie to confess that Fezco was the one who beat Nate up. Meanwhile, we got to see how Lexi had been passive all her life and afraid to say anything. But she decided to speak up this time and went out to meet Fezco at his store but saw Faye with him. Although Fezco told her she was not his girlfriend or anything, she still couldn’t speak up. However, things became tense when Cal walked into the store, asking a lot of questions from Fezco while shopping. But he eventually walked out peacefully. In the end, we saw Cal asking Nate about why a drug dealer beat him up. To that, Nate told him he was trying to stand up for him against the people who find out what Cal did with Jules.

“Euphoria Season 2 Episode 3 will release on 23rd January 2022 at 9 pm ET on HBO Max.” Moreover, the episode will be titled “Ruminations: Big And Little Bullys”. The episode will see Nate straight up ignoring Cassie at school that will hurt her a lot. Meanwhile, we might get a look at Cal’s past and how he turned out like this.