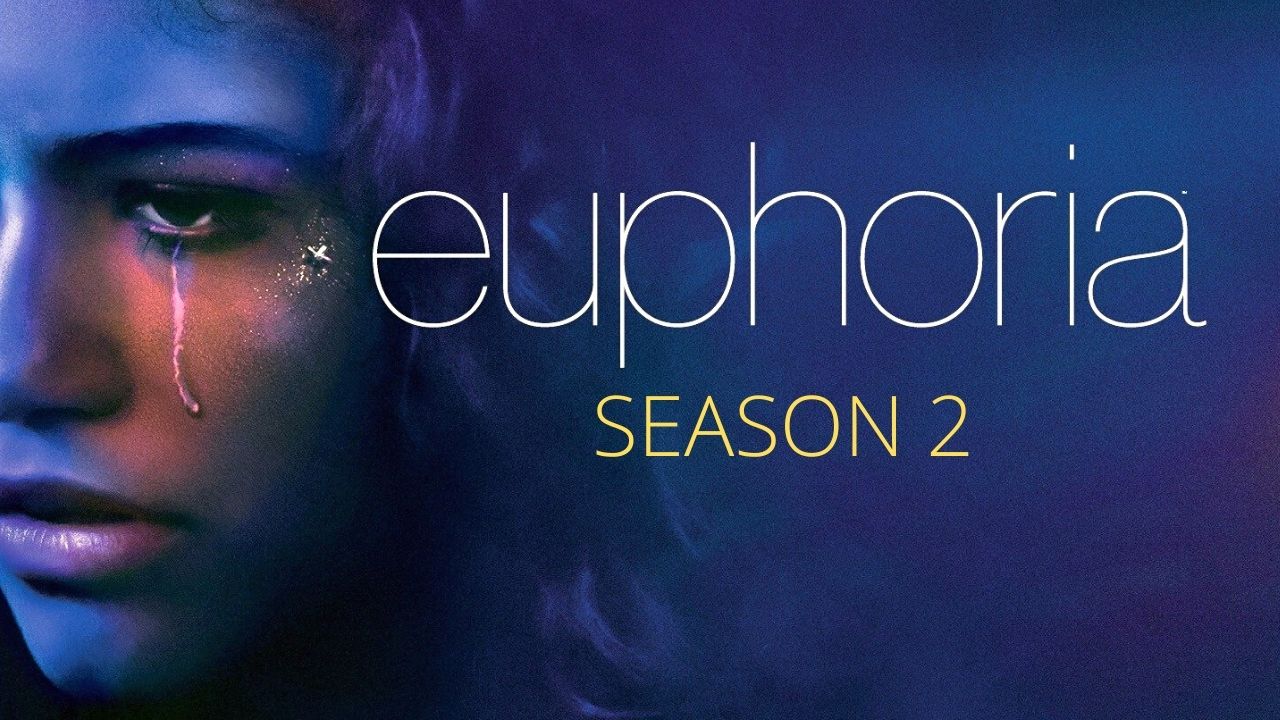 Euphoria Season 2 Episode 1 release date is a hot topic of discussion these days. When will Euphoria Season 2 Episode 1 release? Who will be the cast members? Where will the plot move in the second season? All these questions have created quite a stir on the internet. Being one of the most liked series of its time, Euphoria is set to be back with another amazing season. Fans all over the world are curious to find out the release date. Some information has been out on the internet and some have not. However, this does not deter the fans’ desperation. Euphoria is an American teen drama triggering some of the basic yet important issues of recent times. Luckily, it has proved to be different from the existing ones. Thus, making it earn an 8.4 out of 10 ratings on IMDb.

Euphoria is a teen drama that revolves around the issues faced by teens of this era. From psychological issues to physical and social issues, how these aspects affect these young students have been portrayed beautifully by the ensemble cast of Euphoria. Friendship, love, intimacy, identity among their loved ones, traumas of the past, and drugs are important factors in the growth of these characters. No wonder, people have been loving these concepts for a long time. As a result, it has helped the show gather immense popularity across the continents.

Sam Levinson has created the show. Euphoria is based on an Israeli TV show of the same name. The latter was created by Daphna Levin and Ron Leshem. Moreover, Drake, Gary Lennon, Zendaya, and others are the executive producers of the show. Interestingly, the drama’s soundtracks have been a binding force. Composers Labrinth and Gustave Rudman Rambali have received huge appreciation for their work in the series. 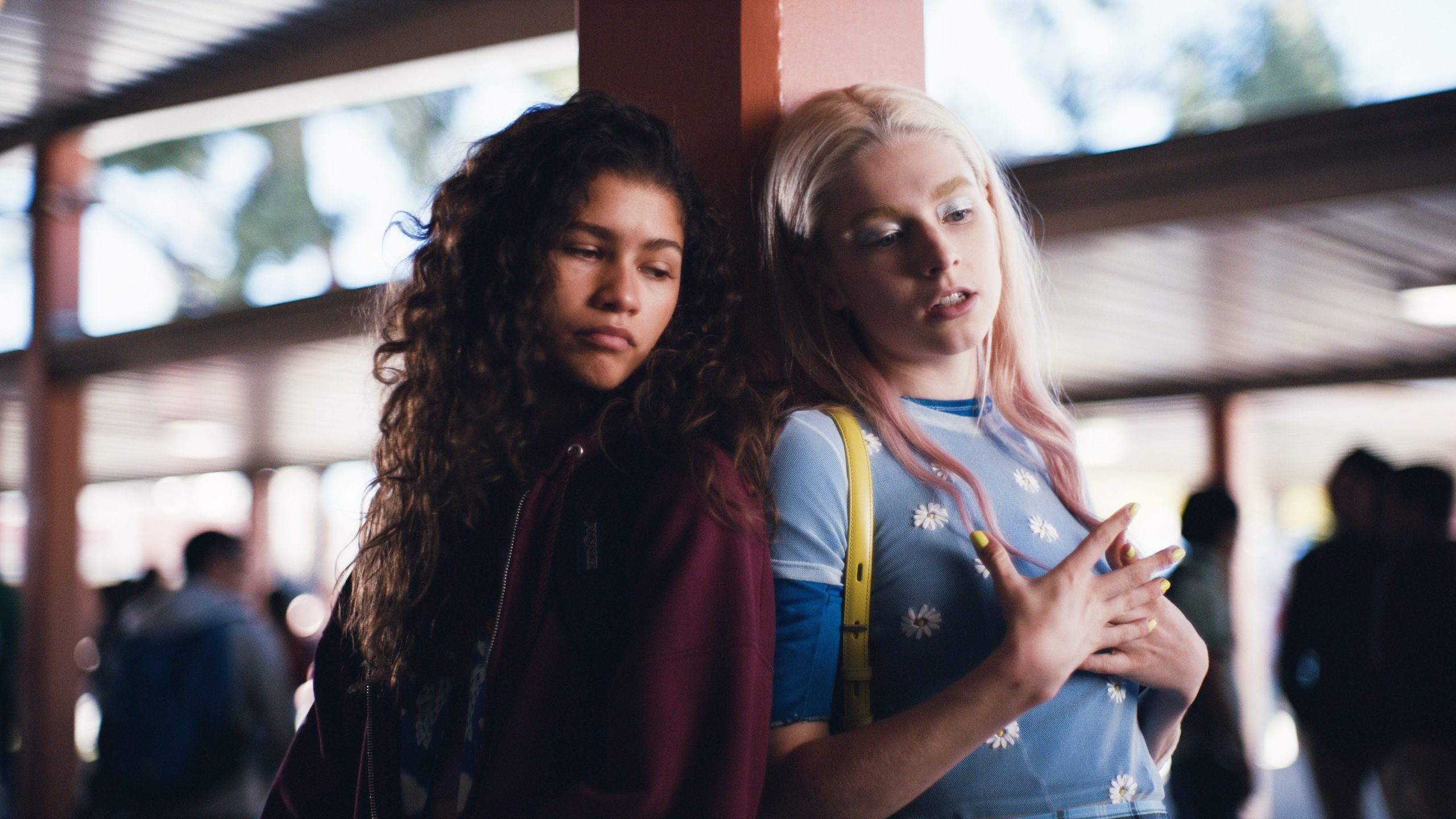 The Cast Of Euphoria: Will There Be Any Additions?

The cast of Euphoria is yet another reason why the people are loving this show immensely. The ensemble cast of Euphoria has created euphoria amongst the fans. Meanwhile, it has once again turned out to help the show in gaining fame. The main cast of Euphoria includes Zendaya, Maude Apatow, Jacob Elordi, Eric Dane, Angus Cloud, and Barbie Ferreira. Likewise, Nika King, Storm Reid, Hunter Schafer, Sydney Sweeney, and Colman Domingo have main roles in the teen drama. On the other hand, recurring cast like Alanna Ubach, John Ales, Lukas Gage, Javon Walton, Austin Abrams, and Paula Marshall have some important roles in the show.

The Spider-Man: Homecoming fame actress Zendaya is the protagonist in the series playing the character of Rue Bennett. She has very beautifully depicted the struggle of a teenager who wants to find her place in the world, alongside taking a break from her drug addiction. Likewise, The Kissing Booth fame Jacob Elordi plays the role of a high school athlete named Nate Jacobs. His anger issues have been the talk of the town throughout the season. Another important character in the series is Lexi Howard who is played by Maude Apatow. She is Rue’s childhood friend and the only one she has. 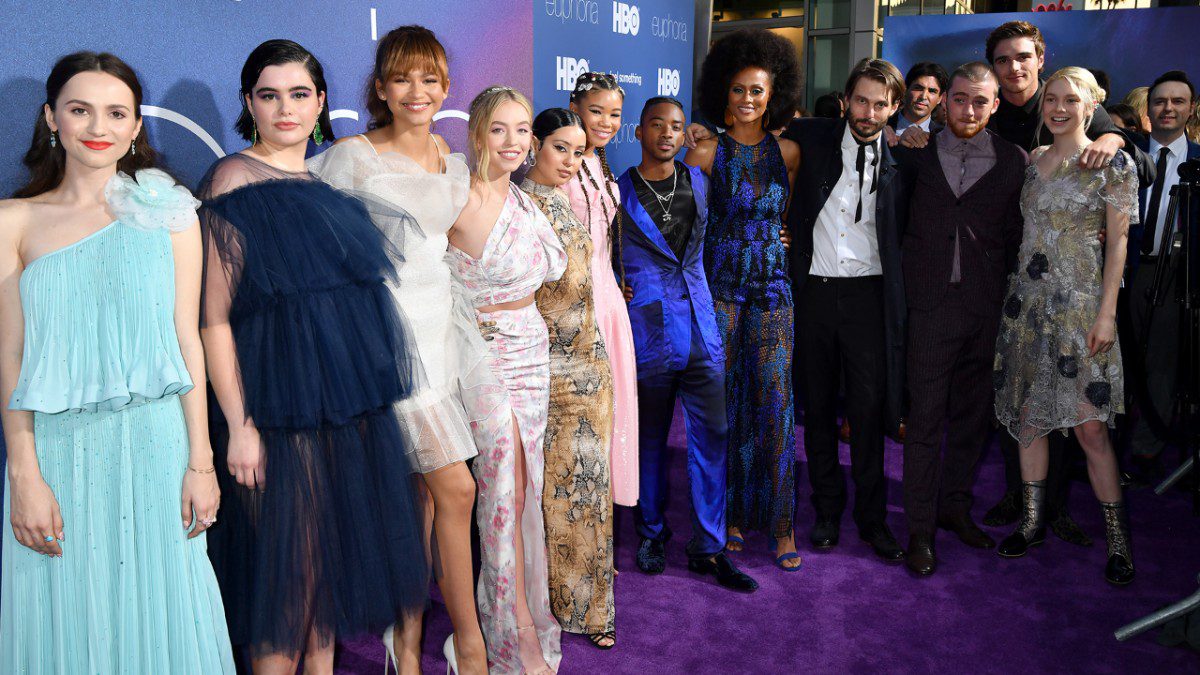 Meanwhile, Rue’s close relationship with the local drug dealer, Fez, has been portrayed by Angus Cloud. Other major roles of Cal Jacobs, Kat Hernandez, and Jules Vaughn have been portrayed by Eric Dane, Barbie Ferreira, and Hunter Schafer, respectively. On the other hand, some new faces will be seen in the upcoming season of Euphoria. There were announcements about three new members joining the cast. They are Minka Kelly, Dominic Fike, and Demetrius “Lil Meech” Flenory Jr. It will be fun to find out how they affect the existing ones.

Also Read: TV Series Similar To Euphoria You Can Watch This February

Euphoria Season 1 Recap: What Happened In The First Season?

Before moving on to the second season, it is important to find out and discuss the happenings of Euphoria Season 1. The show was premiered on June 16, 2019. Interestingly, the season had just eight episodes. However, these eight episodes were capable of holding its fans for this long. The last episode was aired on August 4, 2019. As we all know, Euphoria is a show that talks about some of the major issues faced by teens. Undoubtedly, the show was capable of reaching heights. The show kicked off with Rue Bennett returning home after her rehab. She struggled with various disorders since childhood. However, soon after returning, Rue started drugs once again. At McKay’s party, other characters are introduced. Jules, who is transgender and new to this town, enters the party. However, she chose to become intimate before turning into the party. 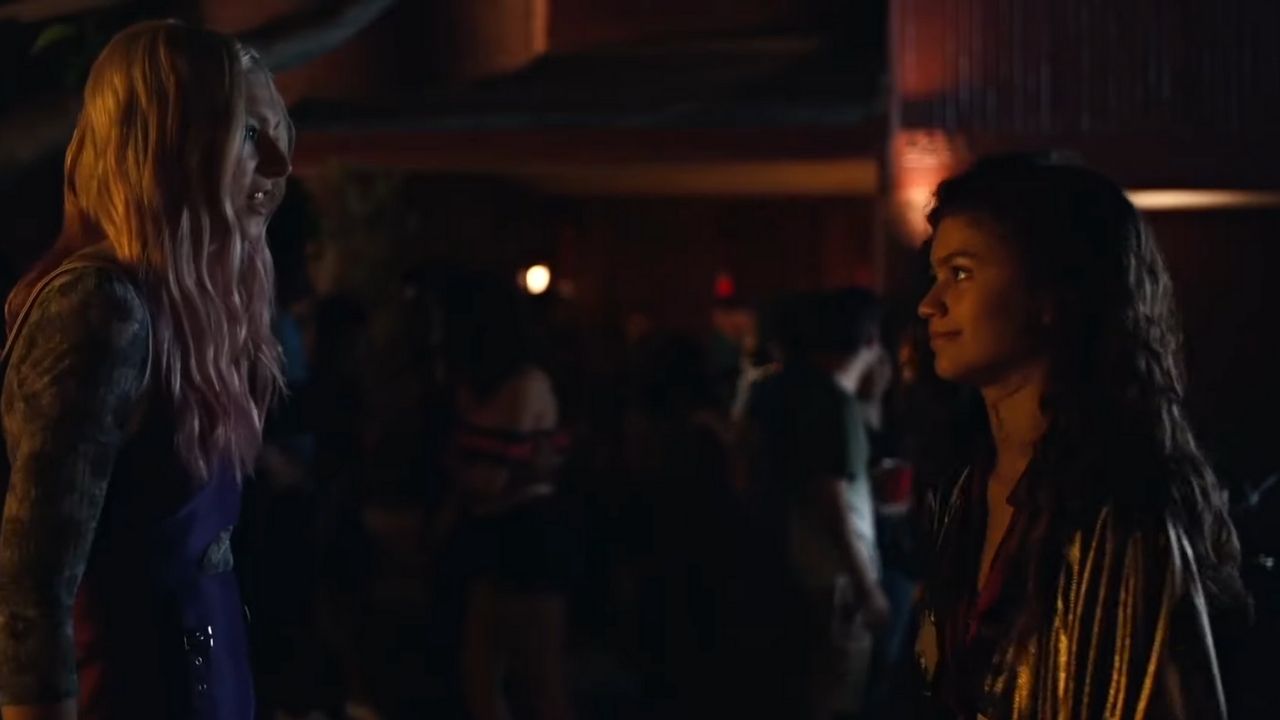 A still from Season 1

Later in the story, we find out that Jules became close to none other than her classmates’ father. Talking about that classmate of Jules, Nate Jacobs is seen aggressive as his ex-girlfriend Maddy took revenge on him. However, he took Maddy in the miserable state and fought with Tyler instead. Due to Nate’s rude behavior at the party with Jules, Rue and the latter become friends, only to fall in love later. Slowly and steadily, with each episode, a new trauma opened up in front of the viewers. Every character has been through some bad parts in their lives. McKay and Cassie’s relationship is seen going through turmoil throughout the season.

Nate and Maddy were seen having a difficult time saving their relationship. Due to Nate’s family and physical issues, it was not easy for him to manage his anger. All these things have a negative impact on his life. Fortunately, he wins the football championship but fails to impress his father. Meanwhile, Rue threatens Nate of leaving Jules else she will expose him and his father. It turns out an escape plan for Jules however Nate taunts Rue of the former’s loyalty. Throughout the season, Jules and Rue’s relationship elevated peacefully.

A still from Euphoria Season 1 Episode 2

Although it was not easy for both of them. In the meantime, Jules meets another girl named Anna through an old friend. They both grow fond of each other. Later, Jules finds herself in a state where she is in love with both Anna and Rue. She confronts her feelings to Rue. Both the girls decide to leave the city together. However, in the final moments, Rue backsteps from the plan. Unfortunately, Jules sticks to the plan and leaves the city without Rue. After a lot of issues, Rue was finally happy with someone. But, it was not meant to happen. As the season came to its end, Rue was seen taking drugs after being heartbroken. With this, her fans were left desperate to know what happens with her next?

Euphoria Special Episodes: What Were They All About?

Before the launch of Euphoria Season 2 Episode 1, the DreamCrew and HBO dropped two special episodes for the fans. It was an attempt to entertain the fans and keep them hooked up until the next season rolls out. These two episodes depicted some events in the lives of Rue Bennett. These episodes were a bonus for Euphoria fans. It kicked off with Rue sitting with Ali at the dinner table on Christmas Eve. Talking about her addiction, Rue blames Jules for her relapse. However, Ali refuses and calls it an excuse. He reminds her that she never wanted to stay clean without drugs. Later, both accept the fact that their bad past has changed them. Ali showed his trust in Rue calling it easy for her to change herself into a better person.

The second episode was mainly about Jules. She was seen attending her first therapy session, soon after leaving Rue. In the flashbacks of season 1, we get to see that her mother was undergoing rehab sessions. Unfortunately, she had a relapse after realizing that her daughter would never forget her for abandoning Jules in the past. Her feelings were complicated for her mother and Rue. Moreover, she was in love with a fantasized online version of Nate, despite knowing the truth. Back at home, Jules meets Rue. She tries to apologize for leaving her. However, Rue was not ready to listen to her apologies and left abruptly. In the final episodes, heartbroken Jules was left crying.

Euphoria Season 2 Episode 1: When Will It Release And What To Expect?

As of now, there is no confirmed date about when will Euphoria Season 2 Episode 1 release. Although the series was renewed for its second installment in July 2019, there is no confirmation about the exact release date. All we know is that the show is in production. Moreover, it is expected to release in late-2021 or early 2022. Till then, one can watch season 1 on HBO. Likewise, the viewers can stream Euphoria on Amazon Prime Video. Hurry up and watch the first season before the second arrives. For further information, stay tuned to Otakukart!