ESPN Cuts Off It’s Relationship With Paul Pierce, What Happened? 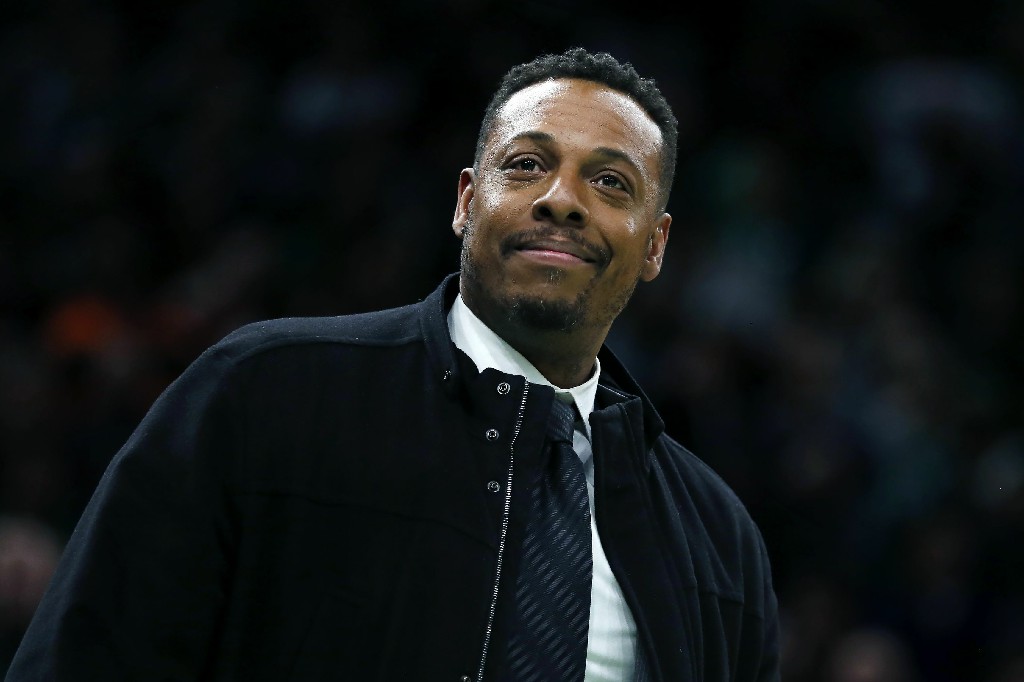 Paul Pierce At A Game Between the Celtics and the Houston Rockets in Boston, Saturday, Feb. 29, 2020

Paul Pierce, the American former professional basketball player with a career spanning almost 19 seasons in the NBA, gets cut off from ESPN. The company has officially parted its ways with the player after a long tenure. Following many years of glory during his successful Basketball career, Paul Pierce transitioned into an analyst after retirement. Before retiring, the player played one season with Wizards and two seasons with the clippers. He is considered one of only three players to have scored more than 20,000 career points with the Celtics. Paul Pierce later went on to host shows like NBA Countdown’ and ‘The Jump.’ Thus, even after retirement keeping himself in his viewer’s and fans’ eyes, sharing his insight on the game.

Recently, an Instagram video posted by Pierce wreaked havoc on the internet space. The video got views like wildfire. While some viewers were intrigued by it, others started outraging over it. This video also subsequently led to ESPN parting ways with the basketball player. Here we are breaking down everything that happened between Pierce and ESPN so far.

Also, Read Deron Williams Divorce: All You Need To Know

Paul Pierce went live on Instagram on April 2, 2021. The 43-year-old Basketball player did some things his fans didn’t appreciate during the live session. Paul Pierce smoked bluntly surrounded by women in exotic dresses. The women were probably strippers, some dancing around him and one massaging him as he and his friends played Poker. The video saw outrage over the internet, and it spread like wildfire, with many criticizing Pierce’s behaviors.

Pierce is married to Julie Pierce (née Landrum) with two daughters and a son. Thus the video didn’t seem appropriate, especially for a company like ESPN. On Monday 5th of April, 2021, ESPN decided to end their relationship with Pierce without commenting further on the situation. Pierce’s representatives also decided to keep away without responding to the situation.

The reason behind ESPN taking such action is probably due to the fact Walt Disney owns it. A company which is known for its lighthearted family-friendly nature. Being under contract, the racy nature of Pierce’s video didn’t fit with the company’s decorum, thus leading to the firing. Furthermore, the video also saw Pierce not wearing a mask or following any of the Covid-19 protocols, another part of the story.

Paul Pierce responded to the firing taking it to Twitter. The 43-year-old was all smiles telling his take. His four-second short message only had one-word “Smile.” The caption, on the other hand, read, “Big Things coming soon stay tuned make sure u smile #Truthshallsetufree.”

Also Read: Is Kim Kardashian In A Relationship Or Single?

Concluding On The ESPN-Paul Pierce Split

Well, Paul Pierce was definitely riding high on success with ESPN. For years, the basketball player has made his living playing the sport and making his name. ESPN gave the player an opportunity after retirement. Hosting shows their shows like NBA Countdown and The Jump only made him more fortune. Furthermore, Paul Pierce signed a contract with the Boston Celtics. This contract saw a team option worth $15.3 for the 2013-14 season.

Paul Pierce’s Networth as of now is around $70 million. He subsequently earned around $22 million per year associated with ESPN. Also, note the earnings from brand endorsements which were around $6 million. This endorsement came from huge brands such as Nike and American Express.

Of course, ESPN could be a big deal-breaker for the player, but it seems like the player is handling the split and outrage well. Now the question remains what Pierce’s plans are? And how Pierce will cope up and handle the outrage with it. We will keep you updating further on the situation. Until then, stay tuned to Otakukart.

Also Read: Most Offensive And Controversial Roles In Hollywood Movies

Who Is The Rapper 21 Savage Dating?