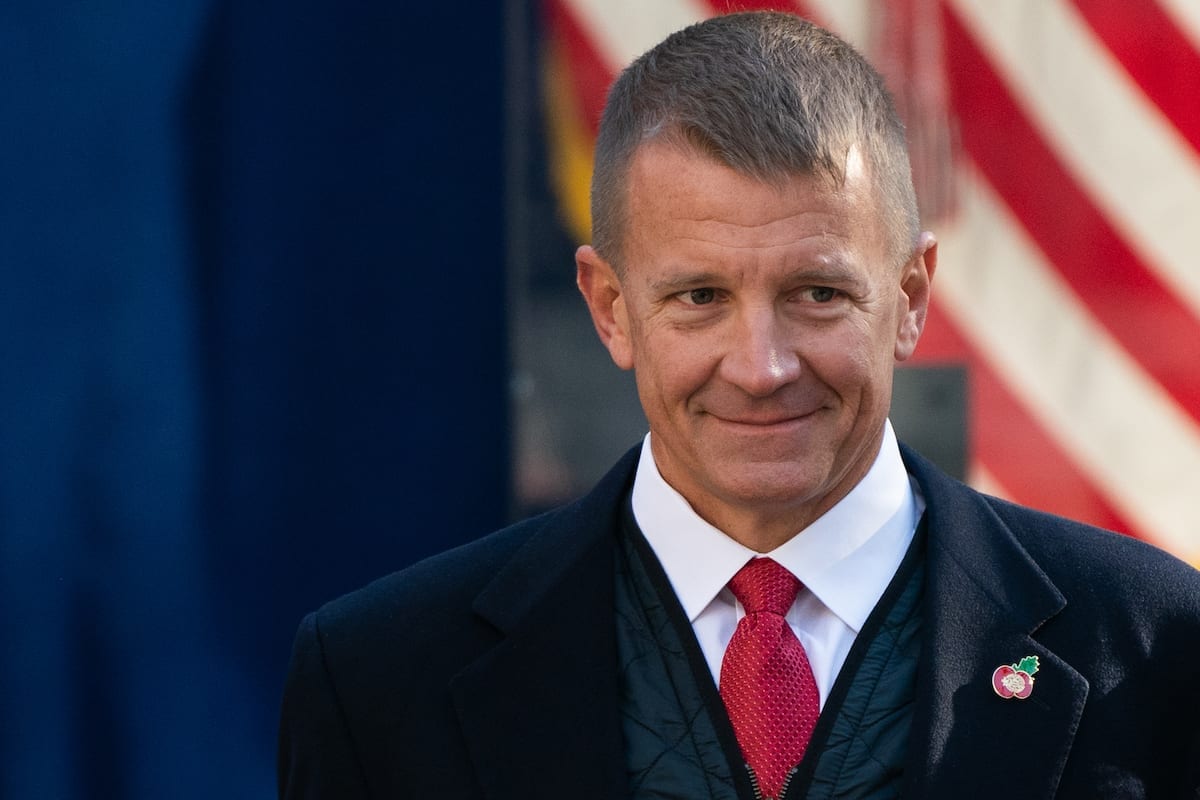 The full name of Erik Prince is Erik Dean Prince. He is known for founding Blackwater Worldwide, a private military company in the USA. Prince also served as an officer in the U.S. Navy Seal and is a businessman. He was born on June 6, 1969, in Michigan’s Holland. Currently, he is 52 years old. Erik was born to Edgar D. Prince and Elsa as their fourth and youngest child. Furthermore, his father was also a famous businessman and engineer in America. Edgar founded the Prince Corporation. Johnson Controls owns the same now. So, what is Erik Prince’s net worth? How Much Did He Earn from Blackwater Worldwide?

Well, Forbes listed the whole family of Erik in 2016 as America’s 88th richest family, with $5.4 billion as the estimated net worth. His sister, Betsy DeVos, was the former U.S. Secretary of Education until the beginning of 2021. Currently, Erik lives in United Arab Emirates’s Abu Dhabi and Virginia’s Middleburg. He has seven children, out of which four were from his first wife. Later on, his wife died due to cancer. He went to marry the nanny of the children in 2004 as they had an affair. Now, his wife is Stacy DeLuke, a former spokesperson for Blackwater.

Erik Prince was already active in the military since his college days. In 1992, he became the United States Navy’s member through Officer Candidate School after his college. He got his deployment to the Balkans, Haiti, and the Middle East with SEAL Team 8 after becoming a Navy SEAL. In 1995, he ended his service in the U.S. Navy prematurely. In 1997, he founded Blackwater Worldwide after moving to Virginia Beach. He stepped down from the company as CEO and Chairman on March 2, 2009. Later on, he sold the same to other investors in 2010. 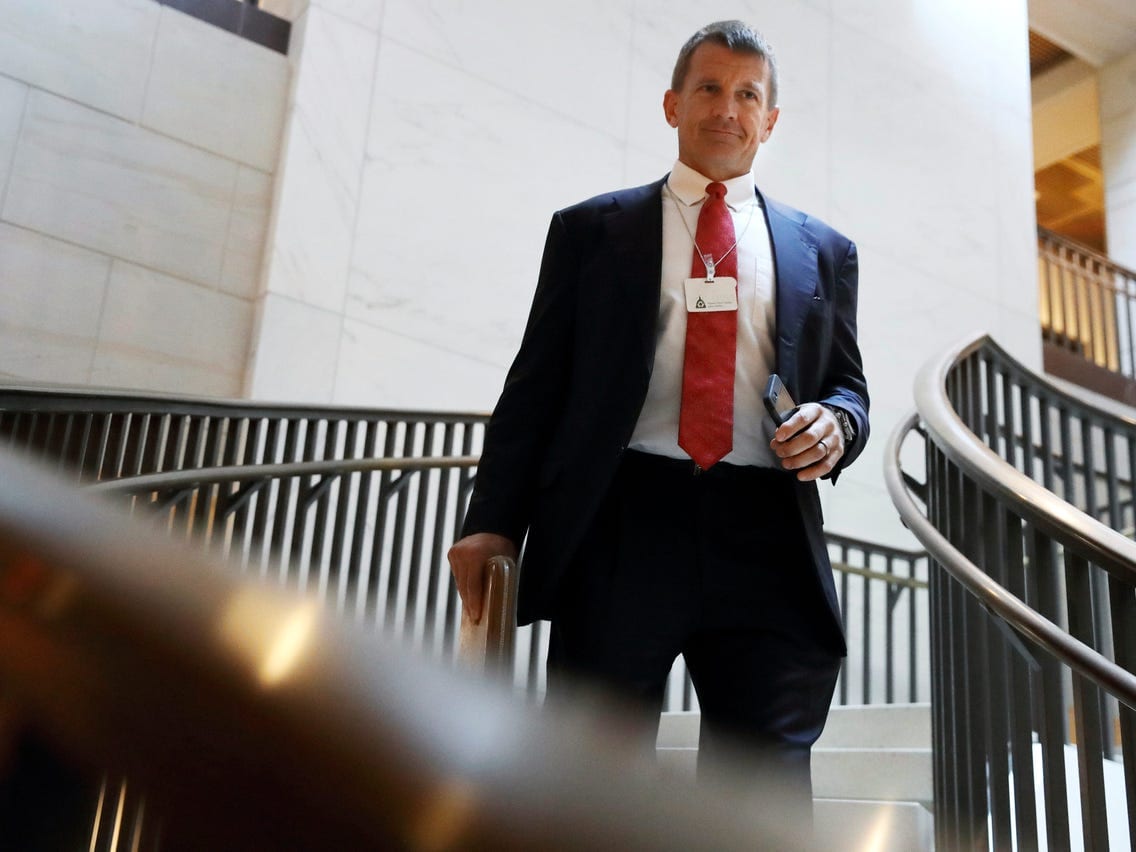 Also Read: Alan Shearer Net Worth: How Much Does The English Football Pundit Earn?

Then, Erik went to Abu Dhabi in 2010 under the hiring of Abu Dhabi’s Crown Prince after his company faced several legal problems in the U.S. In the UAE, he helped in the creation of Reflex Responses, a new company with the local ownership of more than 50 percent. Prince is actively building his career in UAE and had a company in Africa until recently. He was the founder of Frontier Services Group Ltd, a logistics, security, and aviation-focused company in China-Africa.  Apart from everything, he has had ties to the campaign of Donald Trump in 2016.

Erik Prince: What is His Net Worth?

Erik Prince has an estimated net worth of around $2.5 billion as of 2021. Most of the source of earnings is from his father’s business and his own previous company, Blackwater Worldwide. Furthermore, he is also a businessman and ex-officer of the U.S. Navy Seal with an active ongoing political career. In 1997, Erik established his own private company, Blackwater Worldwide. It was a private military company in America. Later on, the company came to be known as XE Services in 2009. The company got government security contracts of $2 billion from 1997 to 2010. Furthermore, the Central Intelligence Agency (CIA) also gave the company classified contracts up to $600 million from 2001 to 2010.

Soon, the company made its name among the largest three private security companies in the State Department. In 2009, the company lost a contract of $1 billion for protecting the diplomatic personnel of America with the State Government. However, the administration of Obama again gave the company a United States Department of State security contract and in new CIA of $120 million and $100 million respectively in 2010. Later on, he sold the company to other investors in 2009 and stood down as the company’s chairman. In 2010, Erik moved to Abu Dhabi. Another company, Reflex Responses, was founded under his guidance there. It is speculated that he holds local ownership of 51 percent of the company. However, the same is not in any documents of the corporate sector. 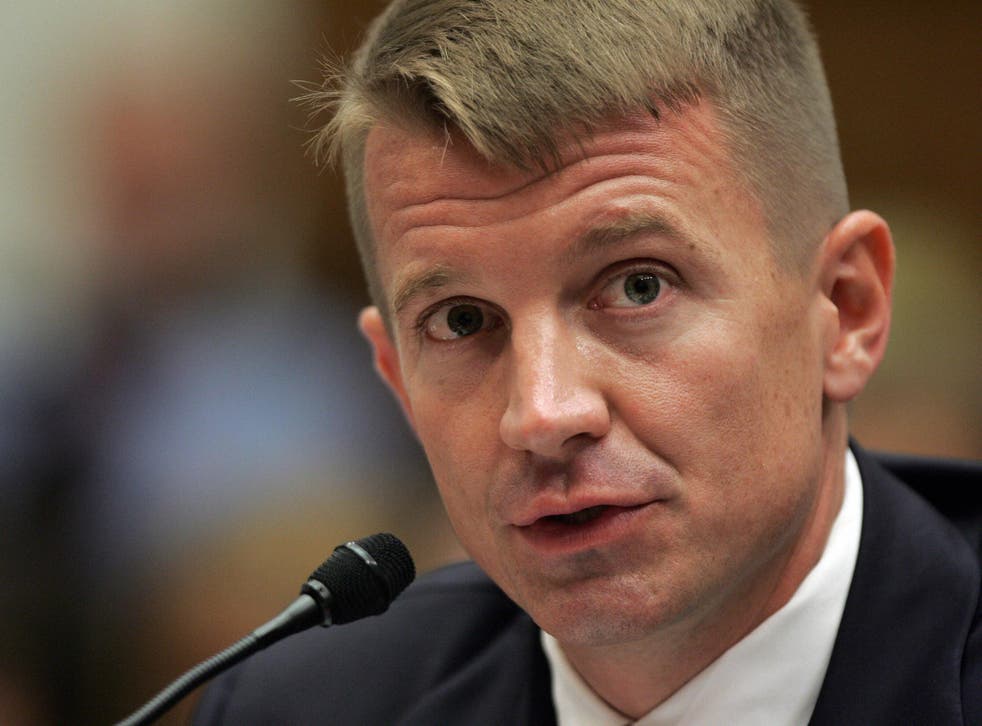 Erik Prince during a conference

Prince also founded and lead Frontier Services Group (FSG) company until April 2021. In South Sudan, he planned to build a diesel refinery in 2014. However, the same got suspended despite the investment of $10 million. Salva Kiir Mayardit, the president of the country, supported his project personally during that time. In fact, the Ministry of Petroleum of South Sudan paid $23.3 million to the Frontier Services Group. Airborne Technologies, an Austrian aviation company, also has a 25% stake belonging to Prince.