Erik Galen Menéndez and his brother, Joseph Lyle Menéndez is famously known for their parent's murder along with their lavish spending.s. 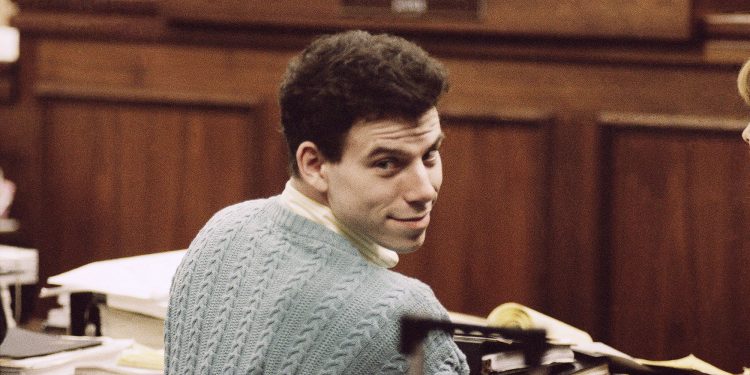 Erik Menendez attracted attention in 1989 for the murder of his parents and the huge wealth of his family. So, what is Erik Menendez’s net worth? Well, the murder case is the unique one as initially, the police could not figure out the culprit. However, Erik and his brother Lyle’s spending of money within the first six months of their parent’s death brought the police’s suspension to them. The officers begin to keep an eye on them and also used several methods for finding out whether they were the true culprit. Later on, the police caught them in 1990.

The police officers find out Erik and his brother’s involvement in the crime from the mistress of Jerome Oziel. He was a psychologist of Erik Menendez. Meanwhile, Erik confided to him about he and Lyle doing their parent’s murder. Jerome in turn told his mistress, who revealed it to the police. The prosecution and the police alleged that they did the murders for acquiring the wealth of their parents. However, they alleged they did so for saving themselves from their father’s torture. But, they could not prove their self-defence case and got imprisoned.

Also Read: Teeth Filter TikTok: Are Your Teeth Yellow? This Filter Will Tell You!

Erik Menendez’s current net worth is not known. However, he and his brother, Lyle, had a whopping amount at their disposal before acquittal for a murder case. The net worth of the family got estimated to be $8 million and $14 million as their gross net worth in 1993. Another interesting thing about their net worth is that they had not earned the amount by themselves. It is all thanks to their father that both the brothers could get such a whopping amount of money. Furthermore, the brothers thought that their father had already left them out of their will. Later on, Erik and Lyle received $650,000 as insurance payout after the murder of their parents. They spent the money on clothes, real estate, cars, parties, etc, during that time.

How Did Erik Menendez’s Earn His Wealth?

Erik Menendez’s earned his wealth from his father, Jose Menendez. His father relocated from Cuba to the United States when he was 16-years-old. Initially, he, too, did not have any such large wealth in his hands and worked at an accounting firm. However, he went into the entertainment industry after working for companies such as RCA and Hertz. Later on, he became LIVE Entertainment’s CEO. They also had other subsidiary companies under which movies such as the Rambo series, Basic Instinct, Total Recall, etc, took place. The name of the company is now Artisan company. So, one could obviously make a good guess regarding the wealth of Menendez’s family.

Marta Menendez Cano, sister of Jose revealed the net worth of their family as she was a financial planner. Later on, their estate value decreased to less than $800,000 due to various legal fees, taxes, and trials. Debt, furthermore, decreased the value of the estate. At last, they only had two homes left in Calabasas and Beverly Hills as their remaining assets. Well, that asset also got sold later on.

How Did Erik Menendez Spent Money After His Parent’s Death?

Erik Menendez, along with his brother, Lyle, spent so much money that it amounts to $1 million within the 1989’s first six months of the death of their parents. Erik particularly hired a full-time tennis coach for thousands of dollars due to his passion and competed in Israel’s series tournaments. Meanwhile, he and his brother also left their family home. Later on, they purchased adjoining condos in Marina del Rey for $900,000. The duo also drove in the Mercedes-Benz SL convertible of their deceased mother, took overseas trips to other countries, dined, and partied lavishly.

It is also said that their spending amounts to $700,000 after the murder until their arrest. However, their other family members claimed that their spending habits did not change as they used to do so even before their parent’s death. Lyle and his brother, Erik, brought three Rolex watches for $15,000 just four days after their parent’s death. They would often spontaneously jump out of their car and buy clothing for $3,000. Later on, they also spent around $5.4 million on lawyer fees and taxes.

‘The Red Sleeve Cuff’: Get To Know The Cast Of This Historical Kdrama