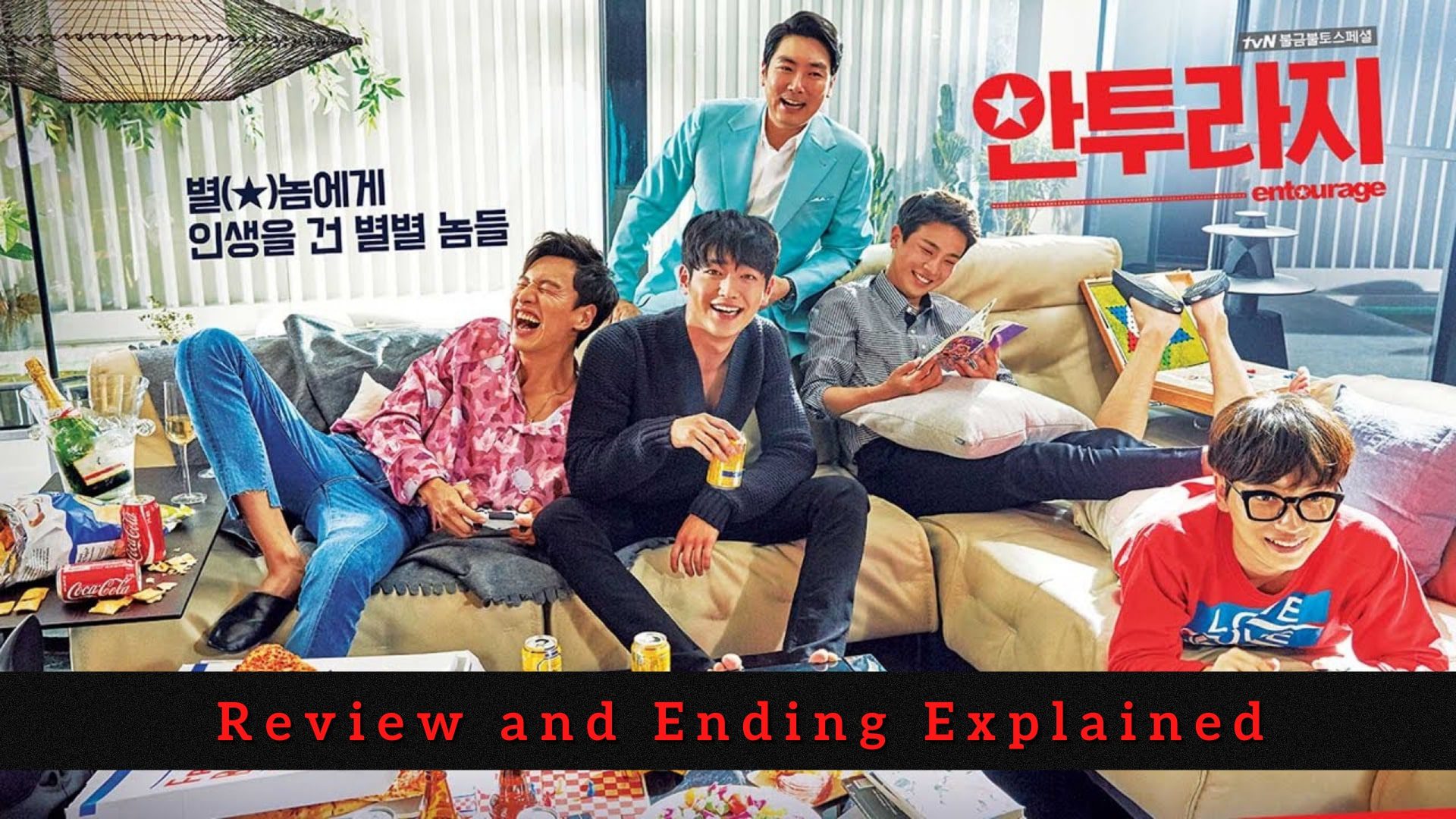 Here is Entourage kdrama review and ending explanation. It has received mixed reviews in the home country and on the international level. Entourage kdrama is not everyone’s cup of tea. It is a story of a famous star, his group of friends and an agency boss. They all together pave their ways in the entertainment industry while going through various ups and downs, but at the same time, savoring each moment of it. Entourage kdrama is different from your regular rom-com cliché drama. Since it is a remake of the American series of the same name, it gives a slightly western vibe with a Korean touch.

The kdrama Entourage is a dark comedy and comedy-drama written by Seo Jae Won and Kwon So Ra. It is directed by Jang Young Woon, starring Jo Jin Woong, Seo Kang Joon, Lee Kwang Soo, Park Jung Min, and Lee Dong Hwi. The drama premiered on 4 November 2016 and concluded on 24 December 2021. Entourage contains 16 episodes. Due to being atypical of kdrama, Entourage suffered low ratings in the home country. However, on the international level, it received pretty positive reviews. Entourage kdrama is a perfect shot whenever you are craving something different from the usual heavy or cliché kdrama plotline!

The dark comedy Entourage kdrama revolves around a handsome celebrity Young Bin, his gang of three friends, Ho Jin, Turtle, Joon, and an agency boss, Eun Gab. The story narrates how the star and his Entourage of buddies struggle over every battle while navigating their ways through the cutthroat entertainment industry. At the same time, they enjoy all the different flavors of this beautiful journey.

Even though Entourage kdrama ends on a good term, overall, the kdrama received mixed views. After Episode 12, Entourage lost so much potential to develop into a new direction that would have brought different results. Entourage Episode 16 mainly focuses on Young Bin and his boys going through the last battle of the series. While facing a tough time, Young Bin goes out on his own to get his personal time. Meanwhile, the boys get worked up not knowing Young Bin’s whereabout. Whereas everyone worries about Young Bin going through a rough patch, Eun Gab is worried about Ho Jin, who is also suffering.

Eventually, with the help of Eun Gab, Young Bin and Ho Jin reconcile. One of the highlights of Entourage kdrama ending is Eun Gab teaching them the importance of having friends who can be with you through all ups and downs. Moving on, Young Bin gets to do the movie he wanted so much, Im Hwa Su. Initially, they thought the film would not make much. However, the end result makes them surprised, leaving the boys in glee knowing Im Hwa Su also received a big hit at the box office. Still, Young Bin watches the competitor movie, War Terminator, which releases on the same day as Im Hwa Su and even becomes box office super-hit. 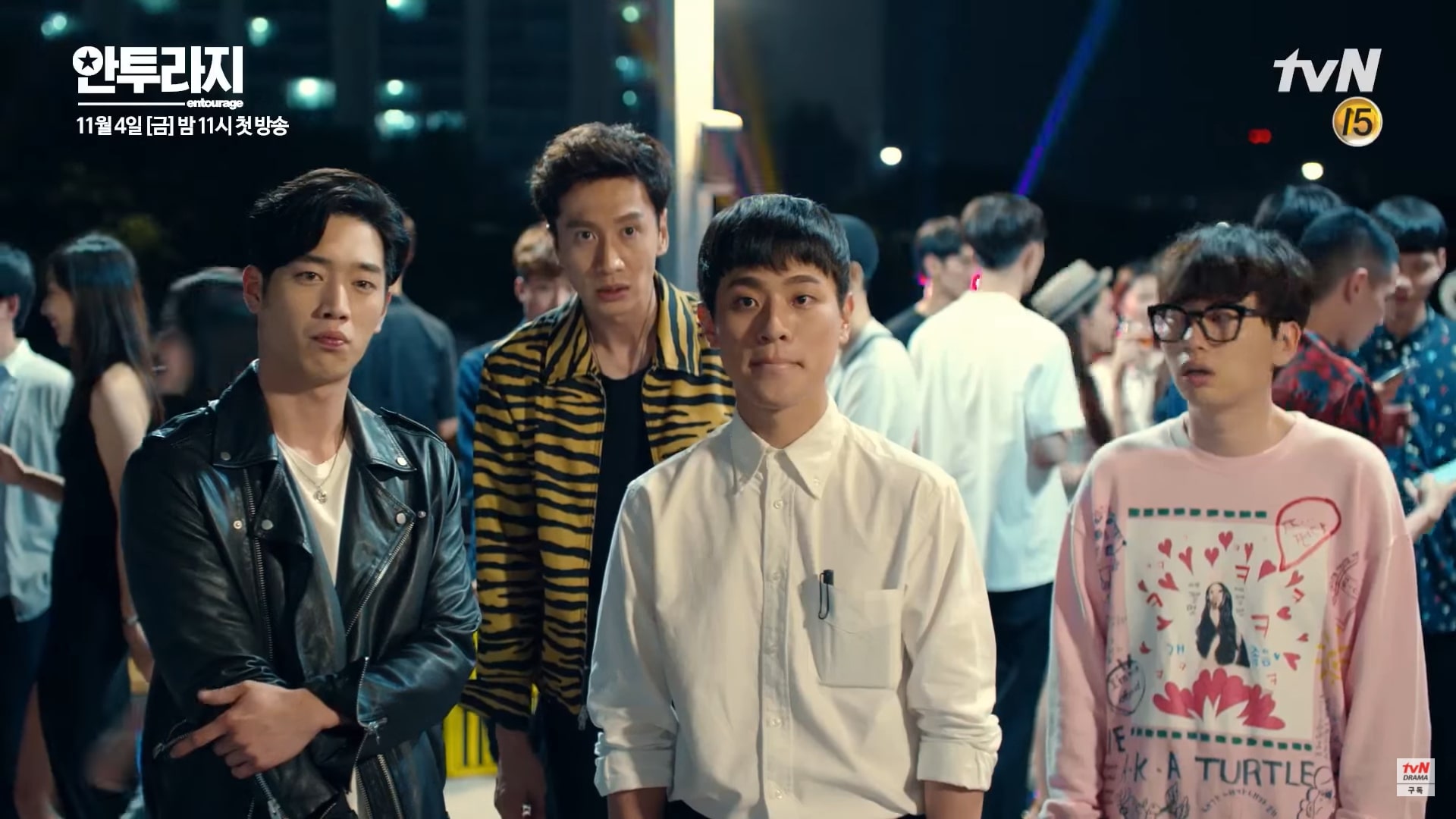 Young Bin calls So Hee to congratulates her on the movie’s success. They both seem on rather good neutral terms while hoping they will meet someday in the future. Turtle eventually breaks up with his girlfriend. He and Joon show hilarious bromance through the kdrama. Meanwhile, Eun Gab is on his way to the top once again. He is teaching new babies the root of the entertainment industry. All in all, it seems Entourage kdrama ending has brought a happy ending for each character in one or another way. No matter what, you will be able to overcome every problem if you have at least one person by your side. In Entourage kdrama, Young Bin has four such people who are willing to be with him from the start till the end.

Entourage Kdrama Review- Watch It Or Pass It?

50/50
It is hard to determine whether to watch it or pass it. As we mentioned, Entourage kdrama review is combined of positive and negative feedback. It is a remake of American television series of the same title. Therefore, Entourage gives off a different vibe than your typical Korean drama. All the cast members did a brilliant job performing their character roles. However, due to a slightly loose plot, Entourage has lost its whole charm. It definitely had so much potential to be in one of the hit kdramas. Unfortunately, it did not pass the bar. If you enjoy dark comedy or want something different from your usual heavy kdrama, you can give Entourage a shot. 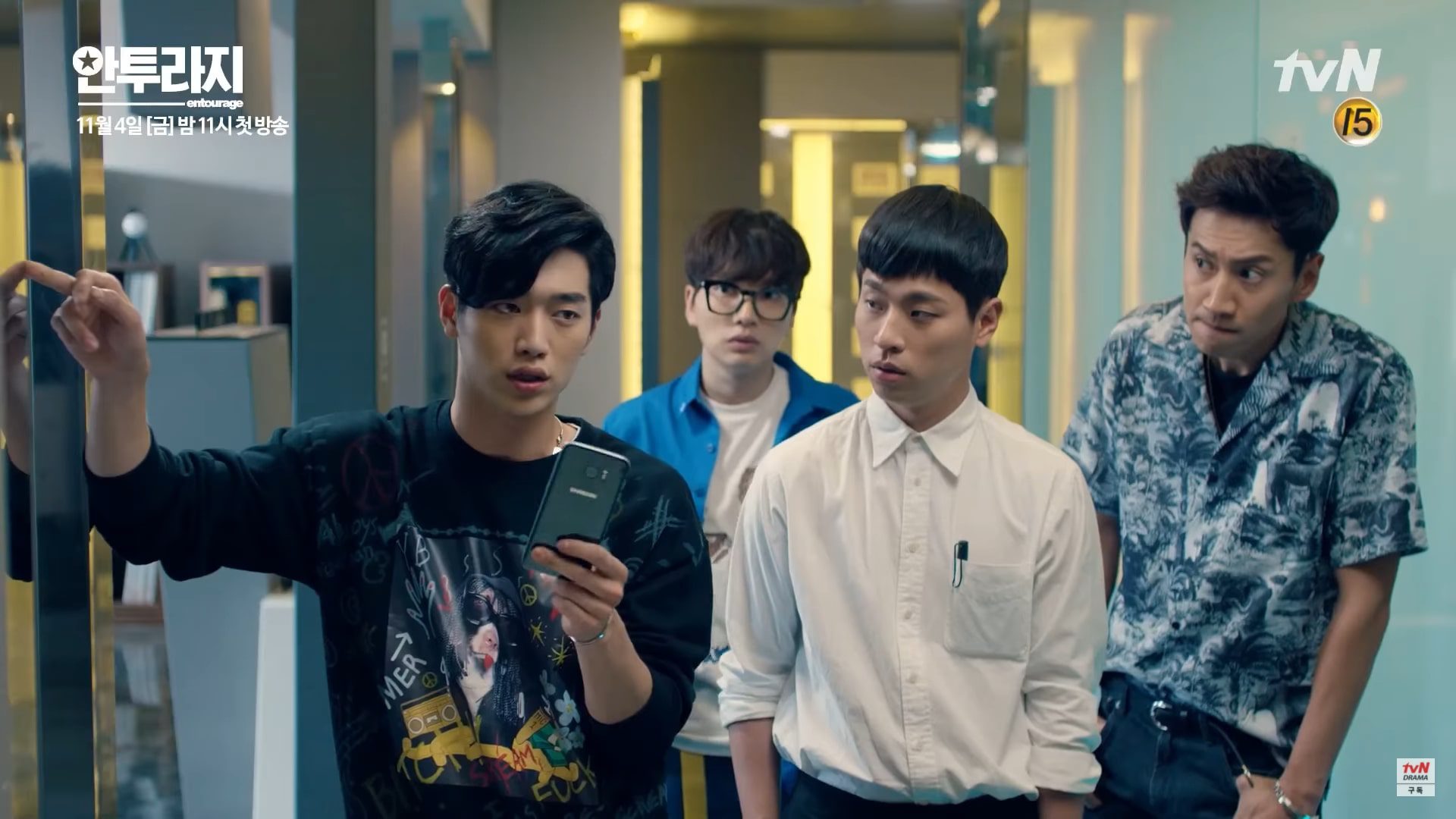