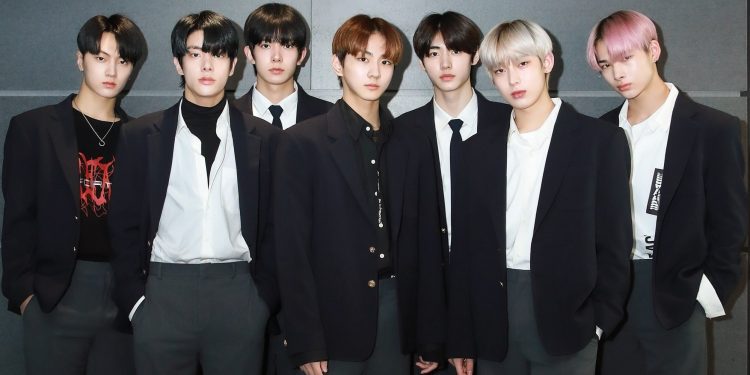 Not so rookie Kpop boy group, ENHYPEN, has done it again with their latest release, “DIMENSION: ANSWER.” The seven-member group that made its debut in November 2020 is busy making new records these days. Recently, ENHYPEN released “DIMENSION: ANSWER,” and it is topping iTunes charts globally in a couple of days of its release. Their first repackaged album performs exceptionally well, and fans can expect to see ENHYPEN break their own records.

Released on 10 January, the album -“DIMENSION: ANSWER” and its title track- “Blessed-Cursed,” hit the Kpop town with a bang. After a day of its release, the album topped iTunes charts of several countries, certifying it as a hit.

The music video of “Blessed Cursed” is a homage to 90s boy bands, making it extra special for music fans. Plus, it has garnered over 10 million views within four days of its release.

On 11 January 2022, ENHYPEN soared on number 1 position with their latest repackaged album, “DIMENSION: ANSWER.” The album hit no. 1 in regions including Japan, India, Poland, the United Arab Emirates, and the Philippines. Moreover, the lead single, “Blessed- Cursed,” topped the charts in at least nine various countries.

Soon after its release, the lead single also topped the top of domestic realtime chart Bugs. Other tracks from the album- “Polaroid Love” and “Outro: Day 2” peaked at numbers 2 and 3, respectively.

Watch “Blessed-Cursed” MV Down Below:

Fans have constantly been congratulating the group on social media. And, the septet also shares its happiness with regular interactions with the fans on SNS like Weverse.

The group has achieved several benchmarks since its debut and are considered as one of the best debuts from 2020.