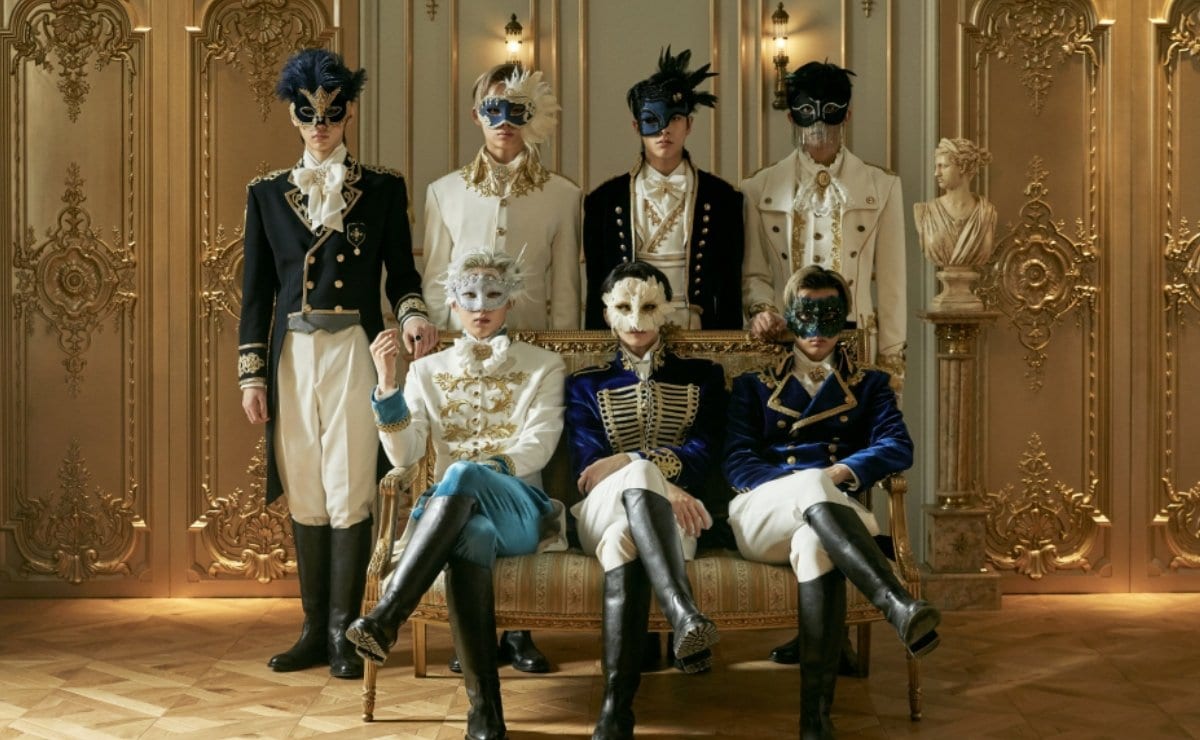 ENHYPEN was formed through the 2020 survival competition series I-Land. The boyband showed the tracklist for the upcoming project in April. ‘Border: Carnival’ will feature six tunes, including the previously released opening song ‘Intro: The Invitation,’ as well as the title track ‘Drunk-Dazed.’ The group previously confirmed on April 4 that they will return with the record later this month and shared the intro track from it. The group is made up of leader Jungwon, Heesung, Jay, Jake, Sunghoon, Sunoo, and Ni-Ki. The group was debuted in November 2020 with the release of their first mini-album ‘Border: Day One. Fans are very excited about their new release.

“Yeah, feel like I’m in paradise,” ENHYPEN sing before member Jake says: “Purchasing pleasures in selling hours of dross, here in the land of rebel powers gloriously decorated. An invitation calls to us from the carnival of the dazzling night.” As the track ends, he adds his invitation: “Come inside the castle. Take everything.”

ENHYPEN is a South Korean boy band. It was formed by Belift Lab, a joint venture between CJ ENM and Hybe Corporation. They were presented through the live broadcast of the final episode of I-Land. Enhypen got its name from the symbol Hyphen, which meanings including “Connection, Discovery, & Growth.” In March 2019, Belift Lab planned to create a new band in 2020. Auditions commenced the same month in Seoul, the United States, Taiwan, and Japan for male trainees born between 1997 and 2008. Enhypen was created through I-Land, featuring 23 male trainees. The show was aired weekly on Mnet from June 26 to September 18 in the year 2020.

The show was split into two parts. Only 12 contestants from the first part made it to the second part of the series. The presentation of the group with seven members, Heeseung, Jay, Jake, Sunghoon, Sunoo, Jungwon, and Ni-ki, was revealed through live television broadcasts of the finale. The band was made its debut in November in the year 2020. On October 22th in the year 2020, a trailer titled “Choose-Chosen” was posted to Enhypen’s YouTube channel. Later after three days, a second trailer titled “Dusk-Dawn” was released in October. On October 28, Belift Lab announced that Enhypen would release its first appearance on November 30th. On November 4, the album had surpassed 150,000 copies in two days.

Enhypen officially made its debut on KBS’ Music Bank on December 4th in the year 2020. Having sold 318,528 copies in one day and becoming the highest-selling album by a K-pop group that debuted in 2020. In February of the year 2021, Border: Day One received a platinum certification from the Korea Music Content Association. On March 25th in the year 2021, Belift Lab announced that Enhypen would make its comeback at the end of April. On April 8th, it was announced that album pre-orders had surpassed 370,000 copies in three days. On April 12th of this year, they have released Border: Carnival Concept Film. 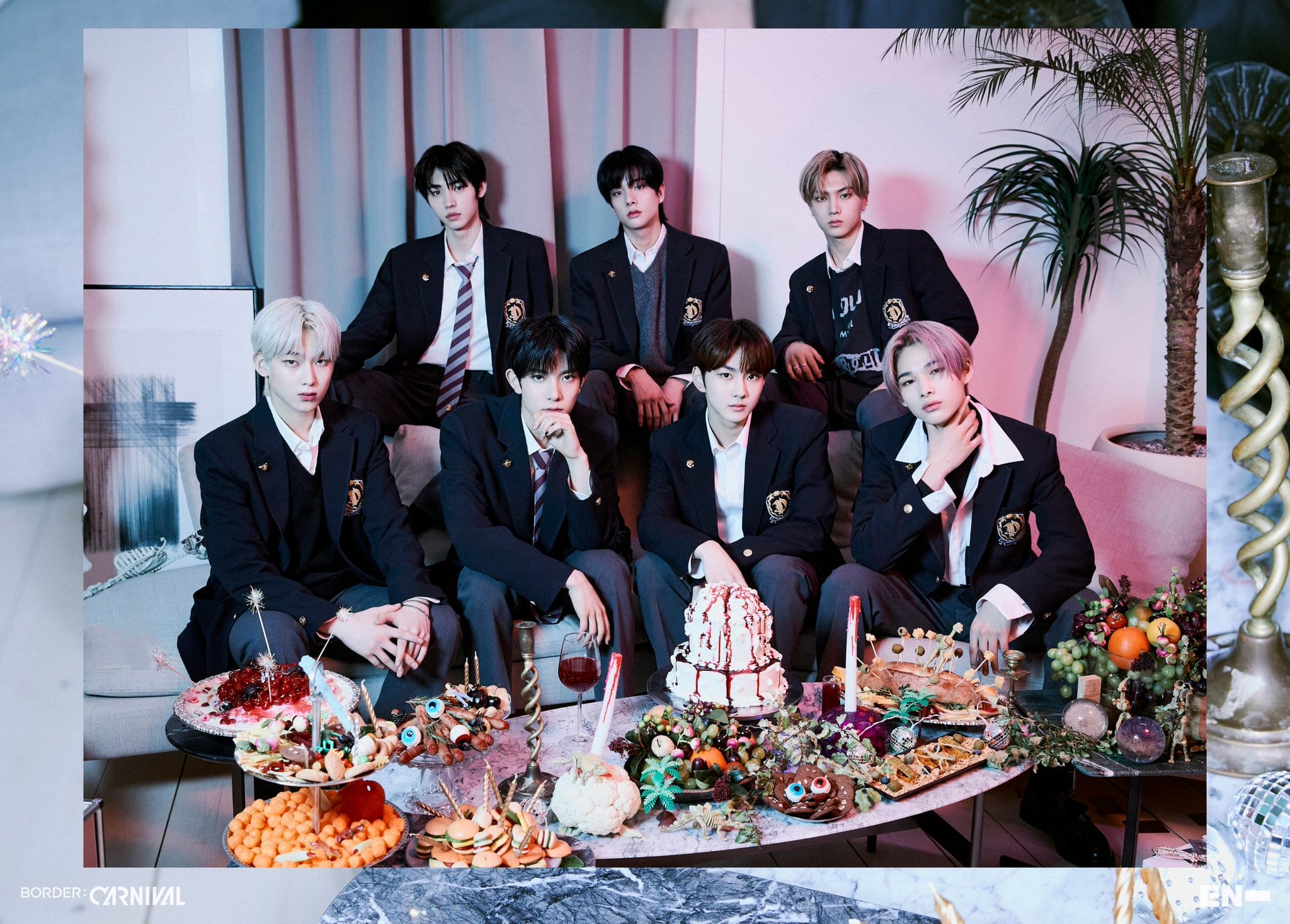 ENHYPEN has been gearing up for the release of its first comeback album, Border: Carnival, after the release of its debut album, Border: Day One, in the year 2020. The group revealed the invitation video to their new album Border: Carnival. The Album in which the members gave a sneak preview of the thrill to their fans who will soon get to experience on the release of their album. The album will be released on April 26th in the year 2021, with album pre-orders opening on April 5. Fans are very excited about their new release. The album also commemorated the highest sales volume for an individual album among groups that made its debut in the same year.

The K-pop super trainee group is ready to release their first comeback album titled ‘Border: Carnival,’ a new mini-album like the group’s debut project. The album debuted at number one on the Gaon Album Chart on the chart issue dated December 5th in the year 2020. It was the second best-selling album of November in the year 2020 in South Korea. The album also debuted at number one on the Japanese Oricon Daily Album Chart on the issue date of December 4 in the year 2020. The album got the second position in the Oricon Weekly Albums Chart.