In this article, we will get to know about all the encounter filming locations. Also, we will get into if the movie is actually a sci-fi or not. 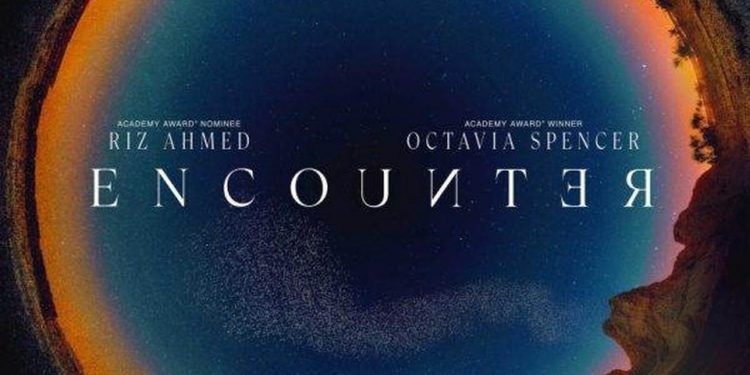 Encounter was quite the thriller movie that had managed to grab the viewer’s attention immediately. This sci-fi thriller is quite the watch, and the setting was superb. The backdrop of the movie was quite eye-catching, and the critics were impressed by the team’s choice of locations. Though in most sci-fi movies, it takes place in desert areas or space. However, giving it a thriller aspect, the movie is based off on desert locations. This not only gives a better edge for the actions but also in arid areas one can create the dreadful atmosphere easily. In this article, we will get to know about all the encounter filming locations.

Locations play an important part in making the mood of the movie. If the story is good, the setting needs to be perfect. Movies are to be taken in visually, hence the better the setting suits, the more captivating it gets. Dry areas are better for action movies for it is easier to film. The impact also feels greater. Also, with the whole Area 51 situation, filmmakers are now more prone to go towards the desert areas. It looks familiar to the eye, and also the setting seems reasonable enough.

The first location is in San Bernardino County, California. For those of you who do not know, this place is on the southern side of California. In this location, there were two spots where most of the shooting took place. One of them is the Mojave National Preserve and Joshua Tree National Park. Both of these locations look quite like a desert. Hence, the productions team found it to be a good match for the story. The movie was also shot in Inyo County, California. It is situated in the state of Nevada. There the town of Bishop was used for a few scenes. Even this area was helpful as it was predominantly a dry area and had a lot of mountains in the backdrop. This gave a good feel for the setting.

Lastly, a few of the scenes are shot in Mono County, California. There is a Mammoth Lake, which is situated in the Mammoth mountains. The valley in between the mountains is exceptionally beautiful and provides great picturesque locations. Hence, the team could not stop themselves from capturing some of the scenic beauty and putting them in the movie. If there would be no pandemic, then the team could have gone to New Mexico to shoot in some of the famous locations.

Encounter Plot: Is it Sci-fi?

If you have not yet watched the movie, then we would recommend you to go ahead and watch it. However, if you are just curious about the movie and want to figure out the ending. This one is for you. The movie is a sci-fi thriller, however, the ending does make us feel a bit confused. The movie starts with Malik, who is divorced from Piya. Both of them have two boys named Jay and Bobby. Piya lives with her new partner Dylan and the boys. Later on, Malik takes away the boys telling them there is an alien parasite infestation.

In the latter half of the movie, we come to know that there was no such thing. It was a sire attempt from Malik’s side to get back his family. He was locked up in the prison and might be slowly getting mad. He was hallucinating, which lead him to do everything in the movie. In the end, we find Malik and Jay hugging as they are surrounded by police. The movie ends up being a family movie in the end. The alien parasites are no more dealt with and are put away as part of Malik’s hallucination.

You can watch “Encounter”, here.

Also Read: Where is Intrusion Movie Filmed? All The Known Locations