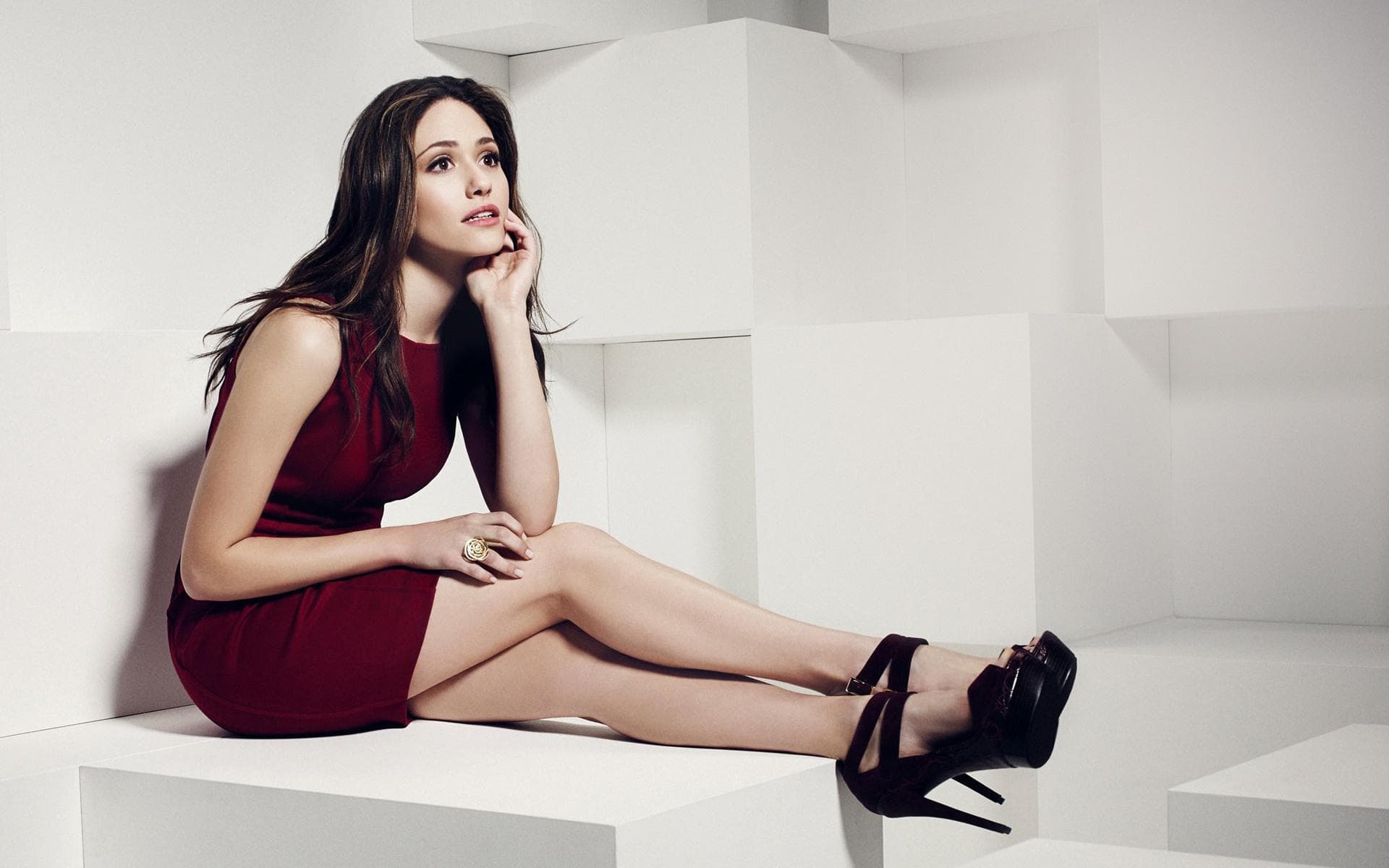 Everyone who has an interest in the entertainment industry knows the name of Emmy Rossum, the popular ‘Shameless’ famed actress. Well, Shameless is a comedy, drama television series which has first aired on Showtime on January 9, 2011, and is extended till April 11, 2021, becoming the longest-running original scripted series in Showtime’s history. The show developed by John Wells is based on Paul Abbott’s British series of the same name and had a total of eleven seasons.

Emmy played the lead role as Fiona Gallagher in the Americas series in opposite to William H. Macy, who plays her dad in the show. The actress is currently creating headlines as she announced that she and her husband, Sam Esmail, director, and screenwriter of the popular series, Mr. Robot, had welcomed their baby girl on 23rd May 2021. The fans can’t help but go awe at the adorable picture she posted of her flaunting her baby bump, and her husband patting her belly. 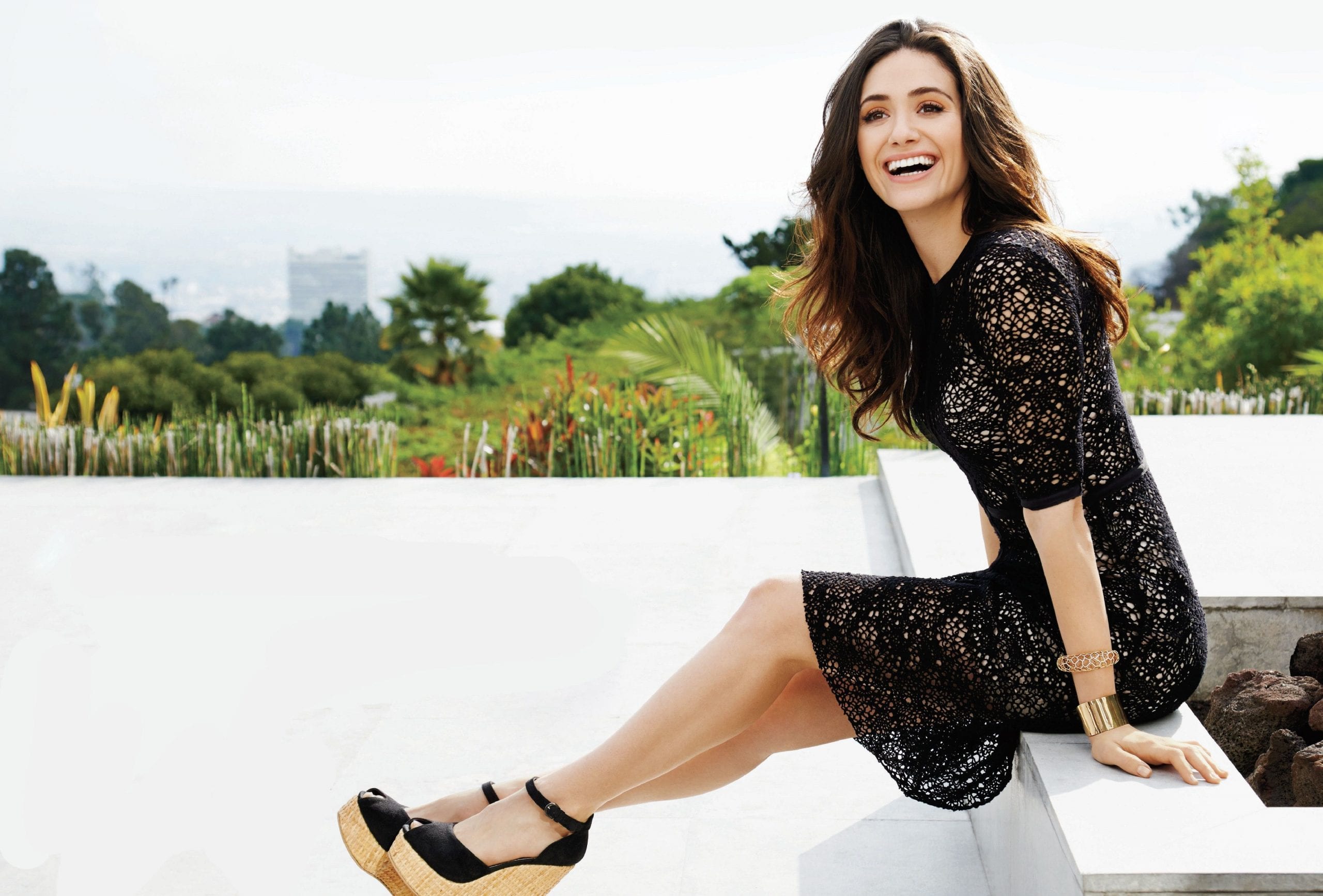 Emmy Rossum has welcomed her baby girl and shared the news on social media.

Besides being an actress, she is also a skilled singer and songwriter and has released songs like Wishing You Were Somehow Here Again, Slow Me Down, These Foolish Things, All I Ask of You – Single Album Version, and many more. Emmy first came to the public and media eye with her appearance in Mystic River, a neo-noir mystery crime drama film directed and produced by Clint Eastwood and released in 2013. She starred in the movie alongside Sean Penn, Tim Robbins, Kevin Bacon, and Laurence Fishburn, and it was a commercial hit, earning her worldwide attention. Her other appearance on the extremely famous science-fiction movie, The Day After Tomorrow released in 2004, and the film could be considered as the biggest breakthrough in her initial career years. She has continued with her versatility as an actress and singer, and let us know more about her. 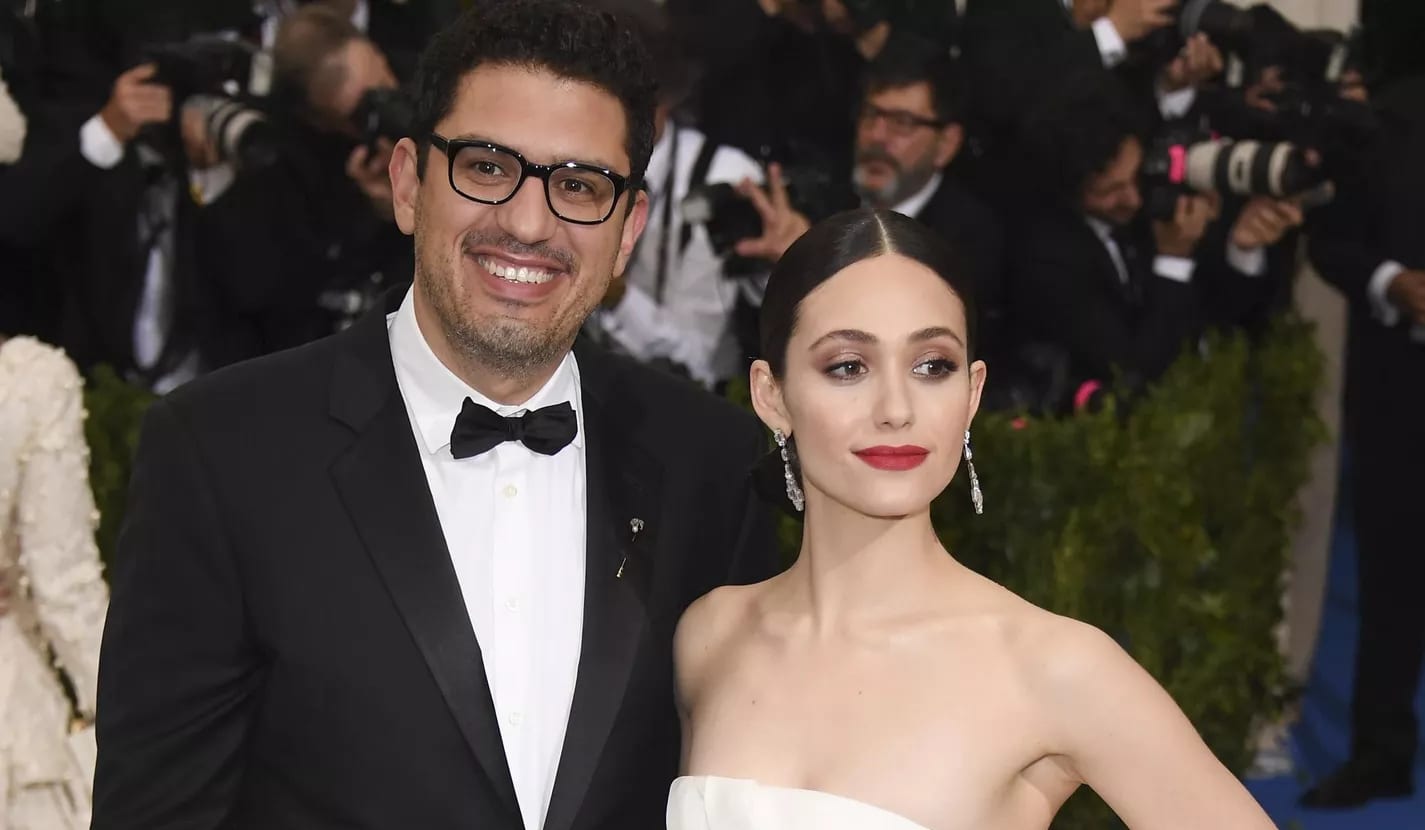 Emmy Rossum and her husband, Sam met during the filming of Comet

All We Know About Emmy’s Childhood And Her Career Achievements-

Emmanuelle Grey Rossum commonly known as Emmy Rossum was born on September 12, 1986, and spend her childhood in Sunset Park, Brooklyn. She was raised by a single mother, Cheryl Rossum who was a corporate photographer. As her parents decided to split when Emmy’s mother was carrying her, she didn’t get much chance to meet her father. In a 2007 interview, she revealed that she met her father only twice. She sang “Happy Birthday” in all 12 keys, and she attracted the attention of a chorus director Elena Doria which led her to join the Metropolitan Opera Children’s Chorus at the young age of seven.

It marked the beginning of her journey towards success, as she shared the same stage with singers like Plácido Domingo and Luciano Pavarotti. She also sang in six languages in 20 operas like a Carnegie Hall presentation of La damnation de Faust, and A Midsummer Night’s Dream. During her teenage years, she took acting classes with Flo Salant Greenberg of The New Actors Workshop in New York City, and was also mentored by Terry Knickerbocker. 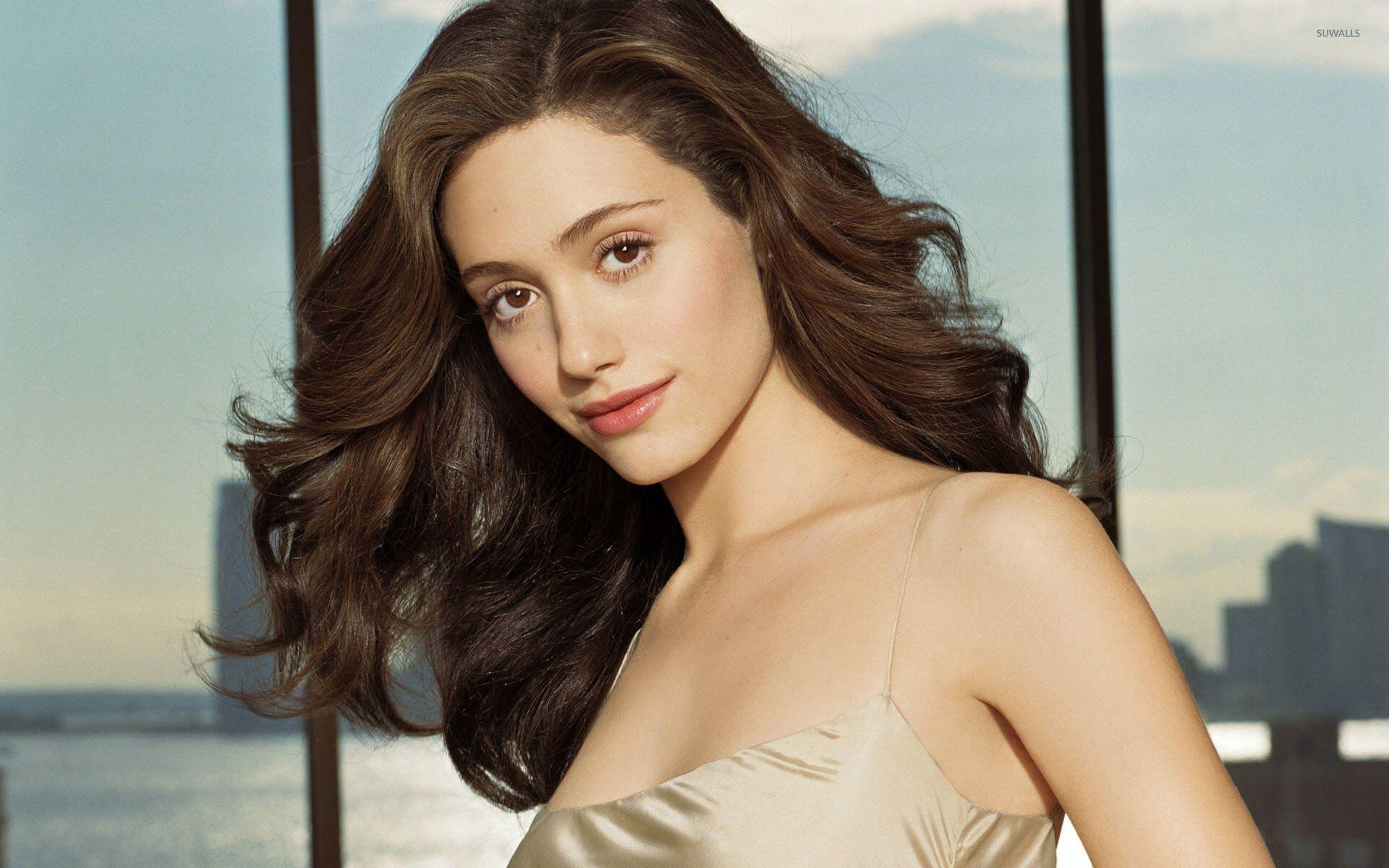 She made her first television debut in 1997 in the daytime soap opera As the World Turns, followed by many other shows like Snoops, Genius, and The Audrey Hepburn Story. Emmy received a nomination in the category of Young Artist Award in 1999 for Best Performance in a TV movie for her appearance in Genius. She was seen in small roles in television until she appeared in movies and the audience saw her potential. Her presence in movies like Comet, Before I disappear, Curfew were acknowledged by the audience, and she is one of the graceful actresses in current times. 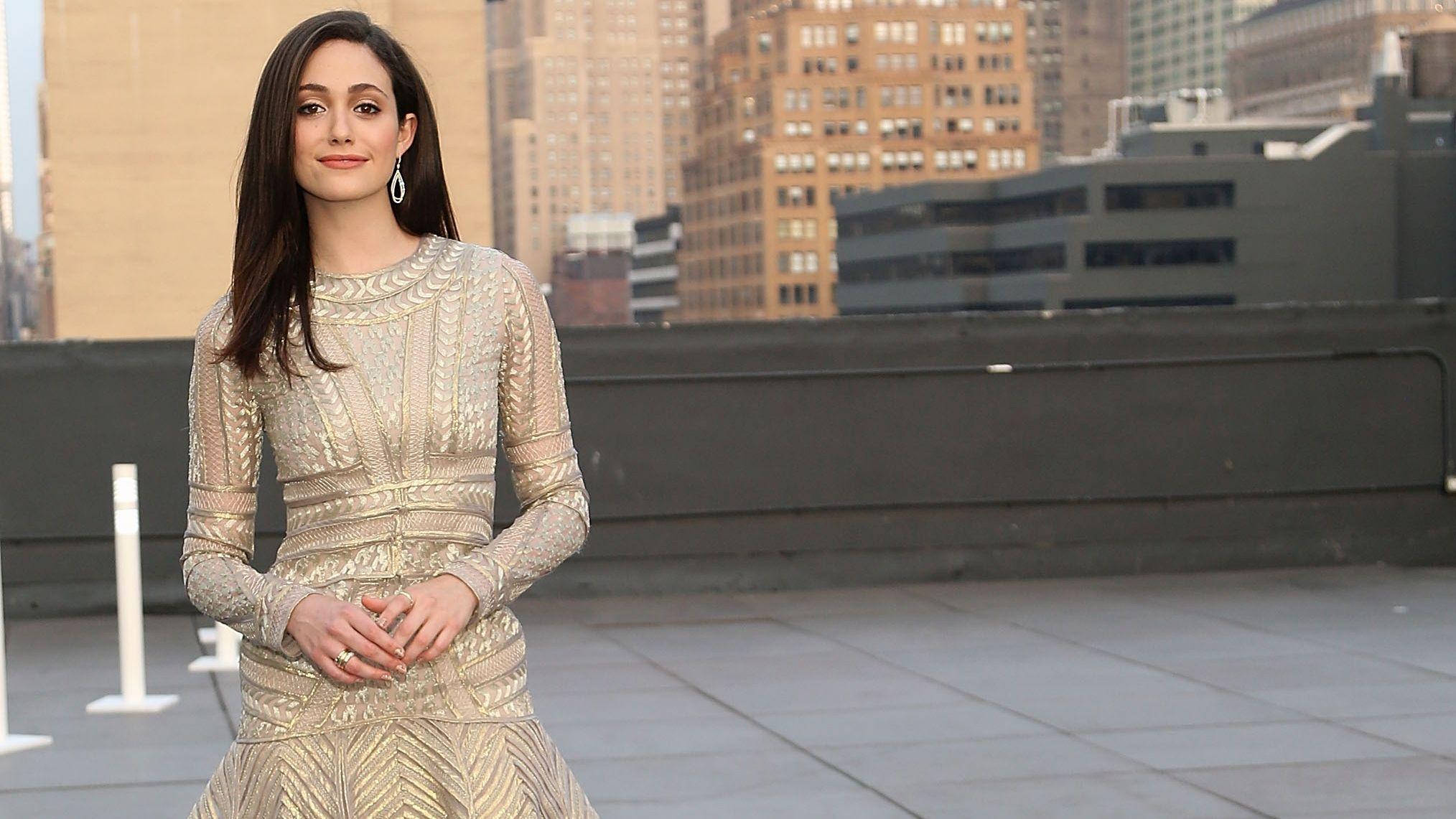 Emmy Rossum at an award show

On the other hand, she also made appreciable progress in the music industry. Her 2007 album Inside Out produced by Stuart Brawley entered the U.S. Billboard charts and ranked 199. She also became Yahoo’s “Who’s Next” artist of the month and a “One to Watch” by MSN. Her second album, Sentimental Journey was released in 2013, she wrote her songs, and also included songs from the 1920s through the 1960s. The album ranked at 92 on the U.S. Billboard charts, and number one in Jazz Albums. 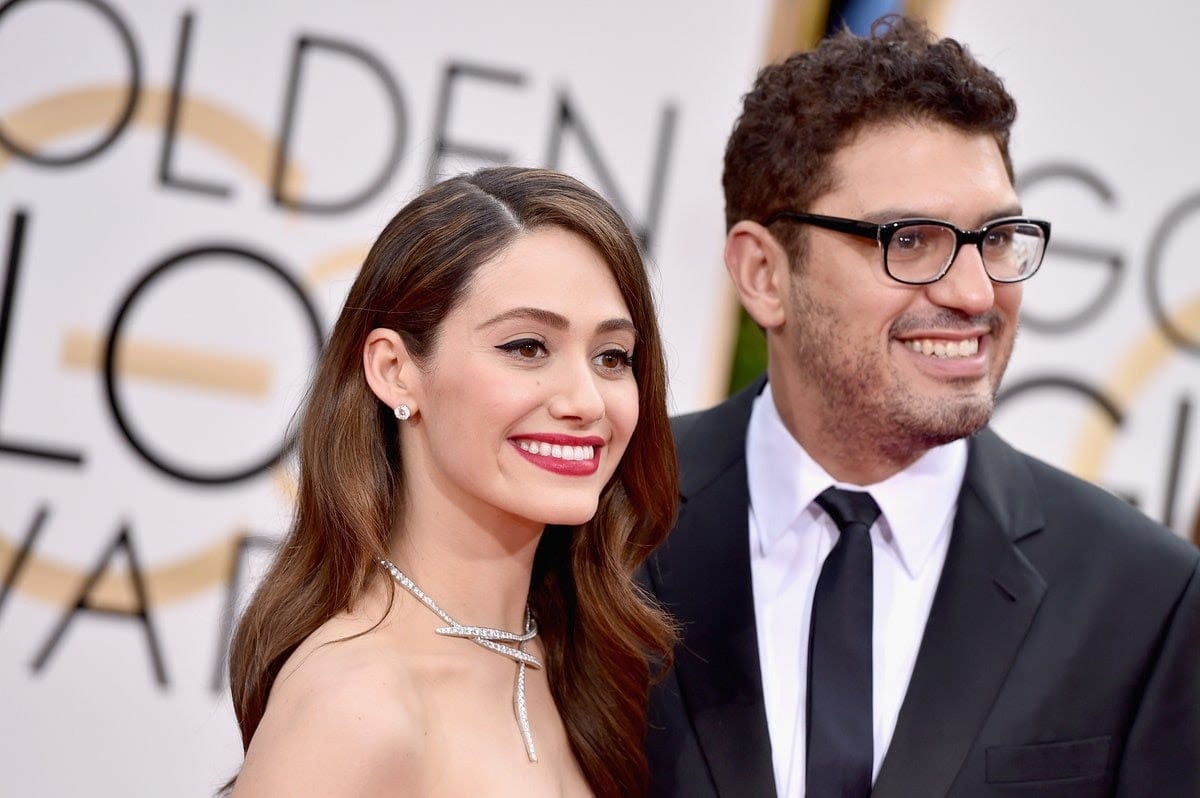 Emmy Rossum met Sam Esmail during the filming of the romantic comedy movie, Comet, which was directed by Sam. The couple fell in love and got engaged in August 2015. After dating for four years, they married in 2017, and in May 2021, they welcomed their first child together.

Emmy Rossum was previously married to Justin Siegel in 2008 and filed for a divorce the next year.

Emmy Rossum not only has a successful career as an actress but also as a singer and songwriter. She is a known face as a television personality and a singer with beautiful vocals.

Emmy Rossum net worth is $12 million according to 2021 reports. 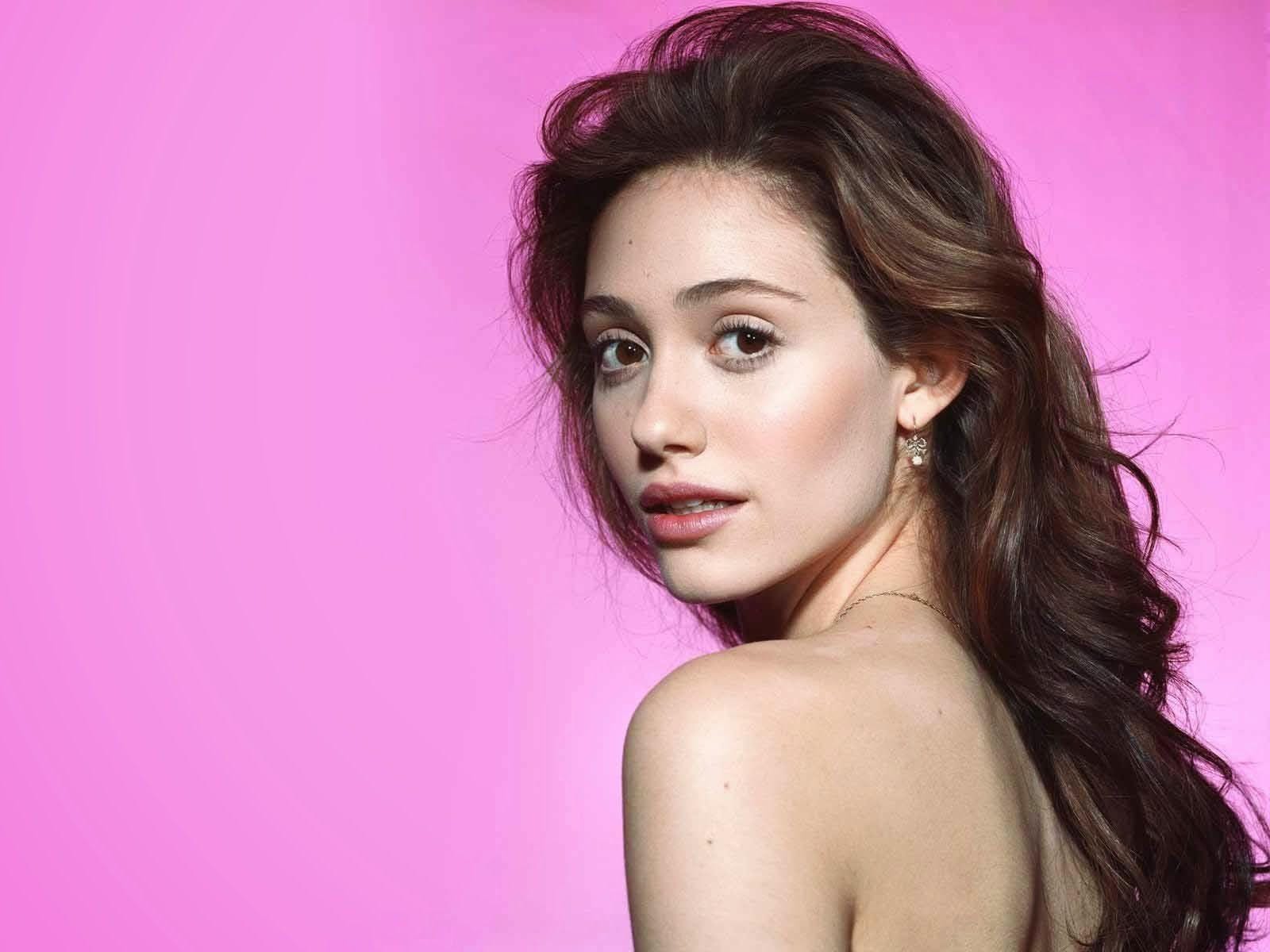