We already know about the soap opera of Britain, Emmerdale, which has been running since 1972. Well, it is surprisingly a long-time running show. Emmerdale is not someone’s but rather a place name, that too a fictional village. The show portrays the lives of different families in the fictional village, along with social issues and romance. However, one interesting and exciting thing about such a long time running the show is that some of the casts even went to form real-life relationships. Well, do you have any ideas who may be the Emmerdale stars dating in real life?

The show’s casts are popular for taking everyone in a romantic relationship, wherein they overcome their problems on the screen. However, some relationships between the casts even remain when they are not on the camera. Yes, many of the cast of the show became couples in real life. Their love life blooms fully on after their meeting on the sets. While some other casts have already been in a relationship before their appearance on the show. Many stars have formed into couples over the years. Let’s know all about them in detail below.

Everyone who has seen the British Soap Opera set in a fictional village called Emmerdale is very well acquainted with Natalie J Robb. It was last year only when the news broke out of her relationship with Jonny Mcpherson. Furthermore, things have been serious between them since then. The couple was first seen together in a live video conferencing session when they were seen wishing their co-star Liam Fox on his 50th Birthday. The couple is still reluctant and apprehensive about coming out in public. However, hopes still await the people. 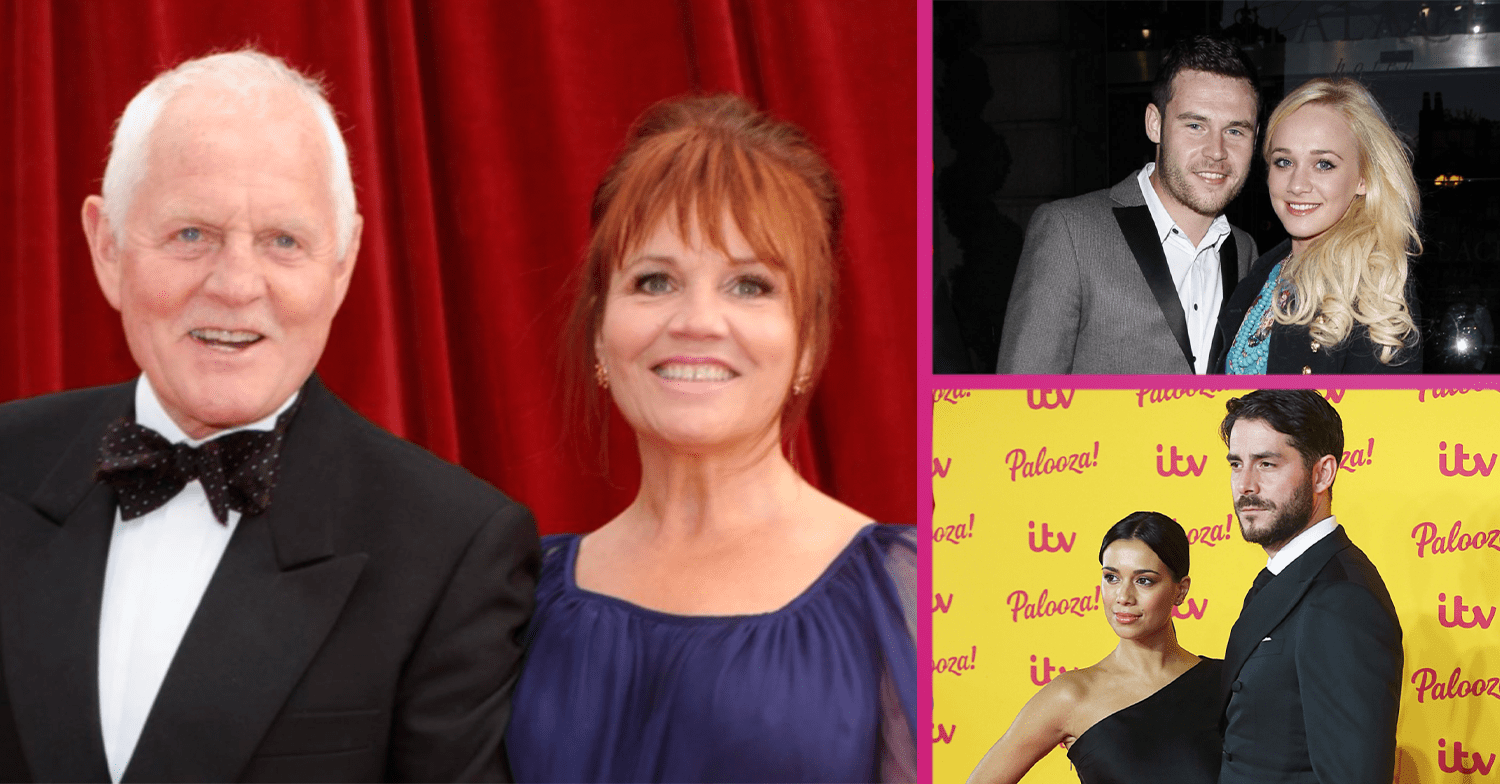 Another beautiful couple again from the same show, Michelle Hardwick and Kate Brooks, had just recently married. It was in 2018 when Michelle had announced her relationship publicly on Twitter by tweeting about the same. Kate Brooks was the producer of the show. Then Michelle Hardwick made her move against Kate, and soon they were officially married. Last October, Michelle gave birth to a son, whose name was later revealed to be Edward Peter Brooks and was nicknamed Teddy, by Michelle and Kate.

Fiona Wade, who was seen in the soap opera Emmerdale Farm, playing Priya Sharma in the show, tied knots with Simon, who played Home Farm Estate Client in the same show. These pair got engaged in 2018, however, they do not work together anymore in the show, but such love was worth seeing. Fiona Wade exclaimed, she revealed about their relationship to her mother and best friends after they got engaged. And later, Simon took Fiona to Paris. This Emmerdale couple is one out of many whom fans want to witness together soon enough.

Emmerdale Fame couple Chelsea Halfpenny and James Baxter revealed that they started dating in 2020. Chelsea was seen sharing photos with James earlier, which was a mystery for many, which came to be solved last year when their dating news got revealed. She played the role of Amy Wyatt in the show until 2013, while the character of Jake Doland got seen to be played by James Baxter. It happened to be the same show, when their bond took new turns and twists, which was something to witness.

Zoe Henry and Jeff Hordley are again another couple of the greys and blues who are parents of two children now. Jeff Hordley, who can get seen playing the role of Cain Dingle, married Zoe Henry back in 2003. Jeff stated that the two had known each other since their acting school days. In 1994, when he saw her, he knew then, Zoe was the girl for him. Zoe plays the role of Rhona in the show Emmerdale Farm.

The Emmerdale Couple, Dominic Brunt and Joanne Mitchell, have also become a household name for many who watched them in the British Soap. They both met at a Theatre School and got married in 2003. The couple also has a son named Danny. Other than Emmerdale, both were also seen in a horror film together and are also working on other projects outside.