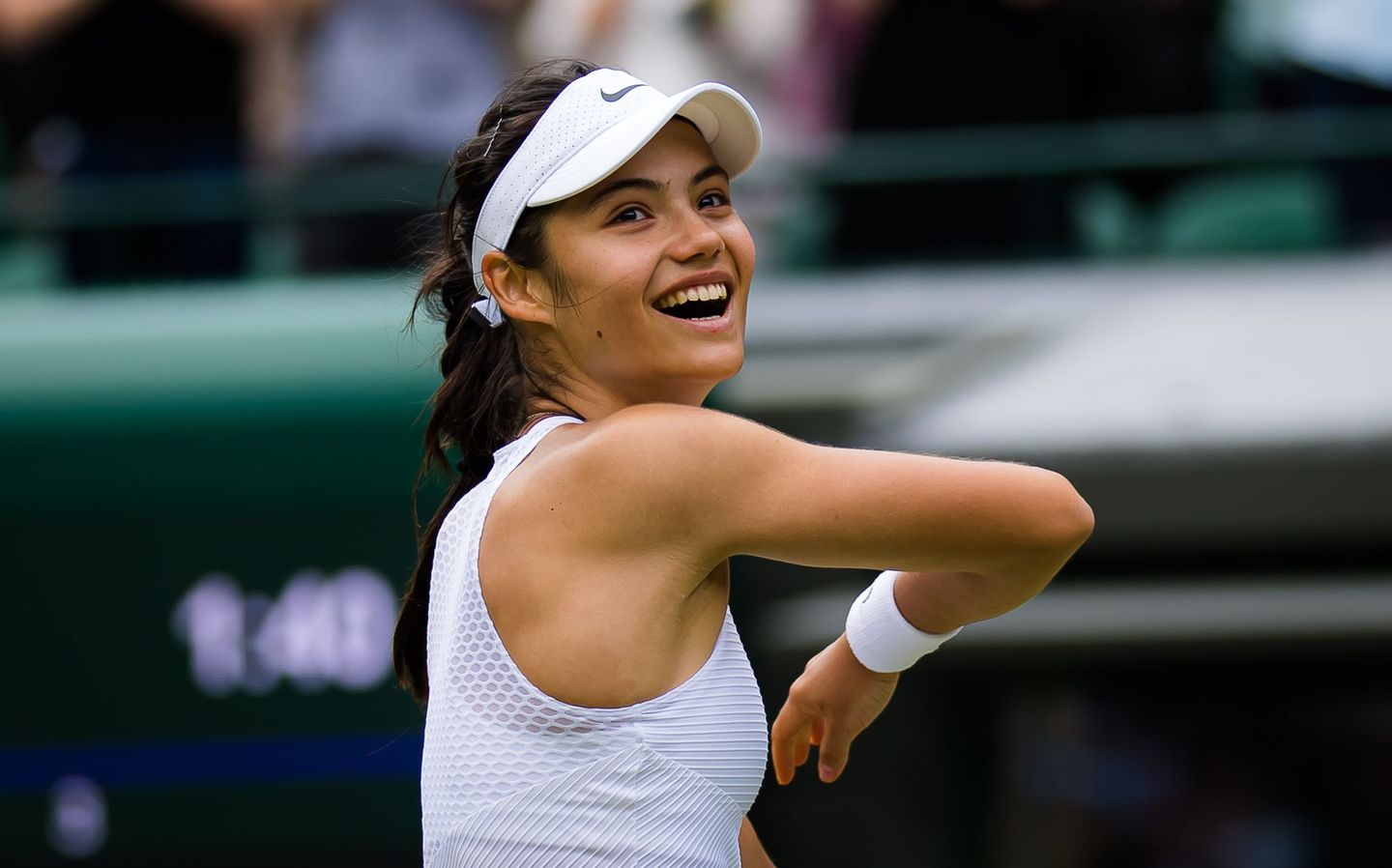 The whole Tennis universe is buzzing about her, as today we will talk about Emma Raducanu’s Net Worth. This 18-year old British teen has scripted history this week. At such a tender age, she has already broken an end number of records! She has just played two Grand Slam majors. She already has one Major-US Open to her name. The prodigal daughter of tennis arrived at the scene, the first time when she played in Wimbledon. Yes, her professional career started this year only! Emma has set an immense number of records at such a young age, tells us how far she will go. Emma has touched millions of hearts all around the world. They say every youngster should be encouraged to achieve their dreams. Something similar had happened with our beautiful champion! Emma Raducanu- What a surprise Package!!!

On a bright Sunday, this young lady pulled one of the greatest miracles the sport has ever seen. She defeated Leylah Fernandez 6-4, 6-3; hardly breaking a sweat. She got a wild-card entry to the 2021 Wimbledon Championships. She made it till the fourth round. Emma had to quit because of breathing problems. John Mcenroe trolled/insulted the young Brit for forfeiting. After she won, she proved that “Action Speaks Louder Than Words”. Raducanu’s mental resilience has got heavy admiration from the pundits. After the US Open Win, Emma will be targeting higher records. Before the finals, Emma had just 25,000 followers on Instagram. After she did the unthinkable against Leylah Fernandez, she won 1.2 million hearts within 24 hours. Before we talk about the records and accomplishments, we will first analyze Emma Raducanu’s Net Worth. The young star has won more fame than one could ever imagine! 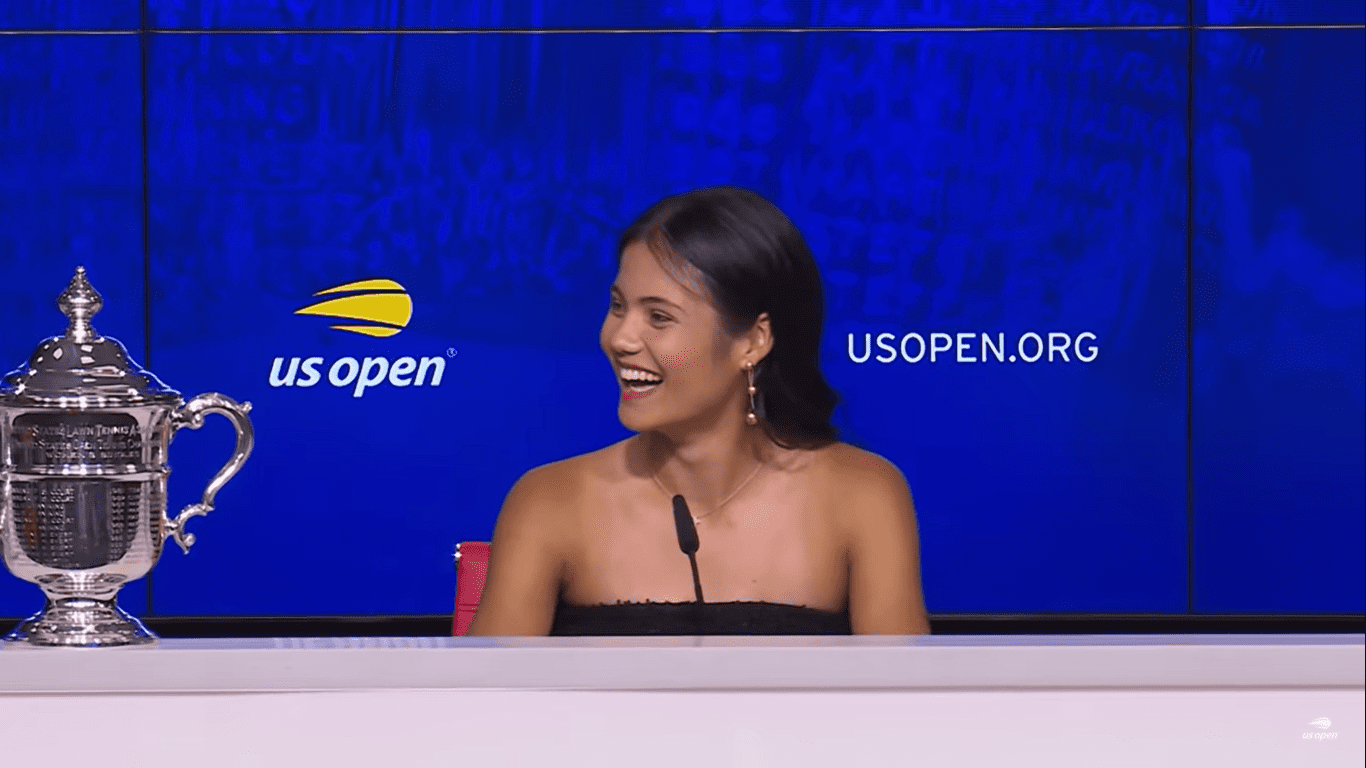 Also Read: Amanda Kloots Net Worth:- All About The Broadway Actress.

What Is Emma Raducanu’s Net Worth?

Emma Raducanu’s Net Worth is estimated to be $6 million. This is after the US Open win and the deals she has signed. Emma Raducanu’s Net Worth is growing from $1 million to $6 million. Before the Major started, Emma had a Net Worth of below £100,000. No exaggeration, but for a professional tennis player, that is always counted as low. But what could even she do, as she became a pro just a few months back! Who would have imagined that this 18-year old would become a millionaire overnight!? During the tournament, her AirPods got lost. She kept on finding it, but alas, she could never retrieve her valuable AirPods. Raducanu was rightfully depressed as they were very costly for her. After the US Open win, Emma Raducanu won humongous prize money of £1.8 million!! Her previous career earnings were only £215,000. She was pretty humorous in the interview. She jokingly said the first thing she would buy- A pair of AirPods!!

All Her Accomplishments & Records After The US Open Victory:

Emma has joined the list of all-time greats who have won the US Open. The Queen of England has congratulated her with a heart-warming message. She also mentioned that it’s remarkable to have won the major at such a young age. Emma has been honored with an MBE & OBE from the Queen. The teenager is the first-ever British to win a Major in 44 years since Virginia Wade in 1977!! Raducanu is the first Qualifier ever in the history of the game to win a Major. When she participated, her ranking was 345th. Emma is the 23rd ranked player in the world right now. She never dropped even one set in these ten matches of the US Open. That means she won 20 sets in a row!!! 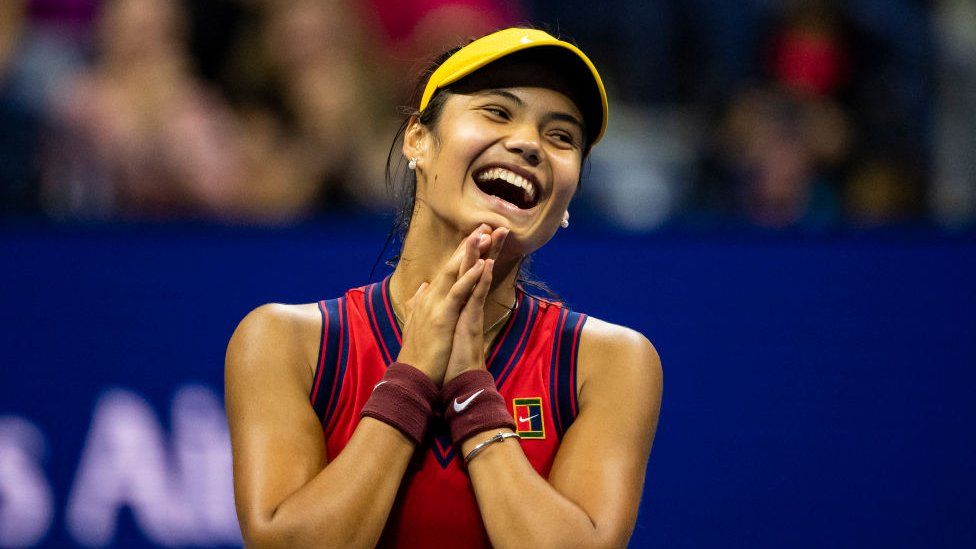 Emma was born in Toronto, Canada. Initially, her family shifted to the UK, knowing that Emma would have a better life and career options there. Raducanu was born in November 2002. She started playing tennis at a very young age of just 5. This justifies the prodigal daughter of tennis! Even her coach, Nigel Sears, has talked about her grit and mental toughness. This has helped Emma evaluate her game. She loves to write, draw, read and even play football. Her love for F1 racing is enormous. Emma can even speak fluent Mandarin Chinese. This is going to help her become a brand in the coming years. She is an all-rounder who ranks first, both in sports and academics. She is not that socially active. But we hope that she keeps on posting more of her photos with her national flag!