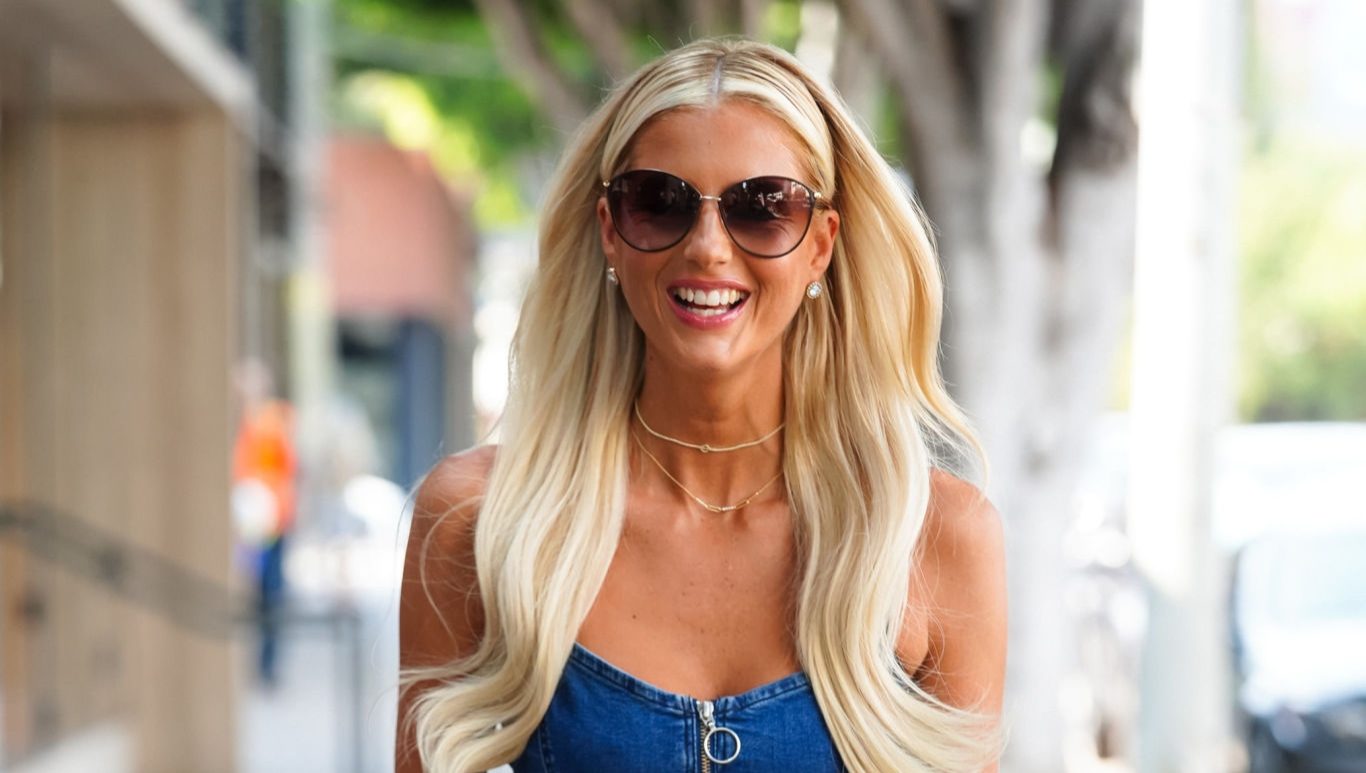 Lately, the popularity of Emma Hernan has been rising all over the internet, resulting in audiences keen to know about Emma Hernan’s Boyfriend. For those who don’t know, Netflix’s “Selling Sunset” is a reality series that highlights some of the competitive and most successful real estate agents in Los Angeles as they tackle every aspect of their lives. In addition to dealing with luxurious high-end properties, the production deepens the intermediary romantic relationships and interpersonal drama, which is even more enjoyable. Now that Emma Hernan joins the cast as a full-time employee at The Oppenheim Group, let’s take a look at everything we need to know about her.

Emma Hernan is a model who has become a real estate agent. New employees of the Oppenheim Group are also considered multi-millionaires. She now lives in Los Angeles and was initially born and raised in Scituate, Massachusetts, near Boston. Emma also runs her own food company, Emma Leigh & Co., which was founded in March 2020. The famous entrepreneur is following in the footsteps of her grandfather, who founded Yankee Trader Seafood back in the 1990s. Emma also partnered with Beyond Meat and released their plant-based mini beef empanadas last November. Emma started modeling when she was 12 years old. And, it only took her four years to kick off her career; for example, she was booked to appear on the Paris runway show.

As of now, Emma Hernan doesn’t have a boyfriend and is happily single. But Emma Hernan has been with very few men throughout her life, including an ex, she shared with Christine Quinn, who is even said to be engaged but appears to be single at the moment. The 30-year-old coastal resident confirmed her relationship status publically in September 2021, adding that the only commitments Emma currently has are her work and her Akita-Mix rescue pup, Benny. Emma’s dog has her heart, and she doesn’t want it any other way.

There’s no sign of someone romantic on her Instagram. However, we did find a photo of her kissing a guy as he held her up in the air in 2014. It emerged from her mother Stephanie’s social media account once posted, which shows Emma with a guy named Gregory Kelleher, who is now married to another woman. Emma doesn’t wear an engagement ring on her finger. However, she has babies in one of her posts, but it seems that they are her relatives’.

Also Read: Naughty Boy Girlfriend: Who is the DJ Dating in 2021?

Emma Hernan was welcomed to the world on July 14, 1991, in Boston, Massachusetts. Hernan was raised in a kind, loving, and supportive family. This includes her mother, father, and older brother, as well as a group of close cousins ​​and several other relatives. Her mother, Stephanie Hernan, is the owner and CEO of Yankee Trader Seafood, while her brother Alex Hernan is its director. The latter also appears to be a happily married dad, which makes Emma an aunt. She’s more likely to enjoy it. In short, she seemed like an utterly family-oriented woman. Interestingly, Emma is the granddaughter of Gerry McAdams, who founded Yankee Trader Seafood in 1994. Not much is known about Emma’s father, but the way she often refers to him on social media makes it clear that her father is very protective and contemplates his daughter.

Emma Hernan has been working since she was 12, starting out as a model and part-time babysitter. So at the age of 16, her career in the entertainment industry blossomed, and she started booking concerts on runway gigs in Paris and other parts of the world. However, her most lucrative job is as an investor. When she finally observes a family whose patriarch is on the stock exchange, Emma develops a passion for the same. She studied the trade herself before starting to invest at the age of 14 or 15. When Emma was 17 years old, she started her own family grocery business, where she became an entrepreneur.

Today she continues to work as a model and an investor and is also the founder and CEO of Emma-Leigh & Co., a plant-based frozen food company. She is also a real estate agent, a position she has held at The Oppenheim Group since 2018, and Emma worked hard until she was asked to take on more responsibilities. According to our statement, her clients include several national and international figures and high-profile celebrities.

The entrepreneur Emma has an estimated net worth of $3 million as of 2021. Her primary source of income is the various ventures she invests in. This includes stocks and cryptocurrencies. She also makes a living as a real estate agent and recently started her own vegan food business. Her annual income is reported as $500,000. She is also a former model and made headlines recently after being finalized as a contestant on the series Selling Sunset. Emma is a person who has worked in many companies. She started working when she was a teenager. She also owns several mansions in various cities across the United States.

Also Read: Jenna Coleman Boyfriend: All About Her Personal Life