Elle Fanning Boyfriend: Who Is The Actress Dating In 2021? 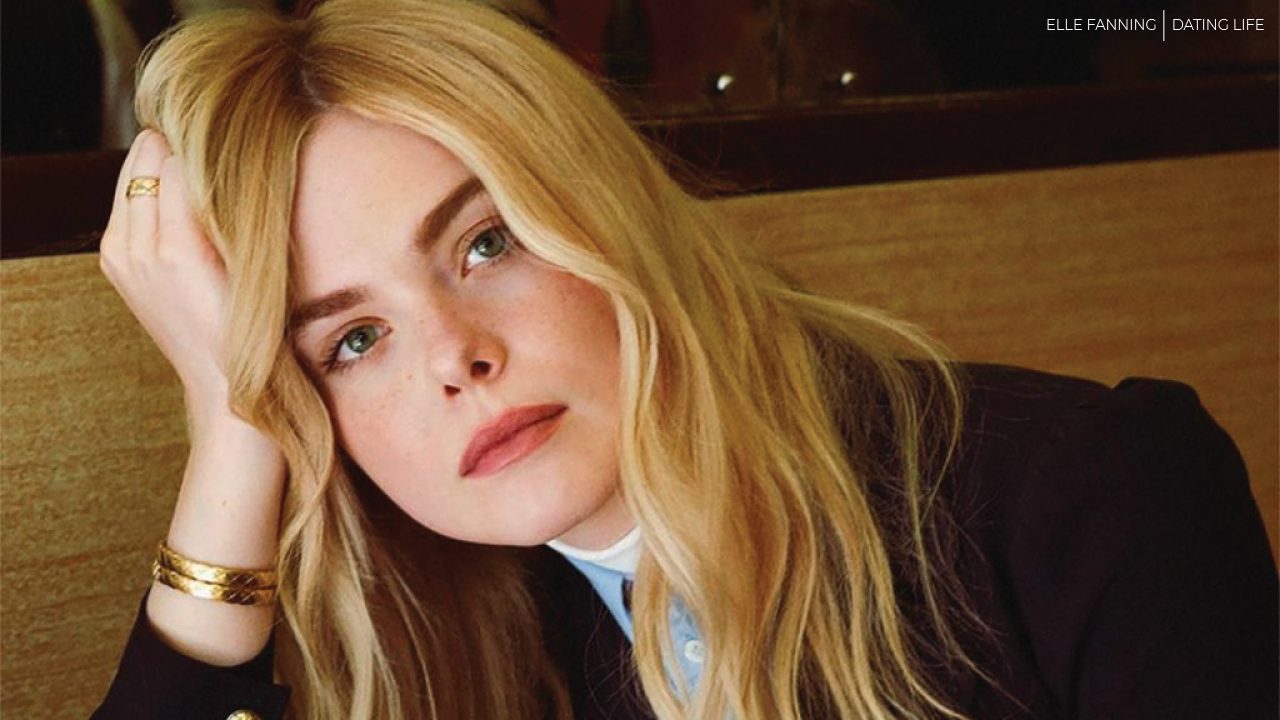 Who is Elle Fanning’s Boyfriend? Mary Elle Fanning is an American Actress. She’s one of the established and admired upcoming actresses in the industry. In 2001, Elle made her debut as the younger version of her sister Dakota Fanning in ‘I am Sam’. Moreover, she appeared in many other films like ‘Babel,’ ‘Phoebe in Wonderland’ and ‘Somewhere’. Elle was born in Conyers, Georgia, to Heather Joy and Steven J Fanning.

She started acting even before she turned three. In 2014, Elle got her big breakthrough as Princess Aurora in ‘Maleficent’. Through this, she garnered immense love and recognition internationally. Her skills were highly recognizable since her childhood, and thus, she was selected for a lot of movies since 2002. Elle was initially cast in the movie ‘The Door in the Floor’ in 2004. However, the director wanted to cast twins.

They loved her acting skills and ended up choosing her. Elle and Dakota gave voiceovers in Miyazaki’s animated movie,’ My Neighbour Totoro’ as Mei and Satsuki. In 2016, she played the role of Jesse in the film ‘Neon Demon,’ but the film was not successful at the box office. However, In May 2019, Elle was elected as a jury member of the International Competition in the 72nd Annual Cannes Film Festival. She broke all the records and became the youngest Cannes jury member. She gained a lot of attention from her role as Violet for her on-screen romance but little did you know. Elle’s quite happy and ahead in her actual life too. In 2018, rumors swindled about Elle Fanning and Max Minghella. Is he Elle Fanning’s boyfriend?

Who is Max Minghella?

Max Giorgio Choa Minghella is known for his role as Divya Narendra in ‘The Social Network’. He directed and wrote his own musical film ‘Teen Spirit’. Max was born in Hampstead, London. He is the son of director Anthony Minghella. Moreover, Max spent a lot of time in the sets of his father, and he was grateful that his father never pressured him to succeed in the industry. He completed his high school at St Anthony’s Preparatory School and University College School. His priority was to finish his studies.

Max was inspired after seeing a production of the play, ‘This is our Youth’. He dropped out of school to pursue his acting career. Max was critically praised in his role as the son of a dysfunctional Jewish-American Family. But this movie didn’t gain much recognition and failed at the box office, grossing only $1 million. However, Max never wanted to become an actor. He always believed he wanted to be a music director until he turned 16 years old.

In 2005, Max landed in the role. as the son of George Clooney‘s CIA agent character. ‘Syriana’ was a political thriller film. Moreover, He directed his movie ‘Teen Spirit’ in 2018, through which dating rumors swirled around Elle and Max. As per US Weekly, they were seen holding hands in Florence, Italy. Max was always professional in public. He never disclosed his personal life and kept things low-key.

Are Elle Fanning and Max Minghella Together?

Elle and Max made their relationship official when they walked together at Met Gala New York in 2019. In an interview with Entertainment Tonight, Elle spoke about her beau and said that she’s really happy to be working with him, while Max talked about her being the only actress who could’ve carried the movie. Even though there’s an age gap between the stars, they’re pretty compatible, as both Elle and Max prefer privacy over anything. In 2020, they were snapped together while picking up their dog.

Moreover, Elle and Max are not one of those who would post their photos online and disclose pretty much everything about their relationship, and it’s clear that they are thinking specifically about their lives together. In his interviews, he spoke more like a director than a ‘boyfriend’ to Elle Fanning. After they were spotted together at the Met Gala, a week later, they were even seen walking together around Silver Lake, California.

Before dating Elle, Mar was linked with Eve Hewson, the daughter of U2’s Bono. Moreover, Elle was romantically linked to Zalman Band. They dated each other in 2015 and broke up in a few months. There were also rumors about her dating history with Dylan Beck in 2014. They were often spotted together in Los Angeles. Even though Elle and Max haven’t spoken up officially, they are in a good spot. But will they be together always? That’s not known for now.

How to Watch Dear Evan Hansen? Everything about the Musical Drama