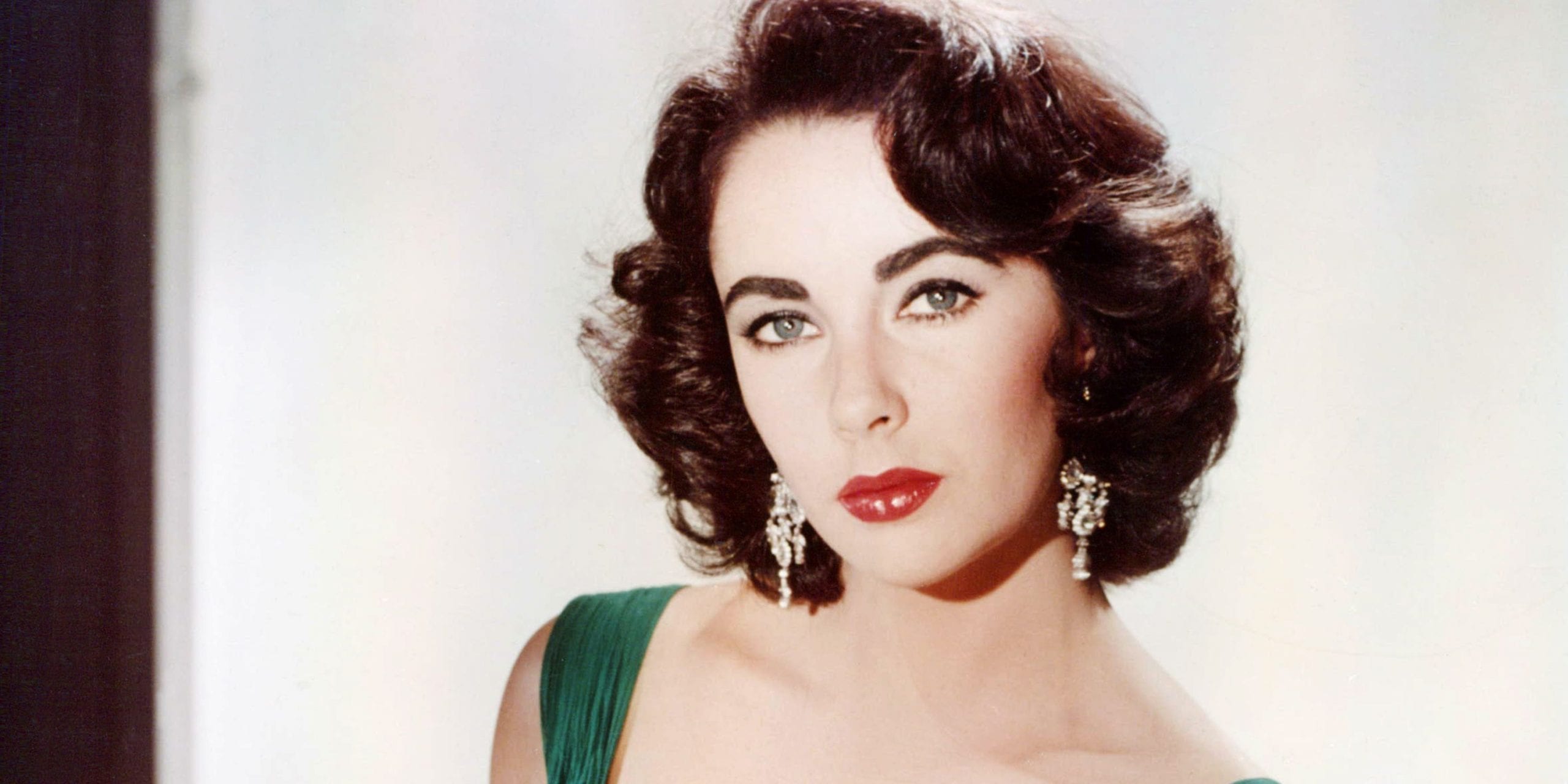 Elizabeth Taylor was an actress, businesswoman, and humanitarian. Her acting career began in the 1940s, and one of her earliest roles was as a child actress. She grew up to be one of the most famous and popular stars of classical cinema in 1950s Hollywood. Her career went on until the 1960s, and her name was famous until her death. In fact, she has been named the 7th greatest female screen legend by American Film Institute. She was born on 27th February 1932 to rich and well-known American parents who had settled in London. They later moved back to Los Angeles in 1939, and her acting debut was a minor role in “There’s One Born Every Minute,” which came out in 1942. Then, she got signed in with the famed Metro-Goldwyn-Mayer and became a household name after her amazing performance in National Velvet (1944).

She began to take on more mature roles in the 1950s, one of her most acclaimed movies being A Place in the Sun (1951) and the Father of the Bride (1950). Elizabeth Taylor came to be known as one of the most beautiful women in the world, and her legacy is as beautiful and heartwarming as any of her screen roles. Her friend, Carol Sager, had once told in an interview that Elizabeth is “bigger than life.” In fact, Elizabeth Taylor was the closest thing Americans had to royalty. 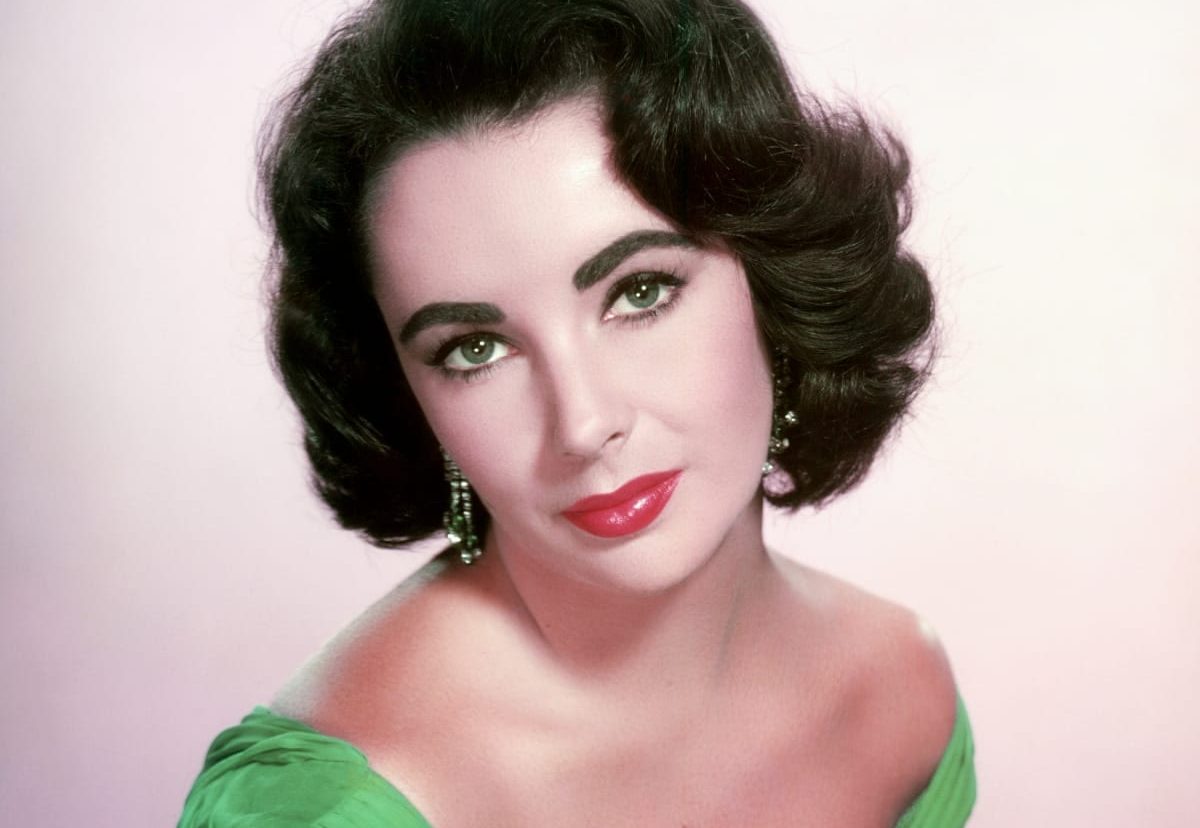 Elizabeth Taylor and her Sparkling Career

Elizabeth Taylor was born to parents Francis Lenn Taylor, an art dealer, and her mother was a retired stage actress, Sara Sothern. Sara was continually told by her neighbours in California that they should let their daughter audition for movies. Elizabeth’s eyes were worthy of praise. Apparently, they were so blue that they looked almost violet, and owing to a genetic mutation, she had double eyelashes. She had auditioned for both MGM and Universal and got in both, but Sara chose the latter for her daughter. However, Universal ended the contract only a year later after There’s One Born Every Minute. Later, she got into MGM, wherein she made many movies such as Jane Eyre (minor role), The Last Time I saw Paris, Beau Brummell, etc. 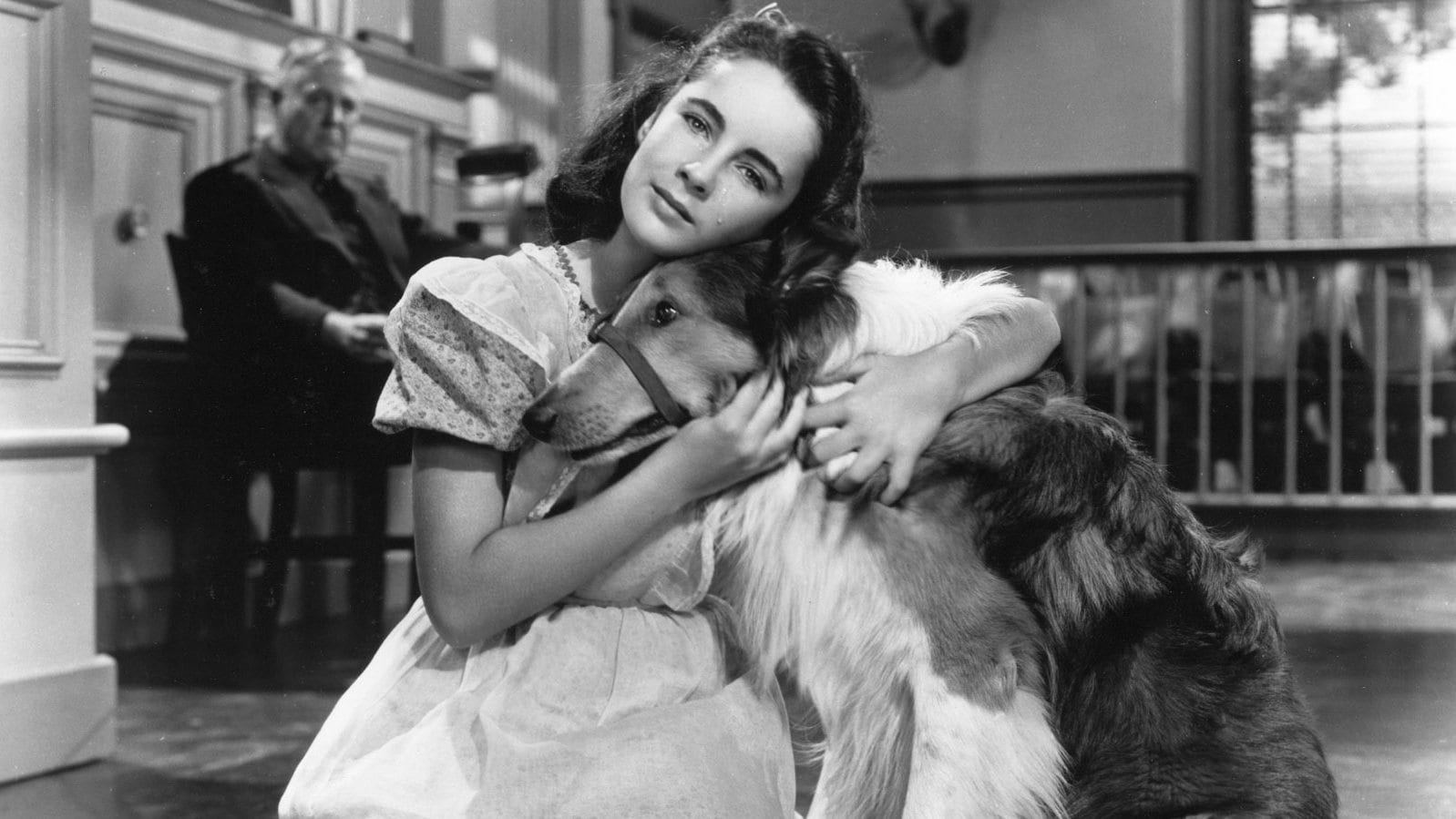 But she also disliked how she was being controlled by the studio and hence even wanted to end her career in the early 1950s. She didn’t like any of the movies she was assigned to. But this changed when she was given better movies in the mid-50s, like Giant, Raintree Country, Cat in a Hot Tin Roof, and Suddenly, Last Summer. She even won a Golden Globe for Best Actress for the last one. Her last movie for MGM was Butterfield 8, in which she won an Academy Award for Best Actress, despite disliking her role as a call-girl. 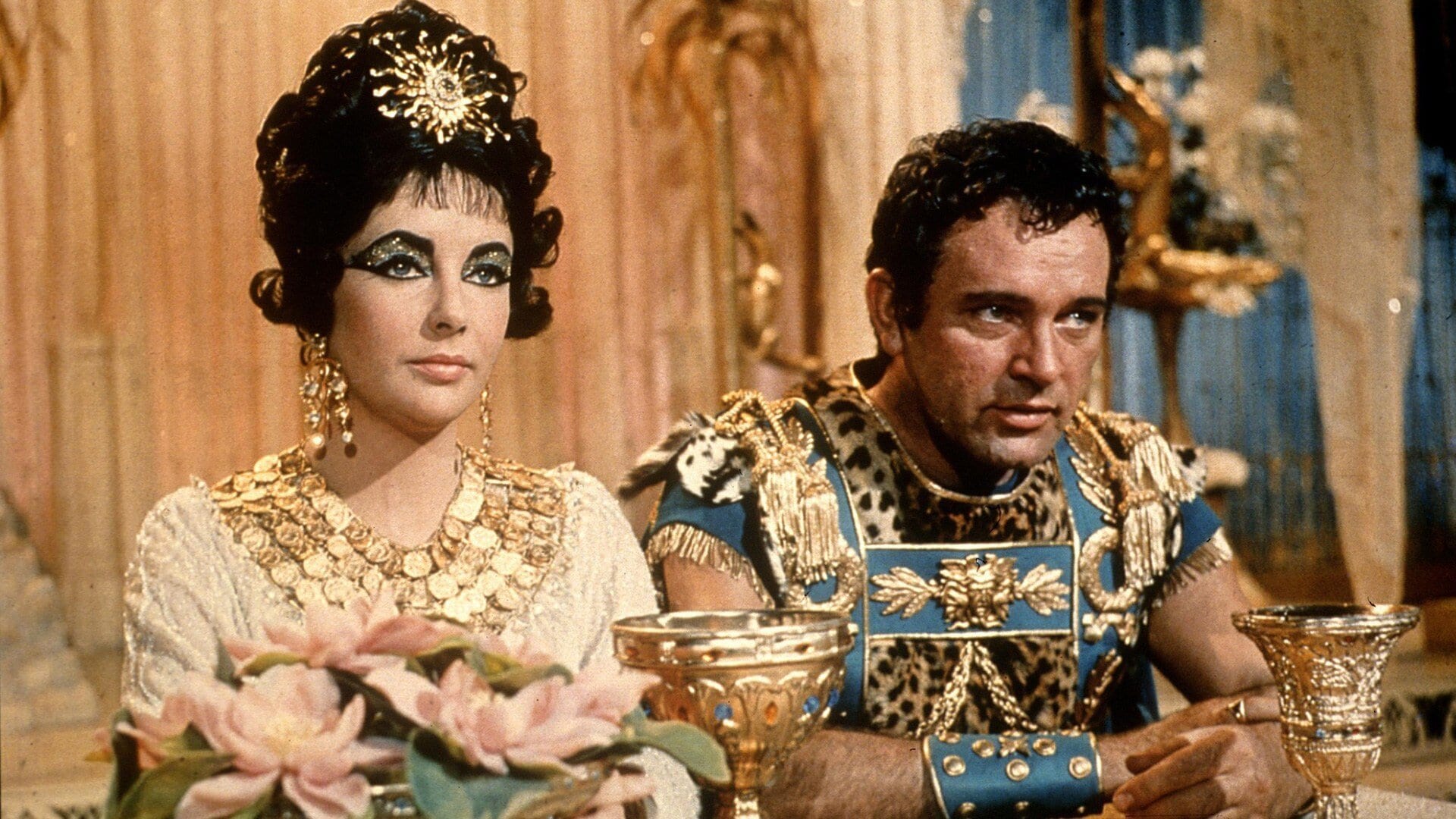 Cleopatra and Towards Philanthropy:

In 1961, the film Cleopatra was released, which starred Taylor with Richard Burton with whom she would cause the scandal of the century. Richard and Taylor starred together in 11 movies, and some of them were: The VIPs, the Sandpiper, the Taming of the Shrew, Who’s Afraid of Virginia Woolf? and so on. Elizabeth even won another Academy Award for Who’s Afraid of Virginia Woold. Her career hit the downward slope in the late 1960s, although she continued to appear in movies until the mid-1970s. In the 1980s, she launched her own perfume brand and took an active part in HIV/AIDS activism. She was the founder of Elizabeth Taylor AIDS Foundation in 1991, and from the 1990s till her death, she dedicated all her time to philanthropy. In fact, she was also the recipient of the Presidential Citizens Medal.

The 7 Husbands of Elizabeth Taylor:

Just like any other superstar, Elizabeth Taylor’s life was also subjected to constant media scrutiny. She was married 8 times to 7 men. She converted to Judaism. Faced many serious illnesses. Had a rich, affluent, and sometimes eccentric lifestyle. At the mere age of 18, she married millionaire hotel heir Nicky Hilton Jr. MGM itself paid for the lavish ceremony. However, according to Taylor herself in her autobiography, the relationship and honeymoon ended at the same time because of Conrad “Nicky” Hilton’s abusive behaviour and addiction to alcohol. 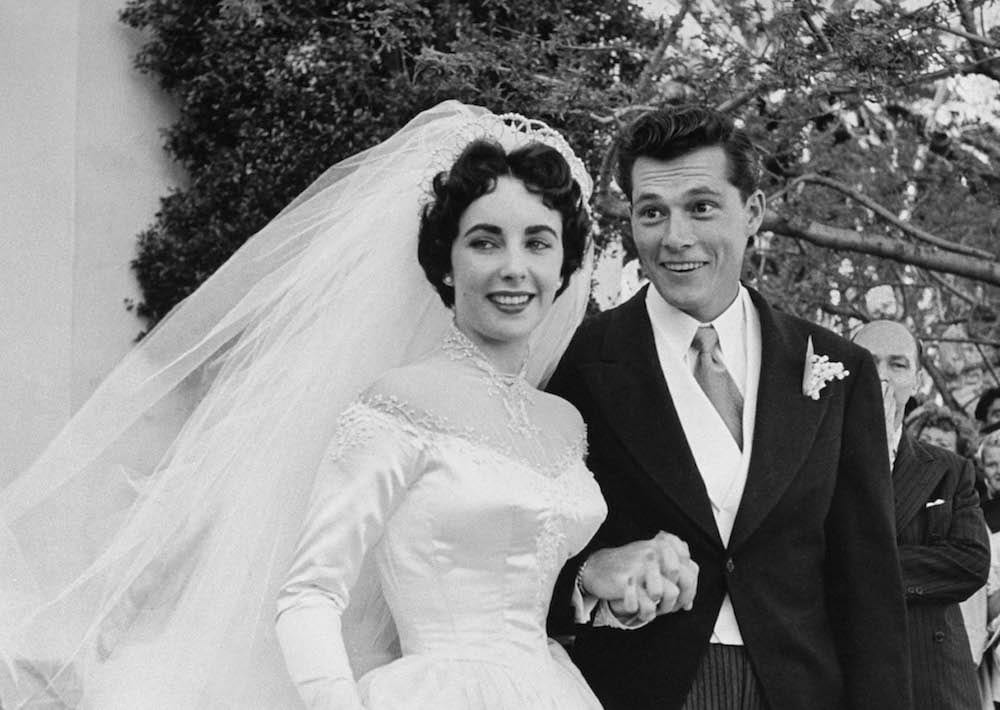 Taylor’s second marriage was to British Actor Michael Wilding, who was also 20 years her senior. Elizabeth had found the age gap appealing because she thought it to be calm and quiet, and secure. They had 2 sons, Michael Howard and Christopher Edward. As Taylor grew older and more confident, she and Michael Wilding started to drift away. Confidential, a gossip magazine, began to circulate rumours that Michael invited strippers at their house when Elizabeth was away. They divorced in 1957.  Mike Todd, her third husband and 25 years her senior, was one of the 2 great loves of Elizabeth Taylor’s life. But their happiness was short-lived as Mike died in a plane crash. He was the father to Liza, Elizabeth’s daughter. 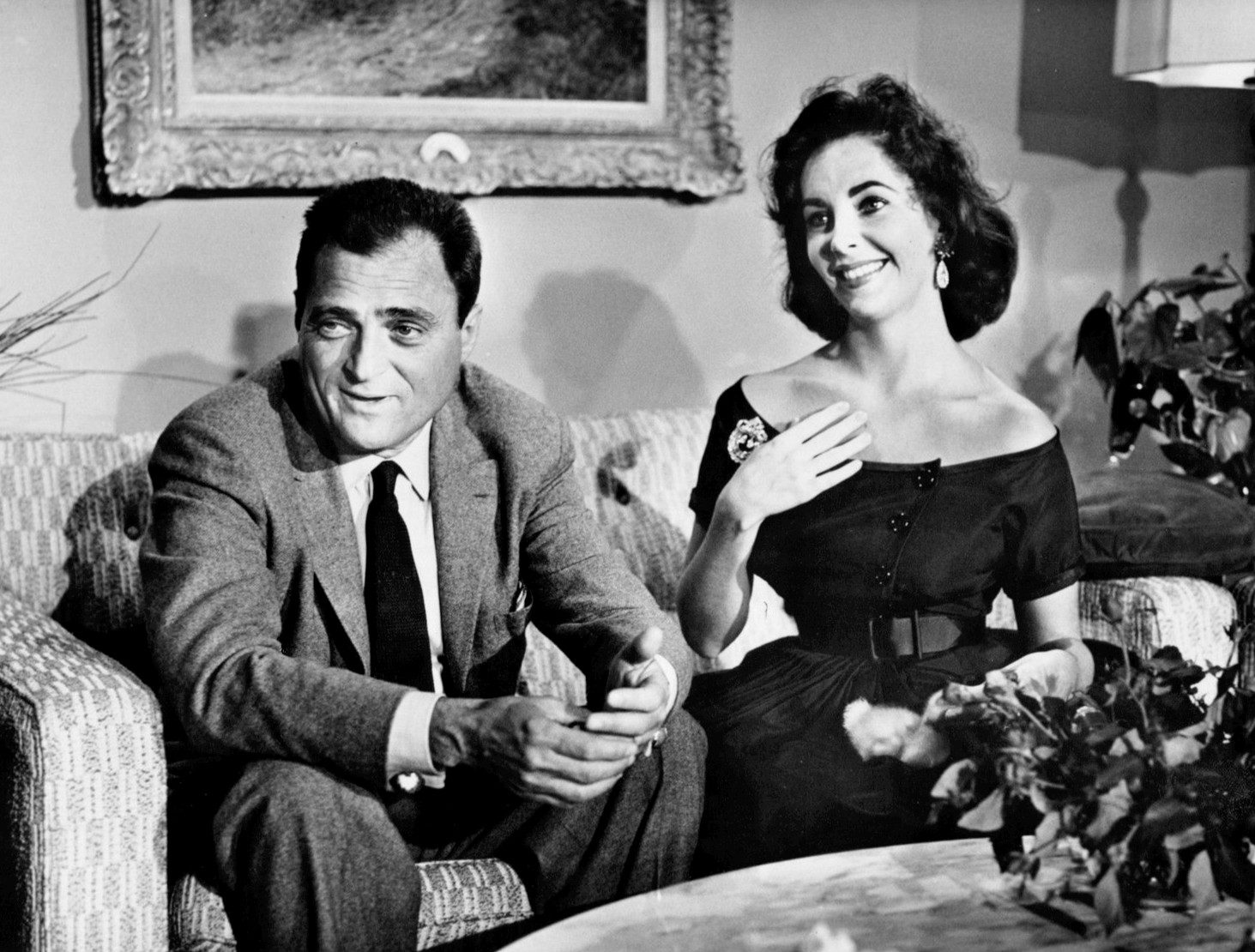 Her fourth husband was Eddie Fisher, with whom she began an extra-marital affair while Eddie was still married to Debbie Reynolds. Elizabeth Taylor began another affair with her co-star, Richard Burton, while filming Richard Burton – both of them married. This was the great scandal of Elizabeth Taylor’s life, especially after the paparazzi shot them together on a yacht. Liz and Dick, as they were called, were condemned by the Vatican. Elizabeth divorced Eddie Fisher in 1964 and married Burton 10 days later. They adopted Maria Burton, a German orphan. 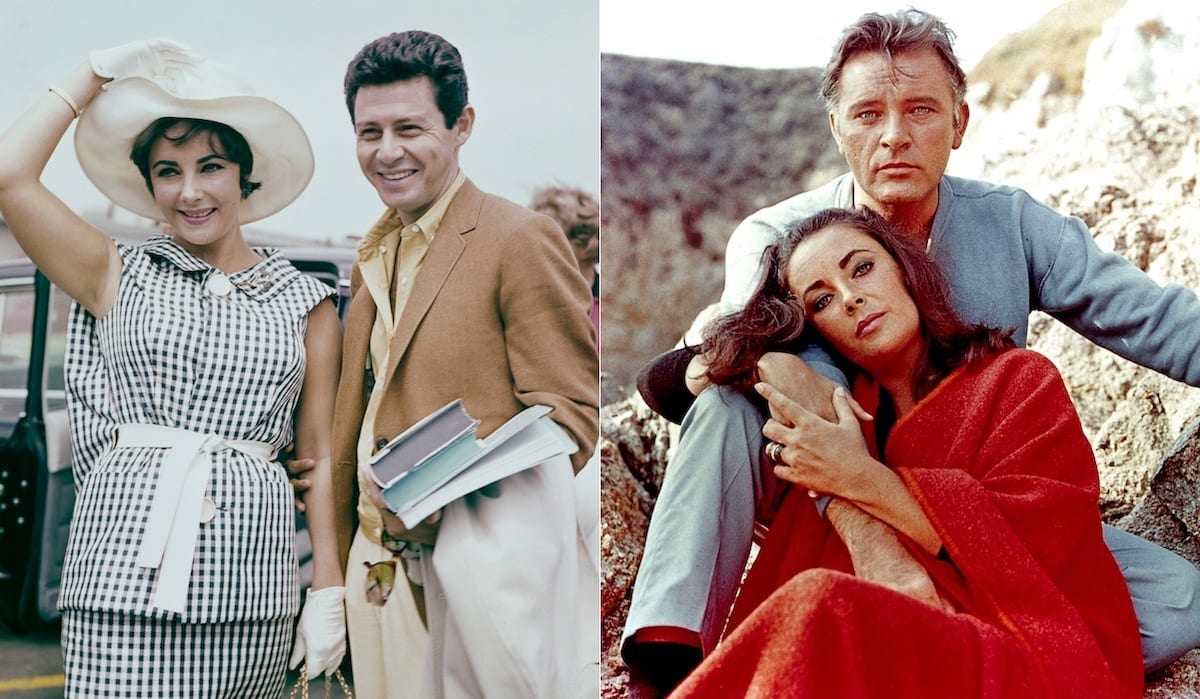 However, this too wasn’t Liz’s Happily Ever After. Elizabeth and Richard were known as the “battling Burtons” for their infamous and very open fights. They divorced for the first time in June 1974, reconciled, and then again divorced in July 1976. After Richard, Elizabeth had said, all the men in her life were merely there for holding coats and opening doors and providing her with a company. She called the two of them “maniacs” and found it amusing that the world was always amused by them. Their love has always been regarded as “crazy” and “deadly.” 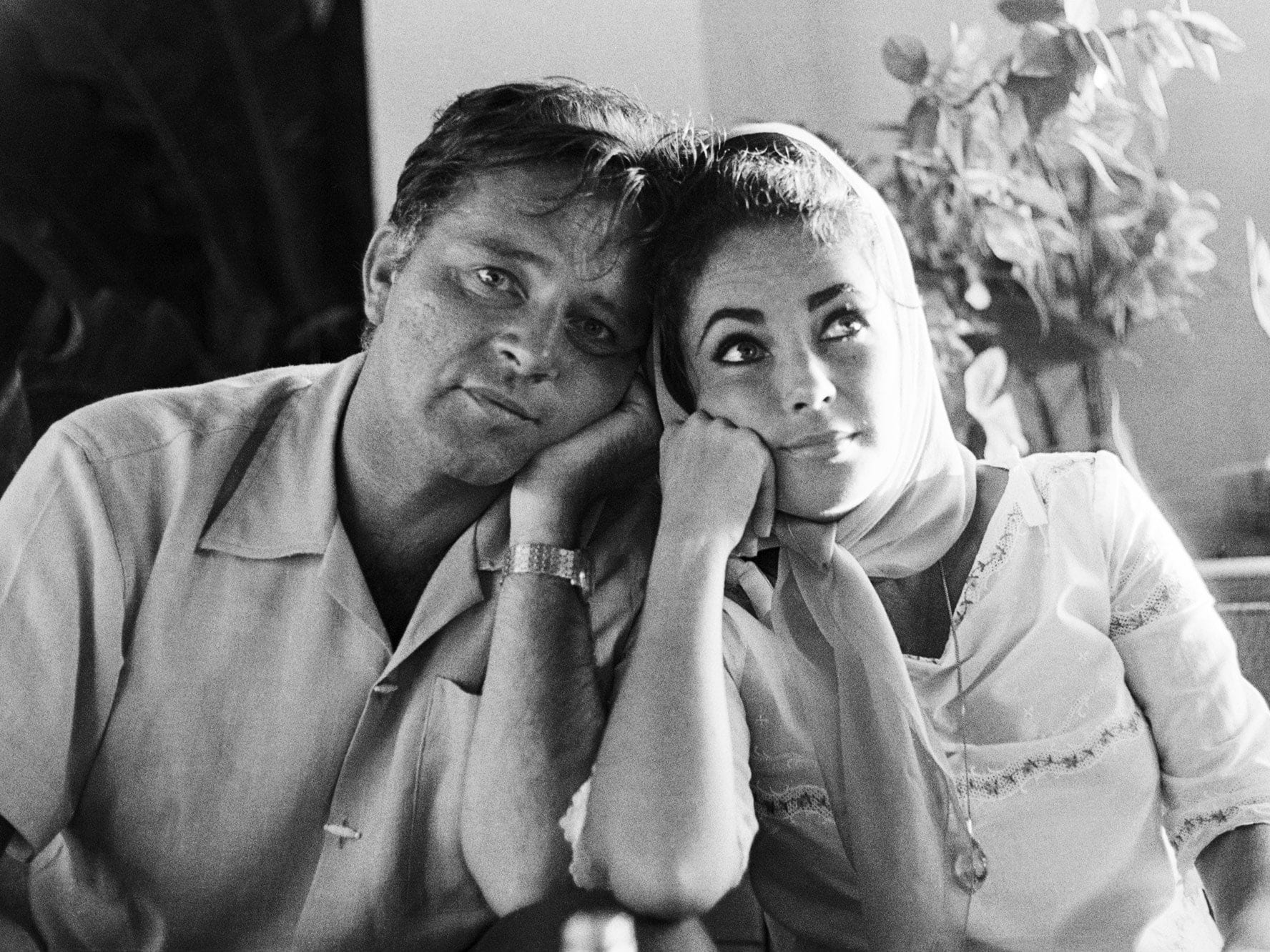 Her 6th husband was US Senator John Warner. As a politician’s wife, she found herself very depressed and even spiralled into alcohol addiction. But she recovered, and the couple divorced in 1982. Her 7th and final husband, Larry Fortensky, a construction worker, and they married in 1991. They divorced 5 years later but were lifelong friends. When in 1999 Larry Forensky went into a coma after falling off a balcony, Elizabeth herself paid all his medical bills. In 2010, she wrote him a letter claiming that he was a big part of her heart and she would love him forever. Even though they were divorced for more than 14 years, Elizabeth left Larry 825,000 USD in her will. 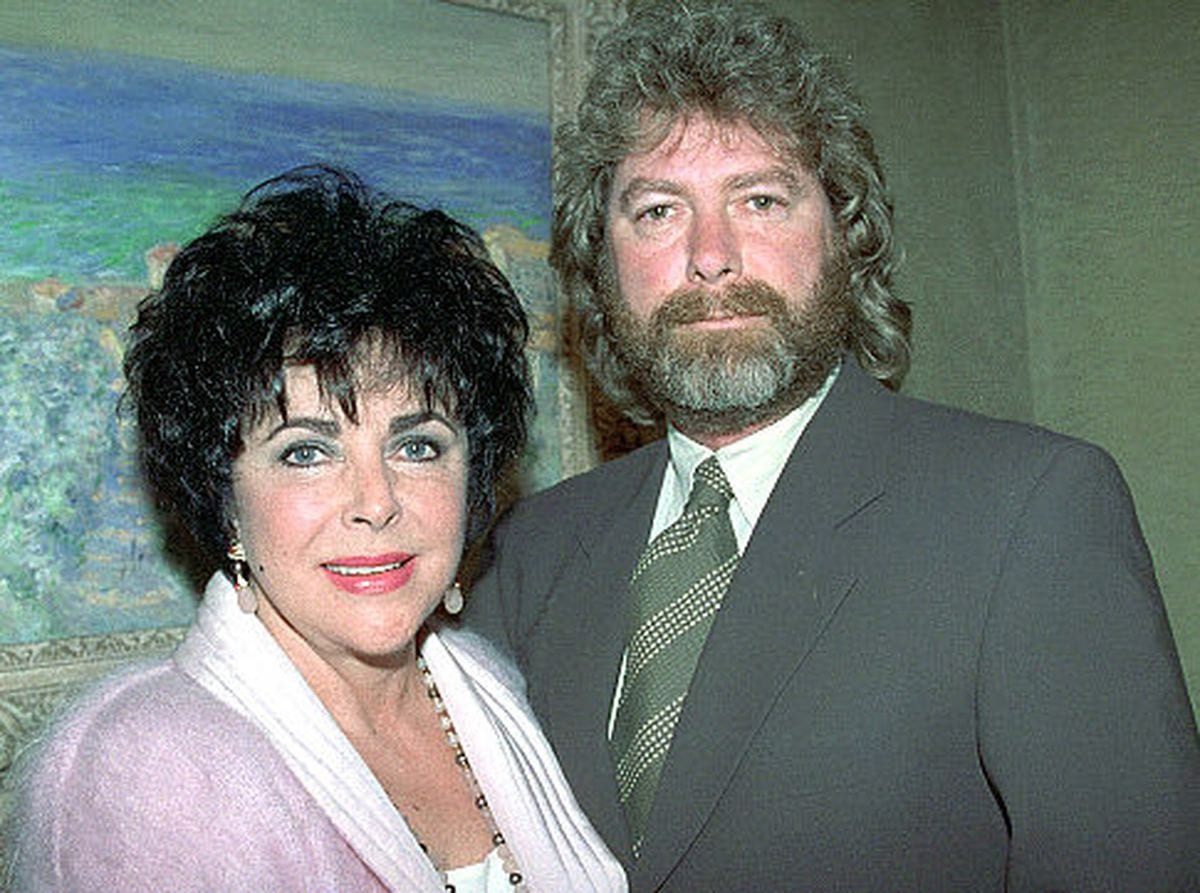 How Much Was Elizabeth Taylor Worth at the time of her death?

Elizabeth Taylor had a long history of illnesses and was being treated for several of them. She was a very heavy drinker for the greater part of her life. She died at Cedars-Sinai Medical Centre whilst being treated for congestive heart failure. Her son, Michael Wilding, called her an “extraordinary woman” who was able to live her life to the fullest. GLAAD also announced her as an icon in the LGBTQ community after her death. She would never be forgotten for her first steps towards fighting the fear and prejudice against HIV and AIDS and like her son put it, the world was a better place because of Elizabeth Taylor. She had a net worth of $600 million US dollars at the time of her death. 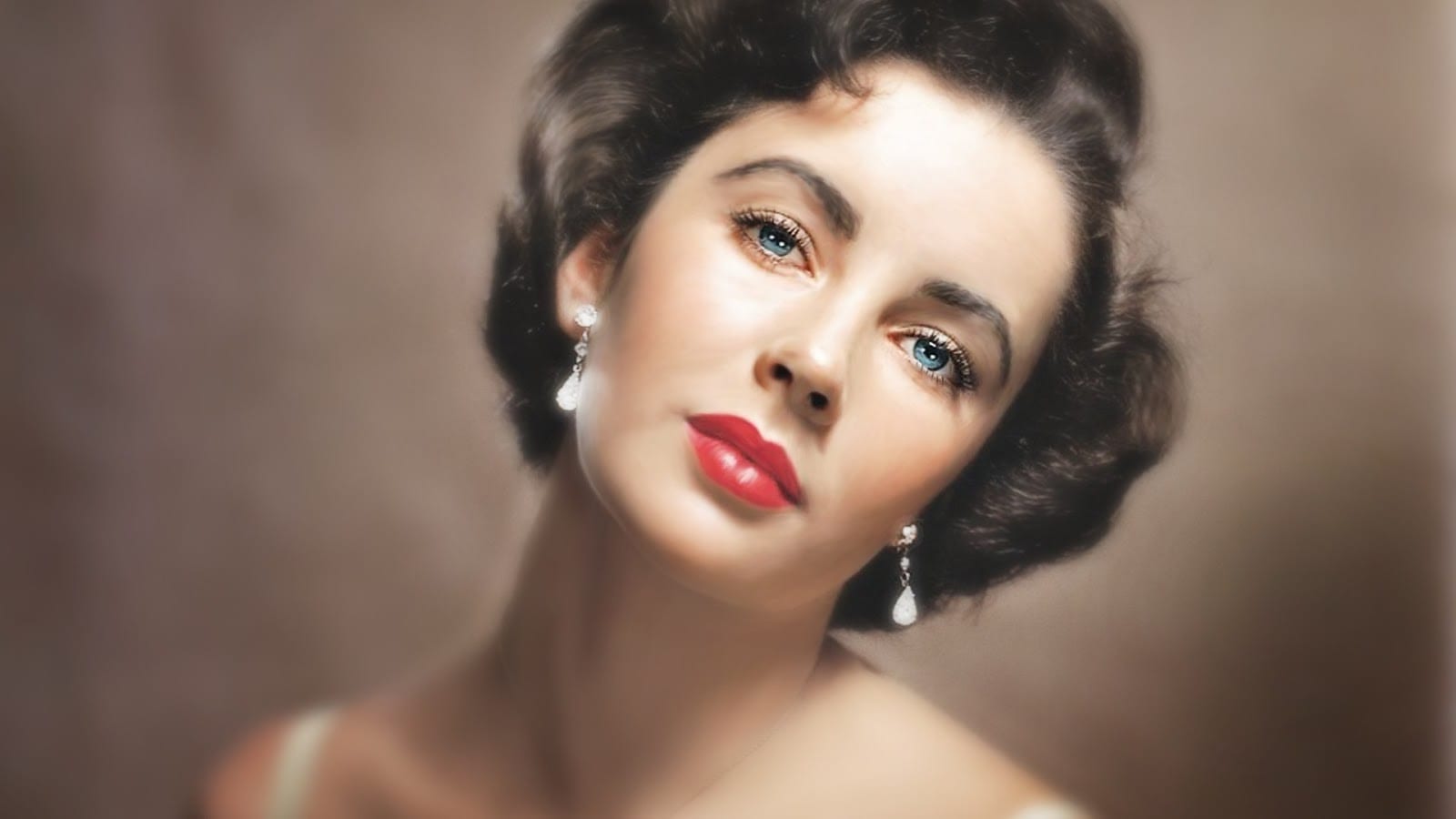 Also Read: Dilip Kumar Net Worth: His Earnings At The Time Of Death