Elizabeth Holmes Net Worth: How Much Is The American Former Businesswoman Worth? 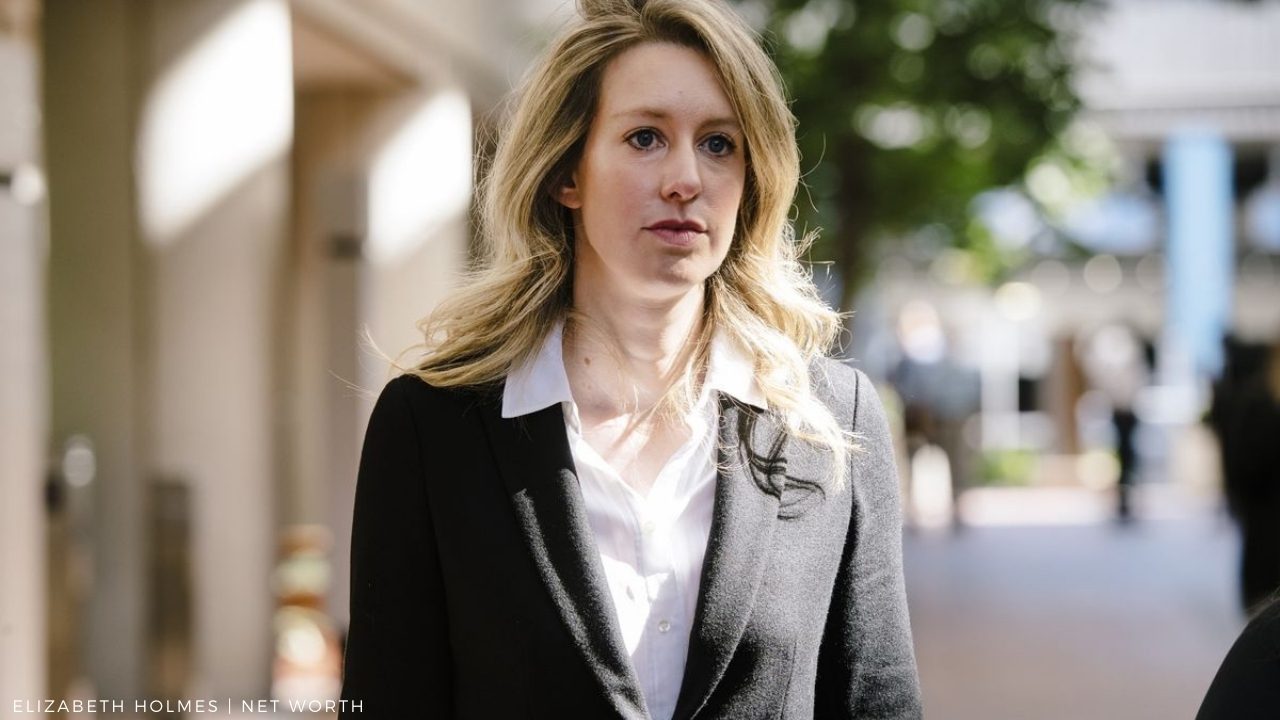 The following article is all about Elizabeth Holmes net worth and career. Elizabeth Anne Holmes, aka, Elizabeth Homes is an American former businesswoman. Born on February 3, 1984, she is the founder and chief executive of Theranos. By 2015, Forbes, a well-known business magazine, had named Elizabeth Holmes the youngest self-made female billionaire in America based on a $9-billion valuation of her company. A year later, following revelations of possible fraud that be done about Theranos’ claims, Forbes revised its published estimate of Holmes’ actual net worth to zero, and Fortune named her one of the “World’s Most Disappointed leaders of all time.”

In June 2018, a federal grand jury indicted Ramesh Balwani, the former COO of Theranos and Homes, on nine counts of wire fraud and two counts of conspiracy to commit wire fraud to distribute blood tests to consumers. The case, U.S. v. Holmes, et al., started on 31 August 2021 and is expected to last 13 weeks or longer. If convicted, Holmes faces up to 20 years in federal prison, as well as potentially millions in restitution and fines.

An American former businesswoman Elizabeth Holmes was born February 3, 1984, in Washington, D.C. She is the daughter of Christian Rasmus Holmes IV, who was a vice president at Enron, an energy company that later went bankrupt. After the case of accounting, a fraud scam came to light. Later her dad held executive positions in government agencies. Her mother’s name is Noel Anne (née Daoust), who worked as a Congressional committee staffer.

Holmes schooled at St. John’s School in Houston. In high school, she was found interest in computer programming and says started her first business at a young age by selling C++ compilers to Chinese universities. That was considered a bold move but so worth it for her. Holmes’s parents had arranged for her a Mandarin Chinese home tutoring, and partway through high school, she went for Stanford University’s summer Mandarin program. She attended Stanford in 2012, where she studied chemical engineering and also worked as a student researcher and laboratory assistant in the School of Engineering.

She starts working in a laboratory at the Genome Institute of Singapore after finishing her freshman year. During her time in the laboratory, she tested for severe acute respiratory syndrome coronavirus (SARS-CoV-1) from the blood samples with syringes. Holmes filed the first patent application on a wearable drug-delivery patch in 2003. She made a bold move in 2004, as she dropped out of Stanford’s School of Engineering. And used the money as seed funding for a consumer healthcare technology company.

A former businesswoman Holmes was romantically involved with Ramesh “Sunny” Balwani, a Pakistani-born Hindu. She met him for the first time in 2002 at age 18. At that time, he was 19 years older than she was and was married to another woman. They were both involved romantically in 2003 after Balwani divorced his wife in 2003. At the same time, Holmes dropped out of college. She is also has a sister name Christian Holmes V.

Balwani decides not officially join Theranos until 2009. When he was finally given the title of COO, and he was advising Holmes behind the scenes. In 2005, they both moved together in an apartment. They both ran the company together in a corporate culture of “secrecy and fear.” Till the time they jointly ran the company, no one knew about their relationship. The couple ended up, and Balwani left Theranos in 2016 in the wake of investigations. The reason for his departure is unclear; Elizabeth has stated that she finally fired him, but Balwani says that he left for his own good.

In 2019, Holmes engaged to her long-time love William “Billy” Evans.

In 2014, Elizabeth Holmes was named to the Forbes magazine’s American billionaire list, with the outlet reporting she owns a 50% stake in the startup Theranos, pinning her wealth at $4.5 billion. In the same year, Theranos has managed to raise more than $400 million. In 2016, the business magazine Forbes revises its estimate of Holmes’ net worth from $4.5 billion to $0. The magazine lowered its valuation for the company from $9 billion to $800 million.

IU’s Boyfriend: Who Is The KPop Star Songstress Dating?