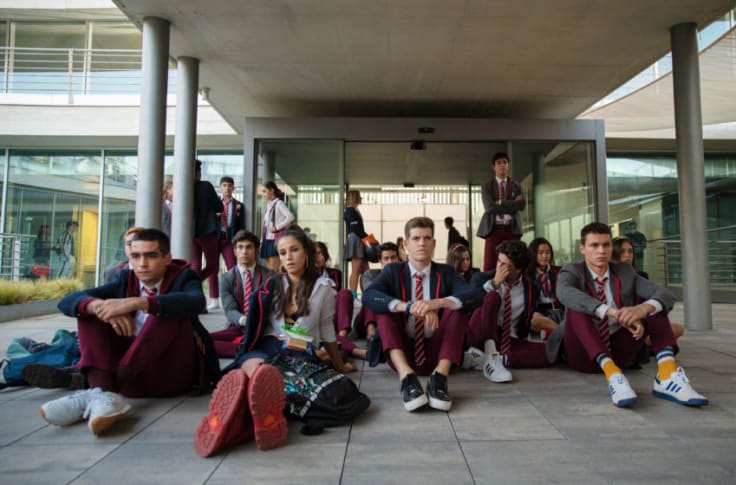 The Spanish teen drama series, Elite, has released the trailer for its upcoming season. It is everything we expected, and now that the new cast is here, the fans are already gasping at the new trailer. New students have joined Las Encinas. Moreover, it’s not only the new students that will fire up the plot. But also new romance, drama, and blasts from the past. Although four of the original cast members have left the show in season 3, a part of their story will be displayed in the new seasons.

The fans are also excited to see how the show will give closure to previous relationships and friendships. So, without waiting any longer, let’s watch the steamy new trailer of Elite season 4. 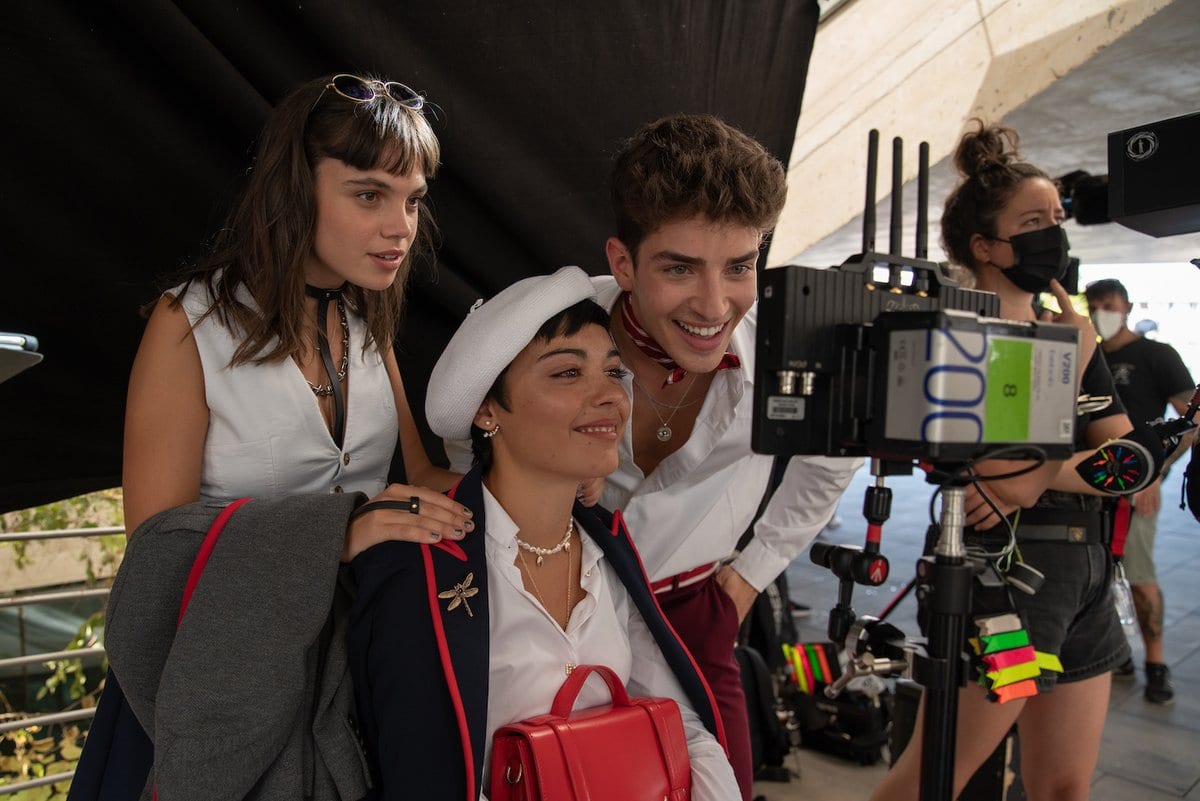 A BTS from the set of elite season 4

The newcomers in Elite are stirring up a lot of drama, and honestly, we are excited to witness all of it. Moreover, their chemistry with the original cast is next level. The trailer gives a glimpse into the life of all the characters, new and old, confusing our minds.

As much as the drama excites the fans, they are also scared to see relationships going downhill. But, everything happens for a reason. And we can already predict that the upcoming installment of Elite will be another hit just like the previous ones.

With the love triangles, fights between best friends, and steamy romances, it’s like nothing has changed at the upper-class school, Las Encinas. Presumably, the new kids know the protocols and have made them at home right when they entered the school. Four new characters have joined the school with Guzman, Samuel, Cayetana, Rebe, Ander, and Omar. Also, the most powerful businessmen of Europe have joined the school as its new director. And he is not happy with the present condition of Las Encinas, as we saw in the video.

But, what is Elite without mystery? “They Have It All, But They Want More,” the trailer says. Throughout the trailer, we find the old kids bonding (or maybe more than that) with the new kids. Until, the camera pinpoints Ander, as he says “They Tainted Everything.” Undoubtedly, we will see the newcomers – Ari, Mencia, Patrick, and Phillippe causing several problems in the school, and they might also mend some broken hearts?

Apart from the original cast, the trailer also gave us a glimpse of Nadia (Mina El Hammani), who left the show with Lu (Danna Paolo) in the season 3 finale. By the trailer, we could see that Nadia and Guzman are on the edge of breaking up. But, their end will not be messy or it will mess up the storyline.

Elite What To Expect From The New Season?

A brief synopsis of the new show is revealed by its production company, Netflix. It tells the new school year has begun at Las Encinas. And it will welcome a new director (Diego Martín): one of the most powerful businessmen in Europe. He wants to change the course of the school as he believes that Las Encinas has been running amok in the past few years. Also, he brings his three children with him (Carla Díaz, Martina Cariddi, and Manu Rios)- three teenagers too used to always get their own way. They have their ways to get what they want and whenever they want it; No matter who falls, and who will break the union and strong friendship. 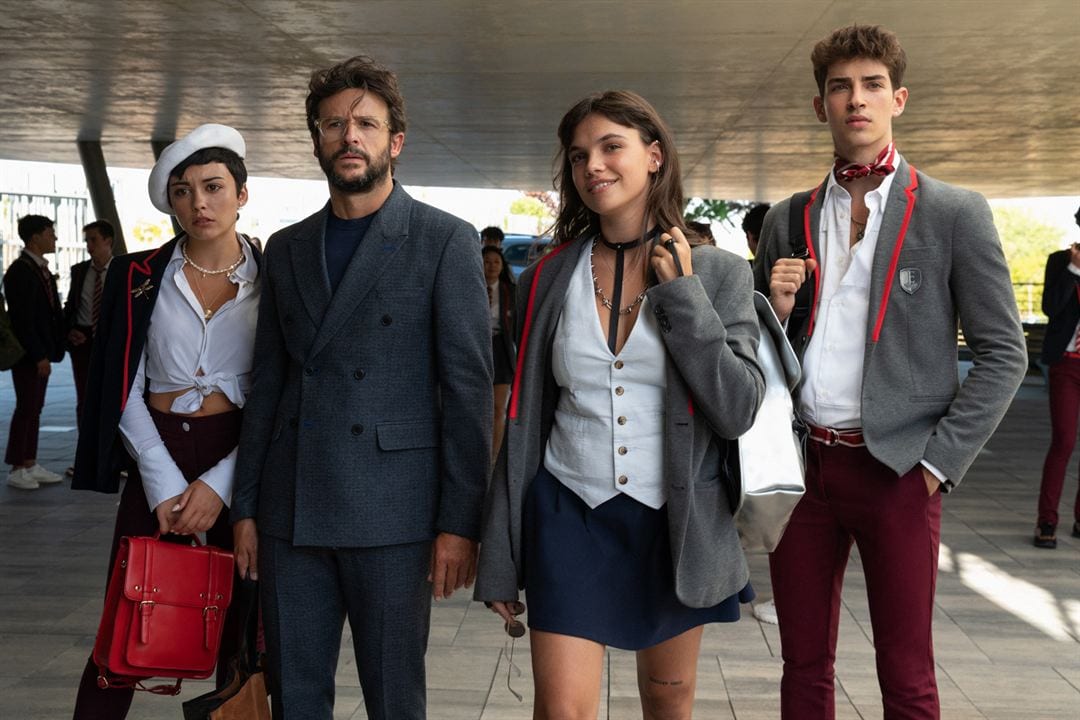 Once again, a battle between the old squad and the new clique will take place. “A clash of sides where the value of friendship, love, loyalty, the discovery of one’s own sexuality, the invincible power of the privileged, and the culture of silence will be tested more than ever.” It reads.
Elite season 4 is releasing on June 18, 2021, only on Netflix. The streamer has also ordered the series for a fifth season which will come out in 2022. The cast for the upcoming season includes tzan Escamilla (Samu), Miguel Bernardeau (Guzmán), Arón Piper (Ander), Omar Shana (Omar), Claudia Salas (Rebeca) and Georgina Amorós (Cayetana). Also, Manu Dios, Pol Granch, Carla Díaz, and Martina Cariddi will all play new students in the show.
Also Read: Who Is KJ Apa Dating? The Riverdale Star’s Personal Life