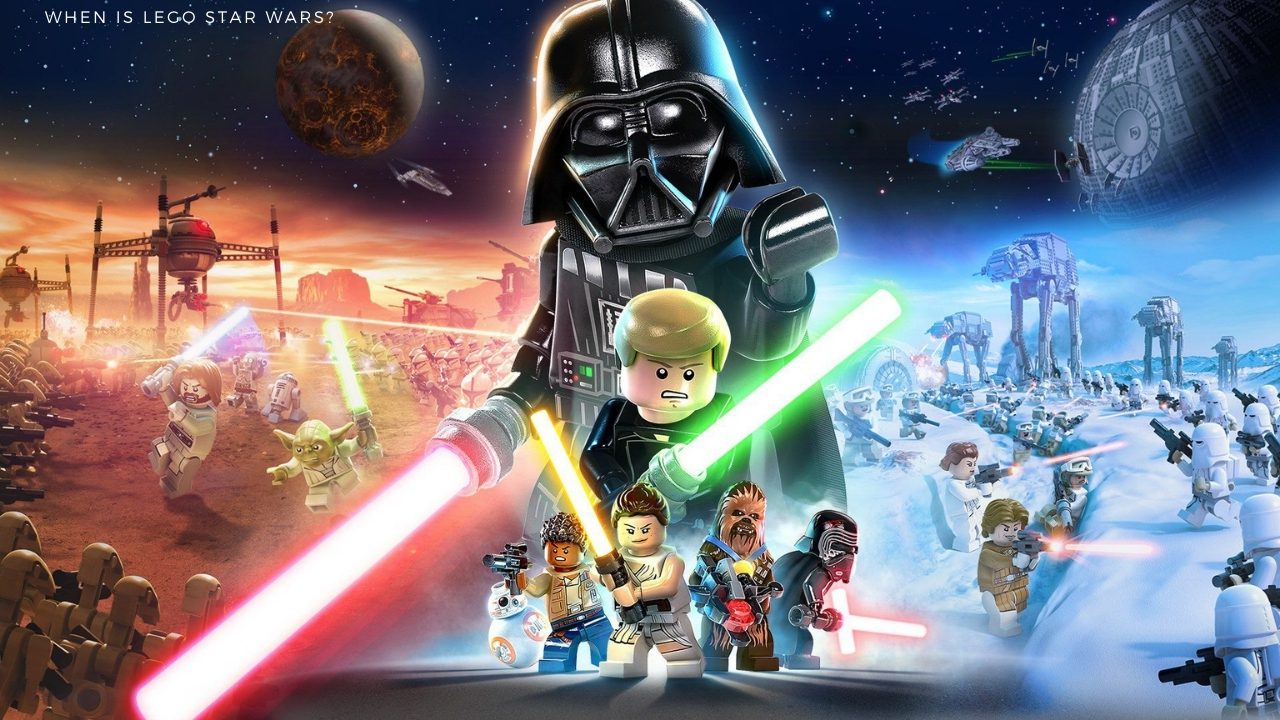 No matter if you are a kid or an adult, Lego is something that everyone loves. Let it be toys, mini-series, or the movie. They are here for you whenever you want. The purpose of their existence is only to make you happy and feel good. And to change our mood again, Lego is collaborating with the ‘Star Wars’ franchise to bring a new movie. Titled “Lego Star Wars: The Skywalker Saga,” is something the fans of both Lego and Star Wars are looking forward to as time passes. Getting the whole galaxy in your hands through a console, Fans just can’t keep their excitement in and wait for the release date.

Published by Warner Bros. Interactive Entertainment, the upcoming Lego-themed action-adventure game is developed by Traveller’s Tales. The video game is going to be the opening of the sixth generation in Lego’s collection of Star War series. The soon-to-be-released video game is also going to be the successor of the first Star Wars game by Lego. Lego Star Wars: The Force Awakens was released back in 2016. And looking at the old collaborations, fans have their expectations set high up to the sky. 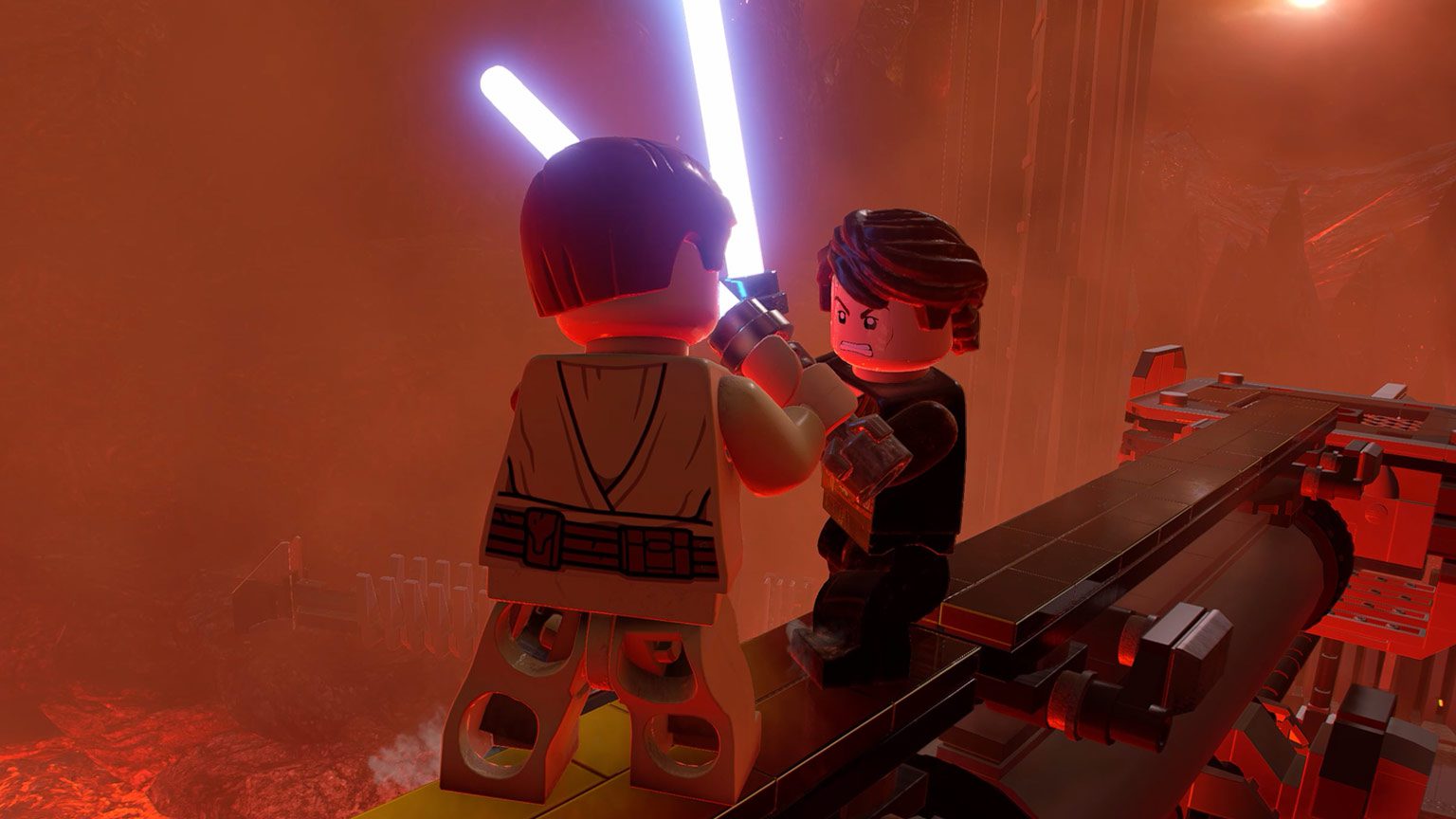 When Is Lego Star Wars: The Skywalker Saga Is Releasing?

Lego Star Wars: The Skywalker Saga is expected to release in Spring 2022. For now, there has been no official date announced for the release of the game. But one thing for sure is that it will come (or it should) come back by 2022 summer as the creators revealed on the Gamescom Opening Night Live that “Lego Star Wars: The Skywalker Saga” come out by Spring 2022. The release date of the video game will fall somewhere around March 2022 to June 2022. The game will be available on the Xbox One and its series X version consoles too. It will also be available on Nintendo Switch, Play Station 4, and Play Station 5. Not forgetting about those who don’t have any consoles, the video game will also be available on Windows and Mac.

The video game was actually supposed to come out in October 2020 but got moved to Spring of 2021. But as the game was still in progress, the team had to delay the release for a year straight. To give fans a look at what they’ve been working on, the creators gave them a look through the trailer at the Gamescom of 2021. Ever since the announcement of the video game, Lego has released a no. of trailers of the age and the gameplay, making the fans want to play the game right now. 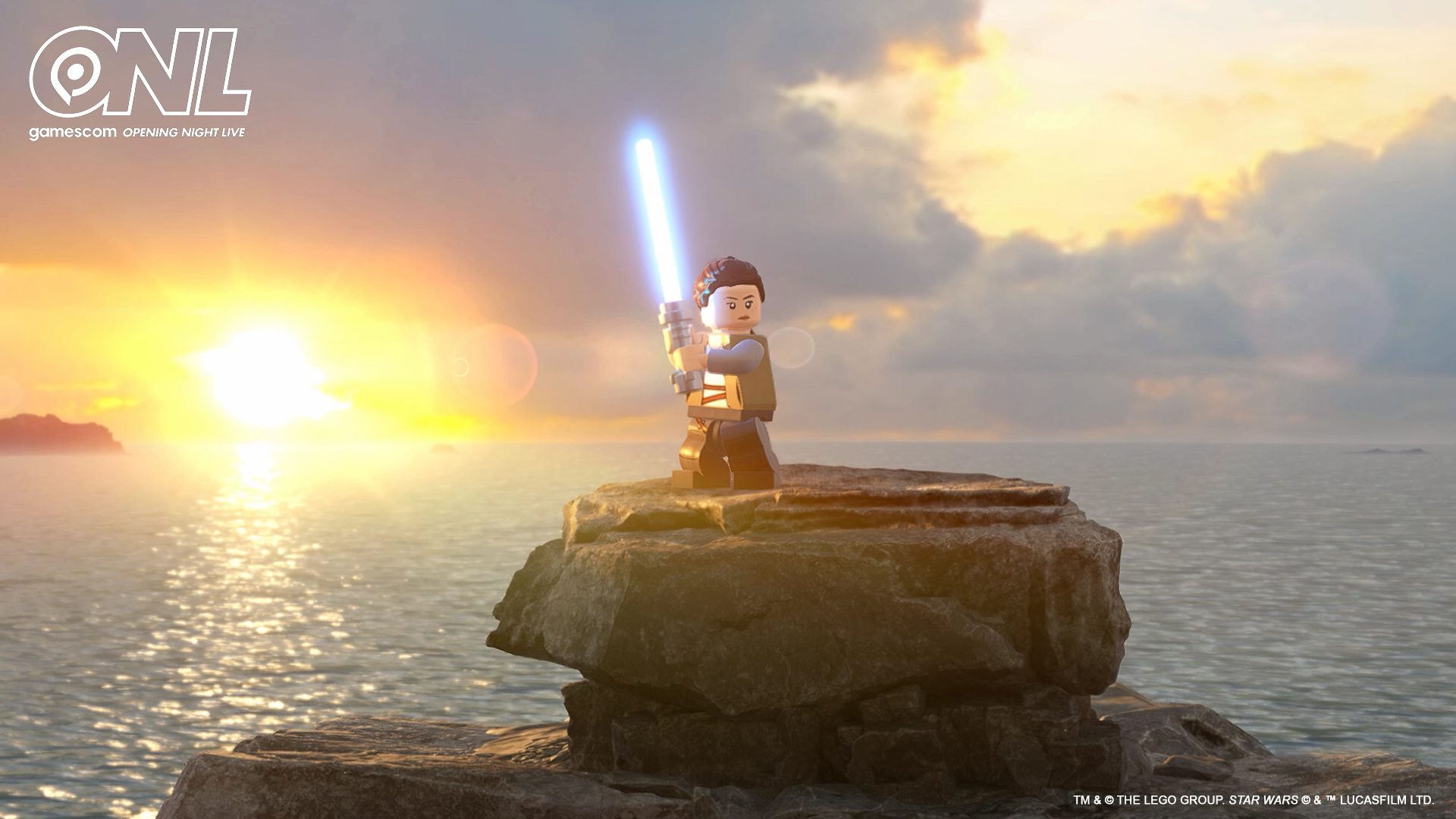 What Happened At The Gamescom 2021?

Happening once a year, Gamescom is a trade fair for video games and a place to gather and attend for video game lovers. It takes place in Koelnmesse in Cologne, North Rhine-Westphalia, Germany. This year it was held on August 25, 2021, and the whole event was telecasted on the internet for the global audience to gather and attend. During the event’s section called the Opening Night Live, the creators released the world premiere of the Lego Star Wars: The Skywalker Saga.

What Is The Gameplay Based On?

The gameplay of “Lego Star Wars: The Skywalker Saga” will be covering up the whole Skywalker Saga. Involving almost every important story from the world of Star Wars, it will be covering all of the trilogies that have been released till now. Till now, there are three trilogies, the Original, the Prequel, and the Sequel. The Original Trilogy includes Star Wars: A New Hope, The Empire Strikes Back, and Return of the Jedi. The Prequel Trilogy includes The Phantom Menace, Attack of the Clones, and Revenge of the Sith. Last but not least, The Sequel Trilogy includes The Force Awakens, The Last Jedi, and The Rise of Skywalker. But that is definitely not it (as Lego is the second name for happiness!!). 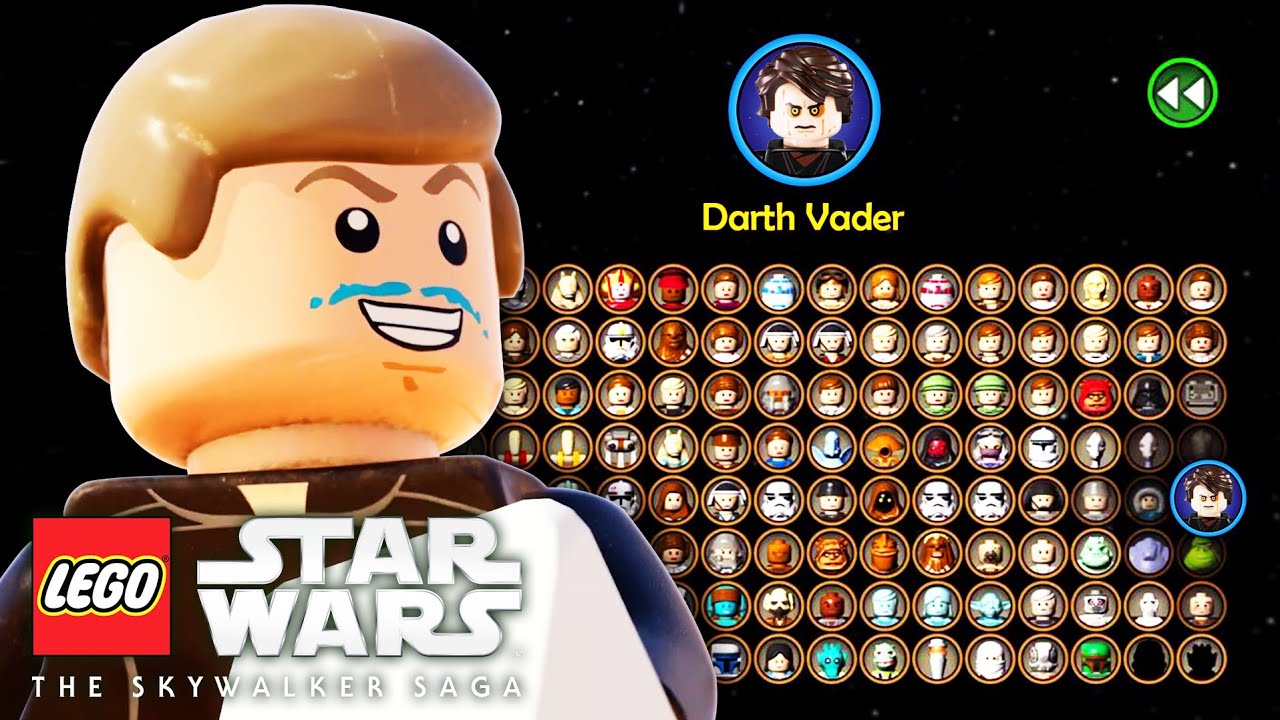 The official page of gameplay mentions that the game will have places such as the desert of Geonosis, the swamps of Dagobah, and the snowfields of Starkiller Base. The game will go on to have a ‘Deluxe Edition’. The Delux Edition of the video game will include a character bundle. The bundle will have six character packs along with a special ‘classic character’. The characters coming from the spin-offs The Mandalorian, Rogue One, Solo, and the animated series Star Wars: The Bad Batch. Players will be able to access hundreds of playable characters from throughout the galaxy and every era of the saga.

How Did The Creators Design The Game?

The gameplay is not just going to touch the surface, but it is going to go deep into the storyline. The video game is going to have a total number of 45 levels. Players will be able to play the game in episode mode, with every episode having five missions in the form of stories. In comparison to the previous Star Wars video games by Lego, the game is going to upgrade in the matter of missions, and the weapons are given to use too. The holy grail weapon of the game is also known as the “Lightsaber,” is becoming a new version of itself. With a mixture of light, the lightsaber will focus on the combo building. The impact of the attacks will get double, as well as the shooting combat moves will be moving to ‘from the shoulder’ view to make it easy for the players to aim.

The Main Aim: A User-Friendly Game!

The aim of the creators is to make the game as much as user-friendly. The Core missions will be filled with adventures and a lot of things left to be explored from outside the given tasks. There are going to be different types of Hubs in the game. The whole world would be filled with secrets to know and find the collectibles to get the special rewards further into the game. Everything will be hidden in different areas and surfaces. It could be the desolate wastes of Tatooine or the forests of Endor. Looking for a secret and dangerous place to look at? It could be at the dark heart of Exegol, where the Emperor holds court. And it is not going to be an easy task to get to know the secrets and collect special gifts. 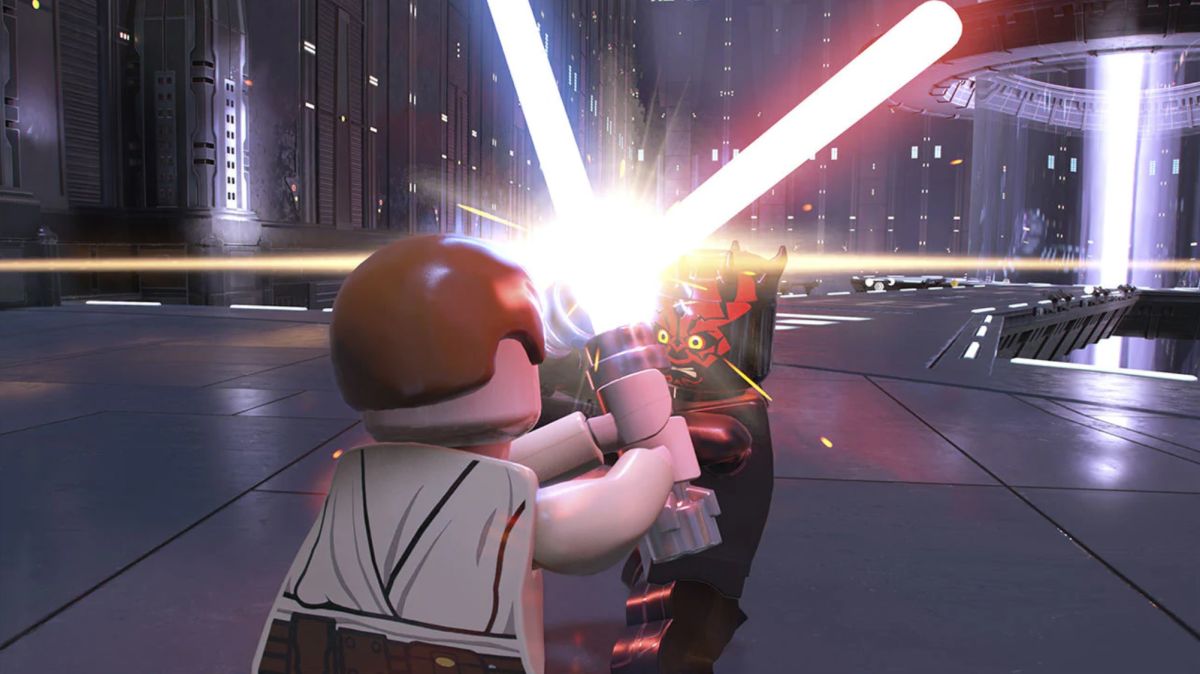 There are going to be random encounters. A goat might attack you, or you could whoosh into the space. Who knows? Anything can happen. As shown in the gameplay, the player will be creating their own fate in the game. From a podracer to an X-Wing, a Snowspeeder to those stupid horse things, it all depended on the players themselves.

As revealed in the world premiere of the video game, the players will be able to optimize the game as they like it. As the nine movies of the Star Wars series will be available to play in the game, there is no compulsion to play and complete one to unlock the other movie. The players will be able to choose whatever movie they want to play as they will be having access to all of the movies right away. So you will be free to roam around whatever world you want to be in and being whatever character you want to be.

Jonathan Smith, who is the head of the production and strategic director at TT Games, talked about the game in an interview. He revealed that while working on a gaming project, their main priority is the ‘freedom of choice’. He said that the team loves the art of storytelling, but the gamers who are playing the game should be able to experiment with new things as soon as they have the idea.