eFootball 2022 Release Date: All About This Game! 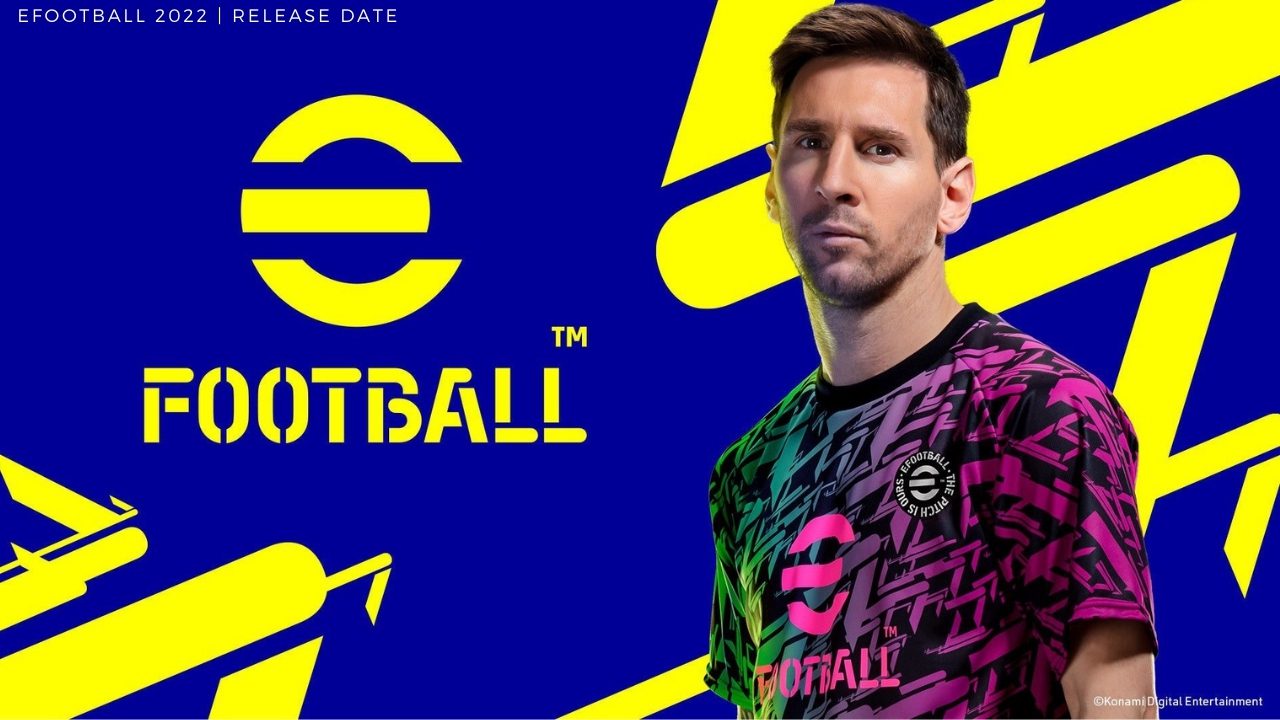 eFootball was previously known as PES 2022. Konami announced that it would rebrand its perennial sports franchise. The new name of the game will be eFootball starting this year.  Additionally, Konami released an eye-catching six-minute trailer. The trailer was released on July 21. The company revealed its new name. Additionally, they discussed its plans for the new title. Also, Konami claims they have developed a one-to-one combat system. They added it is incredibly thrilling and, ultimately, realistic. In addition, they claimed to have gone beyond PES into new virtual realms. To mark this new stage in the company’s history, they have decided to leave their beloved PES brand behind. Due to this, the name was changed to eFootball.

This teaser also showcased interviews with legendary football players. Among them were Lionel Messi, Andreas Iniesta, and Gerard Pique. The developers presented them alongside a sneak peek of the game’s exciting and thrilling gameplay. In addition, it offers a brand new platform for football simulation. The game was developed with Unreal Engine. Moreover, it removed the Fox Engine used in generations past.

Under the new name, the series will become a free-to-play digital game. It will eventually be available for consoles, PCs, and mobile devices. Developers and publishers, however, have acknowledged that the release will be essentially a demo. Konami plans to develop the platform over time. Eventually, the platform will be something very different from anything that we’ve seen before in sports games.

eFottball 2022 does not have a set release date. This generation is embarking on a new adventure in eFootball. This game is going to bring a lot of change to the gaming experience. Gaming fans love it when their favorite games have such thrilling features. Therefore, the players are interested in learning more about this game. Players are eagerly awaiting eFootball 2022 release date. In addition, they want to know everything about this game.

Downloading and playing the base package will be free. The launch will feature local matches featuring FC Barcelona, Juventus, FC Bayern, Manchester United, and many more for free. More information on the other clubs and modes will be announced by Konami later on.

The eFootball series is a series of simulation video games based on association football. It is developed and published by Konami. It has been developed since 1995. Additionally, the eFootball series comprises 18 main installments, as well as a variety of spin-off titles available on different platforms. Critics and commercial success have consistently been achieved by the series. A version of eFootball has also made its way into esports. The open-world championship has been held by Konami. Since 2010, it has been held annually. The eFootball series has long been at odds with the FIFA series from EA. Furthermore, E-football is the second largest association football video game franchise behind FIFA

eFootball 2020 is the 19th installment in the game series. In Japan, it is known as eFootball Winning Eleven 2020. Konami profiled it from the perspective of online gaming. The game also marks its first installment of UEFA Euro 2020. It had initially been scheduled to take place in the same year. But due to the COVID-19 pandemic, it will be postponed to next year. There will be no new edition of eFootball PES 2020 for the 2020–21 season. Instead, a new update titled eFootball PES 2021 Season Update will be released.

Demi Jones’ Boyfriend: Who Is The Model Dating in 2021?