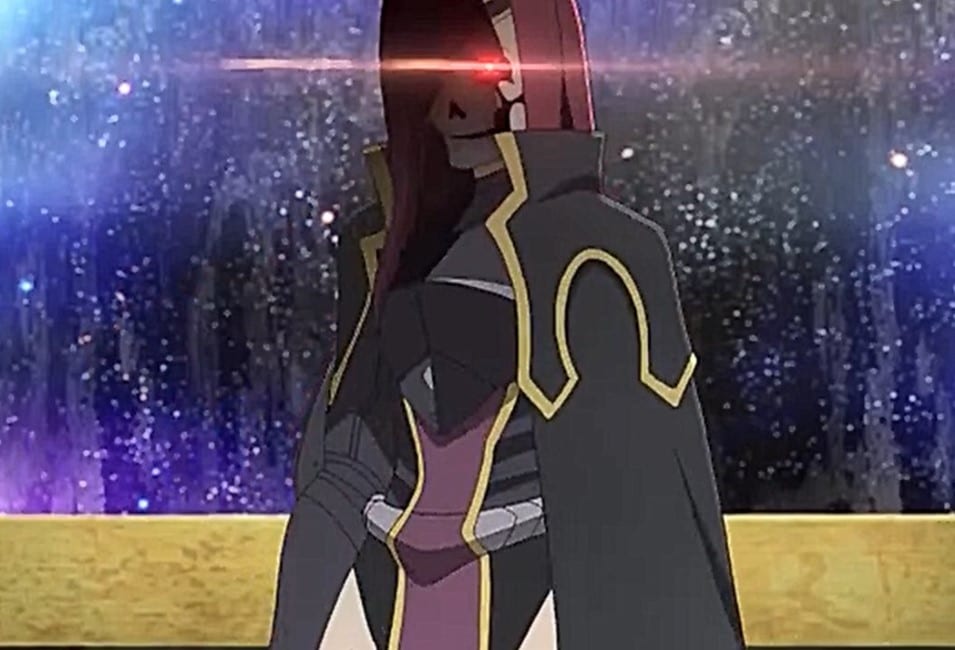 Elsie has captured Shiki and his crew; she told them that she would sell them off at Planet Guilst. Shiki replied that he has an idea and comments that he will plunder this pirate ship. Their ship will belong to Shiki’s crew, and Elsie gives Shiki directions where they can find her. Shiki heads to the second floor after turning left. On his way, Shiki encounters aliens and started riping their limbs apart while commenting that space is fantastic. Shiki arrives on the second floor after defeating the aliens.

He calls Elsie Red Hair, and she turns back and looks at him. Shiki thought that she is a normal human being, but he finds that she is a real skeleton pirate. Elsie reveals that her name is Elsie Crimson. Shiki comments that Elsie is a skull human. Elsie replies that Shiki is the one who inherited the Demon King’s power. Shiki asks Elsie how she knows about him. Elsie asks Shiki to show her that power, and Shiki asks her what she is talking about. She attacks Shiki with a tentacle. The episode is titled Warship of the Demon King.

Shiki realizes that Elsie is a skull octopus human. Elise wraps a tentacle around Shiki’s neck. Shiki counters that, and she draws her tentacle back. He told Elsie that he could see through her moves. Elsie misses, and her tentacles pierce the ground. Shiki unleashes Magimech attack: Gravity. But Elsie counters Shiki’s attack and sends him flying. Shiki realizes that Elsie is too strong. He looks at her eye and saw an image of Demon King Ziggy. Ziggy asks Shiki if it is that all he got, and he recalls the first time he met with Demon King.

That day Shiki trained with Demon King Ziggy, and he got beaten to a pulp. Demon King told Shiki to surpass his limit. Shiki wonders why Ziggy is stronger and realizes that Ziggy possesses the powers of the Demon King. He realizes that the Demon King is the last boss and tried to counter Ziggy. Before Shiki landed a blow, Ziggy uses gravity powers and immobilize Shiki. Shiki comments that Ziggy is not fair by using his gravity against him. Ziggy told Shiki to try and learn that for his use. 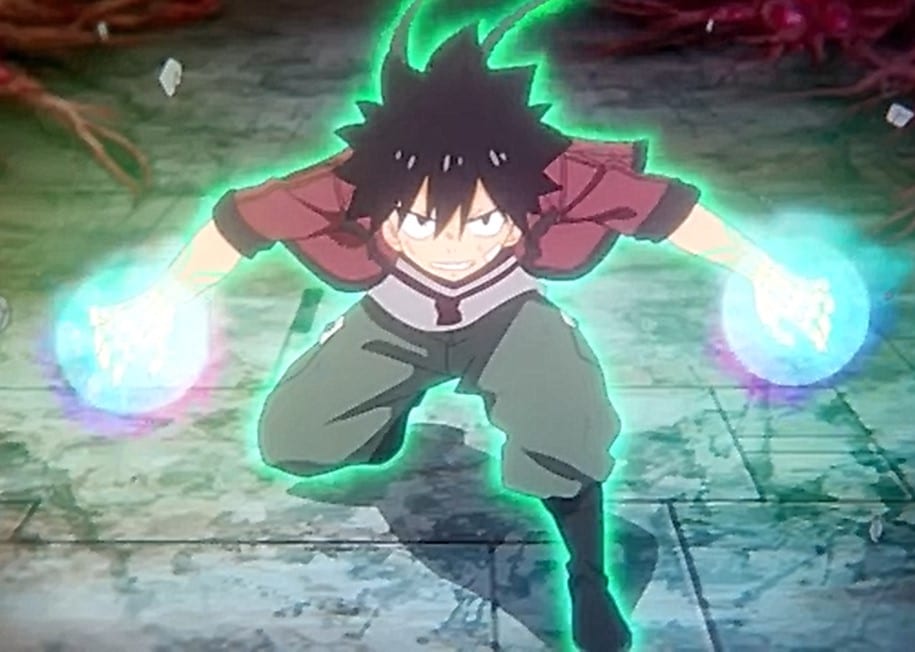 Back to the battle, Shiki attempt to do what Demon King Ziggy taught him. He uses gravity power to smash Elsie. But it was not enough since Elsie is countering all of his blows. Shiki realizes that something is missing, and he has to figure out how to perfect gravity powers. Elsie continues to punish Shiki, who recalls his past for the second time. Young Shiki told Ziggy that he keeps on losing every time he tries and even though he learned the power of gravity.

Ziggy told Shiki that no one master something in one day and the power wouldn’t come to him right away, and he has to wait for the right moment. That day Ziggy told Shiki that he would master everything during the training, and experience will become Shiki’s power. Shiki asks Ziggy that if he trains more, he will surpass Ziggy and become stronger than the Demon King. Demon King Ziggy replies that everything is possible through training. Back to the battle, Shiki landed a heavy blow that sends Elsie backward.

Shiki asks Elsie who she is in this world. Elsie replies that she is someone who has surpassed the Demon King. She asks Shiki to tell her who he is. Shiki took off his coat and commented that he is the Adventure. Elsie asks Shiki about his goal, and he replies that he will meet Mother and be the first person to do that. Elsie replies that outside Sakura Cosmos, there is something beyond Shiki’s imagination. Later after a long battle, Shiki proved to be a worthy opponent, and Elsie told him that she had her due to Ziggy.