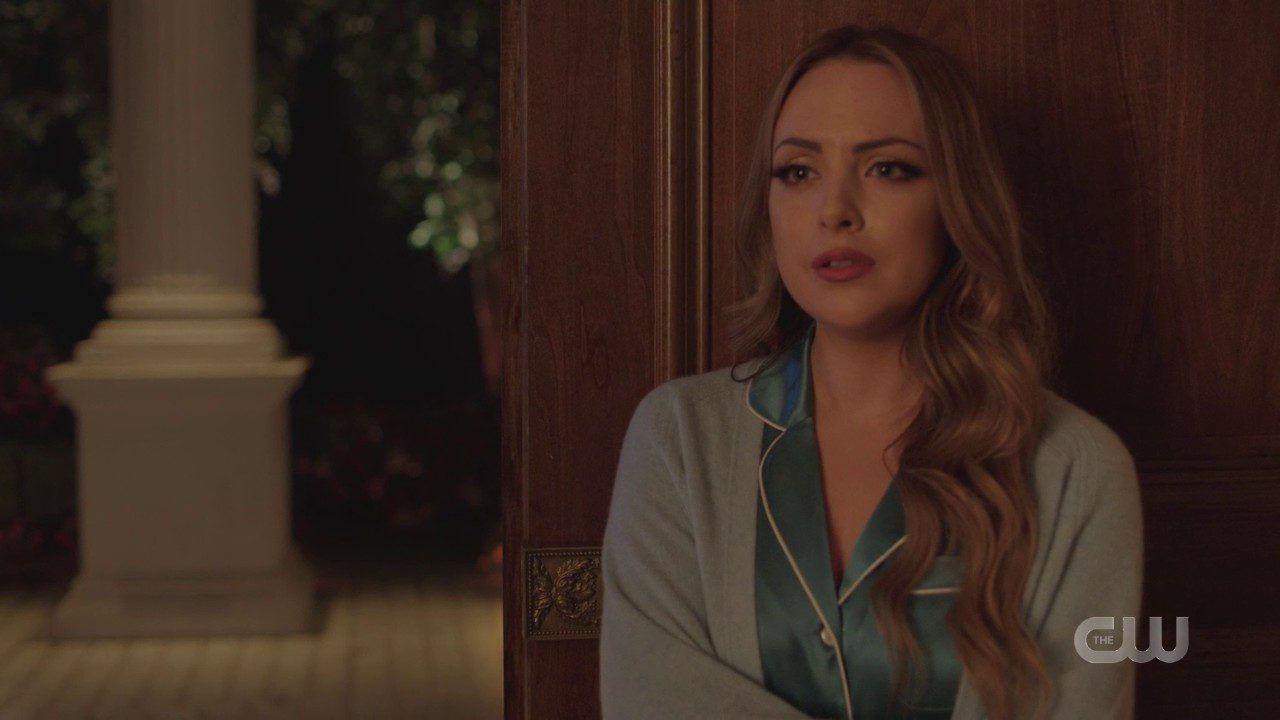 Dynasty Season 4 Episode 20 may see Fallon taking a trip away to the place she is basically a celebrity. Plus joining her are Sam and Kirby. So recently on the show, Fallon hasn’t really been at her best. This trip could be something she needs a lot. There was a huge fallout between her and Liam. They weren’t on the same page when Liam believed she has prioritized work over him. Fallon tried to understand this by taking all advice from Cristal to Amanda and measures from yoga to even drugs. That’s when she got the answer but there was a twist.

So Fallon decided that she will never give up the company but is not necessarily leaving either. She will take a break and work on the rebuilding relationship with Liam. But Liam has his own thoughts to express as well. Apart from Fallon and Liam, a father-daughter relationship was building ahead. Yes, Blake recruited Amanda who is now a Currington to work with him. But he did it only so that he could bond with her. Plus Amanda has ways of her own. So did they get on the same page? Let’s find out.

Previously on Dynasty, we opened up with Fallon realizing the absence of Liam in her life now. She later tries to talk to him but it doesn’t work.  Blake on his side is recruiting Amanda as the legal advisor at PPA. Despite no experience, he feels she will just fit in with her talent. Meanwhile, Cristal is worried that an article connecting Adam to the death of a crime boss. Hearing the same shocks Sam. He asks Cristal to call a family meeting immediately. On this matter, Blake assembles his family to make up a sympathetic story to cover up the whole thing. 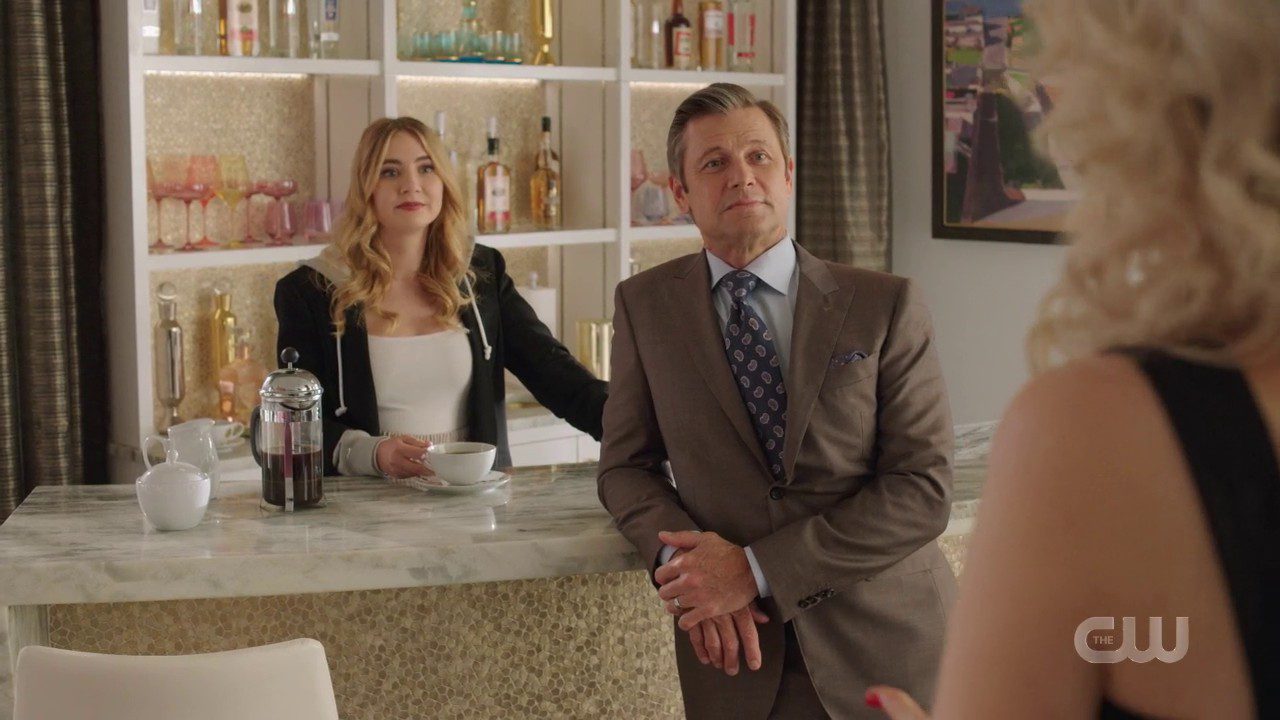 Colby is really proud of the success of her mother. As they celebrate, the party crasher comes in form of Dominique’s ex-husband Brady. Someone Colby doesn’t know about. Amanda starts getting fit into her role at her father’s company and Blake makes sure she is comfortable. Fallon decides to take relationship advice from Cristal. Especially on whether she should choose a company over her husband or not. Robert agrees to help Sam to cover up the media to save Blake’s campaign. Adam on his side has made sure that the staff at the hospital don’t make stories about him.

A weary Amanda approaches Fallon who is trying all the ways to calm her mind. Until Amanda who likes to keep work and fun life separate impresses her. Fallon wants to be like Amanda. But Amanda suggests a few drugs may help her better. The drugs literally take Amanda in some sort of the other world where Anders tells her of an alternate universe. Here, her parents are happily married, Adam and Fallon are in love and Amanda is already working with them. 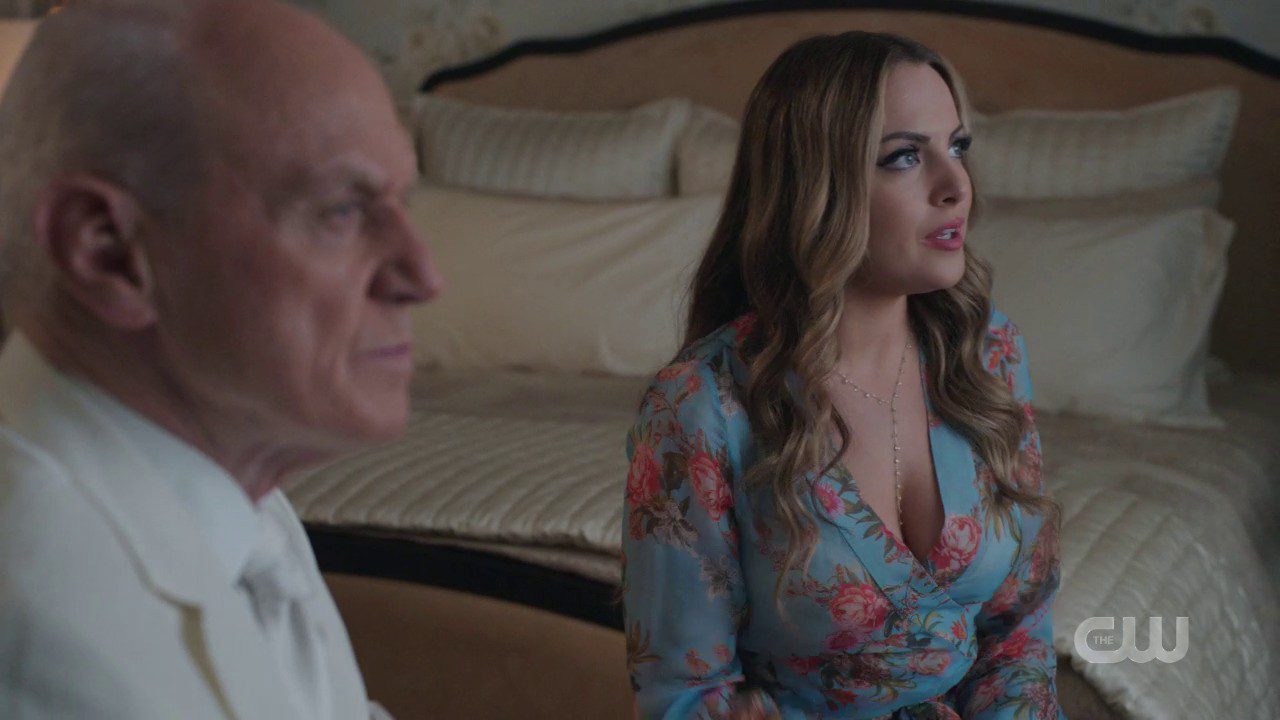 The alternate universe all loves Dovey for Fallon. But it has flaws of its own. Fallon wanted a solution for their relationship with Liam but finds out that in another universe where she is different, Liam falls for her sister. The dream breaks and Blake wakes Fallon and Amanda who are sleeping in a mess. Blake asks Amanda to recheck her work and questions her off time which doesn’t fit well with her.

The episode comes to a close with Robert and Sam failing to convince the reporter about the gangster’s death story. Fallon reconciles with Liam and says she will be away from the company for a while. But instead, Liam believes he is the problem and thinks he needs to stay away. Dominque and Brady lock a kiss while Amanda and Blake come to decide that they don’t need work to bond over.

Dynasty Season 4 Episode 20 is titled, “You Vicious, Miserable Liar”. The official synopsis of the episode says Fallon, Sam, and Kirby are leaving for a trip to Los Angeles while Adam has research to present to his staff. After Dominique met her ex-husband Brady, since then she has been acting weird. This bugs Colby and things go to an extent when he couldn’t find her. Lastly, Amanda and Cristal will have a heart-to-heart conversation with each other.