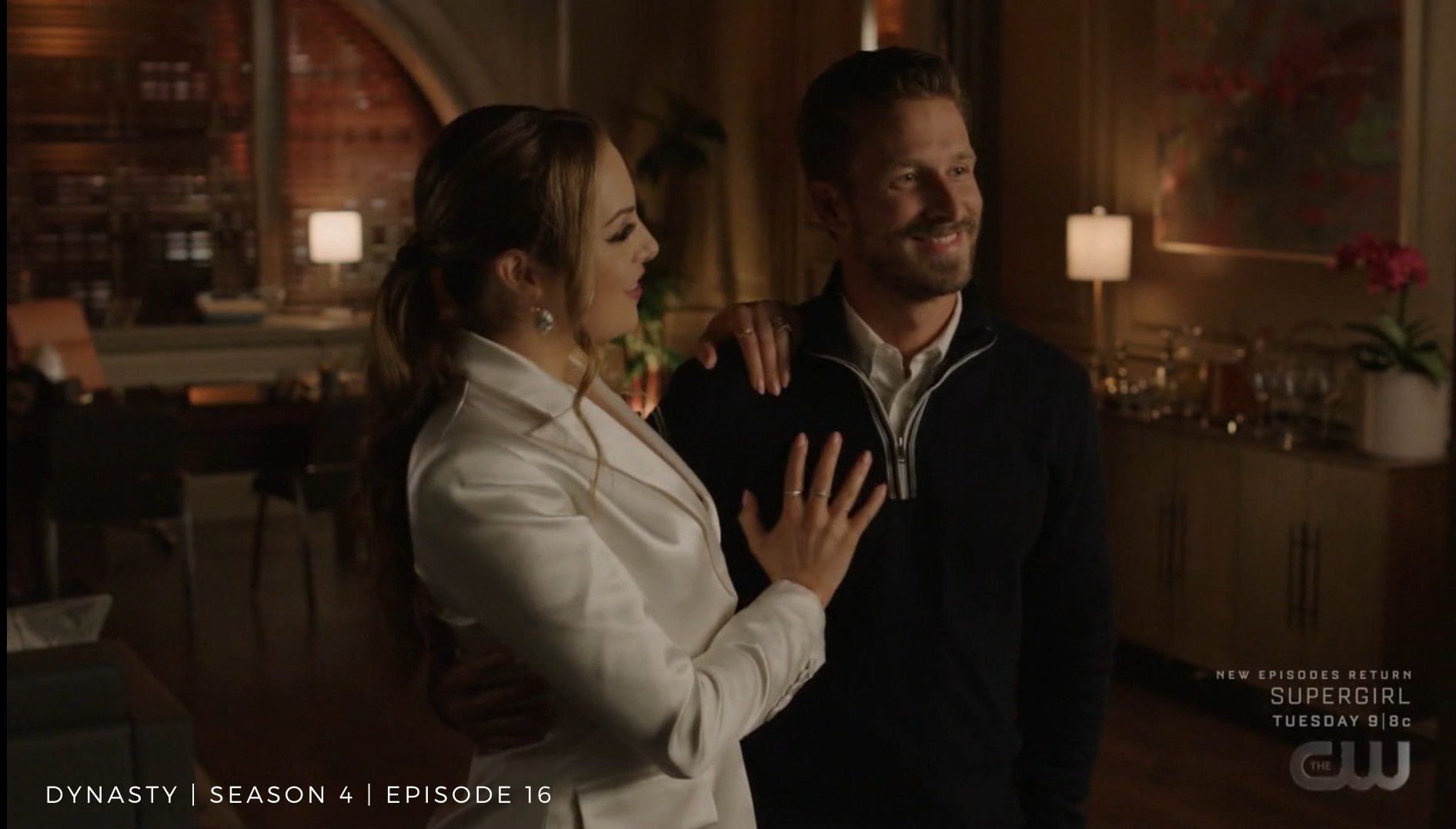 Dynasty Season 4 Episode 16 marks big breaks for the characters. But with those big breaks, some drawbacks are expected. Recently on the show, Fallon had huge confrontations with Alexis, who just came to look for family time. But she felt the ignorance game was played by her daughter, and she decided to level it up too. Both women took blows at each other, and Fallon managed to get the upper hand in the end. They reconciled, but it seems like Alexis has more in store for the next episode, and she comes in disguise for that.

Alexis is not only the one who has a tiff with Fallon moving on. Recently Liam has felt neglected as well, and we wonder what he might be thinking about his relationship with her. Apart from Alexis, we have Blake, who is looking forward to a Senator run. But at the moment looks forward to taking down his competition, knowing he is dirty. But where can he bring the evidence from and prove it is the question. What desperate measures will he take moving? Lastly, we had Cristal. Dominique thought it’s her gowns that are becoming a problem for her to not visit an event coming soon. But we later find out that there is something deeper that has left her to take a backseat. What is it? Let’s find out.

Previously on Dynasty Season 4, we opened up with Fallon’s excitement for her article in New York Times. While Dominique suggests Cristal for a gown for the coming event, Unfortunately, she and Blake have canceled it as Blake is worried about his opposition. Fallon avoids her mother to meet Coco for a meeting about the property which doesn’t fit with her mother. Coco, during the meet, reveals that someone offered her a better offer. Turns out its none other than Fallon’s mother. Meanwhile, a problem arises with Dominique when Cristal rejects her gowns. 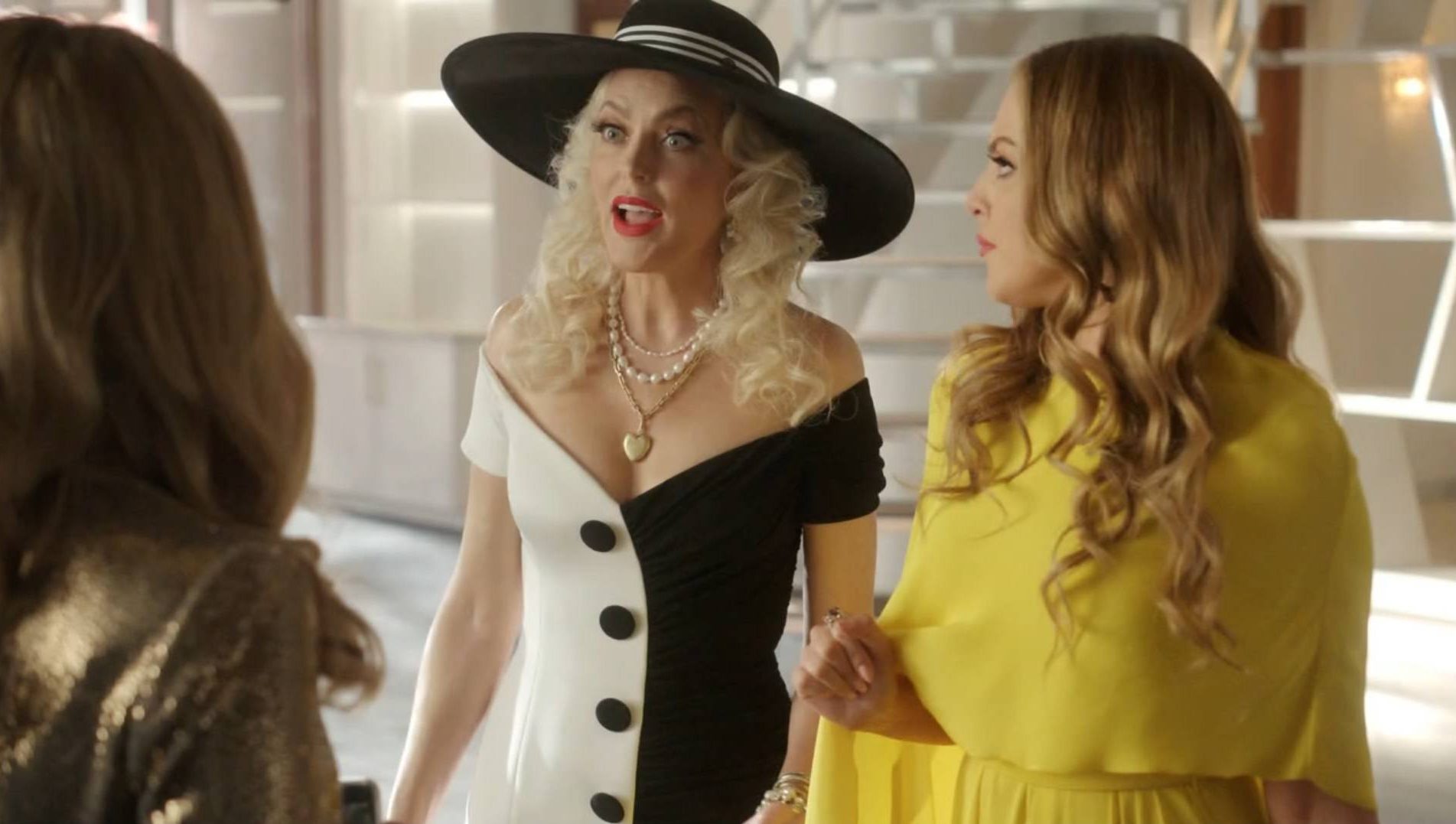 Liam gives hints to Fallon about how she has almost left him out of the article through a copy. Then on another side, Leo moving to the upper suit doesn’t fit well with Sam and Michael, and they electrocute him to stop it. Blake, in a dream sequence with Joseph, takes advice from him about his competition to take him down as long as he knows he is dirty. So he takes it seriously and pays him a visit only to blackmail him. After Fallon sabotaged Alexis’ day, a confrontation sues to lead Fallon to kick Alexis out of the apartment while she dubs her jealousy.

Meanwhile, Sam and Michael took Leo to Adam, and in turn, Adam questions them. Dominique makes the dress issue about herself, but Cristal reveals she is just sick of people feeling pity for her. Henceforth she is not attending any events moving on. Fallon later withdrew her offer for the apartment reconnects with her mother. 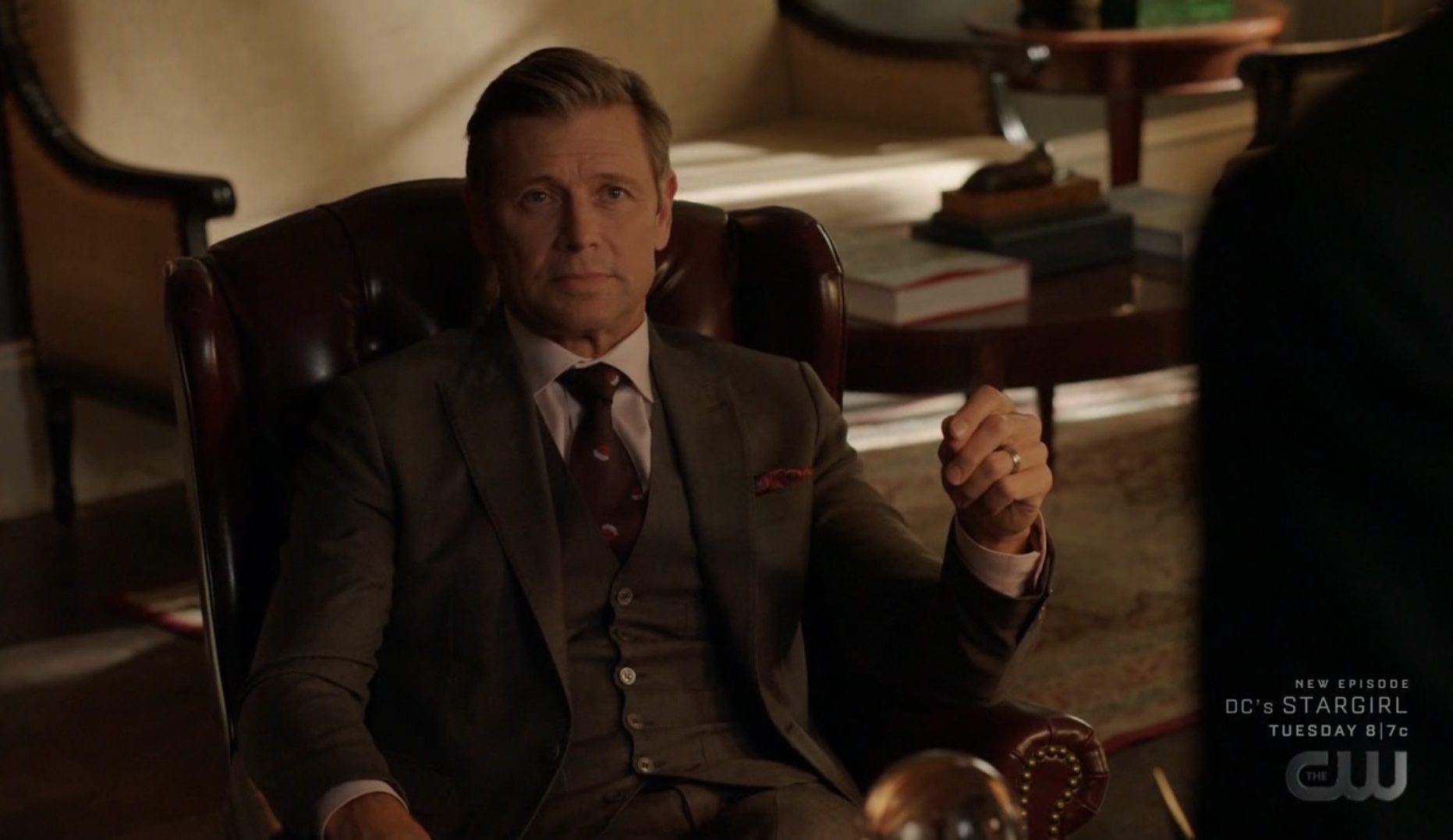 When Leo gets a heart attack, Adam backs out a little and later tells Sam and Michael that he died. Fallon, who completely forgot about Liam’s article, is later confronted by him and his new assistant Eva. Meanwhile, Blake sets out for his Senator Run.

Dynasty Season 4 Episode 16 is titled “The British Are Coming”. The official synopsis of the episode says Blake is hoping to make a life-changing announcement, and we are betting it’s nothing but about the Senator Race. Furthermore, there is a tease that he is going ahead with more than just one way. Apart from that, Fallon is aiming to take lead in the online shopping world, and she is taking help from NeNe Leakes. Alexis has some offers for Adam and Fallon, but no one is sure of her.