Duncanville Season 2: The Story Of A Boy In His Early Teenage Years 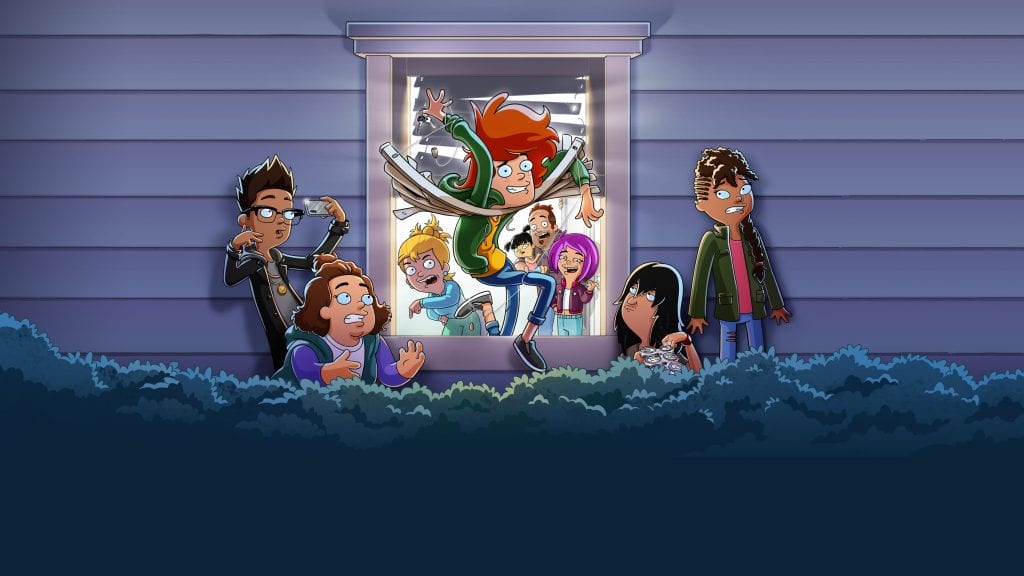 If you’re interested in adult animated sitcoms like “Simpsons”, “BoJack Horseman” and you like keeping up with those, then you must keep the American sitcom, Duncanville on your watch list. The show premiered on February 16, 2020, and the very popular American rapper, singer, and songwriter took part in the voice-over of the show. The show is created by the popular “Simpsons” producers Mike Scully and Julie Thacker Scully and co-created by Amy Poehler. Duncanville was also referred as the modern-day Simpsons by the viewers as the sitcom is also based on a family story. The show got aired on Fox consisting of 11 episodes in the first season. The season received mixed reviews overall and the show makers are all ready to welcome the second installment of the show. The other voice artists include Amy Poehler, Ty Burrell, Riki Lindhome, Zach Cherry, Yassir Lester, Betsy Sodaro, Rashida Jones, and Joy Osmanski.

The story focuses on the life of a 15-year-old boy, Duncan going through the puberty phase and is interested in various activities which a normal teenage boy is most likely to face. He is surrounded by his family members, friends, and crush, and as the story unleashes we get to encounter different awkward, hilarious, and relatable stories of every character. The show contains hilarious adult jokes, but it never crosses its line by adding too much dark humor or vulgarity, which a lot of people might find uncomfortable. The viewers especially if they are teenagers like the main character can relate themselves to the story, and it is definitely a nice, refreshing watch.

Preview Of The Storyline And The Characters Of Duncanville

Amy Poehler voices the character of Duncan who is the main lead of the story. He is currently in the early teenage where he fantasizes about a place where it’s all about himself, his dream world is all about girls, money, cars, and freedom, which is quite a normal thing at his age. However, at the end of the day, it’s all in his imagination and as soon as his reality hits him he realizes that he is broke. His family consists of his mother Annie, also voiced over by Amy is a meter maid who dreams to be a detective, and like other mothers of a teenage son, she worries about his son a lot and is stressed about the fact that he would take some wrong decisions in his life. Jack, his father voiced by Ty Burrell rock-obsessed plumber, and a great dad to his kids. He is supportive of them and works hard on his parenthood to be a better dad.

His sister Kimberly, voiced by Riki Lindhome is in her preteen years and is going through similar problems that kids of those ages often face. She wants to be famous and impress her classmates with her charms, but in reality, she gets bullied by her mates, however, she in return bullies her brother. She has a crush on Duncan’s friend, Wolf voiced by Zach Cherry but he does not reciprocate her feelings as he belongs to a problematic household. Then comes, Yangzi voiced by Yassir Lester who is an active social media influencer and is also considered a trendsetter. Rashida Jones voices over Mia Abar, a short character Duncan has a secret crush on, and they hang out together. Jing voiced over by Joy Osmanski also another short character who is a five-year-old adoptive Asian sister of Duncan and Kimberly.

And last but not the least, Wiz Khalifa voices the character of Mr. Mitch, who is the of Duncan and his classmates, a bit of childish, and embarrasses himself most of the time, but is liked by every student.

Fox Broadcasting Company is one of the most popular American commercial broadcast television networks and airs various famous shows. Duncanville Season one gathered an average of 1.25 million viewers and a 0.45 rating, which is pretty low if compared to other Fox-produced shows. So, the company and showmakers were in doubt whether to bring the second sequel or not. The creators, Mike, Julie Scully, and Amy Poehler have reputed personalities and also Emmy Award and Golden Globe winners. Finally, the makers decided to go for the second season.

Duncanville Season 2 would release on 23rd May, 2021 named Das Banana Boot, and you can stream the episodes on Hulu, Fox, DIRECTV. In the episode, we will see Duncan going on a family trip for the first time, and later he would also find out Mia’s, his crush Instagram handle.

Master Of None Season 3: The Most Awaited Netflix Series Makes A Comeback