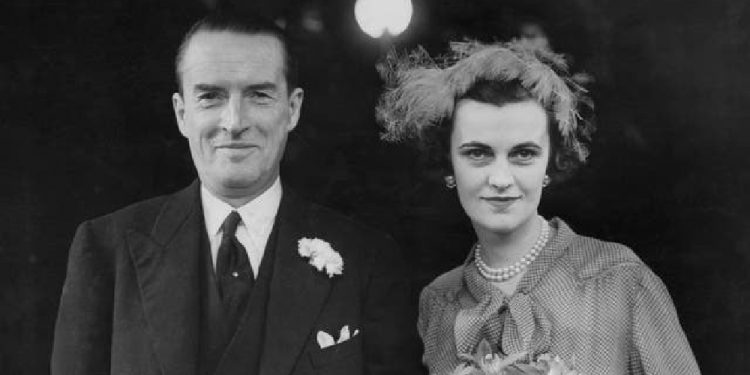 The title of Duke of Argyll was established in the Scottish Peerage in 1701 and the United Kingdom Peerage in 1892. For centuries, the Earls, Marquesses, and Dukes of Argyll were among Scotland’s most powerful noble families. As a result, they had a significant impact on Scottish history throughout the 16th, 17th, and 18th centuries. The Duke of Argyll is also the Chief of Clan Campbell and Master of the Household of Scotland, both of which are hereditary titles. Torquhil Campbell has been Duke of Argyll since 2001, making him the thirteenth person to hold the title. So, what do we know about Duke of Argyll’s divorce?

Born in 1903, Ian Douglas Campbell, 11th Duke of Argyll, was a Scottish peer. He is most known for his tumultuous marriage to Margaret Campbell and subsequent dramatic divorce in 1963. Ian was the son of Douglas Walter Campbell and Aimee Marie Suzanne Lawrence and was born in Paris. He acquired the dukedom from his first cousin once removed, Niall Diarmid Campbell, 10th Duke of Argyll, when he was 46 years old. Now there are many who want to know about Duke of Argyll’s Divorce.

The Duke of Argyll was enraged at Margaret’s multiple relationships during their marriage, despite the fact that their personal bond had terminated years before the divorce. He named 88 persons, including Hollywood artists, two government ministers, and three British royals, as men with whom he felt his wife had an affair during the divorce procedures.

He broke into Margaret’s personal cupboard at their London home to look for evidence of adultery and discovered the infamous Polaroids, as well as letters and other private documents. “There is enough in her own acknowledgments and verifiable facts to indicate that by 1960 she was a thoroughly opportunistic lady whose sexual hunger could only be satiated with a number of men,” Lord Wheatley stated after hearing the evidence in court. She had grown dissatisfied with typical relationships and had begun to engage in nasty sexual activities.”

How many times did the 11th Duke of Argyll get married?

The Duke married four times, the third of which, to Margaret, was his most popular.

He married the Honourable Janet Gladys Aitken, daughter of business tycoon and media baron Lord Beaverbrook, in his first marriage. They had one daughter after marrying on December 12, 1927. In 1934, Ian and Janet divorced.

Louise Hollingsworth Morris Vanneck, the proud daughter of American artist Henry Clews, was the Duke’s second wife. They had two sons together, and they raised them alongside Campbell’s first wife’s daughter. After learning that her husband was having an affair with Margaret Whingham, who would subsequently become his third wife, Louise filed for divorce in 1951.

In 1951, Margaret Whigham became the Duke’s third wife. She was a British socialite who lived a lavish lifestyle and was the daughter of Scottish businessman George Hay Whigham. She had a run of high-profile affairs with Cabinet members, movie stars, and royals during their marriage. After the Duke created a list of 88 individuals with whom he believed she had an affair, their divorce became widely publicized. During their marriage, he also discovered explicit images of Margaret indulging in sexual acts with other men. In 1963, they ultimately divorced.

Ian Campbell married Mathilda Coster Mortimer for the fourth and final time on June 15, 1963. Mathilda was the granddaughter of William B. Coster, a New York financier. In 1969, the pair relocated to France, where they remained until the Duke’s death in 1973.

Who were the children of the Duke of Argyll?

Three of the Duke’s marriages resulted in four children.

Lady Jeanne Louise Campbell was the Duke’s first daughter from his marriage to Janet Gladys Aitken. She was a British socialite and foreign reporter in New York City in the 1950s and 1960s, where she wrote for the Evening Standard. Lady Jeanne married twice and had numerous affairs, including with Fidel Castro, John F. Kennedy, Randolph Churchill, Prime Minister Winston Churchill’s son, and Ian Fleming.

The Duke’s first son, Ian Campbell, became the 12th Duke of Argyll after inheriting the dukedom from his father. He was born in 1937 as a result of the Duke’s second marriage to Louise Vanneck. Ian was reported to be one of Britain’s wealthiest men, with a fortune of £87 million. He learned seven foreign languages, which he utilized in his business.

The Duke’s second son, also from his second marriage to Louise Vanneck, was Lord Colin Ivar Campbell. After only five days of knowing Georgia Arianna Ziadie, Lady Colin Campbell married her on March 23, 1974. A year later, in 1975, the couple split.

The Duke’s second daughter, Lady Elspeth Campbell, was born of his last marriage to Mathilda. Although she was born in 1967, she barely lived for five days.

Also Read: Are Ozzy And Amanda Still Together? All About Their Relationship