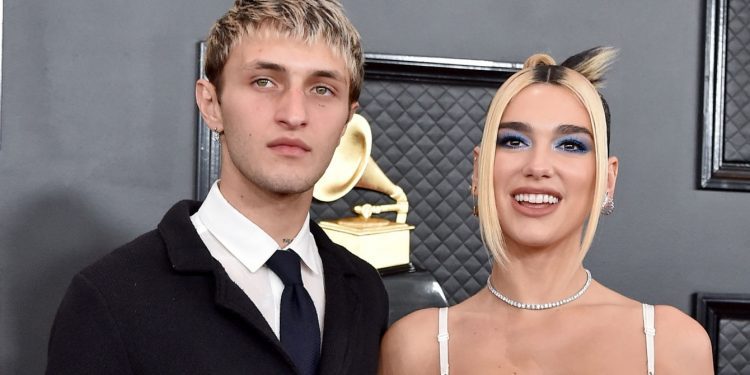 Is the news about Dua Lipa Anwar Hadid Breakup true? Well, Dua Lipa and Anwar Hadid fans may never have expected this, but sadly it happened. The news of Dua Lipa and Anwar Hadid breaking up is booming on the internet, and everyone is shocked to hear it. The two recently announced their separation, and everyone was shocked. Dua Lipa met Anwar Hadid, brother of Gigi and Bella Hadid. Until the couple started dating in mid-2019, the couple had never been apart for more than two weeks. They usually hang out at one of Hadid’s farmhouses. In an interview, Dua Lipa said that she usually wakes up, does exercise, and usually goes for walks and plays with animals at night. She also said that she liked it when Anwar posted her ugly photos.

Dua Lipa usually asks Anwar’s opinion on her photos and then posts the ones he likes. Though, this is the opposite of Anwar. Anwar occasionally posts photos of Dua Lipa or those he finds close to him. The couple really grew up together; even during the time of the pandemic, they spent more time together. Even though they have been in a relationship for two years, not many people know about their relationship because they keep their relationship away from the media. People found out about this recently when Dua Lipa started sharing information about their relationship and posting photos on social media.

She said that she is currently in a happy phase and is enjoying the company she has with him. Even though everything is going perfectly, trouble in heaven seems to have just begun for Dua Lipa and Anwar Hadid, as the news of their breakup is swirling all over.

Have Dua Lipa and Anwar Hadid Broken up? Everything seemed perfect between the couple just a few days before. But, recently, the news of their breakup has been swirling around the internet. News of their breakup could stem from the fact that Dua Lipa recently published a photo in which she is seen dressed all in pink, and this makes everyone wonder when there is no like from Anwar Hadid. But before the rumor, they were usually the first to like the photo of each other.

While Anwar Hadid had also recently uploaded a photo on his Instagram and it seems he doesn’t get like from Dua Lipa even after a few days. Therefore, it is believed that the couple actually split in November, and it seems that they are currently focused on their lives and not bothering about each other at all. This evidence is enough to conclude that something is wrong. And, enough assumptions can be made in today’s world when couples no longer like their photos. However, neither Dua nor Hadid officially confirmed the split.

Also Read: Saffron and Tyler Breakup: The Relationship Status Of The Youtuber

Who Is Dua Lipa?

Dua Lipa is an English songwriter, singer, and former model who has established herself as one of the leading contemporary artists with the release of her self-titled debut album. She is one of the front runners to record songs for the James Bond films. On August 22, 1995, Dua Lipa was born in London, England, to parents Dukagjin Lipa and his wife, Anesa Lipa. She was influenced by her father, a singer, although she was not pressured to become a singer. After a negative experience in high school, she went part-time to the prestigious Sylvia Young Theater School, where teachers put her with older students to boost her confidence.

She started covering songs of her favorite artists on YouTube at the age of 14, and at the age of 15, she convinced her parents to allow her to return to London to pursue a music career. The singer Dua Lipa was previously in a relationship with Isaac Carew. The couple has been in a regular relationship since 2013. They finally separated in 2019. Between her split with Isaac, Dua had also dated LANY’s lead singer Paul Klein. Shortly thereafter, the couple ended their relationship. After these two relationships, Dua dated Anwar.

Who Is Anwar Hadid?

Anwar Hadid is an American model and television personality. Following the footsteps of his older sisters Gigi and Bella Hadid, Anwar made his modeling debut in 2015. He has more than 4.1 million followers on Instagram. He is the youngest heartthrob in his family and has women all over the world hovering over his charismatic personality. Anwar appeared on the cover of Teen Vogue and was ready to start a career in the entertainment industry.

In his life before dating Dua Lipa, he had dated American actress Nicola Peltz, who has reportedly dated pop singer Justin Bieber. Anwar also dated Kendall Jenner in 2018. And, currently, Anwar has been dating British singer and songwriter Dua Lipa since 2019. He is a sports fan and would opt for swimming, surfing, and football any time. During breaks, he prefers to watch basketball on TV and is a fan of the Lakers.