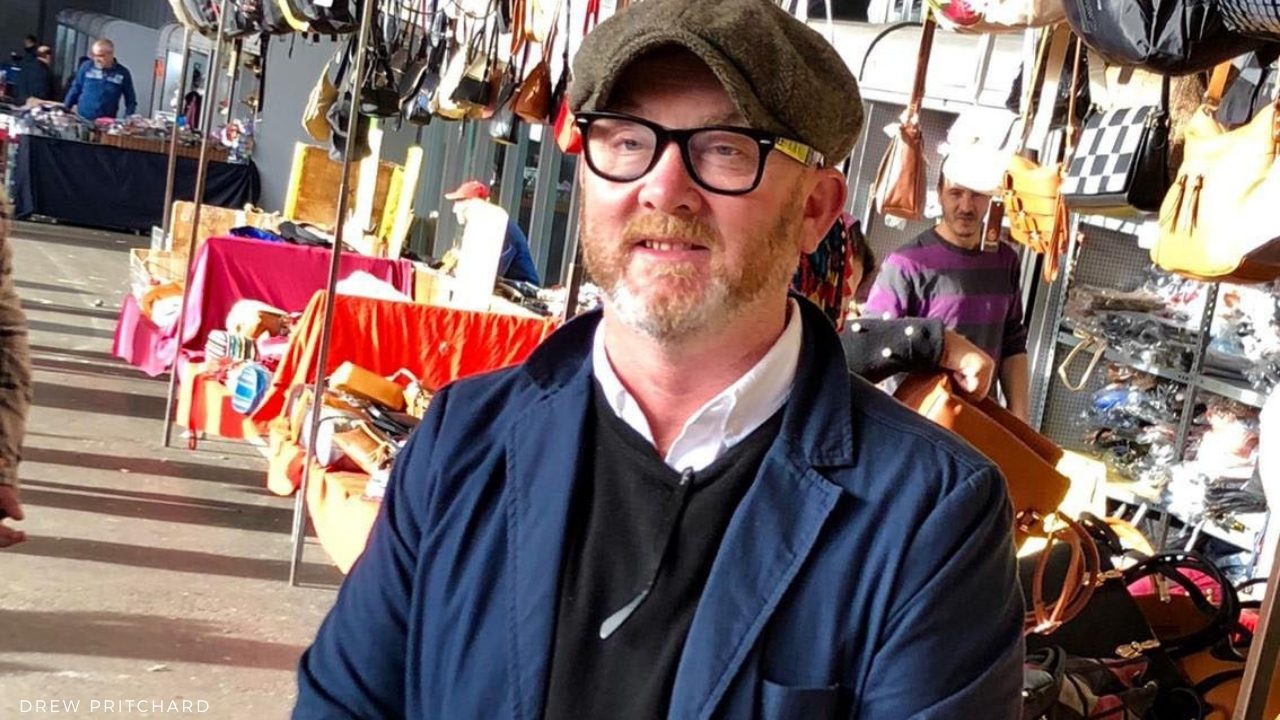 RDrew Pritchard is an actor, antique dealer, and salvage hunter who became famous in 2011 after starring in Salvage Hunters, which was first aired on the channel Quest and then later also aired on the discovery channel. The show is watched and enjoyed by people in more than 30 countries. It is now also streaming on Amazon Prime.

Drew Pritchard is a Welsh architectural antique dealer from the United Kingdom. Drew has an estimated net worth of 8 million USD. This revenue comes from his career, business, and shops. He has been an antiques dealer and restorer for the last 29 years. He is passionate about his career as an antique dealer, which can be seen in his work. Drew Pritchard’s Twitter handle has more than 100 followers and 50 posts. He shares about his antique restoration, and his followers love him.

Drew Pritchard appears to be super popular on Instagram and has a following of 122k. He keeps his account very active and has more than 2000 posts. Most of his posts include those of antiques and classic furniture and sometimes feature him alongside the antiques, posing for the picture.

Salvage hunters have been running for the last ten years and have a total of 15 seasons. The show revolves around Drew Pritchard and Ralph Ineson as they collect old and rickety items and restore them into usable pieces that never looked like they had been thrown in the first place. The show has an IMDb rating of 7.9/10 which totally does justice to the show. It is fun, entertaining, and educational all at the same time. The Salvage Hunters franchise started another show called Hunters: Best Buys in 2016 and has been running ever since. The franchise released two more television shows in 2018 that are Hunters: Classic Cars and Hunters: The Restorers.

Also Read : How To Use Cullen Filter on TikTok? Full Guide

Drew Pritchard is 51 years old. He was born on 24 June 1970 in Conwy, Clwyd, Wales. Drew Prichard was married to his co-star on ‘Salvage Hunters’, Rebecca Pritchard.

Rebecca Jane Pritchard is a British Antique expert, Property Developer, and restorer. She was born in the United Kingdom in 1958 and is 62 years old. She has a net worth of 2.5 million USD. Rebecca first met Drew Pritchard while she was working as a property developer. However, they both decided to go their separate ways. Their marriage didn’t last long, and they got divorced in 2017. Rebecca is silently active on Twitter and has a following of 4.5k

According to several sources, In 2017, Drew got into a fight with Janus Thomas at a bar over the fact that the former was having an affair with the latter’s wife. Amanda and Drew often met because of the fact that their teenage sons were close friends, which is how the affair began. Janus Thomas confronted Drew about the affair with his wife, Amanda Thomas, and, in a fit of rage, punched Drew Pritchard in a pub beer garden. Drew took Janus Thomas to court, where the verdict was that Thomas had committed assault and threatening behavior and was fined £1,440. He was also ordered to pay Mr. Pritchard £100 compensation, plus a victim surcharge of £96 and court costs of £85.

Drew Pritchard has a son and a daughter, but Drew prefers not to share any of their details on social media. Nothing much is known about his children except the fact that he has two of them. He shared a picture of his son with his dog Enzo on Instagram. His son was sitting in the passenger seat in a car while the dog was on his lap, looking outside the opened car window. He added a caption that read: “Son and Enzo enjoyed the weather and the 911 #myloves”

There is no information about his daughter Grace as she has managed to stay away from public attention.

How Long Can A TikTok Video Be, Is There A Limit?