American director, Woody Allen, has given the Hollywood industry some of the best movies. Ever since his career started, the 85-year-old director made sure to do the best. Moreover, many stars wish to get cast in his films. But, it’s no surprise that Allen’s personal life is not so good compared to his professional life. The director has always been in the news for his affairs and more controversies. And another one has emerged recently. 5o First Dates actress Drew Barrymore opened up about her time with Woody Allen. She also made some serious remarks on working with the director and actor. It is not the first time when someone had made vocal comments on Woody Allen. Now, Drew Barrymore had joined the list too.

During her talk show The Drew Barrymore show, the actress and host revealed how it felt working with the conflicted director. Barrymore has previously worked in the 1996 Woody Allen’s film Everyone Says I Love You. The acclaimed director also played a role in the movie. After almost 25 years of the premiere, the actress is opening about her experience working with the director.

This week the star guest on The Drew Barrymore show was Dylan Farrow. Farrow is the daughter of Woody Allen and his ex-partner, Mia Farrow.

The 46-year-old actress invited Dylan Farrow to her talk show and admitted that she regrets working with such an established actor. The viewers were shocked to hear her comment, but the actress had pretty strong reasons to claim such a thing. Besides Drew Barrymore opening about her memories, Dylan also talked about his past relationship with Allen. 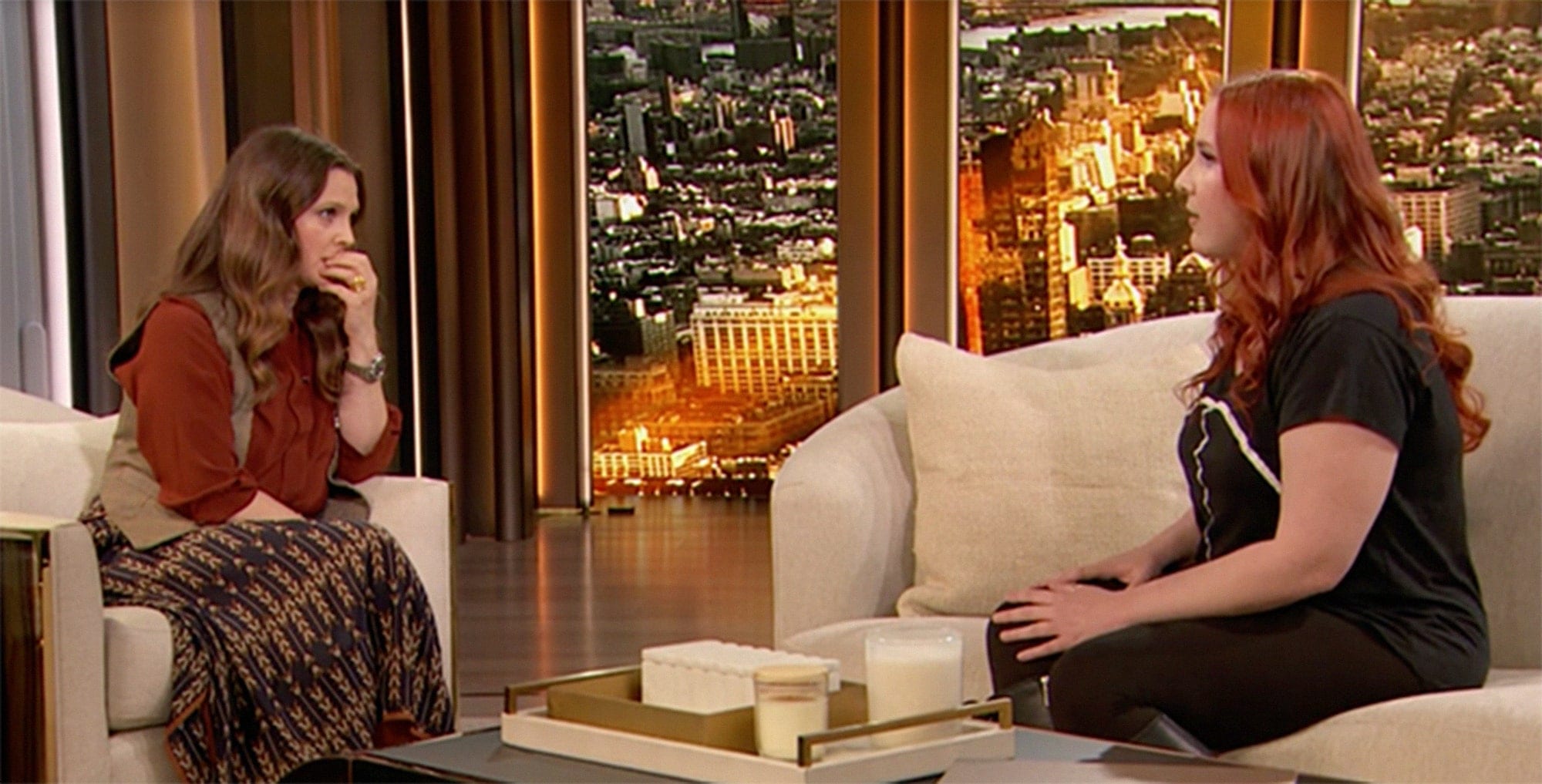 Barrymore said that she would like to explain herself because this is not entirely about her but instead about being honest. “I worked with Woody Allen, I did a film with him in 1996 called Everyone Says I Love You, and there was no higher career calling card than to work with Woody Allen. And then I had children.” The actress said. She further continued and said that she changed after that.  Because she realized that she was one of the people who was a victim of being”gaslit” as she could not look at a narrative beyond what she was told. Also, now the actress sees that happening in the industry now.

While conversing with Dylan, more issues related to the problem were a topic of discussion. The two also talked about the docuseries based on Dylan’s life with her adopted father when she was a child.

Dylan Farrow Talks About her Childhood

While sitting on the couch beside Barrymore, Dylan and the host also discussed releasing a four-part docuseries, which put a highlight on the sexual abuse Dylan suffered as a child. Last year, HBO released the limited docuseries, Allen v. Farrow. It was directed by Amy Ziering and Kirby Dick. The reality check gave the people an insight into the never-before-seen home video footage of Allen and his family. The clips showcase the sexual incidents that took place between the seven-year-old Dylan and Allen back in the time and how the family went past through it.

It also covered the fallout of Mia Farrow and Woody Allen and how the former took custody of her three kids after separating from Allen in 1992.

After listening to Barrymore’s confession, Dylan got a little emotional and said that it was righteous for e to call him a jerk and a monster. But, she is really grateful that she opened up to her. And for thinking that her story was worth telling people. 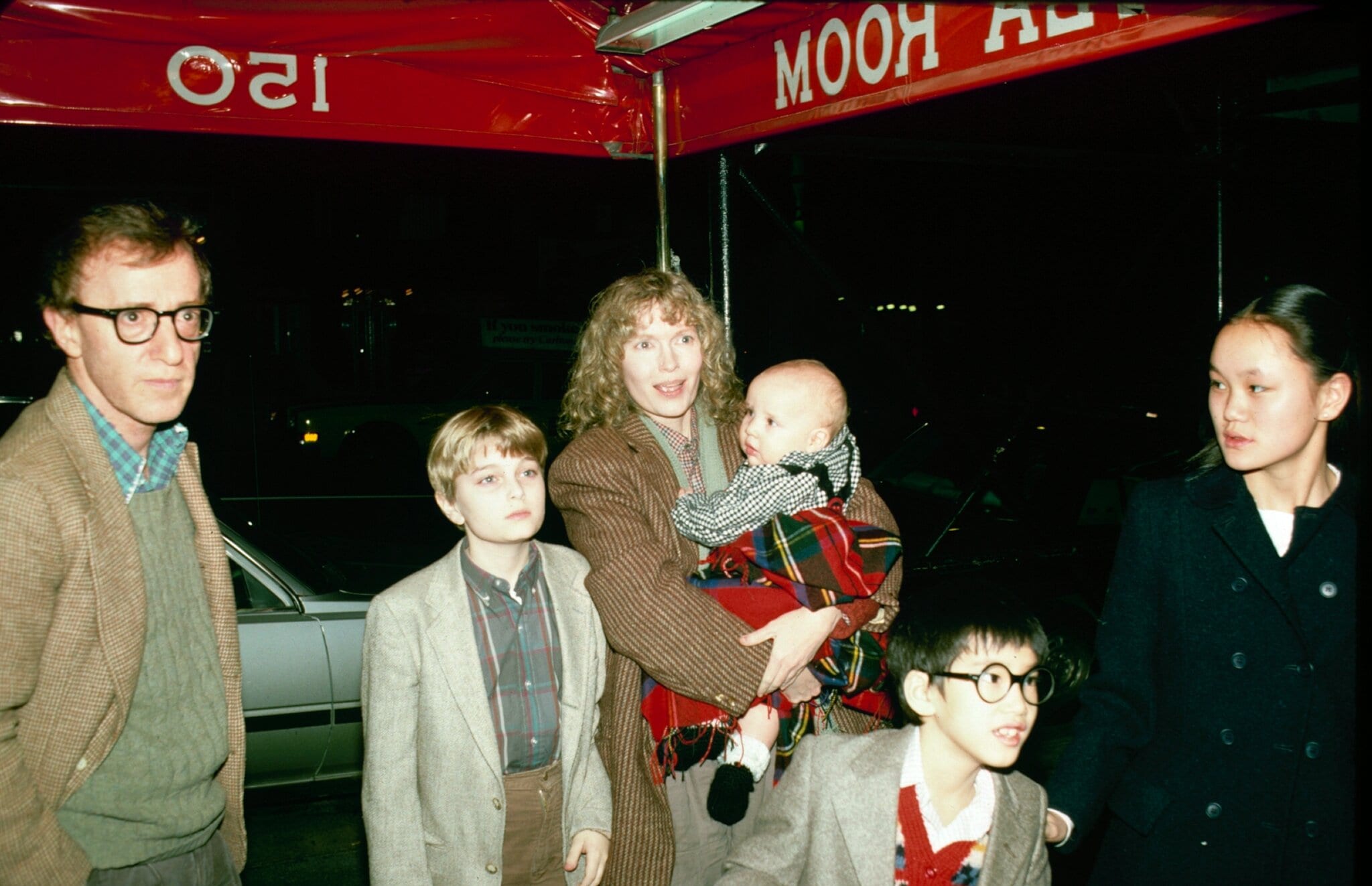 Woody Allen and Mia Farrow with thier kids circa1990

Meanwhile, Allen has a different story. He has denied all the allegations he was charged with. What surprised the fans the most is when he announced his relationship with his to-be “adoptive daughter,” Soon Yi Previn in 1991. She is now his wife. Yi-Previn was adopted by Mia Farrow while she was in a relationship with Allen. But, because Allen never married Mia and neither he adopted Yi-Previn, hence, their relationship is legal.

Dylan Farrow was at the show to celebrate and talk about the launch of his new novel, HUSH. You can watch the complete interview here.