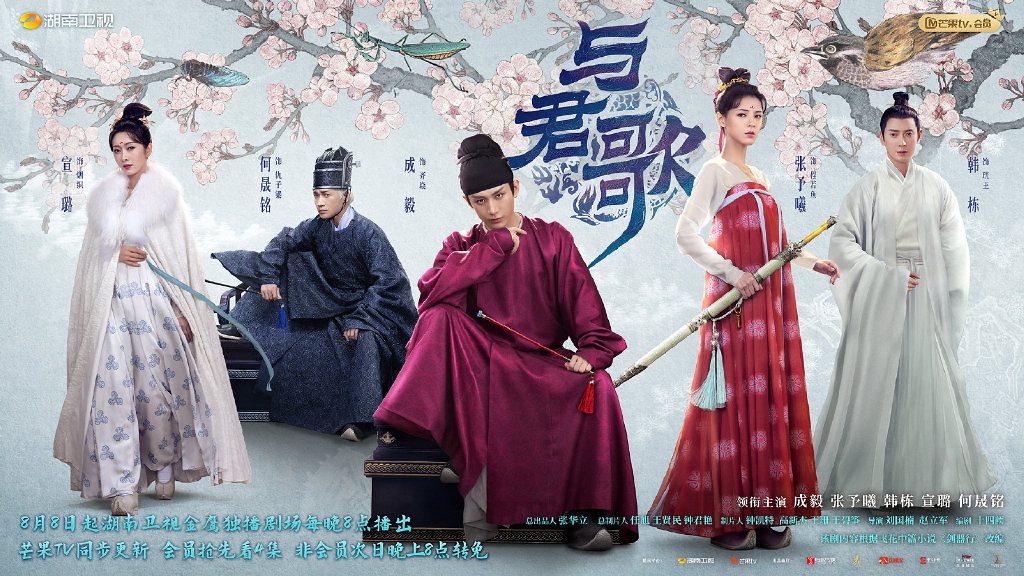 Dream of Chang’an (2021), also known as Stand by Me, is an ongoing Chinese drama broadcasting on Mango TV. In this article, we will cover Dream of Chang’an (2021) Episode 45 release date. The c-drama is set in Xing Dynasty follows a story of young Emperor Qi Yan and Cheng Ruo Yu who battle against a group of dangerous eunuchs to restore the Emperor’s power. The c-drama starred Cheng Yi, Zhang Yu Xi, Lulu Xuan, Han Dong, Mickey He, Xi Xue, Vicki Xu, Stacey Xu, Ethan Yao, Bai Shu, etc. It is adapted from the novel “Jian Qi Hang” by Fei Hua that has a sad ending. Will Qi Yan and Ruo Yu get a happy ending in Dream of Chang’an or end up having the same fate as the novel concluded?

The c-drama Dream of Chang’an (2021) is a historical romance drama. Even though it is adapted from the novel, it seems people adore the drama more. It is currently airing and is almost near the end. Based in Xing Dynasty, the plot revolves around the young Emperor and his battle against a group of fearful eunuchs. In his power struggle with eunuchs, a young, beautiful Lady joins him and pledge her life to him. As their journey begins, both slowly but surely, fall for each other. However, destiny has already written their fate. What has the future in store for them? A long-awaited union or a forever separation?

Domestic viewers can watch it on the original network. The good news for international viewers the drama is available on multiple online streaming networks. It is available on WeTV, Viki, and the official channels on YouTube- YoYo English Channel and YoYo TV. However, viewers should note that WeTV and Viki may not be available in some regions. YouTube episodes are slightly behind the original ones. Keep updated about the episode schedule in case the broadcasting network changes the timing again. Till then, watch Dream of Chang’an (2021), enjoy the chemistry of the main leads, and see what fate has written for twin sisters.

As we mentioned, Dream of Chang’an (2021) is a historical romance drama adapted from the novel. It is set in Xing Dynasty in the ninth year of Tai’an (Originally, it was supposed to be Tang Dynasty but used the one mentioned in the episode). Emperor Wen Zong is locked deadly in a power struggle with a group of formidable eunuchs who command great authority at court. Emperor Wen Zong decides to strike back, preparing meticulously by ordering the death of their leader Qiu Shi Liang.

However, the mission ruins. It backfires when the eunuchs take revenge by sending the Emperor’s loyal first minister along with his entire clan on death row. Fortunately, the minister’s twin daughters, known as Cheng Ruo Yu and Qui Yan Zhi, escape. That changes both of their fates as they move off towards different directions with different resolutions. The eunuchs, on the other hand, seize more influence over the royal court, executing the Emperor as a mere puppet without any power.

Yan Zhi becomes part of Qiu Shi Liang’s household and secretly hell-bends revenge. Ruo Yu her sister, on the other hand, joins a group of military specialists enlisted by the new young Emperor Qi Yan. The young Emperor is more resolved to get rid of the scourge of eunuchs once and for all. In that, Rou Yu is even ready to sacrifice her life. As their journey continues, the two forge a romantic bond. But what will happen when the Emperor discovers her true identity and her connection to his mortal enemy?

Who is Marcus Scribner’s Girlfriend? All To Know About His Personal Life