While Dre is losing confidence at his job, Bow and Ruby believe Diane found a wrong man for herself in Black-ish Season 8 Episode 2. 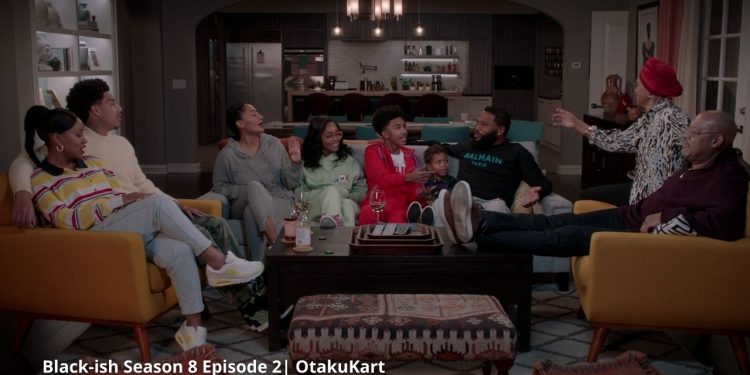 Black-ish Season 8 Episode 2 could become an ultimate deciding point for Dre who might be losing his confidence since climbing up the ladder of success. Before we move to that, talking about success, we recently had a huge guest to kick of Black-ish Season 8 in the form of Michelle Obama herself. Something no one saw coming, especially Dre though. Until, towards the end, he realized he became something he always hated when he tried too hard to meet Barrack Obama.

So coming back to what went down here, this is all thanks to Bow. She believed the family should often go out and make some friends. While Dre hated this idea and thought there was no need, one night out turned everything. Especially with the fact that they ended up becoming friends with none other than Michelle Obama. She was even joining them at their house but there were too many people ready to sabotage the calm dinner Dre and Bow were looking forward to.

Previously on Black-ish Season 8, Bow was trying to convince Dre that they need a couple of friends. To make sure they have some, she wanted him to come with her to a charity event. Dre was strictly against this but every other person around them has friends and a gathering to go to. So Dre complained a lot but in the end, decided to join Bow on this event. It turned out to be just what he thought, an event full of duds. Until a special guest in the form of none other than Michelle Obama came walking through the door.

Also Read: Awkwafina Is Nora From Queens Season 3: Is It Renewed or Canceled?

The family isn’t giving up though. The kids and Grandparents are teaming up. They were going to crash the party. From neighbor to Andrew Jr. to even Zoe returning. Everyone showed up at the Dinner. Dre and Bow on the other hand felt everyone was tripping while they were hoping to keep the dinner normal. They also believed Michelle Obama was looking forward to the same.

Still, everything went smoothly. Talking about life and dissing kids, Dre believes it was the start of a new friendship. They ask her for another such night hoping Barrack Obama will join them too but she replies he couldn’t as he is busy. The text also made Dre realize, he became what he hated, a dud. Still, the episode came to a close with grandparents teaching the kids to spend some time with their parents. Not just because some special guest was coming over.

Black-ish Season 8 Episode 2 is releasing on 11 January 2022. It is titled, “The Natural”. The official synopsis of the episode suggests that we may see Dre losing some confidence. This has to do with landing a good pitch since the time he climbed the ladder to general marketing at his firm. While self-doubts crawl up to Dre, Bow, and Ruby question Diane’s new date. They believe this new boy she is dating isn’t right for her as he doesn’t fit her standards.

When is Vampire: The Masquerade – Swansong Coming Out?