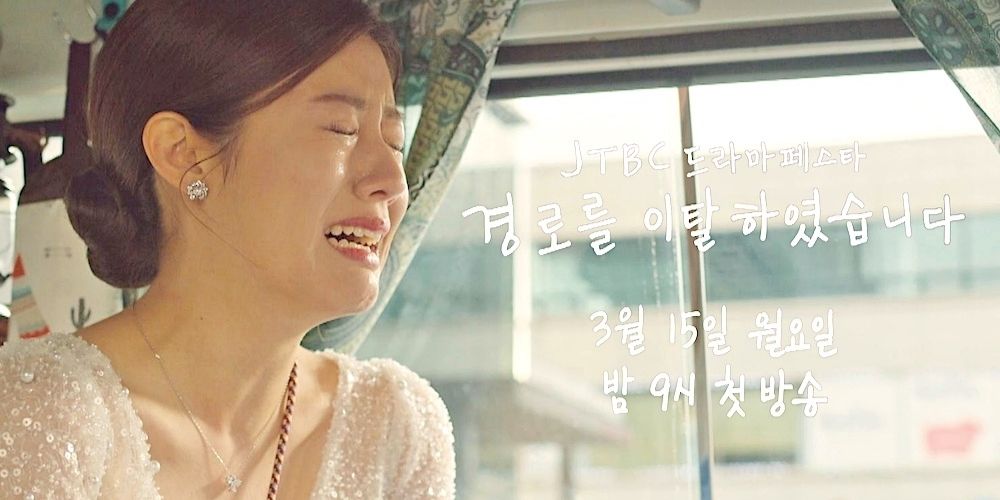 The Drama Festa: Off the Course is a Korean drama released in the year 2021. The drama is directed by Jang Ji Yeon. The screenwriting of the drama is handle by Choi Yi So. The drama revolves around the mother-daughter duo. The groom flees away from the marriage, and they chase him. The drama is looking quite refreshing and something that you can watch and relax. Also, the drama is cute as it shows the mother’s daughter bond and how it grows on the road trip. The drama is also known as Drama Festa: I’ve Deviated from the Path, Drama Festa: Off Route, Deurama Peseuta – Gyeoroleul Italhayeossseubnida. Moreover, this drama is part of the JTBC Drama Festa” series of drama specials.

The Drama Festa: Off the Course is a refreshing drama we will be rating it a 7.5 out of 10. There are a total of 2 episodes. Each episode has a runtime of 1.5 hours. The drama is short, quite like a movie divided into two parts. The genre of the drama revolves around Comedy, Drama, Family. The drama is 15+, so anyone can watch the drama. The drama got on air on March 15, 2021, and went off the air on March 16, 2021. The original networking partner of the drama is jTBC. Also, it is available to watch on online platforms.

The Star Cast of Drama Festa: Off the Course

The Drama Festa: Off the Course, a Korean drama, is one of the Korean drama releases in the year 2021. The drama revolves around the bond of mother-daughter explain via a road trip to catch the groom. The groom ran away from the wedding. The drama is starring Nam Ji Hyun as Kang Soo Ji, Park Ji Young as Kang Gyeong Ae, and Kim Bum Soo as Goo Sung Chan. They all play as the main lead of the drama. Kang So Ji is the daughter, and the mother is Kang Gyeong Ae. Both of them are chasing the groom, whose name is Goo Sung Chan.

Also, the other important supportive lead of the drama is Seo Jung Yeon and Moon Sang Hoon. Both of them supported the plot and made the drama easier to understand and understand. It is a light-hearted drama with a lesser number of actors, which does support the concept of two episodes. 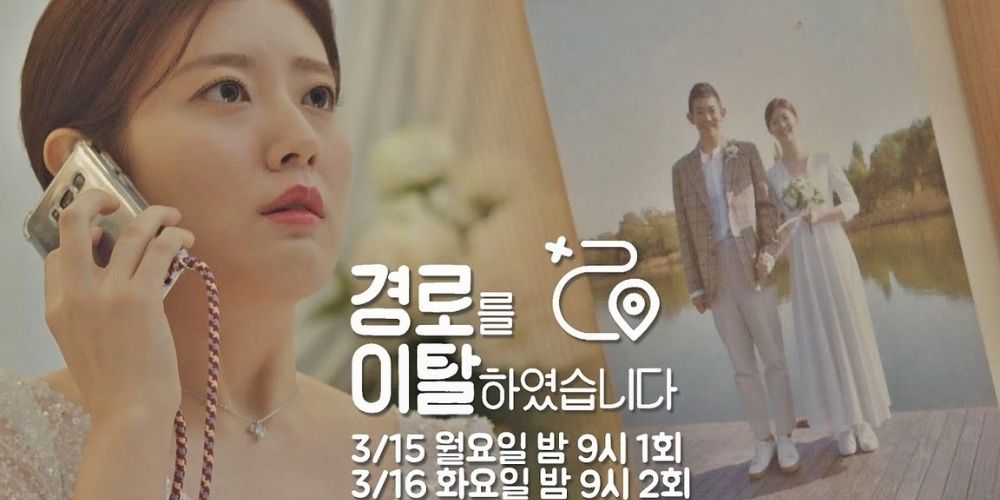 The Drama Festa: Off the Course is a refreshing drama that talks about the mother-daughter relationship. The drama is a two-episode drama which is having cinematography of a road journey. The drama revolves around a girl name Kang So Ji who is about to get married to Goo Sung Chan.

Her mother is Kang Gyeong Ae. The groom runs from the marriage, and the bride and mother of the bride are left behind. They run to chase the groom and ask him the reason to break the marriage and run away with no sign and signals. Also, the drama is a light comedy and relationship-based. It revolves around the journey of finding the groom with exploring the bonds. Overall the drama is something you can watch for some refreshing vibes and happy notes. 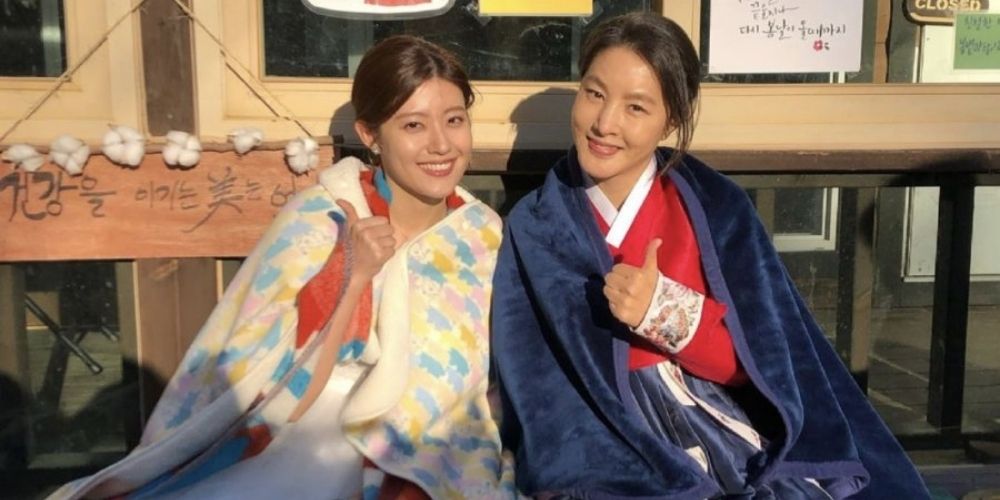 Episode Guide of Drama Festa: Off the Course

The Drama Festa: Off the Course revolves around the road journey of a mother and daughter who her chasing the groom who flees away from the marriage. There are two episodes in the drama each episode is 1.5 hours long. The drama will be great to watch if it is watched in a single go as a movie. In episode one of the drama, the whole scenario is shown. The series starts with a wedding where it is seen that Kang Gyeong Ae is happy about her marriage. She is excited and is clicking pictures for her wedding.

Read:   Will There Be Who Killed Sara? Season 2?

She is enjoying herself with her friends, and everyone is happy about what is going around. A little flashback is also shown where the groom Goo Sung Chan. Also, he is seen as happy and excited about the wedding that is going to take place. He is playing around and having fun. The scene comes to the present where the bride is waiting for the groom to come. Little did they know he left the wedding before everything could start. Everyone is confused about the situation as the groom was OK before marriage and everything was falling right. 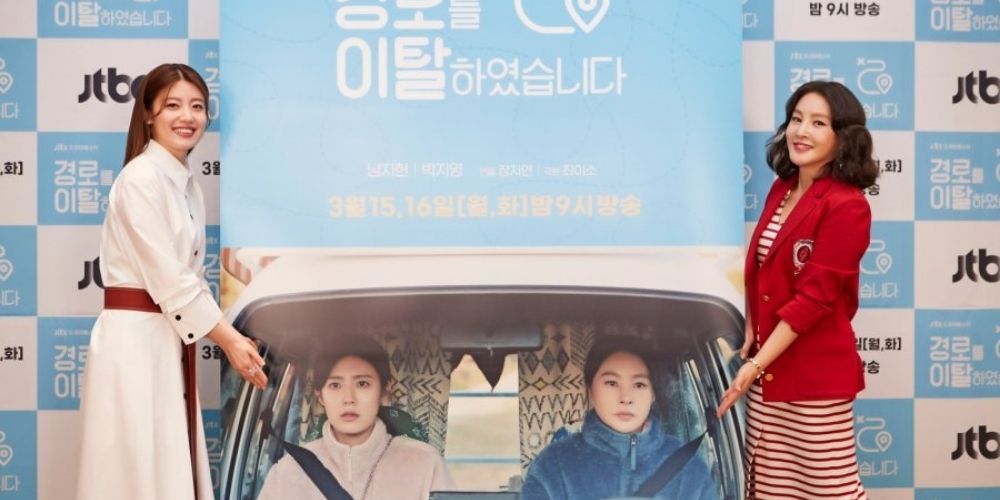 Suddenly everything falls apart, and the mother-daughter duo decided to chase the groom down and ask him what went wrong suddenly that he to leave the marriage in such a state. The drama takes a turn and shifts to a van setting that is chasing the groom. The plot takes a twist the journey becomes a reason to explore the mother-daughter bond. They both had some amazing bond growth which is shown in the journey. How they both have a better understanding of each other.

The drama is quite interesting to watch if you want to watch something that is not too long and can be covered up in a day, then this is the one. Overall the drama has quite a good story which shows how the relationship takes a turn and when there is something bad, there is always a good thing that follows up. Also a comedy-drama with an element of relationship and understanding.