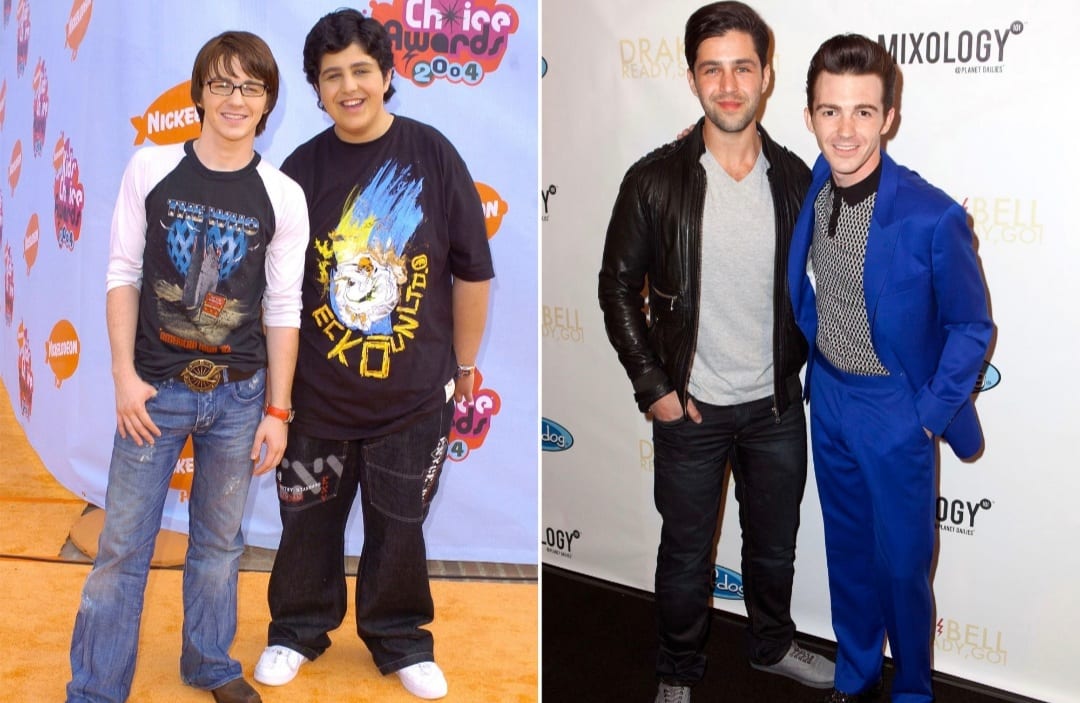 Drake Bell and Josh Peck are responsible for making many childhoods happy. The two were one of the great Nickelodeon duos back in the day. Now, much has changed since their time in the happy-go-lucky sitcoms. Amidst their goofy activities and hilarious dynamic was a strong bond. The duo was very close in personal life too. Well, until they kind of weren’t. We will talk about that later on, and about the sad contrast between Bell’s public persona back then and now. Drake and Josh’s offscreen relationship had the sibling dynamic too. And that was the reason for much shock and surprise to the fans during their briefly bitter period. Contrary to public belief, the duo didn’t get their start on Drake & Josh.

The crazy duo first got together on The Amanda Show. Drake was a regular on the show while Josh joined the cast in season 2. They hit it off great on the show, and the fans liked their dynamic. Their back and forth play-off of each other was hilarious. And with the hilarity came the consensus that the two have great chemistry. That chemistry later translated to the popular show that we’re all familiar with now. Their incredible chemistry on The Amanda show was what gave way to Drake & Josh. The show became very popular, running for four seasons between 2004 to 2007. The hit show followed the two as they try to live together after they become step-brothers. As they went on about their daily goofs and gags, their sister Megan would always land them in trouble. The show went on to become a big part of many childhoods. 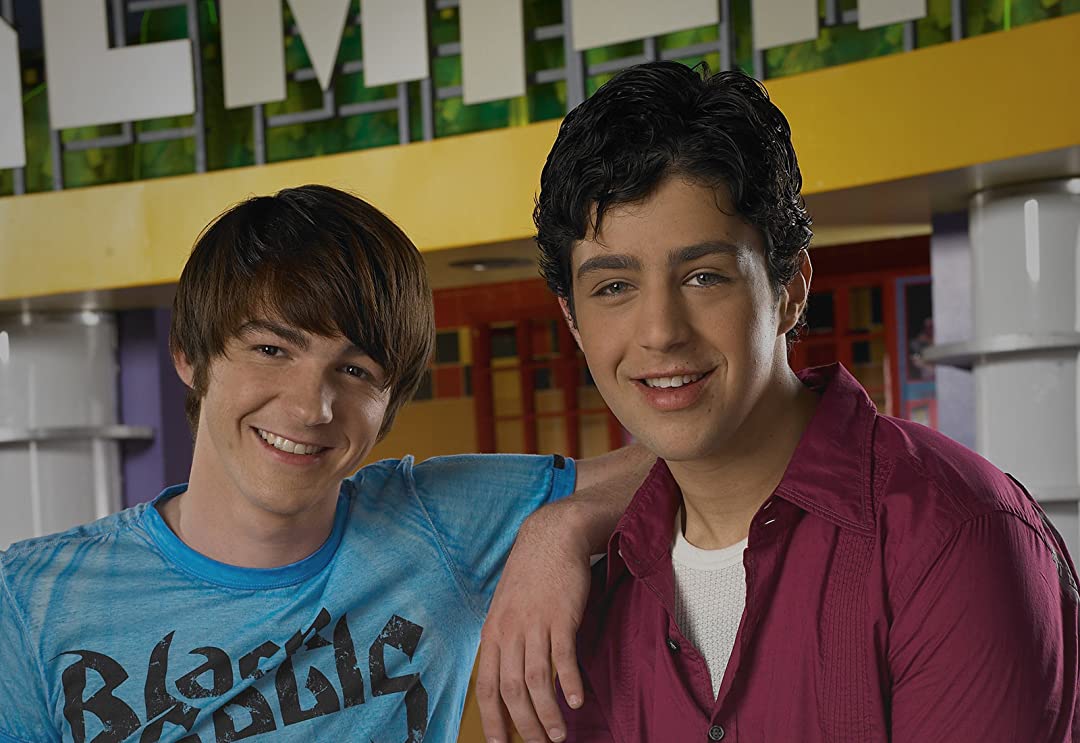 The duo got famous with the hit Nickelodeon show Drake & Josh.

Also Read: Drake Bell Net Worth: How Much Does The Famous Actor Earn?

What Happened To Drake Bell And Josh Peck After Drake & Josh?

Drake & Josh came to an end in 2007. After the show, Drake Bell and Josh Peck decided to go their separate ways. While Josh went on to stick with acting, Drake decided to dabble in music. Josh landed a couple of roles in movies like The Wackness and Red Dawn. He also kept landing gigs on TV shows like the Fox show Grandfathered. He starred alongside John Stamos in the show, where he’d eventually have a reunion with Drake Bell when he guest-starred. Meanwhile, Drake Bell went on to venture into music. However, he kept acting as well. In 2014, he dropped an album titled Ready, Steady, Go. He’d also go on to star in three Fairly Odd Parents movies, and lend his voice in The Ultimate Spider-Man.

The Wedding Drama, Falling Out, And Patch Up

The falling out between Drake and Josh came with the latter’s wedding. Josh married his longtime love, Paige O’Brien. But the controversy ensued when Drake Bell went on a small Twitter rant about the wedding invite. He didn’t get it. He expressed his disappointment on Twitter at not getting an invitation to the wedding. The fans were upset at all of this unfolding too. Later on, Drake said that it was not right of him to make his disappointment public like that.

Josh also went on to clarify the invitation thing. As it were, the two hadn’t spoken to each other in three years. Plus, Josh and Paige’s wedding was a very small-time affair. They didn’t invite a lot of people. And seeing the concurrent distance between him and Drake, Josh didn’t send him an invite. However, this drama eventually came to an end, and the two reunited once again. Now, they both are on good terms and back to being good friends. 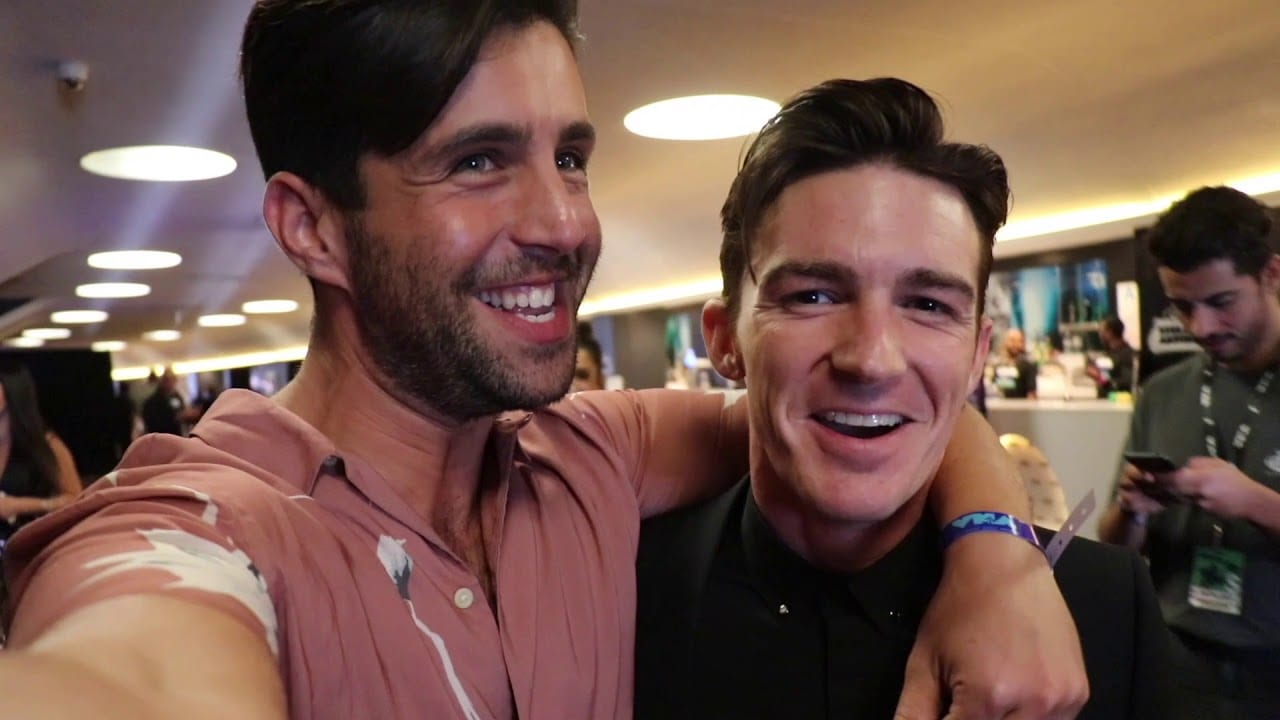 Drake and Josh reunited in one of Peck’s vlogs.

What Are They Doing Now?

Drake Bell and Josh Peck have gone different ways since their time on their Nickelodeon show. Josh has gone on to do well on several platforms. He’s had a couple of acting gigs in movies and TV shows as well. Some of his recent movie roles have been in Locating Silver Lake (2018) and Doors (2021). He has had a recurring role in the tv show called The Mindy Project. He has also lent his voice to a character in Teenage Mutant Ninja Turtles. Josh is soon to star in Disney Plus’ Turner and Hooch as Scott Turner. He also had a successful run on the Vine app while it lasted. After that, he hopped on to YouTube. He now has a sizeable audience on YouTube where he uploads vlogs.

On the other hand, things haven’t exactly been good for Drake Bell. He has fallen off quite a lot over the years. While he was also doing well with his music and acting career, he ended up sabotaging his career. The sabotage in question — Bell’s inappropriate and harmful conduct with a minor. The victim, a 15-year-old at that time, was a fan of Bell’s. Drake Bell was arrested on June 3, 2021, on charges of child endangerment and disseminating matter harmful to juveniles. This Monday, an Ohio court sentenced him to one year of probation. He had pleaded guilty to the charges. So, not quite the wholesome ending for Drake Bell.