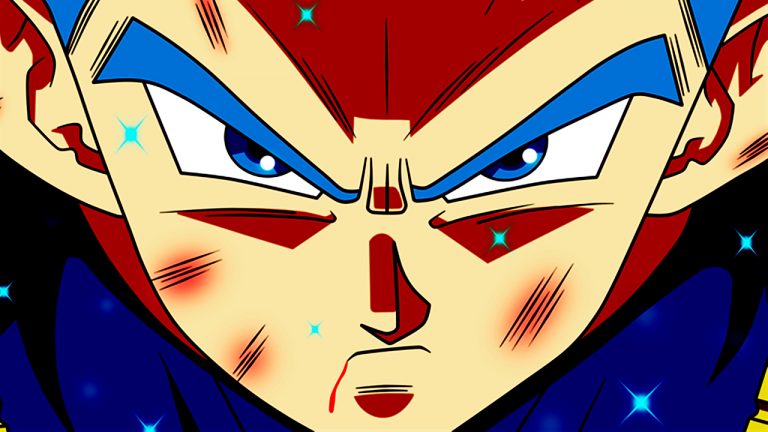 Dragon Ball Super Anime is at the climax of the Universe Survival Arc. Different universes have put together their fighters in a battle royale type scenario. The universe of the last man standing will survive while the other universes will be erased from existence. Goku, the main character of DBS, belongs to Universe 7. He handled the recruitment of the fighters for his universe. Vegeta, Gohan, Freeza, Piccolo, Android 17, Android 18, Krillin, Tien, and Master Roshi represent Universe 7 along with Goku.

In the arena, the fighters of Universe 7 are scattered into different groups. Some of them like Master Roshi and Krillin are already defeated. Goku and Vegeta team up against Jiren for a 2v1 showdown. Jiren from Universe 11 is a tough fighter. He has not been fazed by anyone and looks like the strongest fighter in the arena. Both Vegeta and Goku in the base Super Saiyam Blue form were unable to keep up with him.

Vegeta has activated a new technique in response to the unbreakable resistance of Jiren. As Goku uses Super Saiyan Blue Kaioken, Vegeta powers up to “Super Saiyan Migatte Blue”. Usually, If  Saiyans get pushed to the limit in terms of power, higher powers emerge from inside them. That’s what happened with Vegeta here. When Vegeta activated this evolved form, his aura changes to a darker blue and sparkles around him like in Super Saiyan 2. The speed and endurance of the fighter improve as his muscles buff up.

Super Saiyan Migatte Blue looks like a promising stronger technique. Previously, When Gohan activated Super Saiyan 2 against Cell in Dragon Ball Z, he completely overpowered the seemingly unbeatable Cell. We could compare the activation of Super Saiyan Migatte Blue to that incident. However, we also cannot ignore the fact that Jiren is still fighting at a low power mode. His true powers may exceed everyone’s expectations.